Fashion can be senseless sometimes, dividing people along lines of style that boil down to nothing more than a simple matter of taste. But some fashion trends are more polarizing than others, and since we’re approaching the end of the year, it seems like a good time to reflect on what the past twelve months have brought us in terms of controversial clothing. One of 2017’s biggest fashion trends — or faux-pas, depending on your point of view — has been the so-called “sock sneaker.” This hybrid between what you wear inside your shoes and the shoe itself has been making waves in fashion circles and among the general public for a while now, but is it really all it’s cracked up to be or just another flash in the pan? 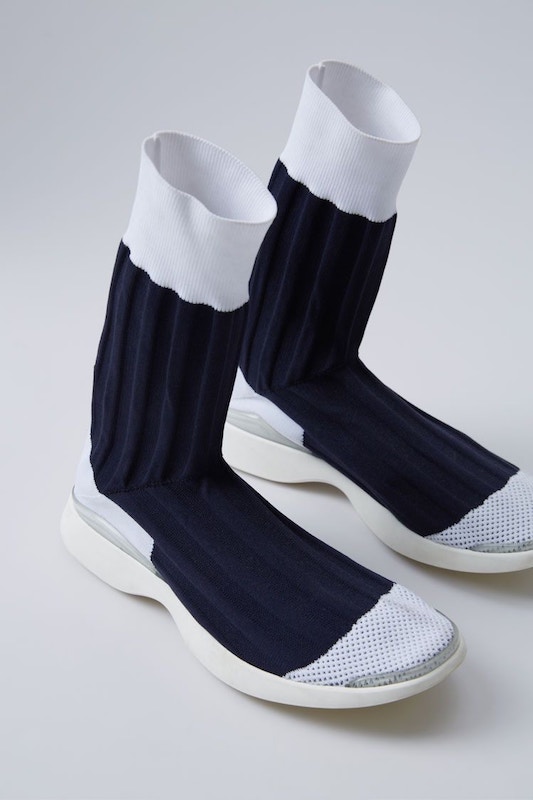 Labelled by GQ as “snockers,” the now-infamous sock sneakers marry the comfort of snug socks and the practicality of sneakers. Popularized by high-end labels and designers like Balenciaga and Kanye West with his “Yeezy Boost,” snockers appeal to the contemporary urban dweller who values style over sturdiness. These sneakers are not made for athletics. Instead, they are often seen paired with suits, slacks, or dresses for a quirky, smart, casual look that’s in line with sporty fashion trends like “athleisure,” which has been gracing catwalks all over the world in recent years. 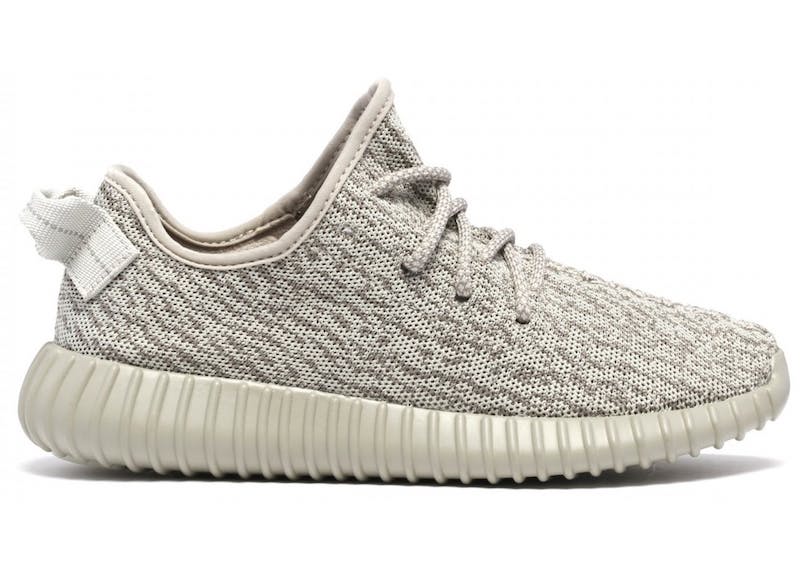 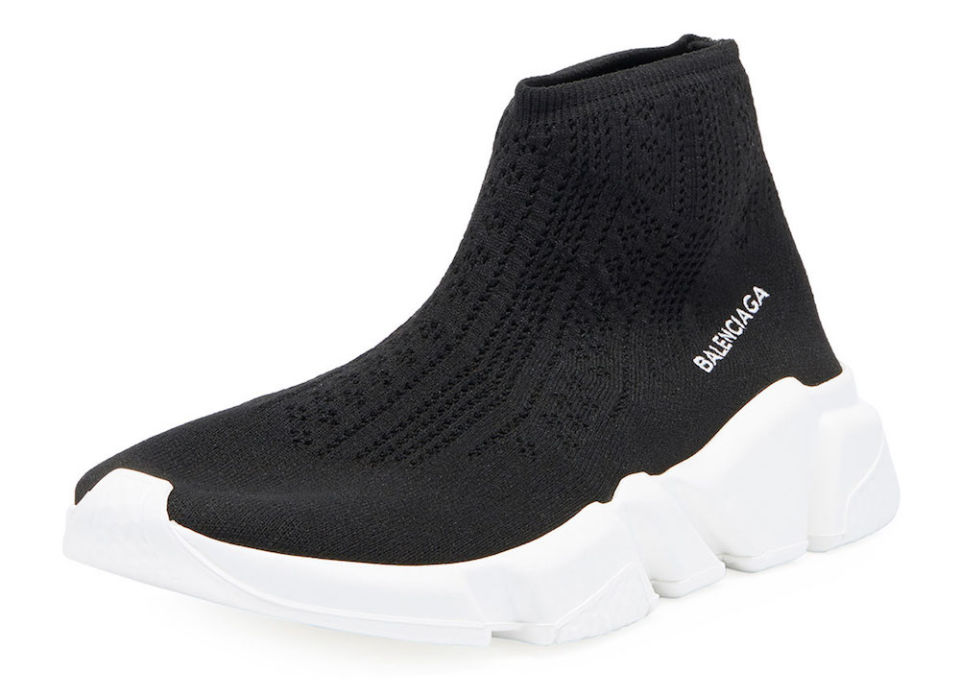 These shoes usually have a stretchy knit upper sole, which itself resides on a rubber sole base. Their colorways are often contrasting, clearly defining the difference between their sock and shoe components. Falling in line with “normcore” fashion (a stylistic backlash against all things hipster), the snocker is joined on the list of this year’s fashion trends by the bulky “dad sneaker,” an item again popularized by trendsetters Balenciaga and Yeezy. But sock sneakers have also made their way to the masses, being manufactured by everyday brands such as New Balance and Adidas. Even couture Swedish brand Acne Studios has gotten in on the action by creating the quintessential sock sneaker, whose upper sole goes one step further than the rest by incorporating a ribbed hightop element, which ends in a capped toe and makes the entire shoe look exactly like a sock.

The popularity of the snocker cannot be underestimated: Balenciaga’s $700 offering, the “Speed Trainer,” is perpetually out of stock, with demand for it always far outweighing supply. This shoe takes some cues from dad sneakers, but it’s decidedly minimal in appearance (one of the keys to its popularity, as it can be worn to dress down a smart look and dress up an informal one). Zara has released a similar, more cost-effective version that starts at $70. 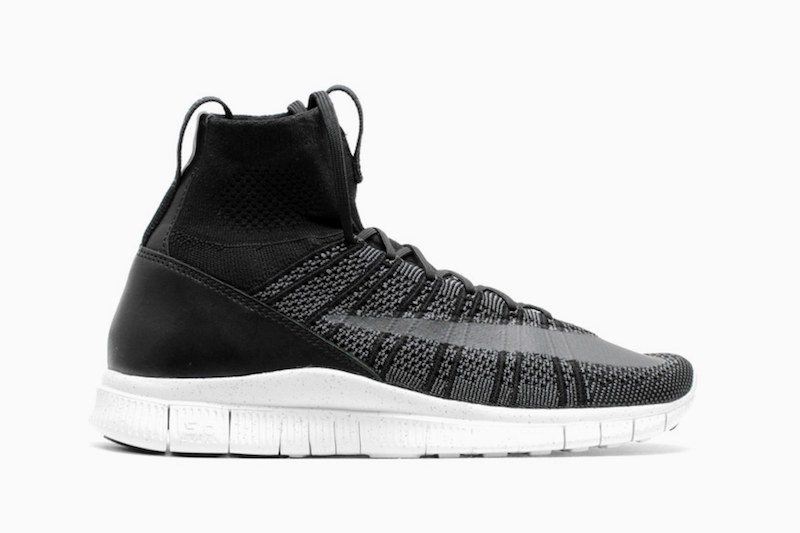 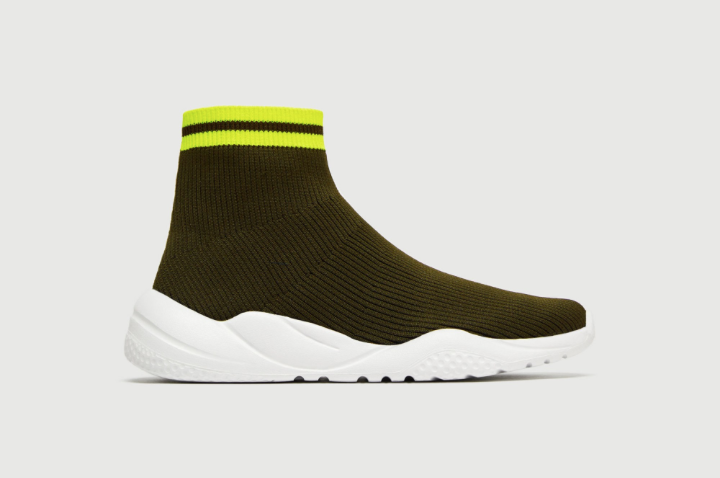 Snockers have also become the shoe of choice in Silicon Valley, and one could imagine that if Steve Jobs was still around, he might have traded his characteristic gray New Balance kicks in for a pair of them. Techies in the Californian cyberhub explain that they wear snockers because of how comfortable they are, but this is not a demographic known for its cutting-edge style. It’ll be interesting to see what 2018 brings in terms of fashion if tech buffs become the new trendsetters!