Abandoned for 70 years, this half-forgotten, stone-walled space beneath a former hotel is now a bright and spacious Parisian apartment. Not only has architect Anne Rolland created a captivating space that contrasts the historic charm of the original surfaces with modern built-in elements made of wood, she’s also found a creative use for what used to be a trash and slurry pit accessible by a trap door in the kitchen floor. For decades, the entire apartment was no more than a little-used corridor between a larger apartment upstairs and the gardens outside. Originally built in the 17th century, the townhouse in one of Paris’ oldest neighborhoods was closed-up and dark, full of partitioning walls. Rolland knocked down these dividers for a bright, spacious open-plan residence. 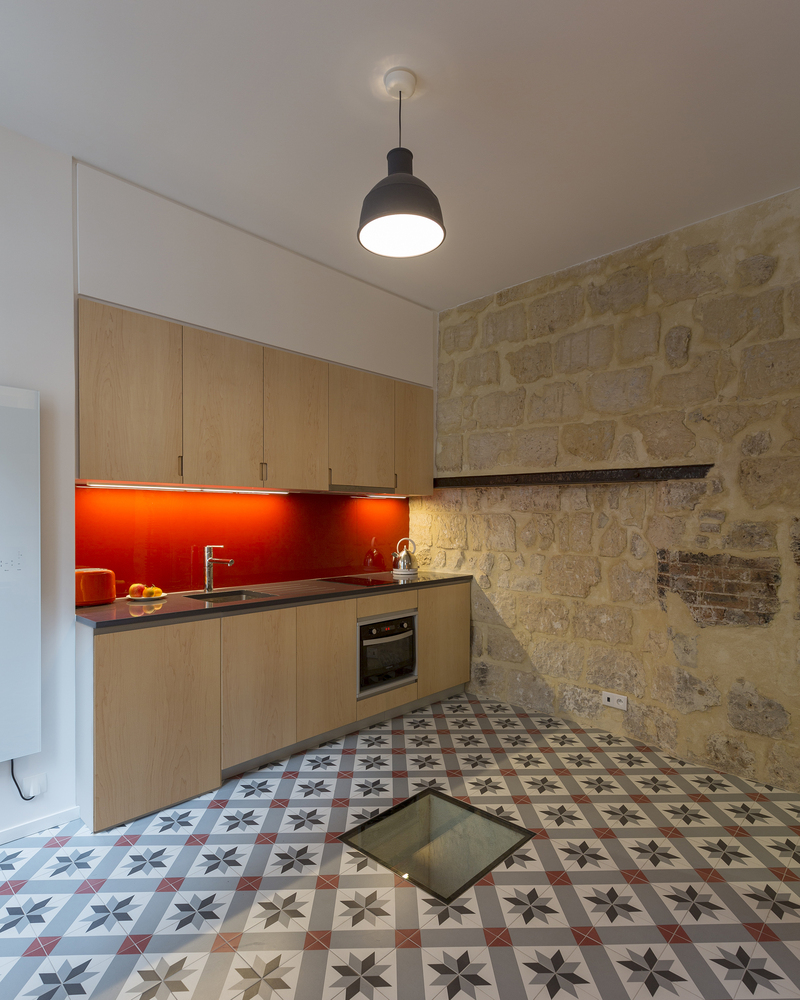 Standing at the center of the apartment is a birch-plywood storage system that offers built-in furniture as well as a room divider separating the sleeping quarters from the rest of the apartment. Contained within it are a desk, dresser, drawers and cupboards. Once hidden behind plaster, the original stone walls are now the highlight of the space, and the architect sticks to the Parisian vernacular with graphic-patterned tiles like those found in the city’s old bars. 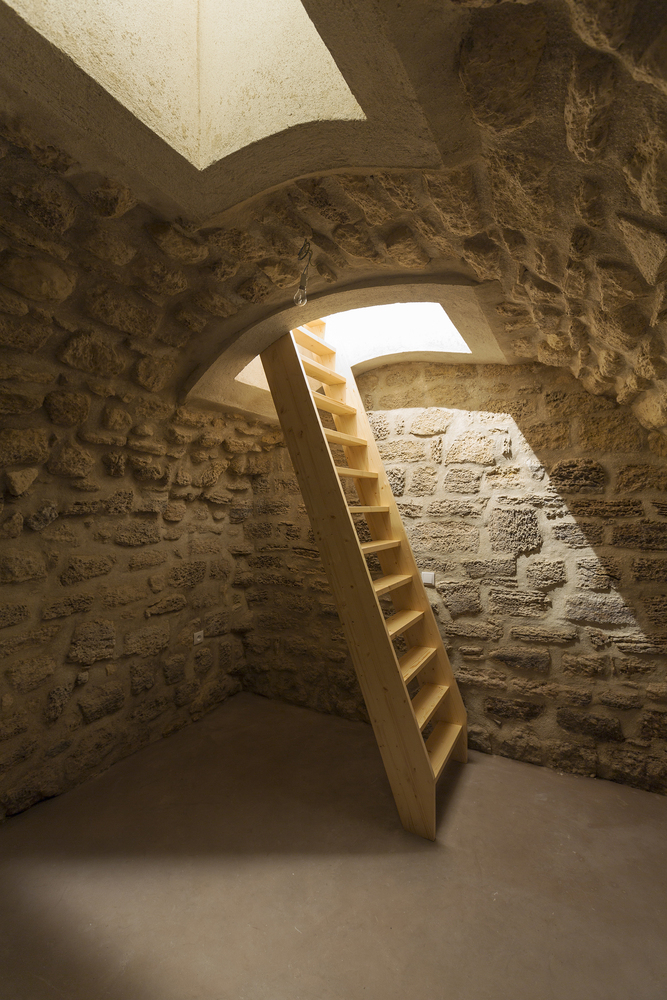 The barrel-ceilinged pit, once full of animal waste, can now be reached via a set of wooden stairs plunging through a mechanical trap door. Naturally soundproof, the space is perfectly utilized as a music studio and home cinema for the guitar-playing owner.

“This one-room flat is located in one of the oldest part of Paris, in a mid-seventeenth century mansion townhouse. Connected to the ground floor of the yard, what were the former stables became the kitchen of the master flat above.”

“Space is divided in two by amultipurpose closet furniture: on one side the bed corner and the toilet, on the other one kitchen and living space. This furniture, entirely made of birch plywood, first raises the bed from the floor on an intimate stage, and is also used as storage space, as desk and dressing room.”

“During the work, the former slurry pit was found, and was restored. A 10sqm bonus for the flat ! A piece of glass floor and a mechanic trap door were installed to make access to daylight and visitors.”