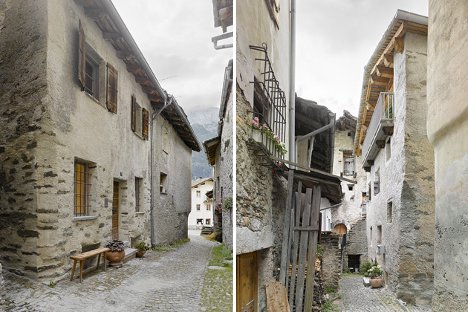 The idyllic mountain village of Soglio, Switzerland has experienced plenty of ups and down in population levels over the past century. As such, some homes and buildings have sat vacant for long periods of time. One such home was spectacularly rehabbed by Christian Speck of Form Zone. 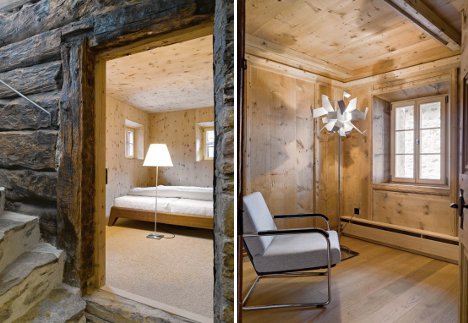 The site of the 15th century stone house used to hold two homes and as such boasts two entrances and dual staircases. On the exterior of the home, nearly everything has remained the same. On the inside, however, the home has undergone an almost-unbelievable transformation. 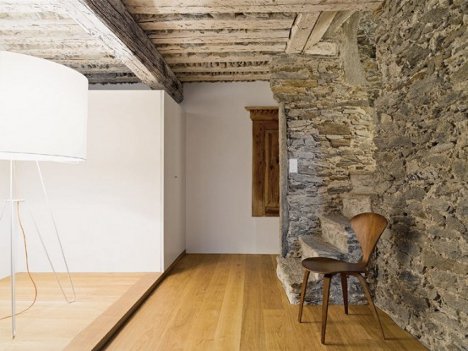 Some walls were clad in natural wood while others were covered in slick white lacquered surfaces. Rather than making the space look vulgar and giving it a forced-modern look (as one might expect), the changes seamlessly transition the home into a stylish modern look. 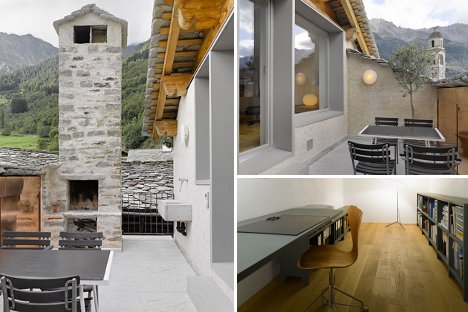 One of the best parts of the home is the rooftop, where residents can enjoy two separate rooftop sitting spaces. Views of the other stone rooftops in the village and the majestic surrounding mountains are enough to make you almost reluctant to go back inside. 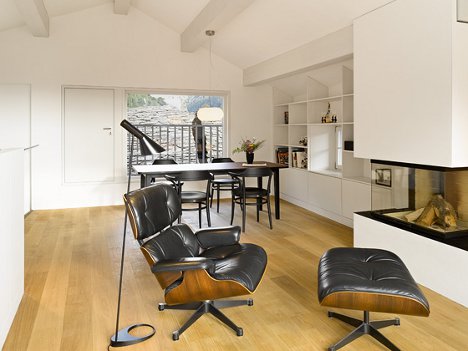 Continue reading below
Our Featured Videos
It takes an expert hand to transition a home from ancient to modern. It takes an equally skilled person to make a modern home seem cozy and livable. Christian Speck did both in incredibly elegant style within the ancient walls of this breathtaking home.