The transition from Etruscan to Roman rule was a time of violence and upheaval in ancient Italy, with the two civilizations struggling for dominance over what is now Tuscany, western Umbria, and northern Lazio. But an incredible discovery of 24 bronze statues in the Tuscan town of San Casciano dei Bagni (San Casciano of the Baths) could rewrite that period of history, shedding light on peaceful interactions between Etruscans and Romans that historians never knew about. 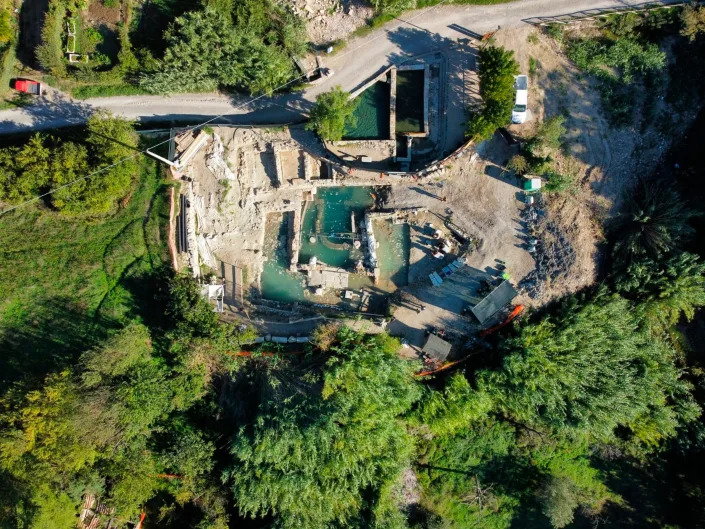 The ancient Etruscans thrived for some 500 years in central Italy before the Roman Republic was established in 509 BCE. The Roman-Etruscan wars resulted in the overthrowing of the last Etruscan king of Rome and the assimilation of Etruscan culture into the new Roman Empire. The statues make it clear that the Romans and Etruscans were not only co-mingling, but worshipping together at this sacred site. The Italian Culture Ministry describes it as a “unique multicultural and multilingual haven of peace” during a time when the civilizations were mostly at war. 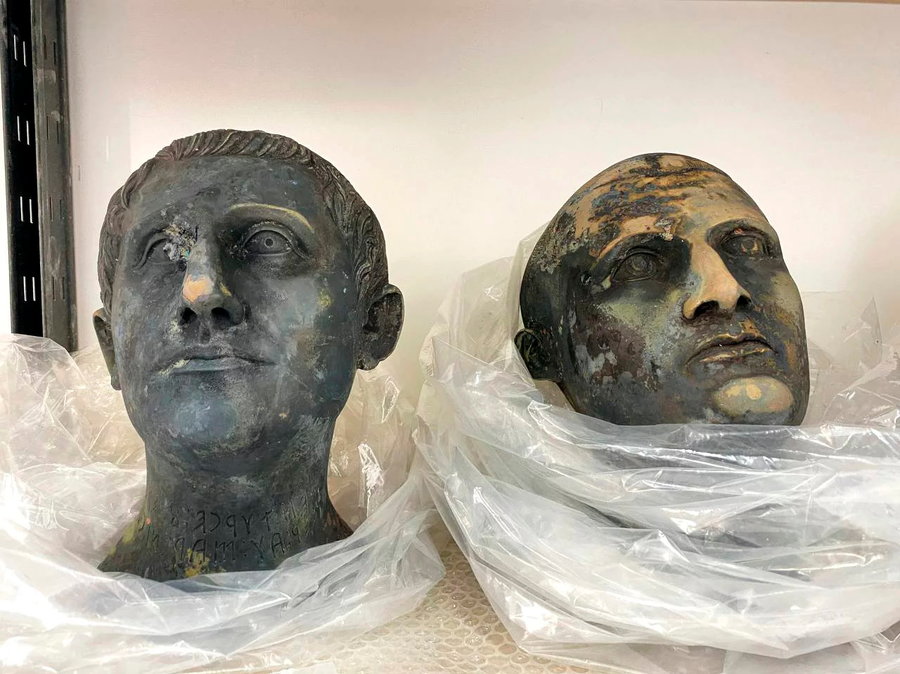 A team of Italian archaeologists unearthed the bronze statues of human figures in September and October from the mud and waters of an ancient pool in San Casciano dei Bagni’s hot springs. Over 2,000 years old and almost perfectly preserved by the unique site conditions, the statues represent the largest deposit of bronze statues of the Etruscan and Roman age ever discovered in Italy. 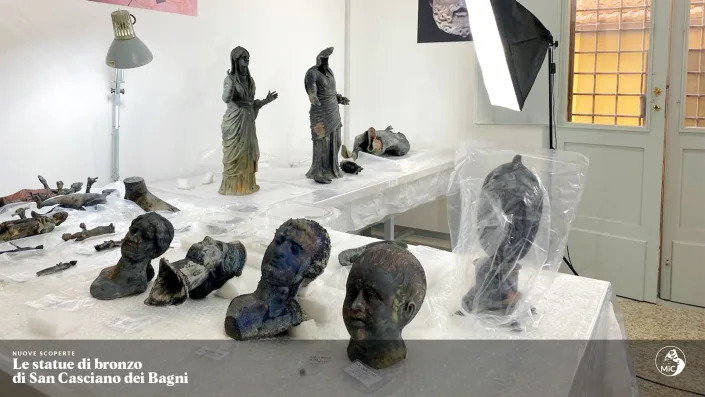 They date back to between the second century BCE and the first century CE, yet their features are still sharp, and the inscriptions (in both Etruscan and Latin) are still legible. Among the statues are representations of the gods Apollo, his son Asclepius, and Asclepius’ daughter Hygeia, from whose name we get the English word “hygiene.” Back in 2020, when the dig first began, archaeologists discovered a large marble pool of an ancient sanctuary decorated with fountains and altars to these same deities. 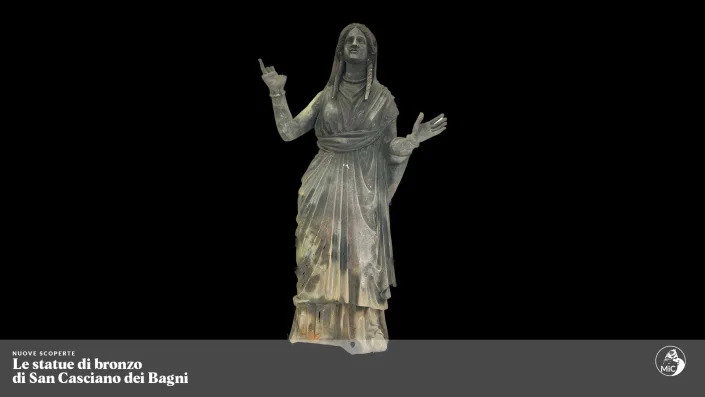 Other findings include about 5,000 coins, small votive offerings representing body parts in need of healing, and bronze depictions of internal organs that are shockingly accurate. The findings indicate that Etruscan and Roman families prayed together at the sacred sanctuary of the thermal baths. 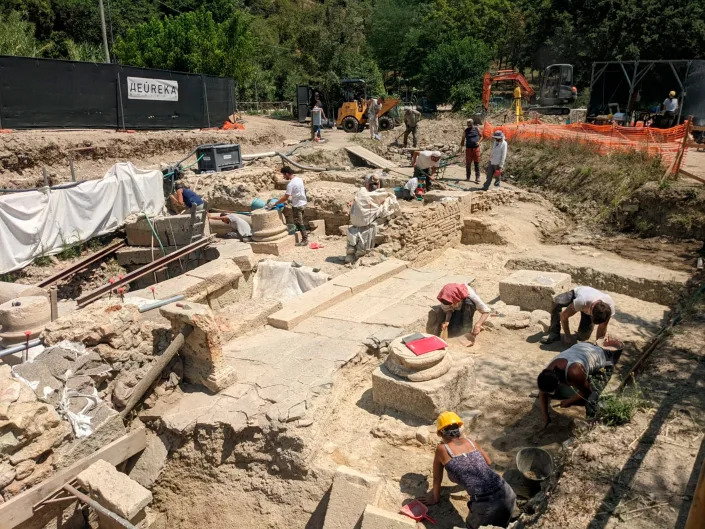 “The pool was a sacred place, only the religious custodians could bathe there,” says Ludovico Salerno, a member of the local archaeological association that participated in the work. “Sick people came to the sanctuary in the hopes of being cured and would offer gifts to the gods. It was a place of suffering, and it was a place of hope.”

Researchers have determined that Romans dismantled the sanctuary piece by piece around the year 500 CE, about two centuries after Christianity became the official religion of the Roman Empire. The statues were then laid at the bottom of the pool and covered with columns and slabs of marble in what archaeologists describe as a reverent and respectful burial. 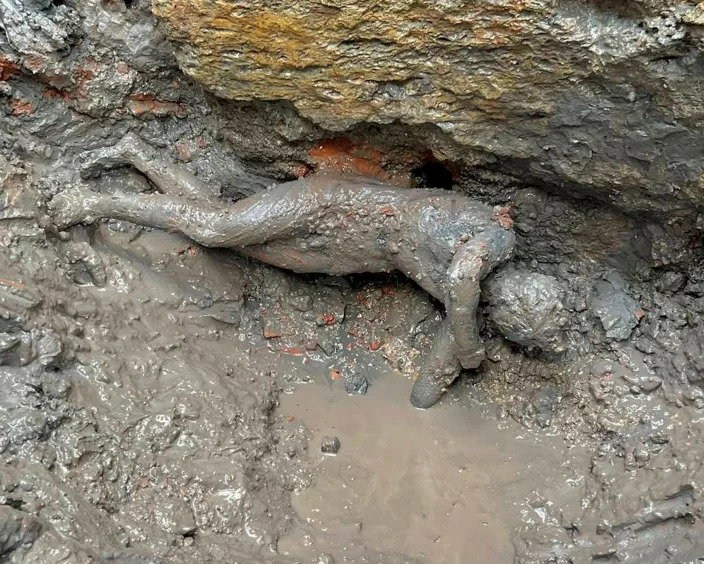 Together, the findings provide an unusual amount of context for what life was like in that particular place at that particular time, potentially allowing scholars to rewrite the history of the transition from the Etruscan to Roman civilizations. “We can describe all the life, day by day here, through four or five centuries, so this is incredible,” says archaeologist Emanuele Mariotti.

Excavations will resume next spring, and the statues will be displayed in a new museum planned for the site.