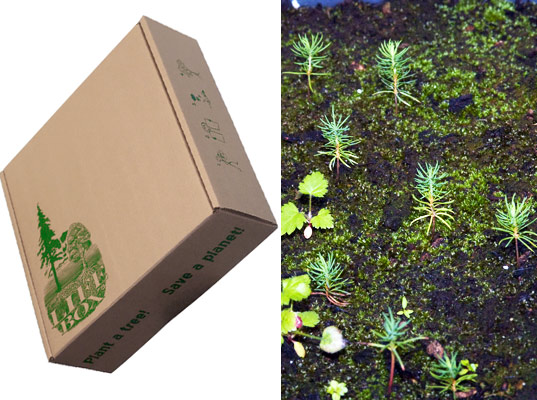 Save the Earth, plant a … package? Hidden in corrugated cardboard walls within an unassuming brown box is the seed of a new life – packaged with a built-in way to ‘pay’ for the environmental ‘cost’ of creating the box in the first place: the potential to grow replacement material for its own construction. 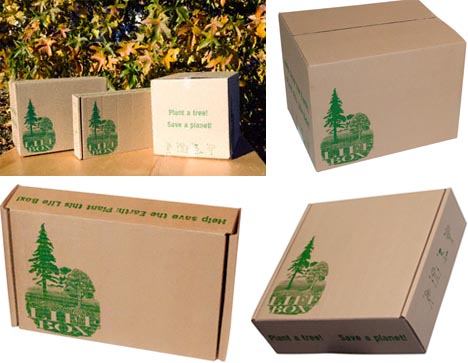 Upcycling usually refers to something made better through human intervention. Thus, the simplicity of planting this paper-based box in the ground makes this one of the easiest eco-friendly ways to upcycle ever invented – along the lines but taken a step further than plantable wedding favors or grow-your-own business cards. 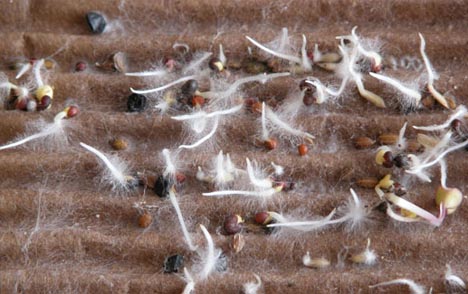 This idea has elements of subversive seed bombing as well as the every-bit-counts attitude to environmentalists, boxed up inside what is already a universal mode of shipping (with environmentally-safe inks of course). 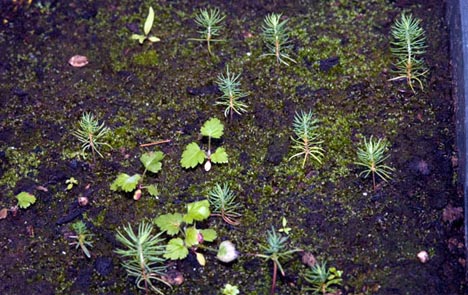 Consider the possibilities: endless tree, shrub, flower and even fungus species selected based on the region to which a gift is being shipped; entire gardens (or forests) built out of envelope and box waste we would be using up anyway. The growth potential is powerful, pun intended, and green product designers (prone to making entirely new products rather than adapting old ones) would do well to take note of this ingenious LifeBox idea.

In an interview with HeadCount, creator Paul Stamets says, “Our goal, and our hope, is that it will become as ubiquitous as any plain brown box. The question becomes: Why wouldn’t you ship your products in a life box? Are you opposed to re-greening the earth? This is a bridge idea. It doesn’t matter what side of the climate-change issue you’re on. I think everyone believes that planting trees is a good thing. Kids get the idea instantly. I became a biologist the day in kindergarten when I saw my first Dixie cup sprout a sunflower from I seed I had put in there and watered. It was a magical event.”

“My grandson had the exact same experience with these trees. I told him that one day his grandkid’s grandkids might walk through an old-growth forest we created from a Life Box. And without skipping a beat he said, ‘Cool.’ He immediately got it, and it was an epiphany I think we all can share. The Life Box empowers individuals. It may be a very depressing period psychologically and economically, but the Life Box delivers both hope as well as a solution to a pressing problem we all share.”