When an Iranian architecture firm was tasked with creating a home that simultaneously conformed with traditional styles and provided a fresh perspective, the result was a simple but edgy thatched roof A-frame that seamlessly accomplished both missions. 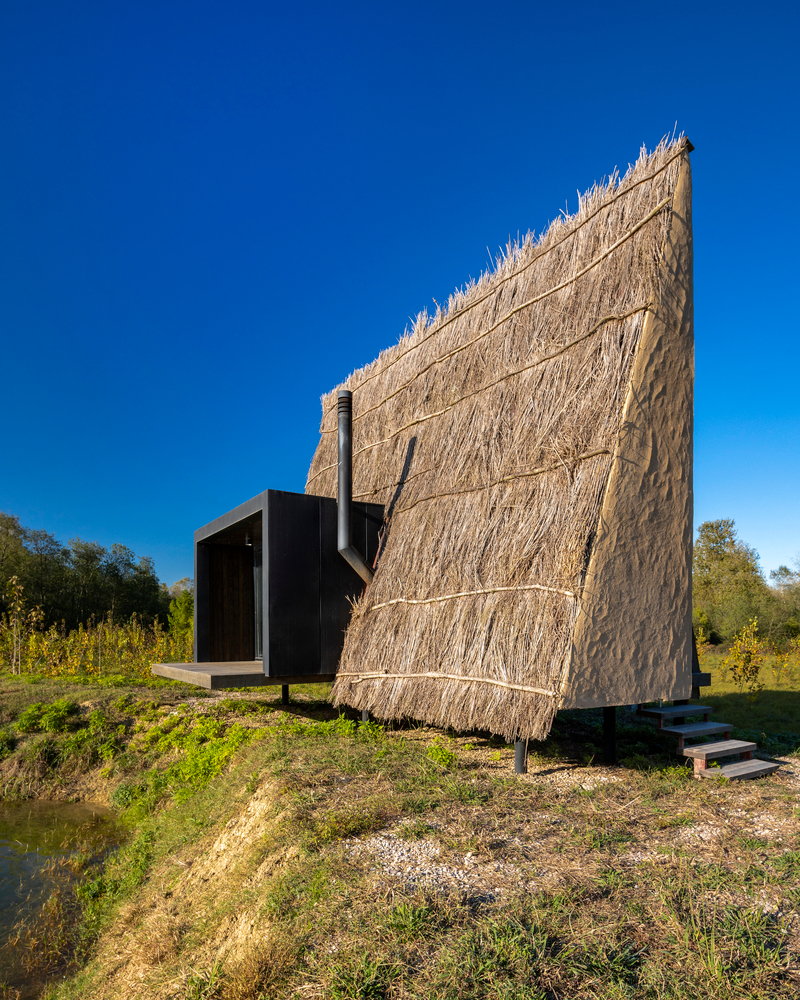 Officially called the “Wicker House,” the cabin sits near the city of Noor in the northern Mazandaran region of Iran, a place where the architecture has evolved according to the natural climate conditions. Situated along the southern coast of the Caspian Sea and adjacent to the Central Alborz mountain range, the weather is fairly temperate, with temperatures ranging from roughly 50 to 90 degrees Fahrenheit. Homes in the region have traditionally been built of stone, stucco, and natural roofing materials. 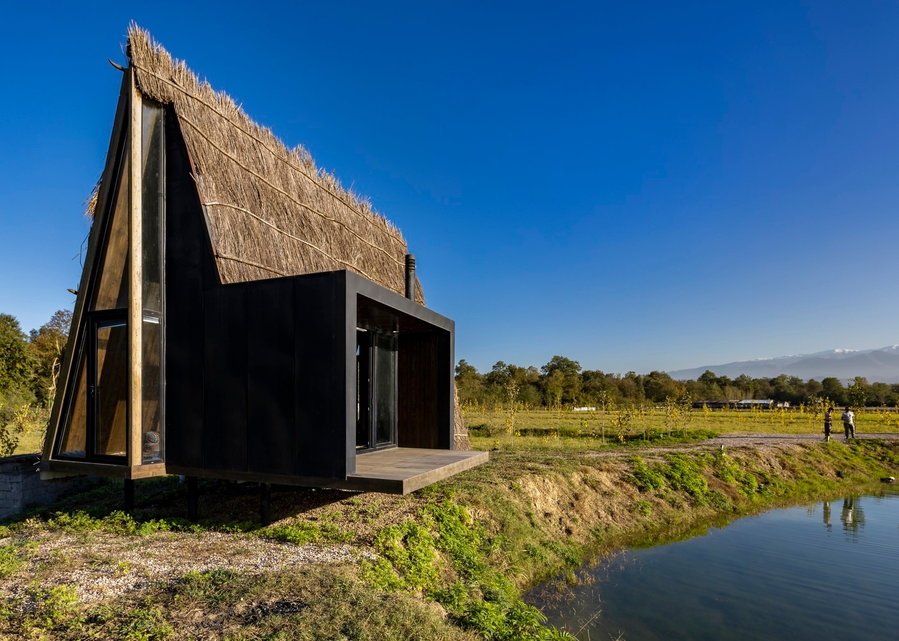 After examining the project requirements, the Iranian Shaygan Gostar Architectural Group decided to let the landscape determine the form of the home. “This architecture regarding the structure was completely dependent on nature – that is to say, for the construction of a building, all the components of the architecture natively have been prepared from the nature of the local region,” the Group says. 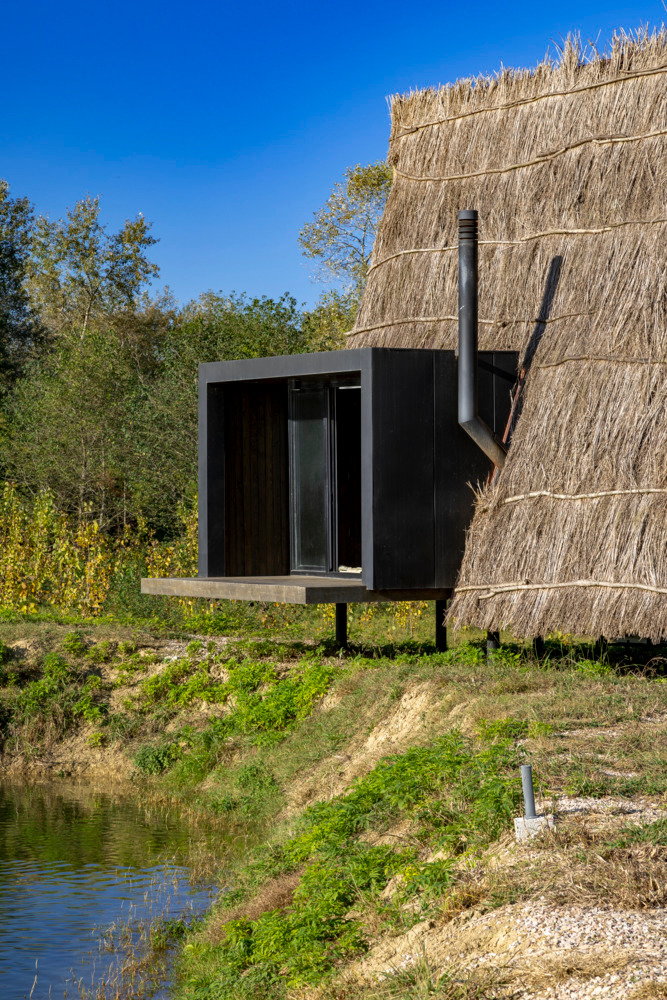 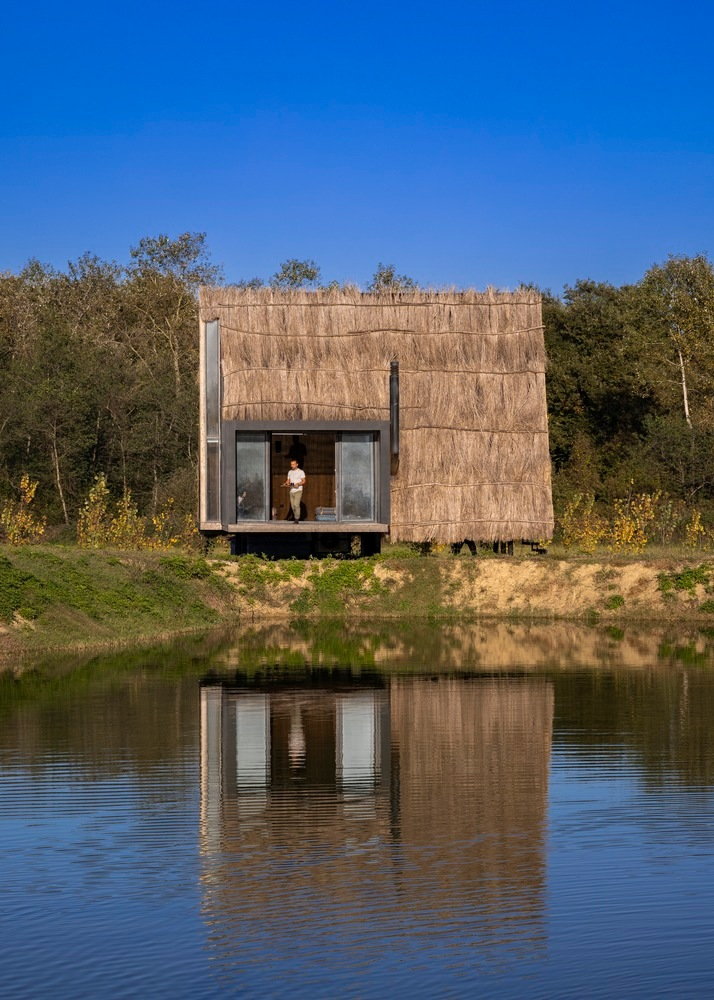 The house was originally to be built next to nearby agricultural land, but a survey of the site revealed that a spot overlooking a small dam and the surrounding landscape would be more suitable.

To satisfy the demand for a “new experience,” the architects designed an A-frame structure comprised of simple geometric forms. The available photos even include step-by-step instructions. After the main triangle was created, a box from the base was removed. Then a triangle was removed from each side for the window and doors, after which stilts and stairs were added. Finally, the patio box was added to the front of the house, with one side removed to provide water access to the patio. 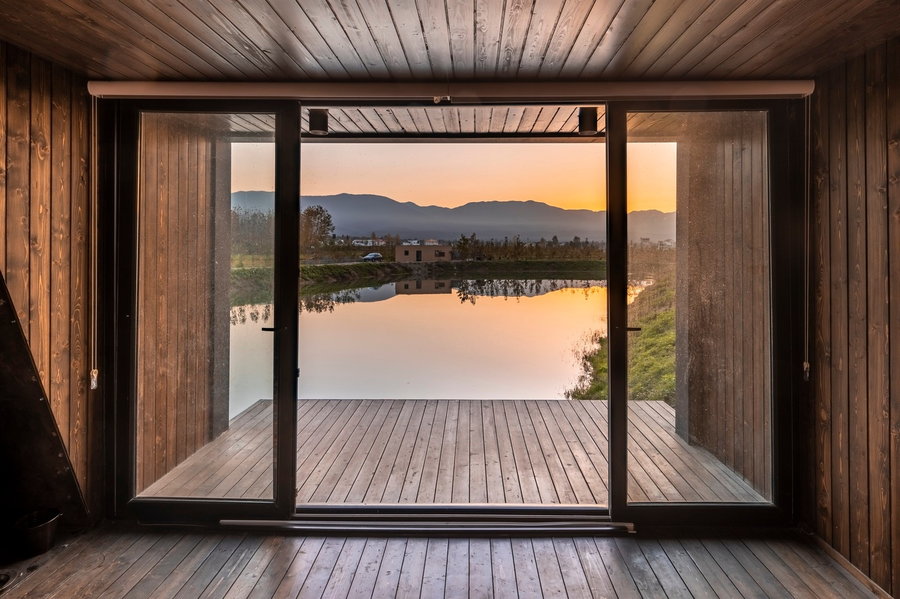 To meet the requirement to conform to the local architecture, the materials were kept simple: wood and metal for the frame, straw, clay, and bulrush for the roofing and exterior sides. The architects explain that this maintained “the available space so that it can be in harmony with the rural houses left from the past. The long gable roof has been used at cabin form to be close to the rural housing typology.” 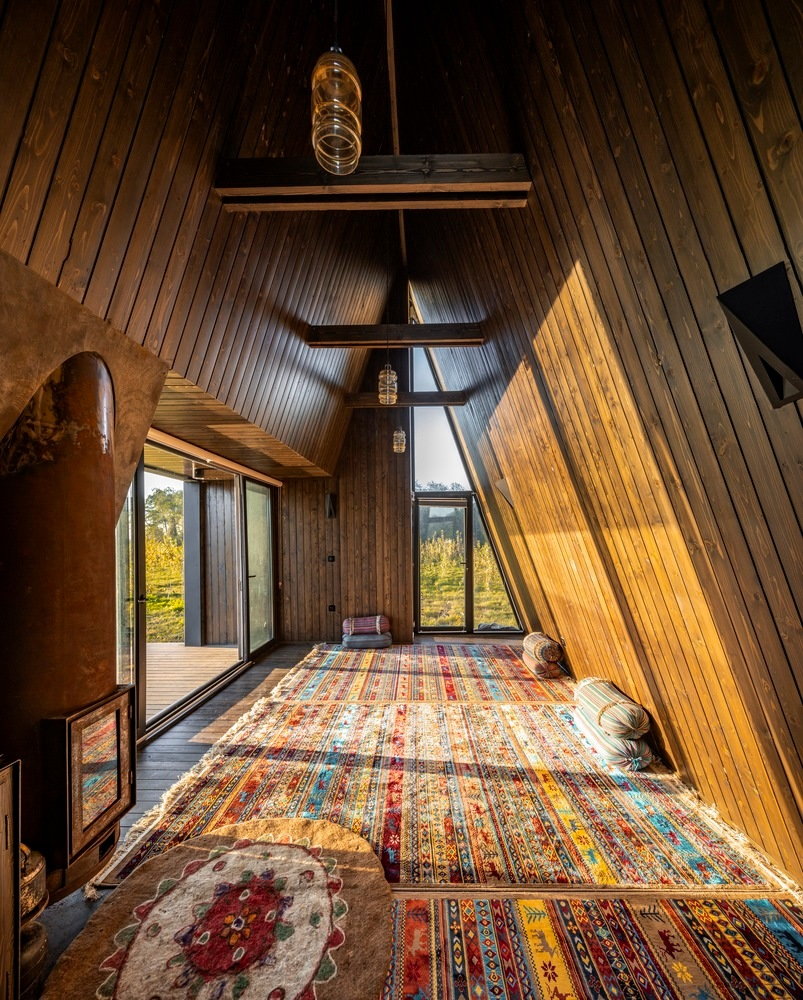 The interior is essentially one long, open space with a small bathroom and attached covered patio. Colorful rugs warm up the space, as well as a traditional fireplace with an elegant cylindrical flue that cuts through the angled roof line. Modern lighting and a small kitchenette make modern life attainable even in this more rustic structure. Floor-to-ceiling windows and doors leading to the terrace provide a perfect view of the pastoral landscape, including glowing sunsets that create beautiful pond reflections of the surrounding mountains. 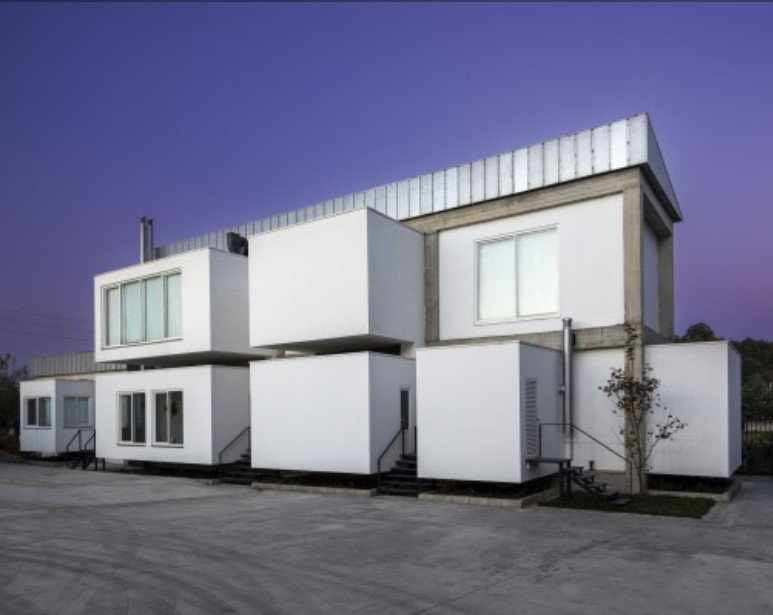 Shaygan Gostar stayed true to its own personal architectural style with this build. In 2020, thy completed a concrete factory in North Kandovan with similar pop-out boxes and lots of clean lines. 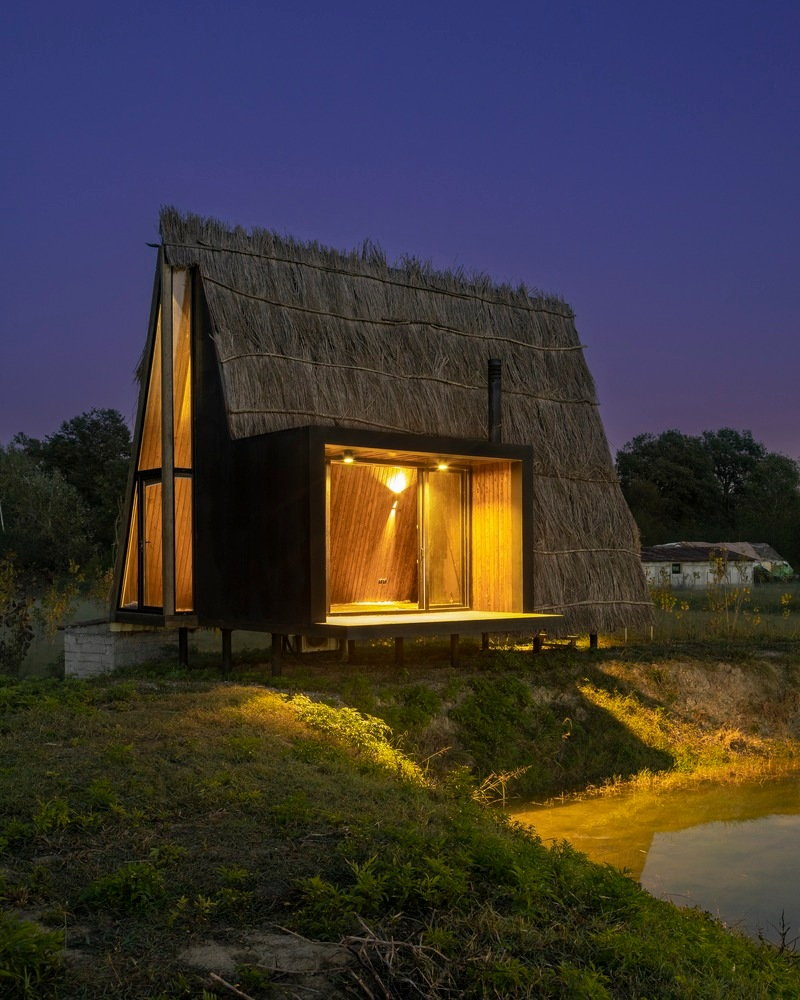 The Wicker House is an example of how modern ideas can effortlessly flow through spaces without disrupting the aesthetic of the surrounding landscape.