Some architects attempt to liven up drab and uninspiring office spaces by bringing in a little greenery. Spanish architecture firm Selgascano did the opposite for co-working space Second Home Hollywood, bringing the offices outside. It doesn’t hurt that the Los Angeles location practically begs you to spend as much time as possible outdoors with its sunny, temperate climate, but the way the design staggers these organically shaped office pods through the landscape makes Second Home feel a bit like an architectural interpretation of a lemon grove. 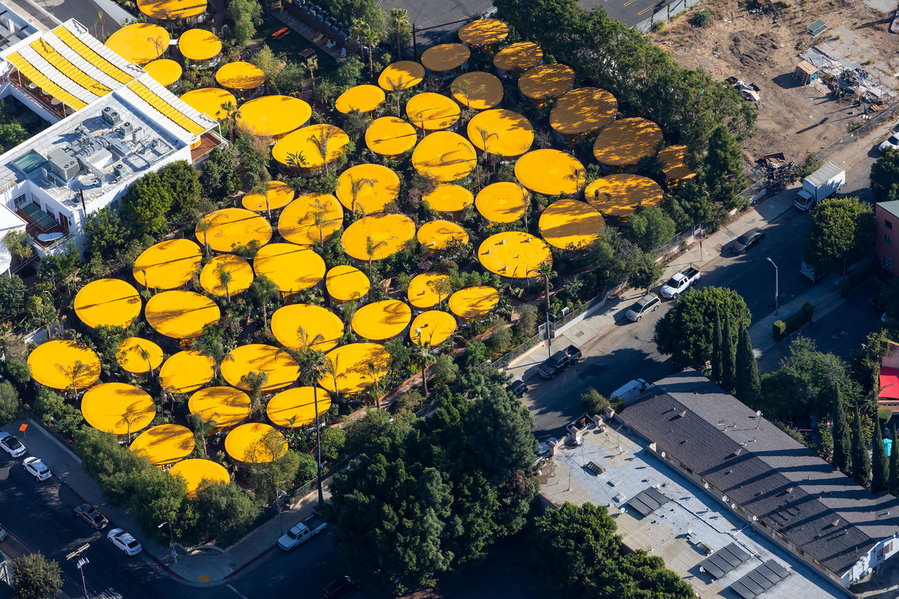 The site, formerly owned by the Assistance League of Southern California, was special in the first place. Its primary structure is a classic Neocolonial building designed by Paul Williams (the first recognized Black architect to work in Los Angeles), which the firm renovated for the project. It’s now used as the main entrance for the co-working campus and its largest indoor space, featuring a café, bar, restaurant, event and conference hall, resting areas, terraces, and 200 workspaces. A second building on the lot was demolished to make way for 60 new oval-shaped single-story offices and meeting rooms. 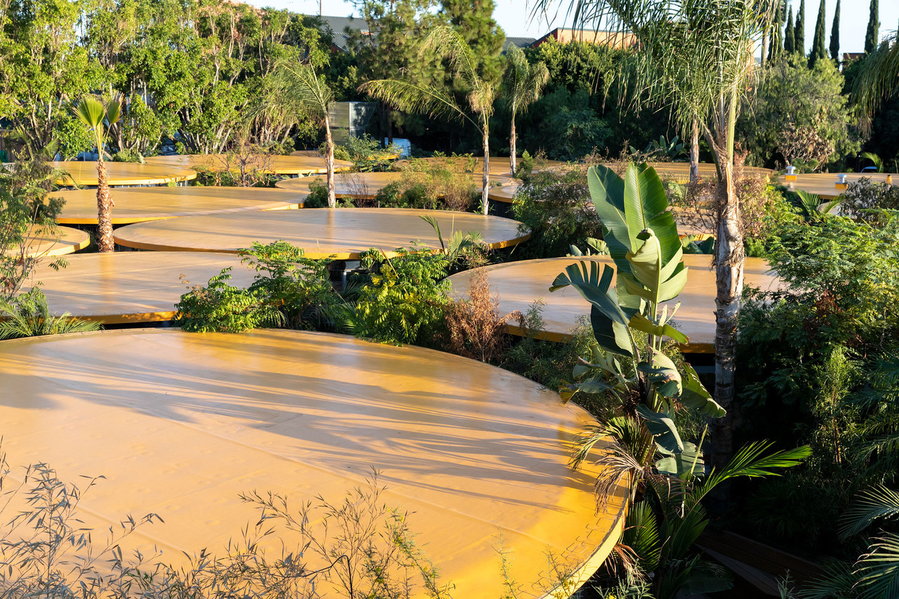 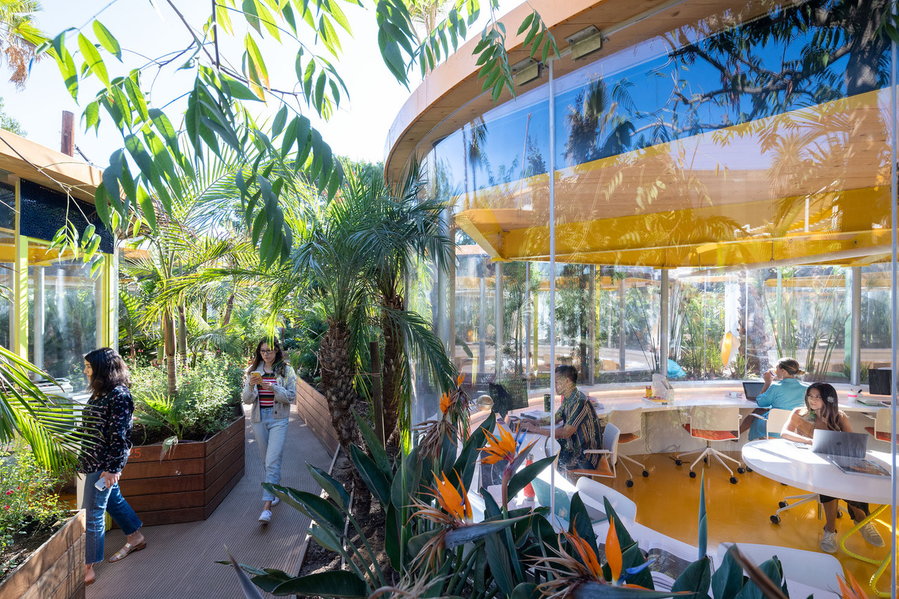 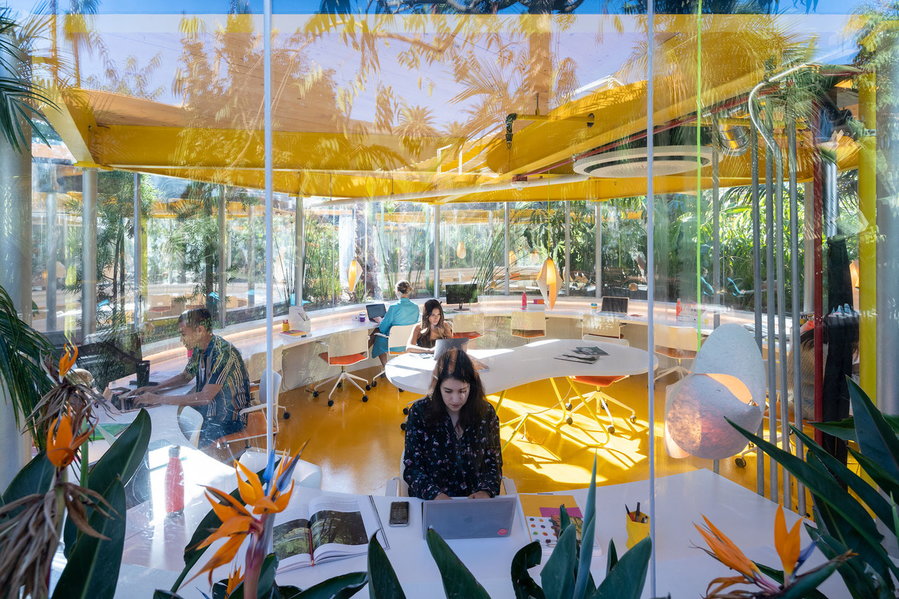 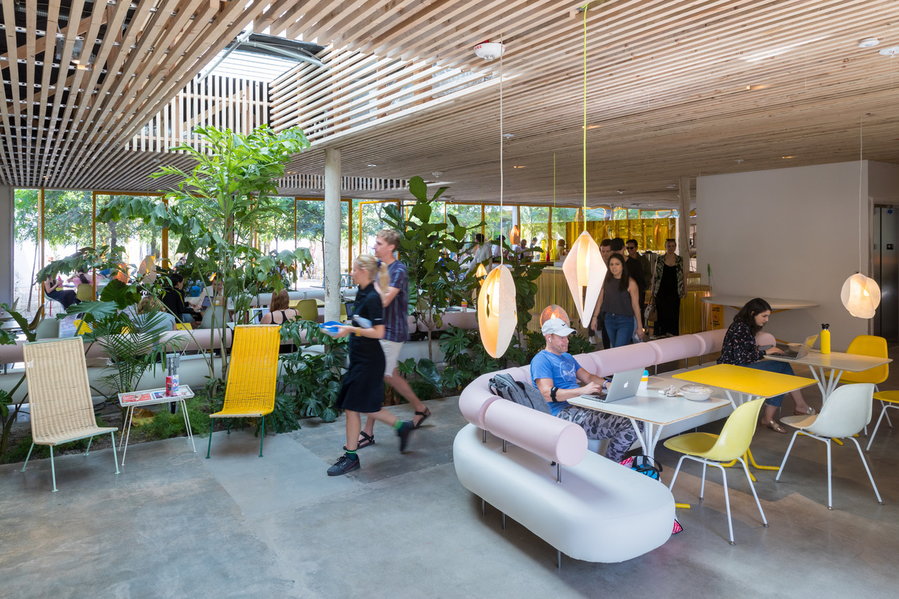 It’s these pods that make the site so unique. Not only are they scattered among palm trees and tropical greenery, but they’re also ringed in glass to offer 360-degree views of the gardens. Birds of Paradise, ficus, ferns, and other plants double as privacy screens for the people working in each individual office pod. The architects envision these workspaces, capable of hosting 700 people, as oversized plant pots. They sit on top of an existing underground parking facility and are nestled into a four-foot layer of soil atop the concrete slab, creating a sunken effect. 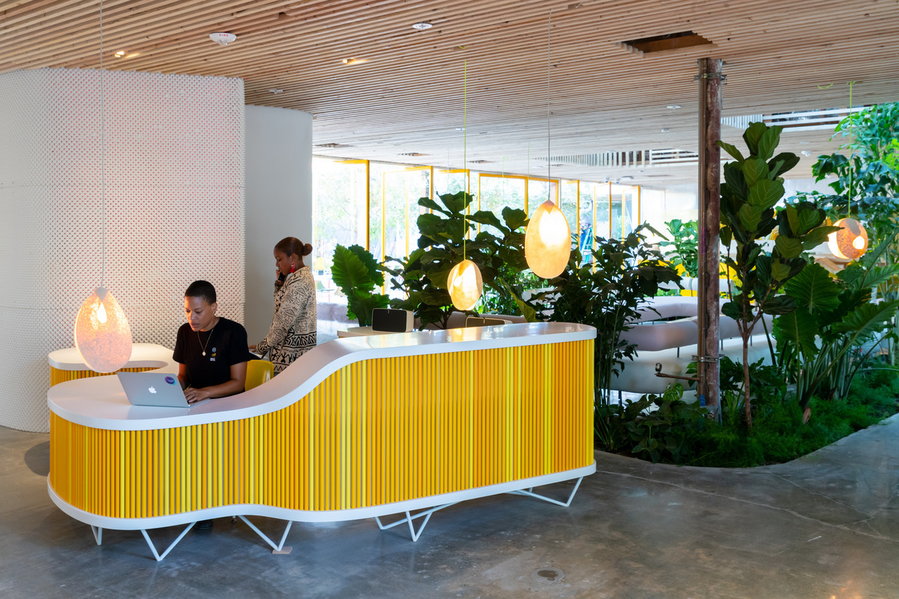 The effect is remarkably relaxing for a workspace, and seems true to Second Home’s claims that it’s the healthiest place to work in the entire city. If you prefer to work in the open air, you can do that too at any number of open tables, benches, and loungers sprinkled throughout the campus. The vivid yellow hue of the office pods makes the whole place feel cheerful, and that mood continues into the indoor communal spaces, which are also full of greenery. 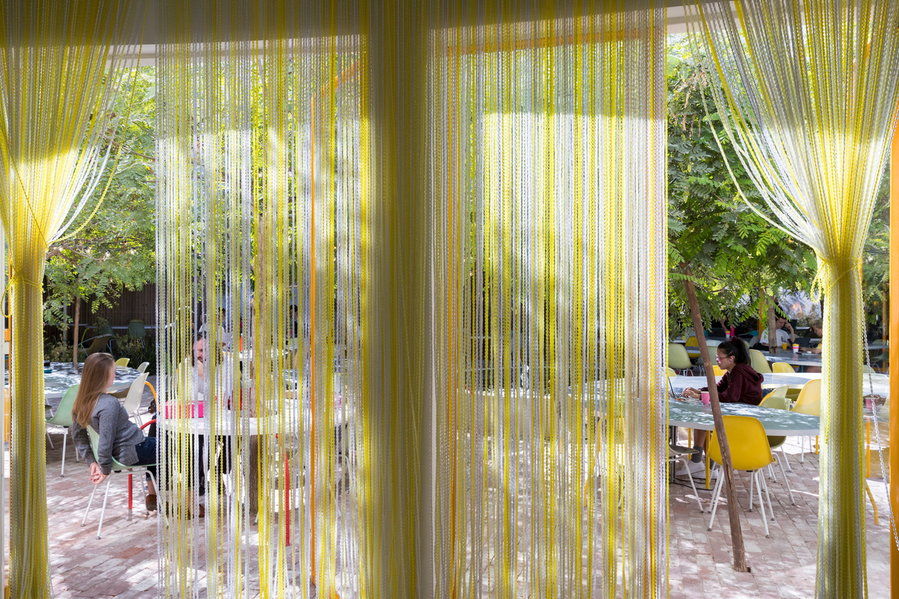 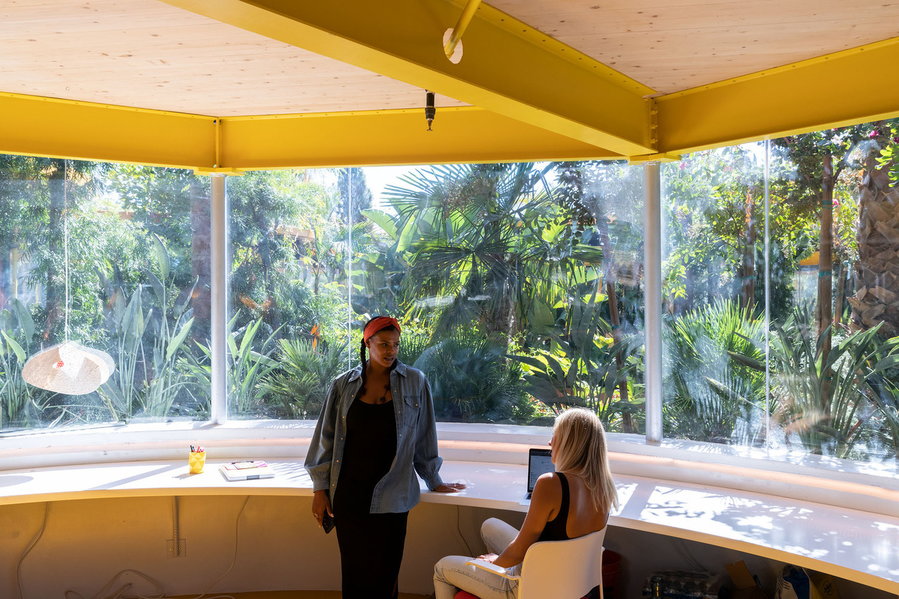 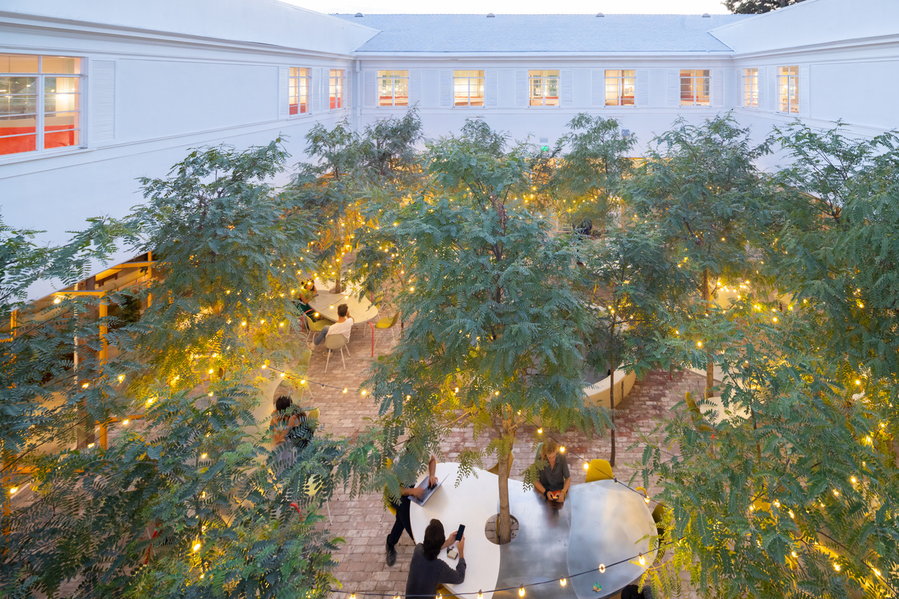 The site is the first American location for Second Home, a London-based co-working company, and opened in September 2019. Not the best timing for a communal workspace, considering what came to pass in the following year. But while many other co-working companies hemorrhaged cash during the pandemic, unable to pack their facilities full of busy workers, Second Home Hollywood was able to continue functioning more or less as usual. Each pod is individually ventilated and has windows that open. The design could serve as a blueprint for similarly healthy office spaces in our post-pandemic future, though of course it might have to be modified for colder climates. 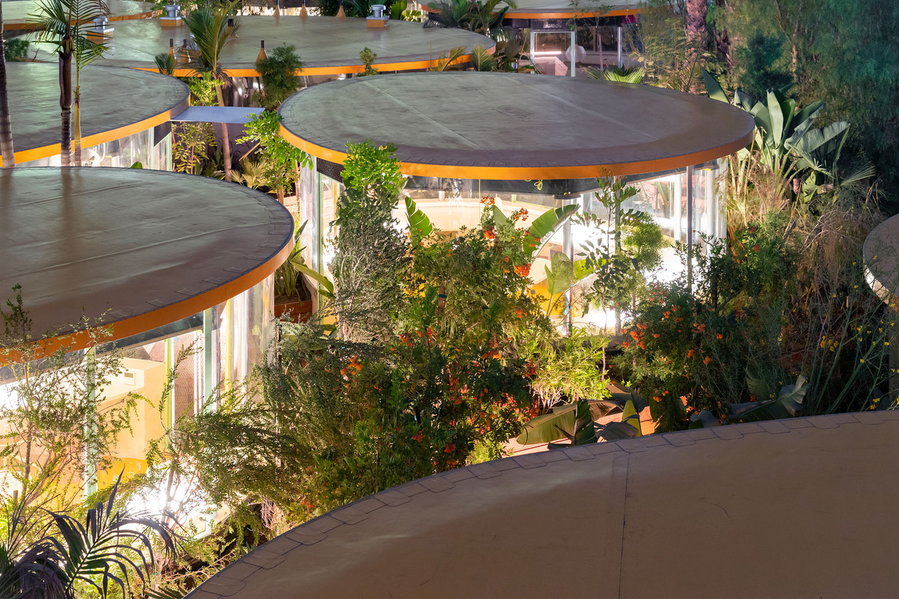 “How architecture relates with the environment is crucial to our well-being,” says Diego Cano-Lasso, a partner at Selgascano, in an interview with the Los Angeles Times. “One of the best aspects of living in L.A. is to be able to open a door and be surrounded by nature. That close relationship with the good weather, hummingbirds and flowers is lost if you have stairs, elevators, or corridors in the way. The goal was to work in a garden, where you can be indoors but the outdoors is just a door away.”