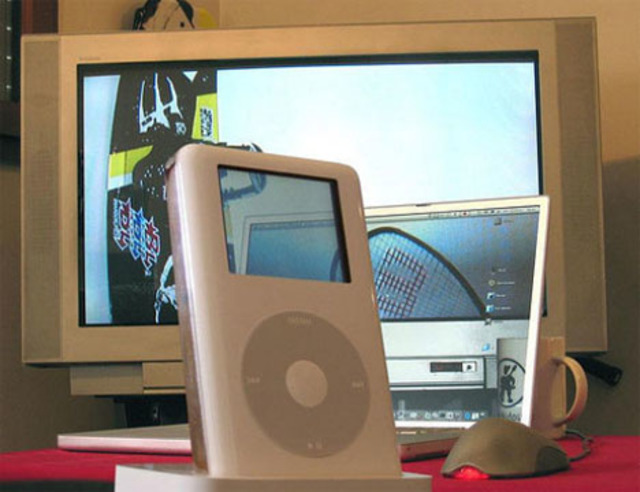 What if you could stare through instead of at your computer screen from nine to five every day? Sounds like an impossible dream, but you can actually achieve it — sort of. Though these strange photos might look like they’ve been Photoshopped, the effect is surprisingly easy for just about anyone to achieve. All it really takes is a camera.
A cross between digital photography and high-tech camouflage, the idea behind this photo set (from w00kie) of brilliant see-through laptop screens is very simple and (pardon the pun) virtually transparent: the optical illusion is not a photo editing trick – it is just an image of what is behind the screen applied as wallpaper. 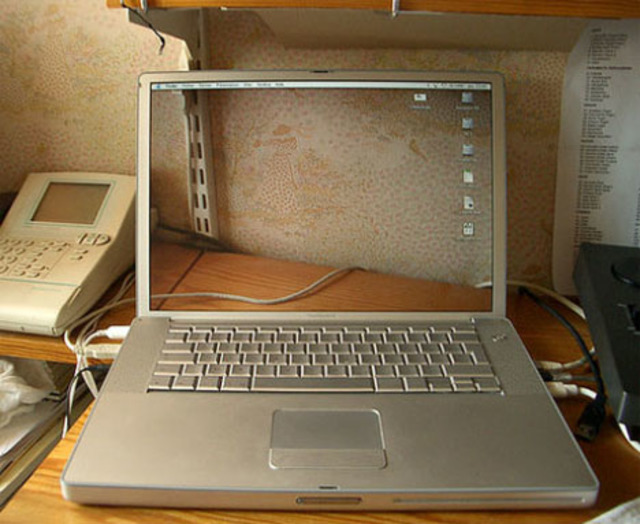 The easiest of these are the still-life settings that are photographed and then added as the background desktop image for each computer shown, where the only real issue is matching light and contrast conditions before and after the photo shoot. 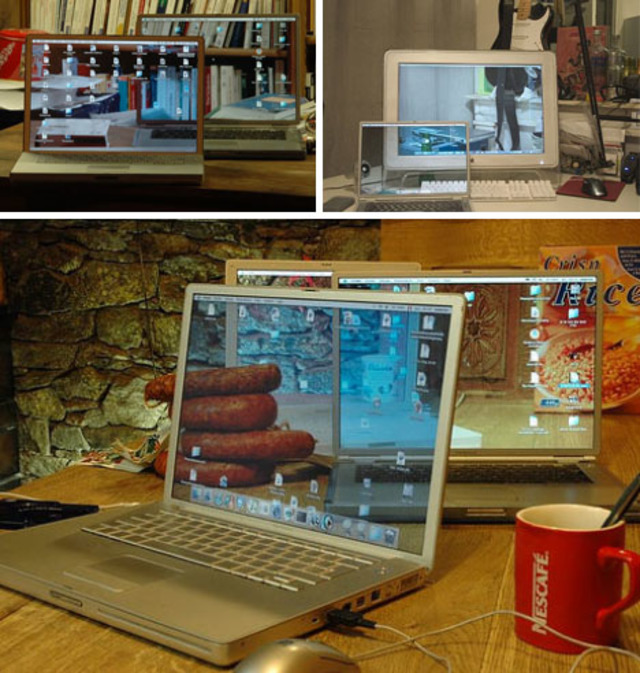 Taking it to the next level, some people layer multiple screens behind one another, giving a mind-bending complexity to a seemingly simple setting and adding to the challenge of setting up the sequence. 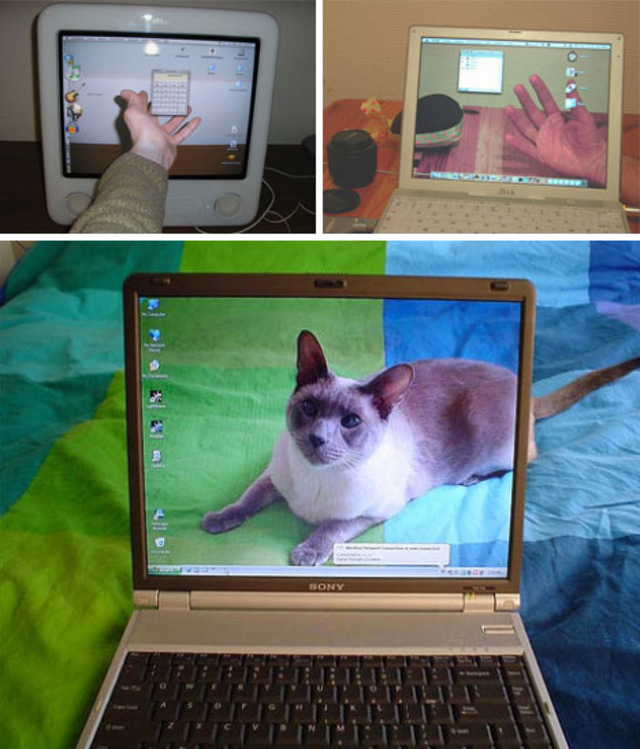 Continue reading below
Our Featured Videos
Others have added living elements to their screens to make their art even more interactive, from optical illusions of reaching through or behind the screen to capturing animals in the background.
The effect might be a tad spooky, but it’s really fun to play with. If you want to mimic it yourself, make sure you take your photo from just the right angle with the same lighting that’s usually present in the room for a seamless result. It’s especially convincing if you tend to leave your laptop sitting in the same spot all the time. If you want to trip out unsuspecting visitors, keep a selection of camouflage desktop photos in your files and switch them out whenever you move your computer to a new location.