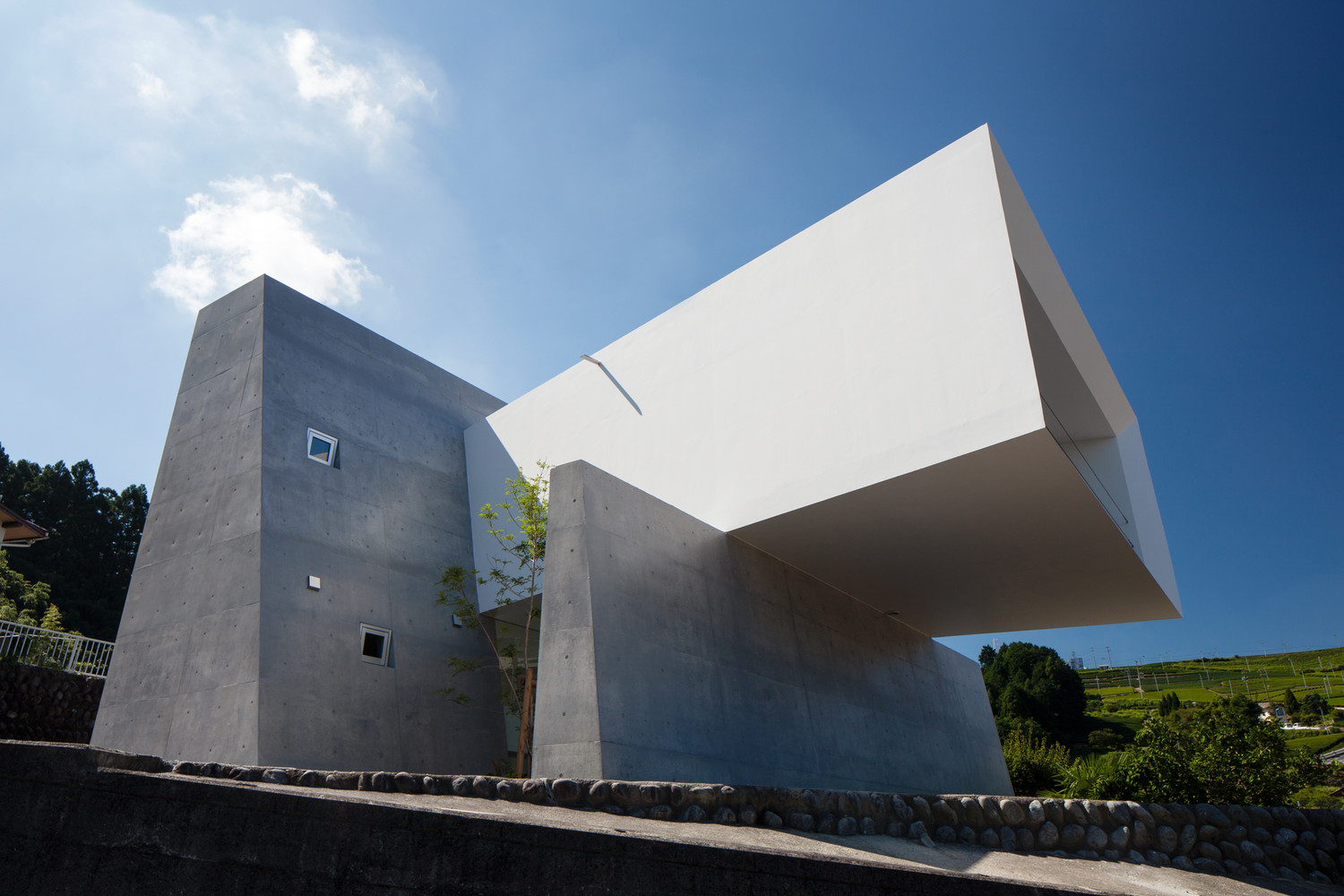 It is bold, but is it brilliant? This house wears its intentions on its exterior facade, framing one – and only one – view beyond its walls. It follows a trend in urban Japanese architecture to focus much of its energy on a meditative interior, but critics could wonder whether the same treatment makes sense in a less-dense setting. 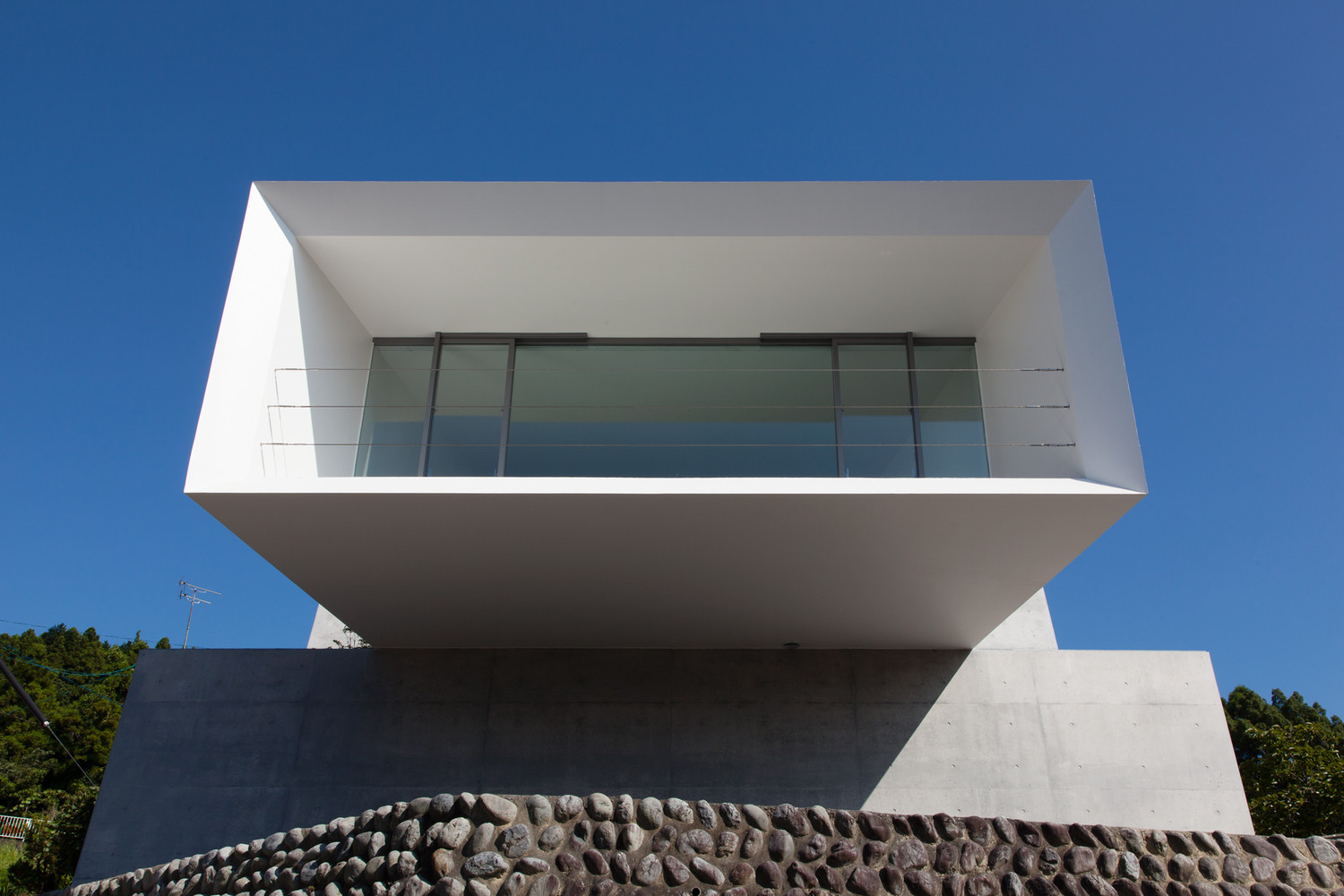 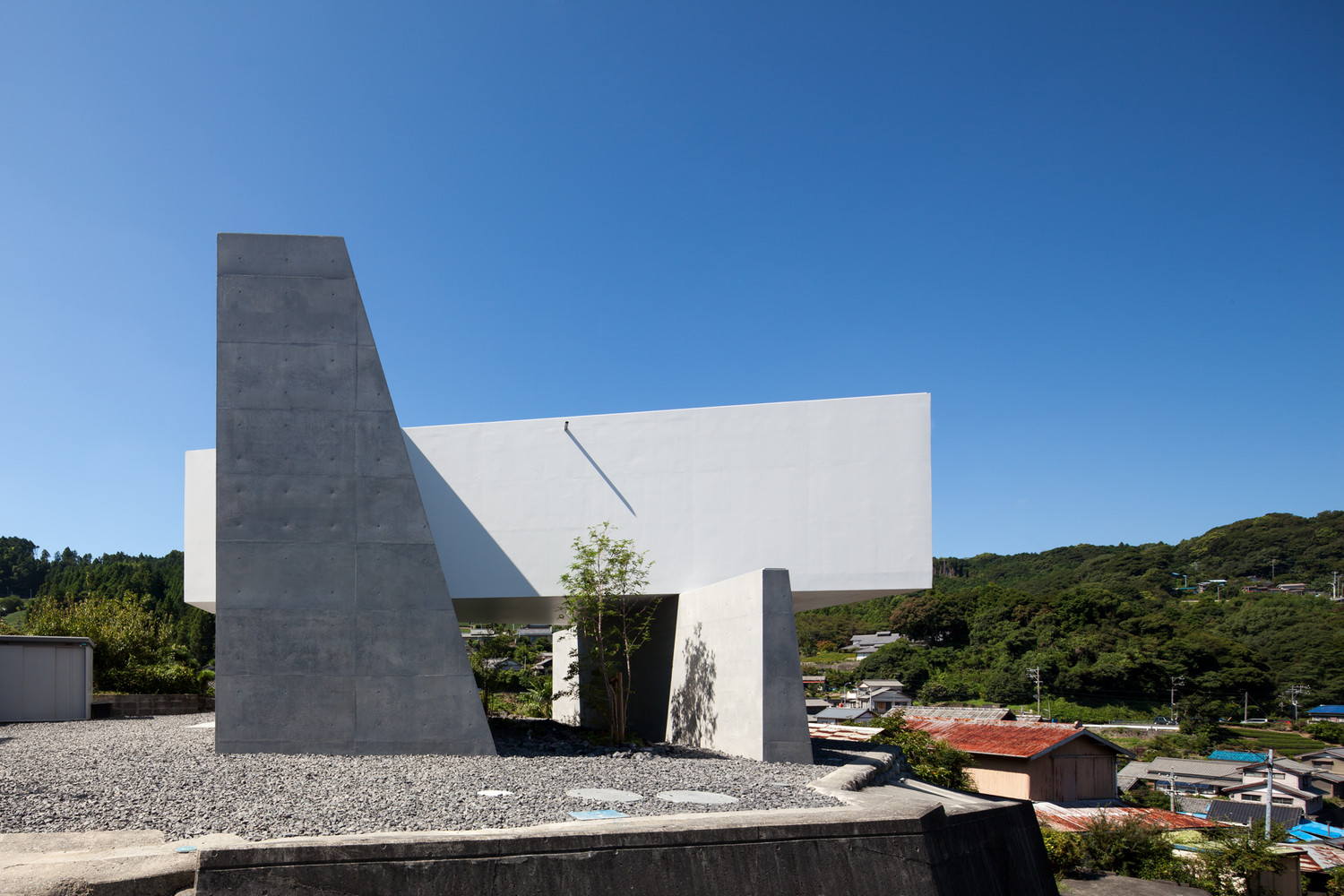 Designed by ma-style architects (images by Kai Nakamura), the home is accessed through a solid rear volume with few windows. Residents ascend a central spiral staircase that opens out to a view-centric second floor looking out on a series of picturesque tea plantations in the distance. 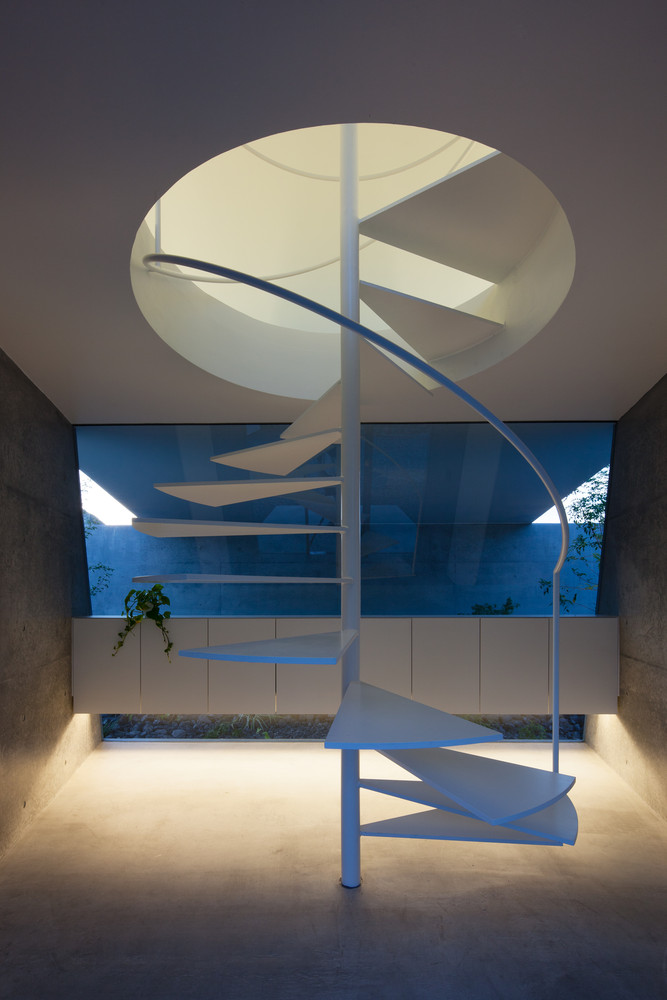 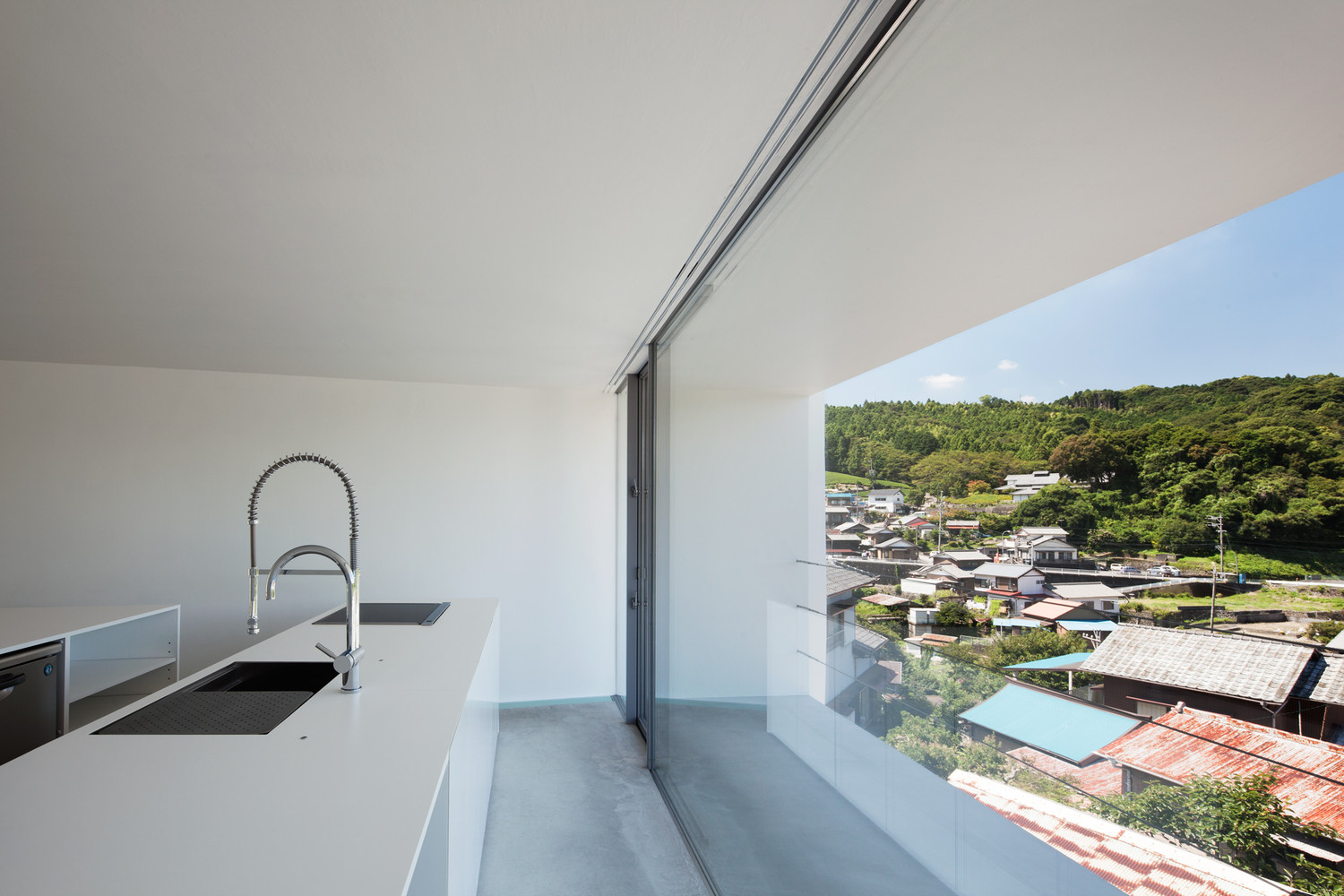 To be fair, other views can be accessed in other ways – the solid entry space does have limited picture windows, and the site itself is elevated providing 360-degree visual possibilities out from the terrace level.

Still, once inside and upstairs, it is hard to imagine not feeling at least somewhat confined by the overbearing thrust-stage feeling of the main living floor. And, as an object in the landscape, one has to wonder whether the views once enjoyed by lower-lying neighbors have been obstructed by this new structure. 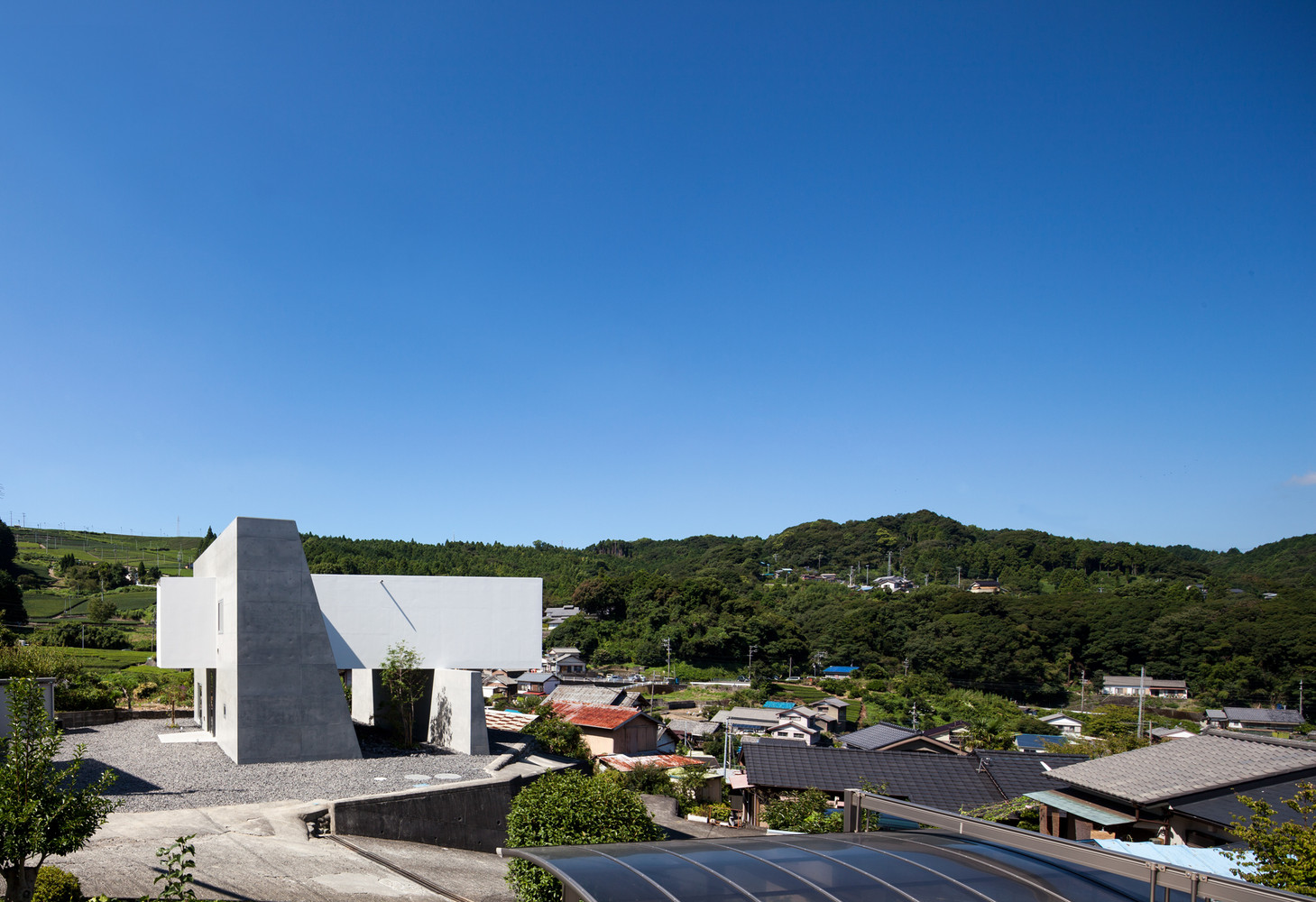 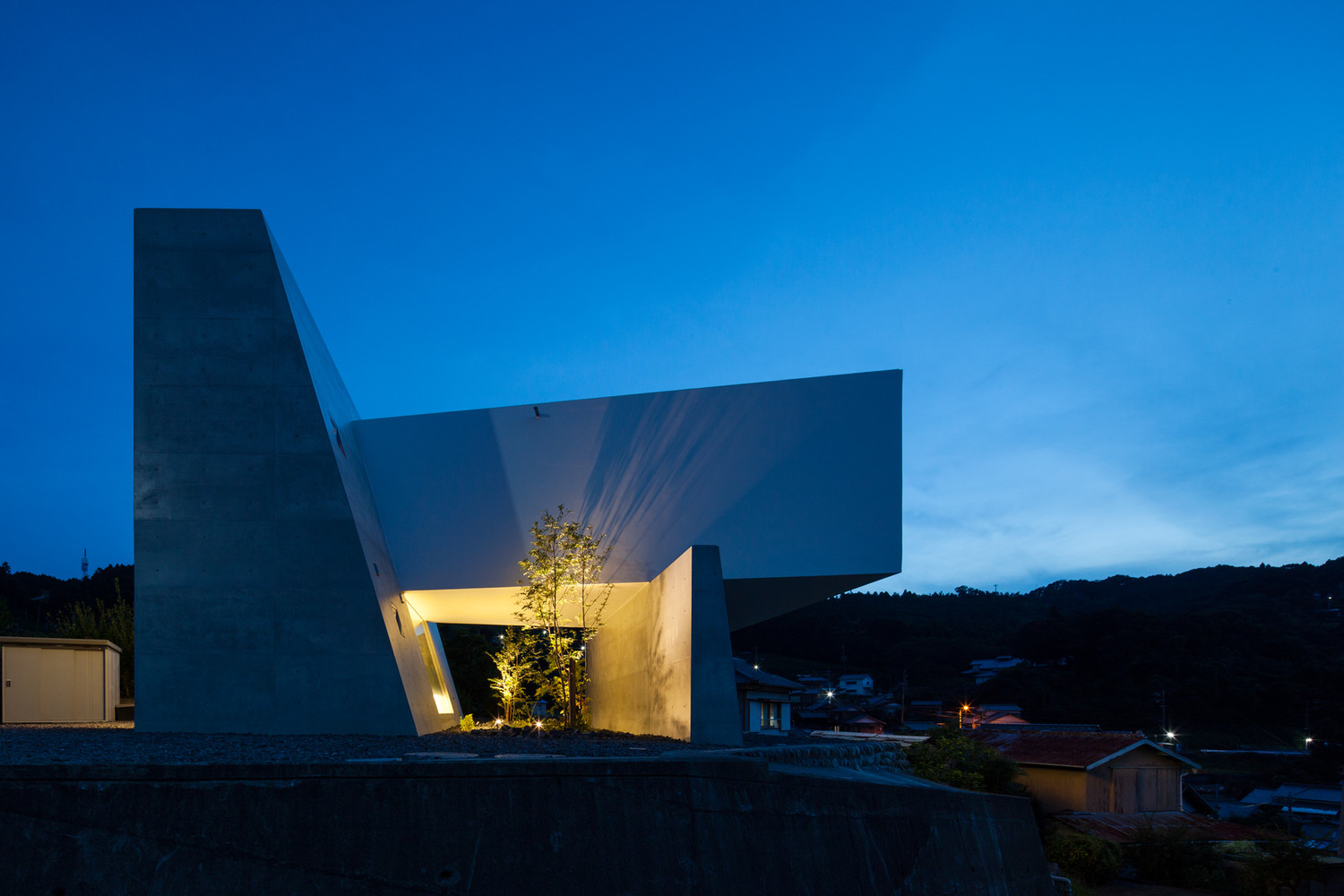 “A big pipe sticks out from the valley. It totally focuses like a telescope while looking around the opening scenery. Makinohara plateau that lined with a tea plantation and houses along a gentle slope spreads out here. Here is nice and full of nature. I felt that it is necessary for client who has lived long there to find the way of building which could realize charm of this land again.”

“While investigating surroundings and sites thoroughly, I began to think what kind of house suitable is. At first, this site consists of tiered stone wall. Also, it was a land slide prevention area and under the cliff regulation. That’ s why I was limited and was not able to use the whole site for the construction. Therefore, I constituted pipe-formed second floor part. “