Our solar system’s largest planet glows like an enormous jack-o’-lantern in these jaw-dropping new photos released by NASA. Representing a unique collaboration with the National Science Foundation’s NOIRLab and the Gemini Observatory in Hawaii, the images combine the magnification powers of telescopes on Earth and in space. NASA’s Hubble Space Telescope and the terrestrial Gemini Observatory captured “multi-wavelength observations,” while NOIRLab’s Juno spacecraft provided close-up views from its orbit around the planet, some 500 million miles away. 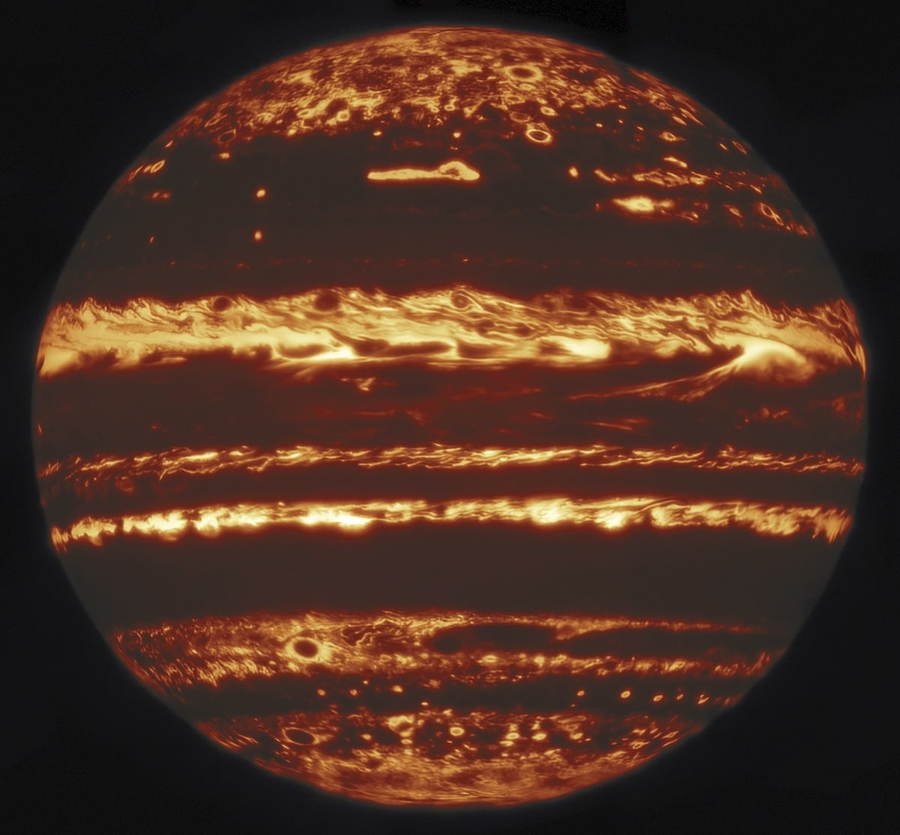 This fiery infrared image of Jupiter’s surface give scientists a closer look at the planet’s mysterious atmosphere. A single roiling storm resembling an eye, known as the Great Red Spot, is twice as wide as Earth and has raging for more than 300 years. 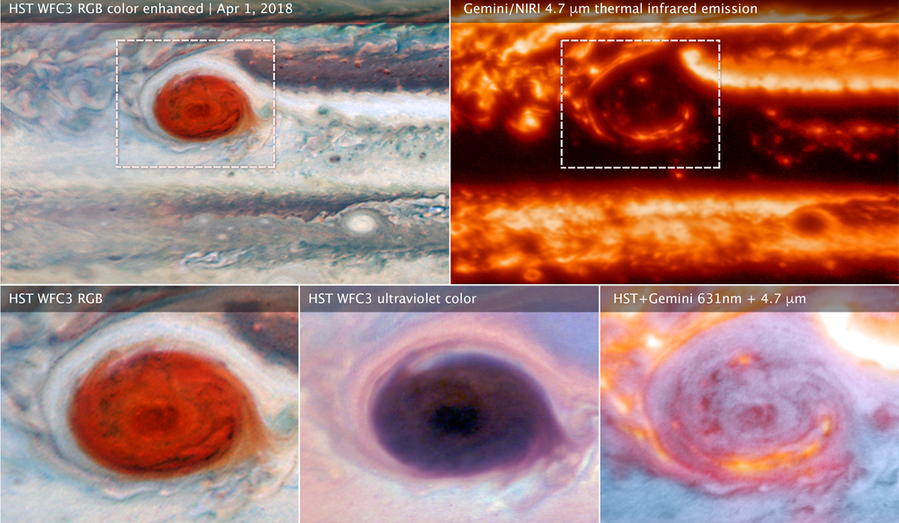 The image consists of nine separate paintings observed by the Gemini Observatory, and it’s among the highest resolution photos of Jupiter ever taken from the ground. Gemini’s telescope is so powerful, in fact, that it could “resolve the two headlights of a car in Miami, seen from New York City,” says Andrew Stephens, the Gemini astronomer who led the observations.

“With thunderheads that tower forty miles high and stretch halftone width of a continent, hurricane-force winds in enormous storms that rage for centuries, and lightning three times as powerful as Earth’s strongest super bolts, Jupiter — king of the planets — has proven itself a more-than-worthy namesake to the supreme Roman god of sky and thunder,” NASA added in an official statement. 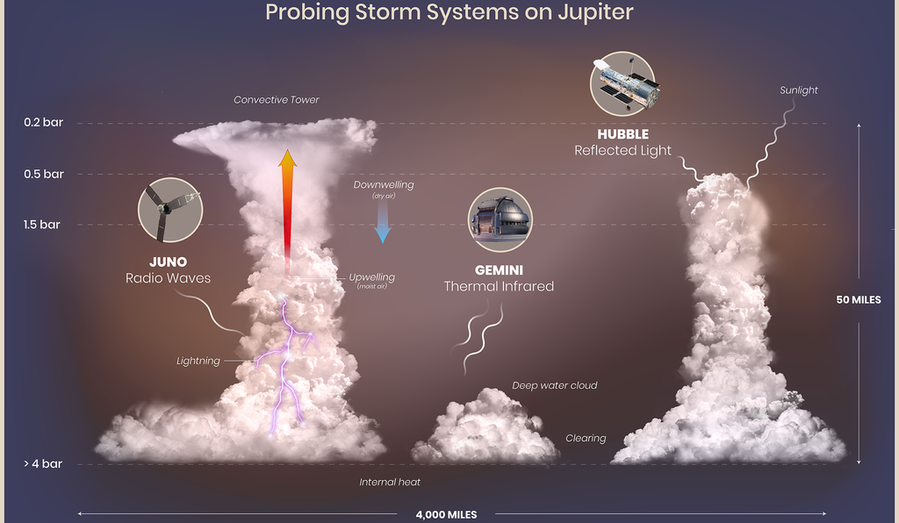 The Juno spacecraft has a microwave radiometer that probes into the planet’s atmosphere by detecting high-frequency radio waves that can penetrate through the cloud layers. Mapping lightning flashes detected by Juno onto optical images captured by Hubble and thermal infrared images captured by Gemini gives us a better understanding of how Jupiter’s lightning outbreaks are associated with three different cloud structures.

“While much has been gleaned about Jupiter from previous space missions, many of the details — including how much water is in the deep atmosphere, exactly how heat flows from the interior, and what causes certain colors and patterns in the clouds — remain a mystery,” says NASA. “The combined result provides insight into the dynamics and three-dimensional structure of the atmosphere.” 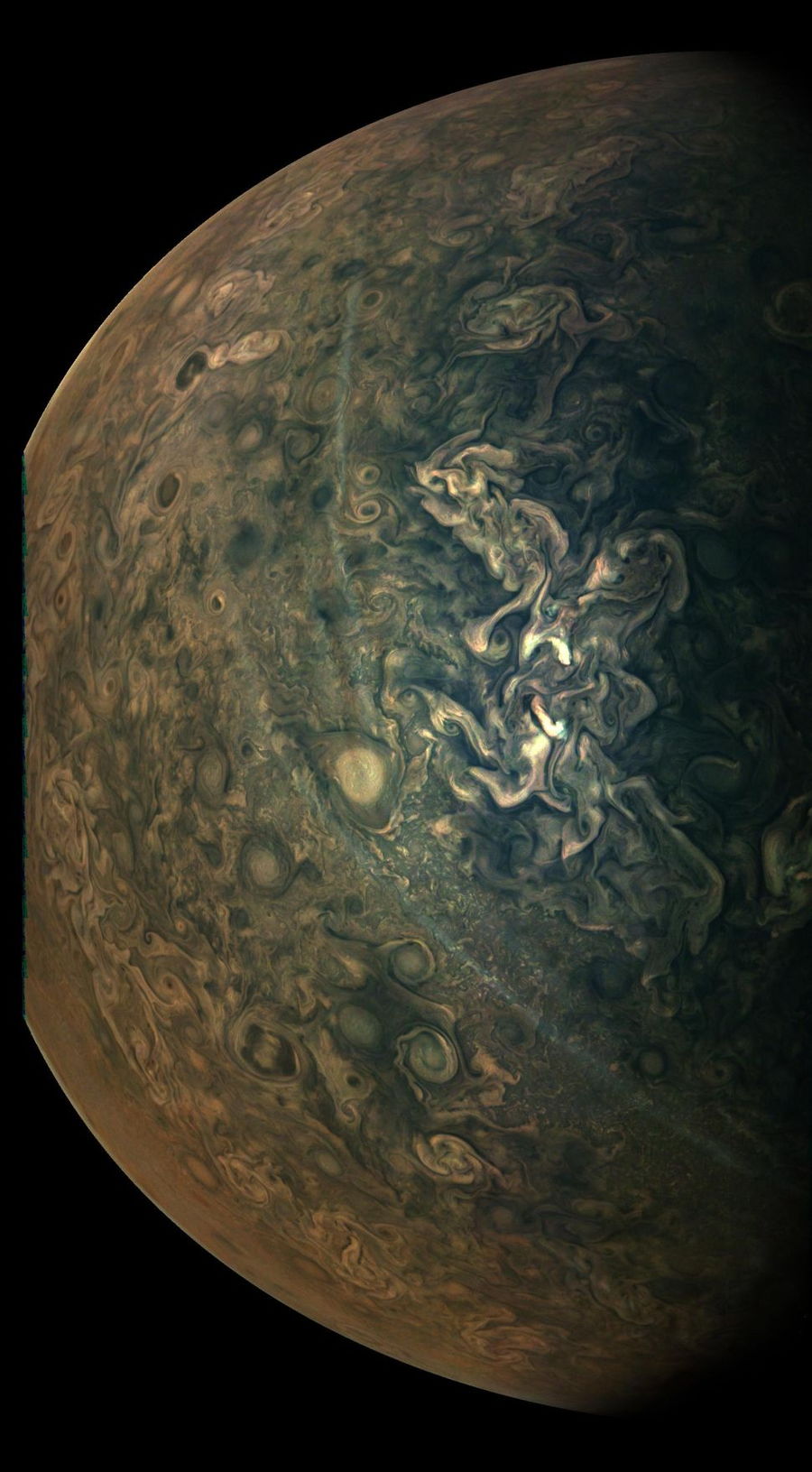 Stunning pictures of these swirling, marbled clouds in all their pastel glory give scientists a look at patterns of haze that might be caused by jet stream bands, and allow them to study the relationship between lightning and deep water clouds, which in turn may contribute to a deeper understanding of how Jupiter was formed in the first place. Another revelation gleaned from the images is the fact that the dark spots in areas like the Great Red Spot are not variations in cloud coloration, but rather holes in the cloud layer.

“It’s kind of like a jack-o-lantern,” says lead researcher Michael Wong of the University of California, Berkeley. “You see bright infrared light coming from cloud-free areas, but where there are clouds, it’s really dark in the infrared.”

Juno will remain in orbit through July 2021, and Hubble and Gemini will continue to observe Jupiter more frequently during its mission, so we can look forward to more incredible images as they come in. These ones were published as part of the researchers’ report in the Astrophysical Journal Supplement Series in April 2020.