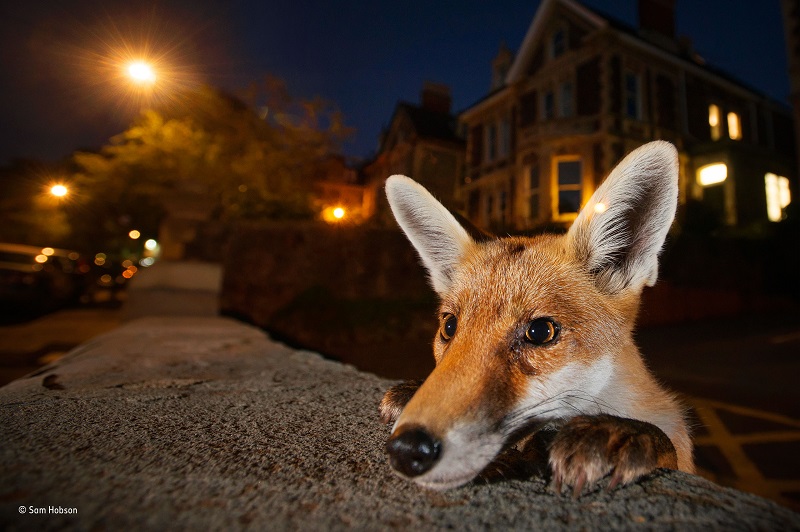 UK photographer Sam Hobson’s gorgeous wild urban animal portraits have caused quite a stir: he’s already won the prestigious Wildlife Photographer of the Year award twice, in 2014 and 2016. He’s also been featured regularly in international magazines like National Geographic and BBC Wildlife. Hobson gives talks, lectures, and workshops on his craft at both the Natural History Museum and the Royal Geographic Society. 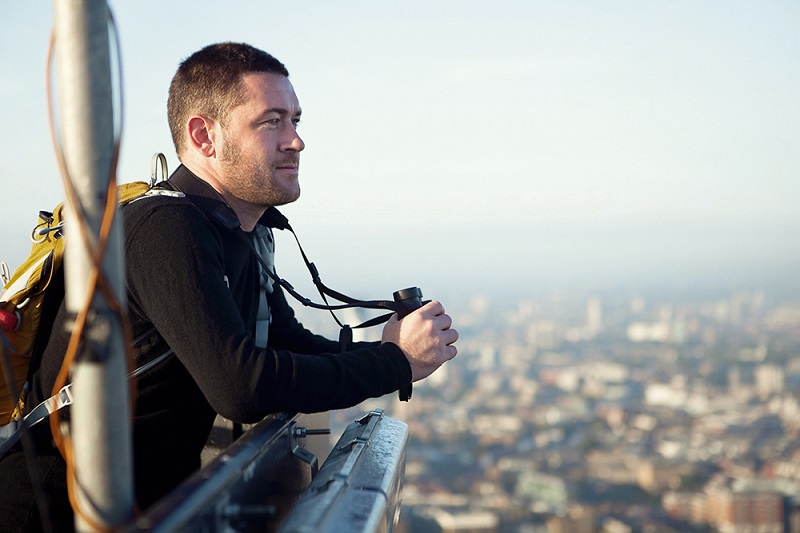 Sam grew up watching David Attenborough nature documentaries with his mom and was fascinated by the wildlife he saw on the streets. In a recent interview with BBC Radio, he said: “I was quite a feral kid. I spent a lot of time outdoors and had a lot of freedom. When I saw wildlife round the streets where I lived, my family didn’t always believe me. Picking up a camera was my way to show them what I had seen.”

The photographer took home last year’s Wildlife Photographer of the Year (WPY) award for his strikingly up-close shots of wild foxes on the streets of Bristol. By hanging out around bins and bridges in the middle of the night, he gradually gained the trust of a family of foxes. His award-winning image “Nosy Neighbor” captures the inquisitive nature of the red fox. Hobson believes it’s very important for people to see “the stuff that’s on their doorstep.” 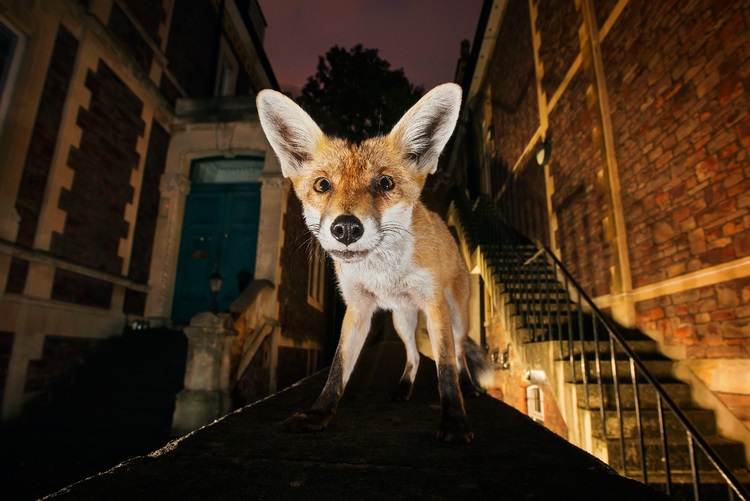 This may now be the most famous fox in the world. WPY featured “Nosy Neighbor” on the front cover of their manual and in their yearly marketing campaign–the only time in the organization’s history when it has used the same graphic for both. Since its release, the intimate photo of the young, teary-eyed fox has been displayed in galleries and lecture halls around the globe. 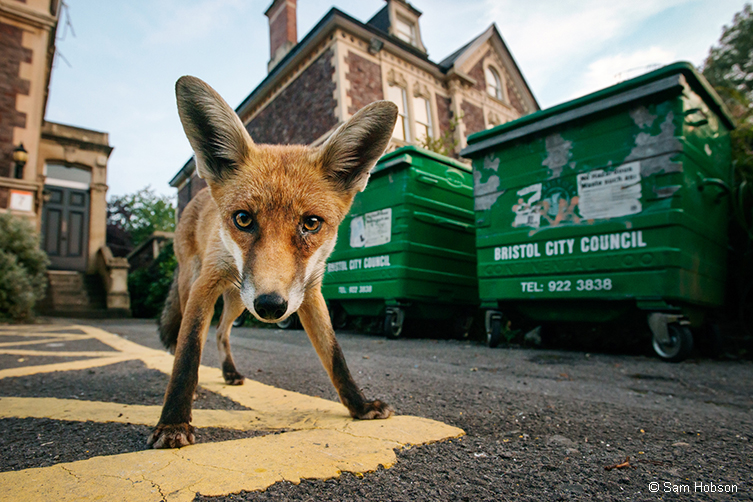 Hobson recalls bonding with the foxes: “I could sit on the floor and they’d come and sit next to me, but if someone else walked down the street they’d run off and hide. I’d be left sitting on my own on the floor with a camera near some bins, and I’d get funny looks from people.” 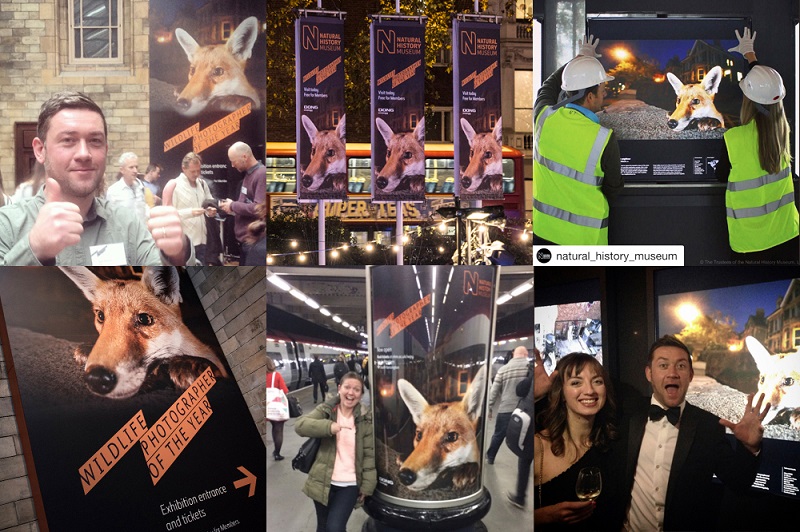 He has never had to disguise himself as a bush to get a photo, but he half-jokingly says he’s toyed with the idea of dressing up as a post box and peering through the slot. The photographer specializes in urban wildlife and aims to tell stories through his extraordinary images of animals in everyday places. Hobson feels that more people will be able to sympathize with wild animals upon seeing them in familiar settings. Every one of Sam’s photos bears a mark of his technical and controlled style. Before taking a photo, he studies his subjects’ habits and behaviors to capture them in their most natural moments. 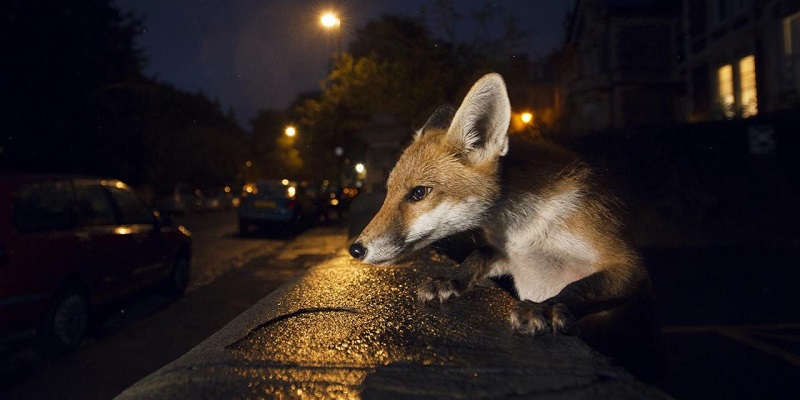 The candid “Nosy Neighbor” was shot by placing a camera with a wide-angle lens on a wall and letting the fox come over to investigate it. Hobson explains, “I go and wait on the other side of the street and I’ve got a little remote trigger that I fire as soon as he pops up and has a sniff around.” 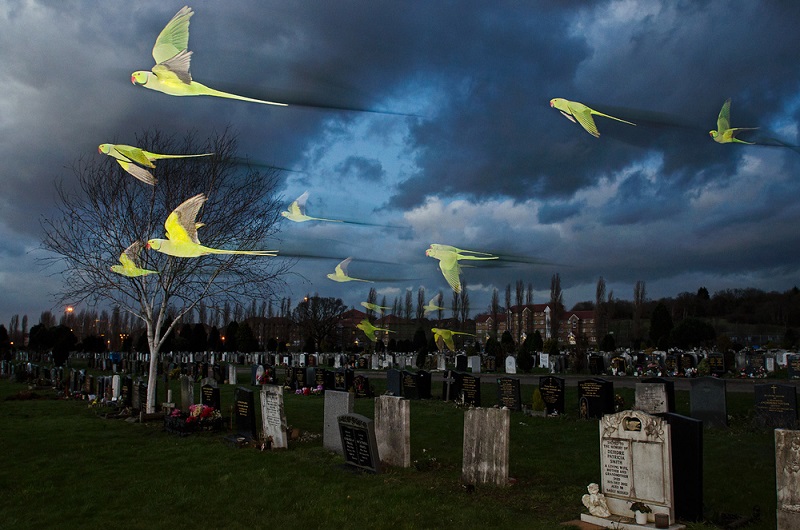 Hobson’s photo of London parakeets—or “posh pigeons,” as he calls them—flying over a Peckham cemetery at dusk is both ethereal and beautiful. In order to capture this image, which was conceived of upon seeing flocks of these small parrots flying over a London-bound motorway, the photographer stood next to a gravestone and ducked beneath a passing swarm of birds. The result is as arresting and joyous as all of Hobson’s photos and celebrates the beauty of urban wildlife.
When asked about his plans for future projects, he says, “I’d like to do something infested—proper urban wildlife like rats, snails, and slugs and champion the commonplace things that are thought of as vermin. To be the PR man for the unloved.”