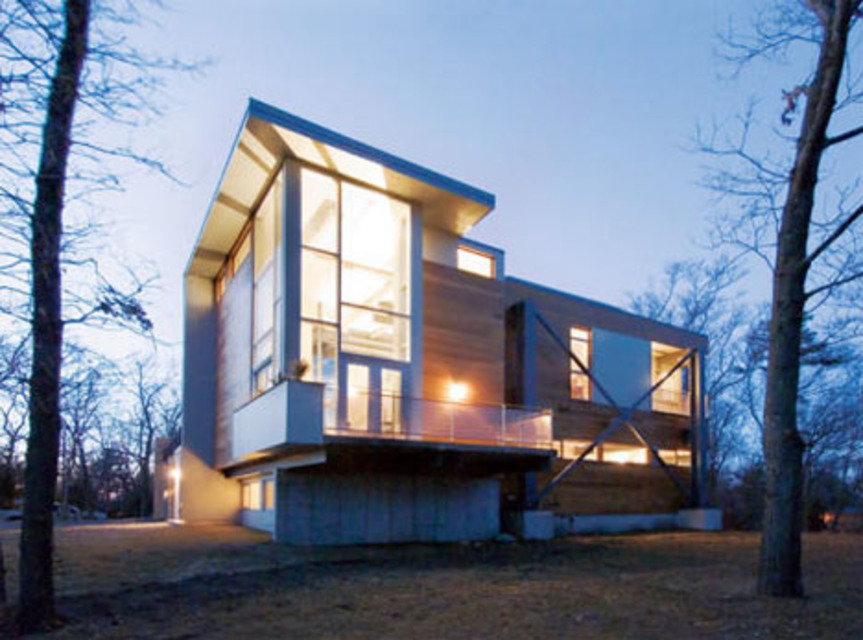 Everyone has seen some of those offbeat recycled home designs created from odds and ends: plastic bottles, beer cans, rubber tires and other assorted typical trash or even shipping container houses. This house takes material reuse to a new level, effectively recycling an entire section of highway in the construction of its core structural center. “It’s kind of like Junkyard Wars meets Habitat for Humanity.” 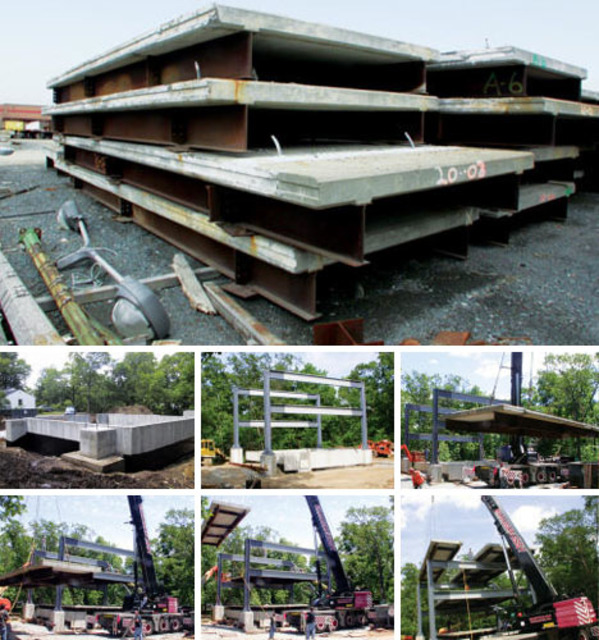 Over 600,000 pounds of recycled materials went into making this massive concrete, glass and metal home that, at first, seems like any other luxurious ultramodern home from a distance. Giant steel beams and girders, however, start to show as one gets a closer look. 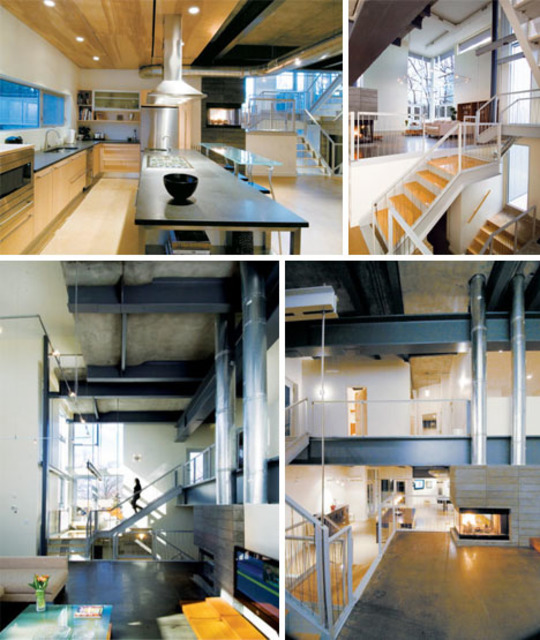 The Big Dig was a massive undertaking in Boston that cost billions of dollars and displaced tons upon tons of amazing prefabricated concrete and steel elements – ones that while useless to another industrial application are significantly overbuilt for simple light-weight residential. 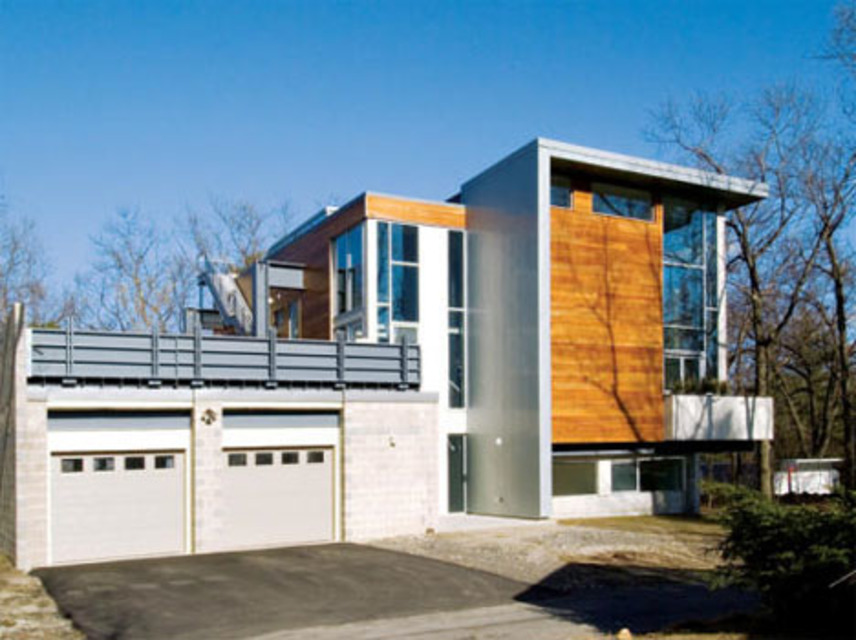 The reality is: without this house being built the materials would have been discarded as storing them would have been too expensive. This is one of those cases where one man’s trash truly is another man’s treasure – to the Big Dig builders it was useless, to a house it was priceless.

“When people residing in and around the Boston area hear the words “The Big Dig” they either laugh or shudder. The $14.6 billion dollar project was first proposed in the 1980s and with the groundbreaking in 1991, the goal was to change Boston’s downtown roadways to make it easier for traffic to get in and out of the city. Now, 15 years later, the project is finally coming to an end and we have to say the new roads are definitely more convenient. Paul Pedini worked for 11 years as vice president of Modern Continental Construction, one of the project’s principal contractors. He now lives in a 4,300 square foot home he refers to as The Big Dig House that was completed this past March. “