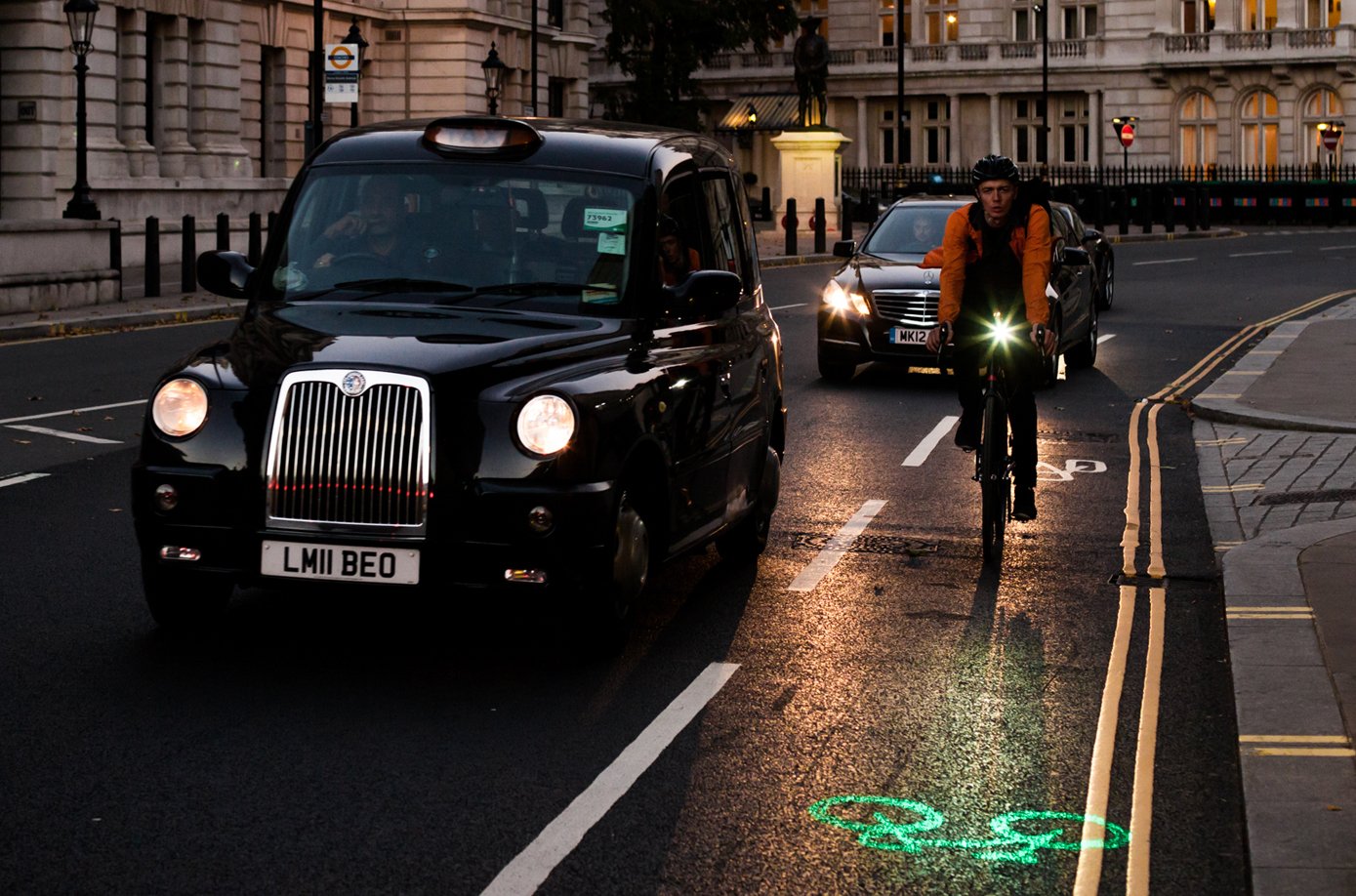 Continue reading below
Our Featured Videos
City cycling is an adventure and great exercise, of course, especially when dodging aggressive cabs and weaving around people engrossed in their phones as they walk out in front of you. The avid bikers at Blaze have developed a cool safety feature that they hope will help urban cyclists bike safely and feel more comfortable on their rides. The Laserlight is a helmet beam that projects a picture of a bike in front of you, alerting vehicles and pedestrians that you’re approaching.

“Ride with the Laserlight’s forward projection technology, combining a white light and laser image to beam out of blind spots, junctions and situations where you’re otherwise unseen,” say the designers. 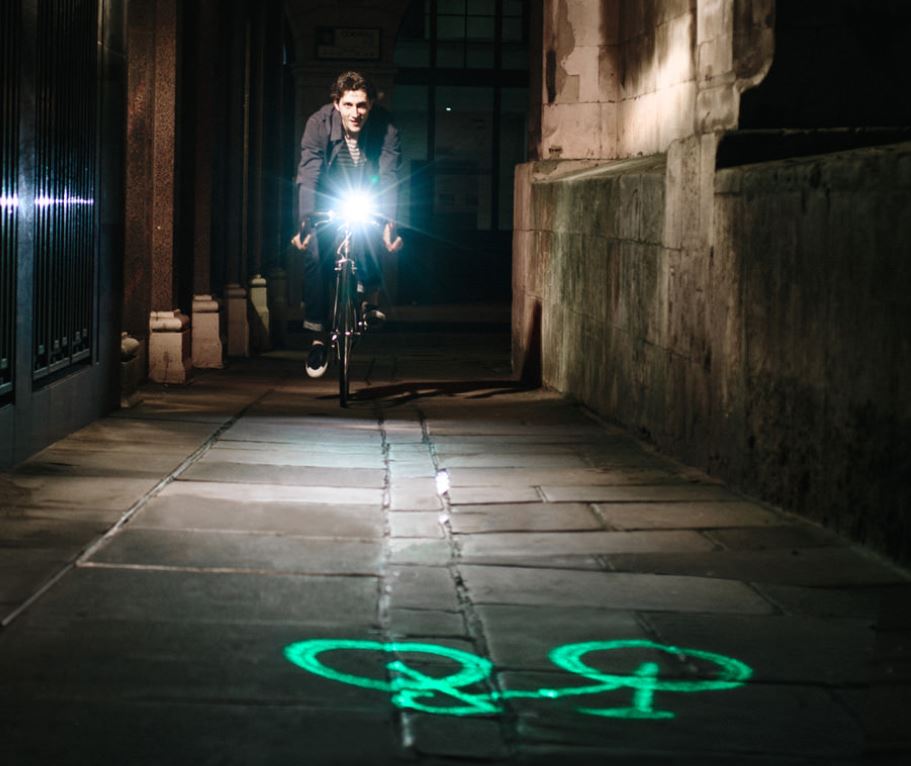 The laser beam reaches 18 feet in front of you and is visible from multiple perspectives, which is ingenious. Independent testing has revealed that the projected image does help bus drivers see bikers more often. British transport research agency TRL compared the Laserlight to a standard LED-only light and “demonstrated its superior visibility” the Blaze team reports. “To a bus driver, visibility increased from 72 percent to 96 percent, with similar results for other vehicles.”

New York’s popular Citi Bike bike-share program is currently testing the Laserlight in all five city boroughs this month, and the London Santander Cycles bike-share program was so impressed with the TRL research that it decided to install the Laserlight for all of its customers. Both cities are hoping the enhanced safety will attract new riders who’ve been hesitant to join the hectic pace of urban biking.

So that’s the premise and the proof of its effectiveness. What about the specs? How can the Laserlight improve your daily commute?

The Laserlight has 109 components within its aircraft-grade aluminum case, and it is designed to survive jolts from even the bumpiest terrain (city potholes, for example, the nemesis of every urban biker) and all kinds of weather, from frigid to tropical. And since it’s completely waterproof, you won’t be able to use rain as excuse to take the bus instead of biking to work. 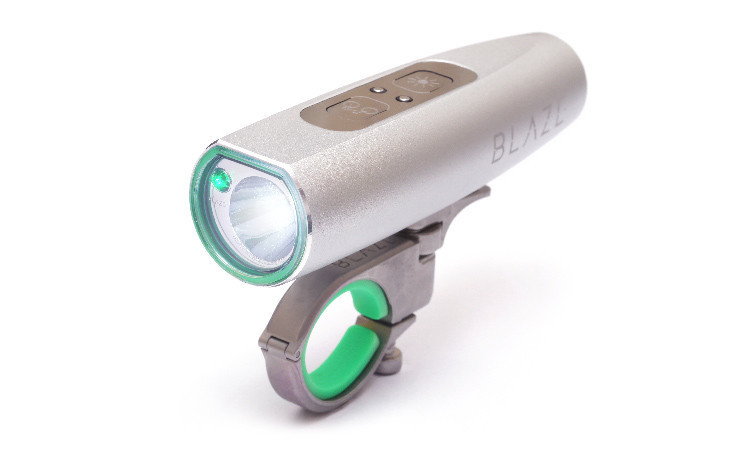 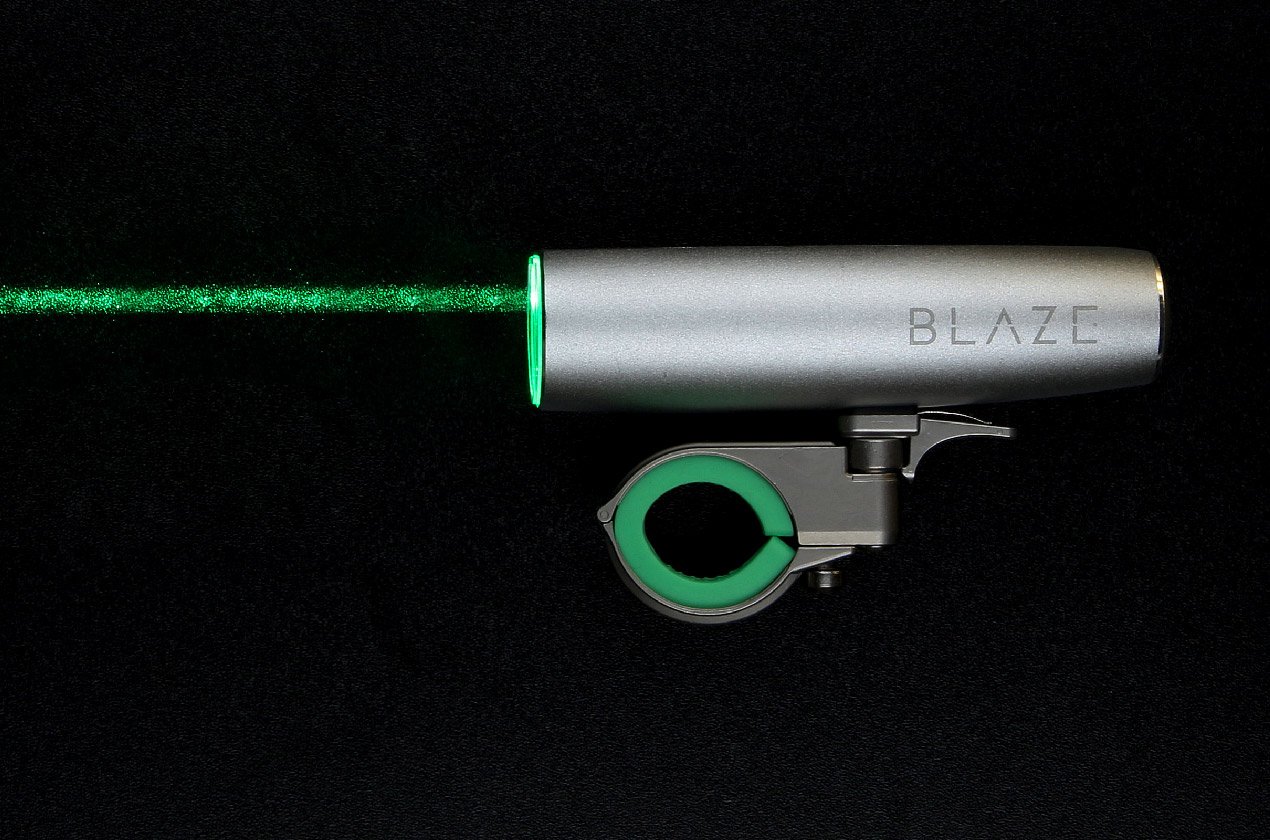 You can use the laser and helmet light separately as well. The bike light itself casts 300 lumens of white LED to shine the way forward with both a steady beam and a flash mode. It can last an impressive 13 hours on a single charge, which may be longer than your legs will. There is even a handy indicator to show you the battery level, and you can recharge it quickly via USB (we’re talking 50 percent in an hour).

But, if you’re still worried that you’ll run out of juice, switching to power-save mode can get you safely to your destination. Blaze calls this mode the “get me home,” which is an LED flash at 95 percent depletion, and it will give you four hours of light. Hopefully that will take you door to door, and when you get home, you can easily detach the unit with one hand and stow it till next time.

Blaze also offers its Burner, which is a powerful LED light that clips magnetically to the front and rear of your bike for added visibility.