When Americans remember 2020, the coronavirus pandemic will likely be the first event to come to mind. But on top of COVID-19, the country has also had an extraordinary year with the Black Lives Matter movement and the subsequent protests, riots, and toppling of historic statues across the country in an effort to make a statement about refusing to honor historic leaders who supported slavery. 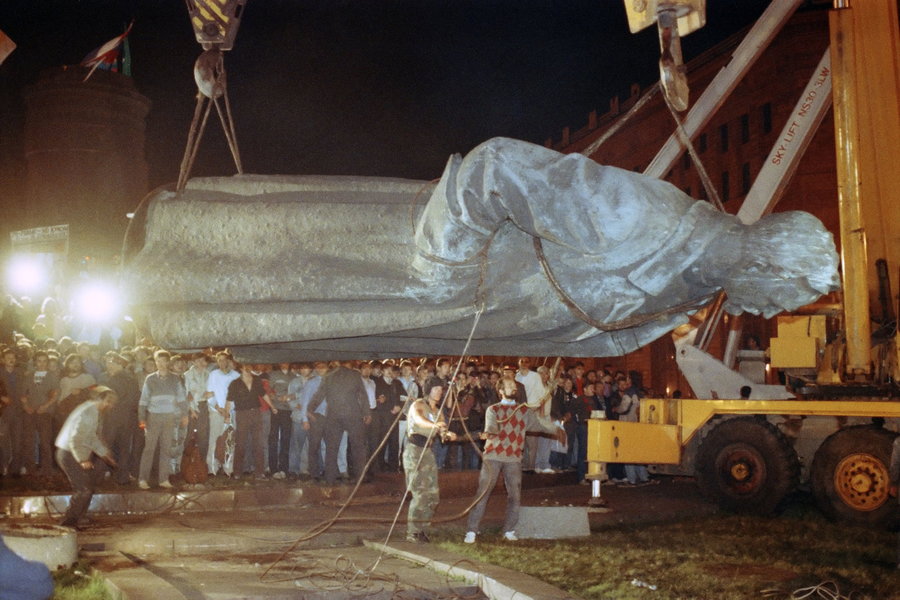 The debate rages on about whether allowing the statues to remain means we are honoring those leaders’s outdated beliefs, but now there’s also a new question at hand: when the statues fall, what exactly do we do with them?

For some international insight, we can look to a sculpture park in Russia called Muzeon, also known as the Fallen Monument Park. It began with a single statue of Felix Dzerzhinsky, founder of the Soviet Union’s feared secret police, whose likeness was pulled down by protestors in 1991 and dumped in a vacant lot. Soon after that, other historical figures were taken down and added to the statue graveyard. It wasn’t long before fun, contemporary statues representing fairy tale characters and literary figures (taken down for myriad reasons) also started being added to the mix. Today, the once vacant lot has officially become part of the famed Gorky Park, where citizens stroll, picnic, and nap. 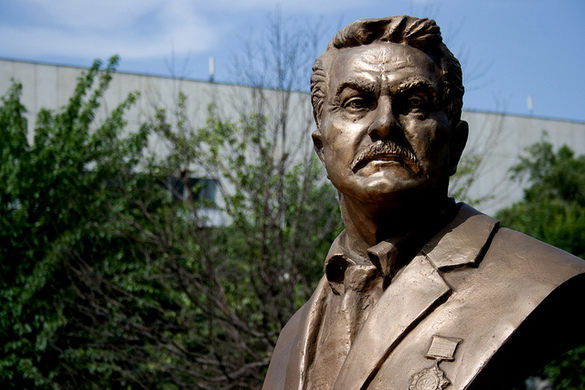 It seems that Russians feel the statue cemetery represents the deeper, darker parts of a history peppered with regime changes. For a time, rage and desperation had the country erasing remnants of communism altogether, but once the Soviet Union fell, new hardships and everyday life took the steam out of the movement, and the statues were mostly left alone.

Although Russians recognize that these leaders did unconscionable acts, they don’t feel the history can or should be erased entirely by destroying the statues that represent previous eras. 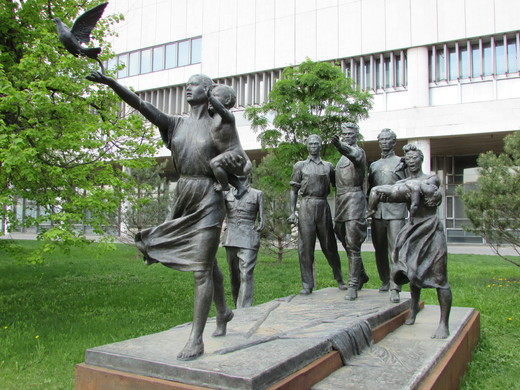 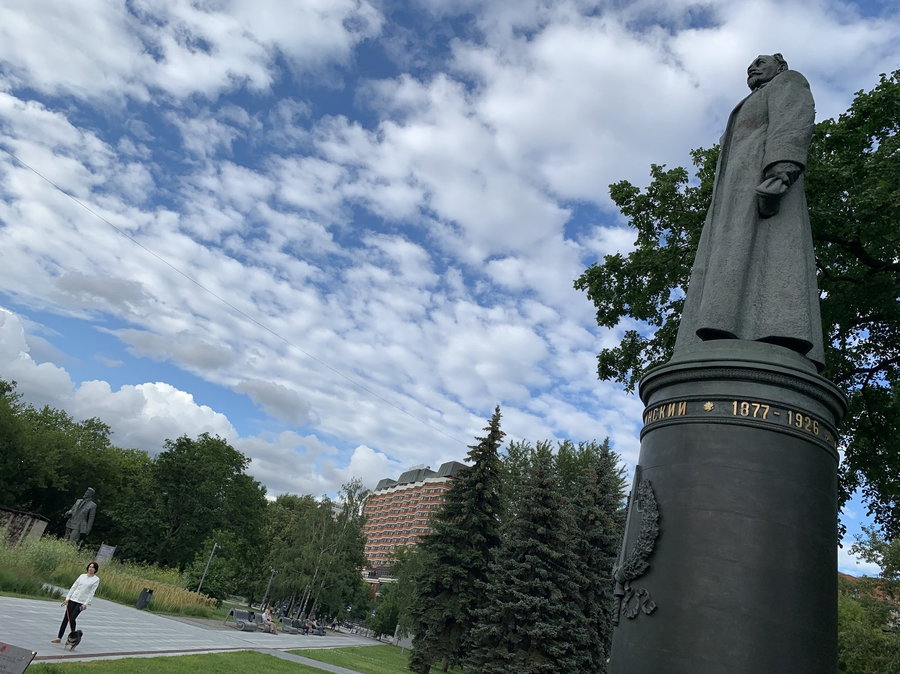 “It’s one thing what statues mean when they are in conspicuous sites, in main squares and big streets,” says Masha Lipman, a political analyst who has studied Russia’s changing relationship to its monuments. “It’s quite another thing when statues like that are collected among many others in a park.”

One historically relevant example is the pink granite statue of Stalin, standing tall with a broken nose as a result of its original dismantling. In an anti-Stalin statement, an installation of 282 stone heads in a cage by sculptor Yevgeny Chubarov symbolizes the Soviet dictator’s countless victims. Chubarov donated the work to Muzeon on the condition it be displayed right next to Stalin. Together, the juxtaposing works tell a story of a history that can’t simply be erased by destroying one statue. 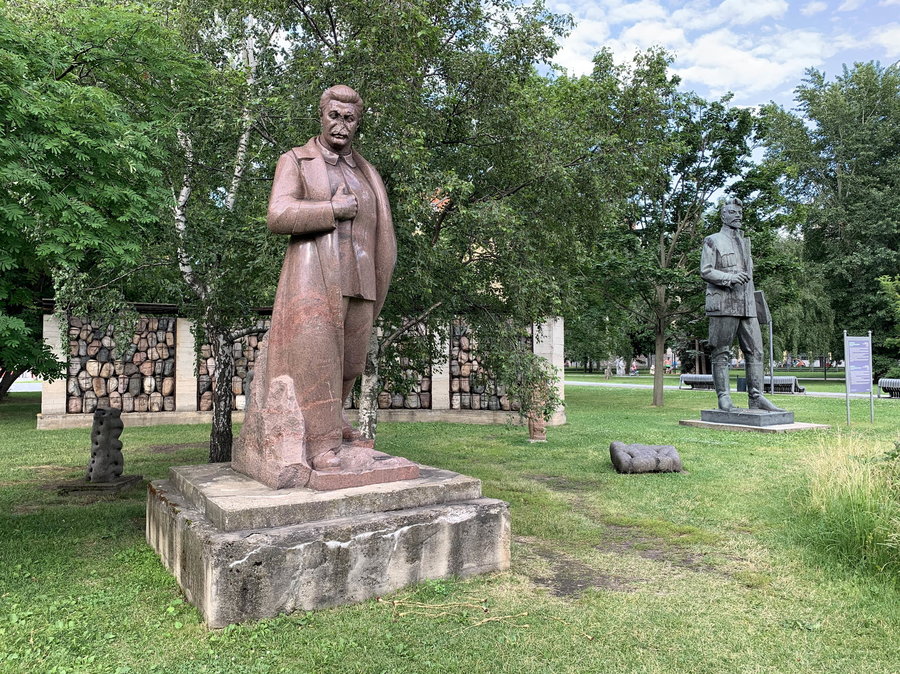 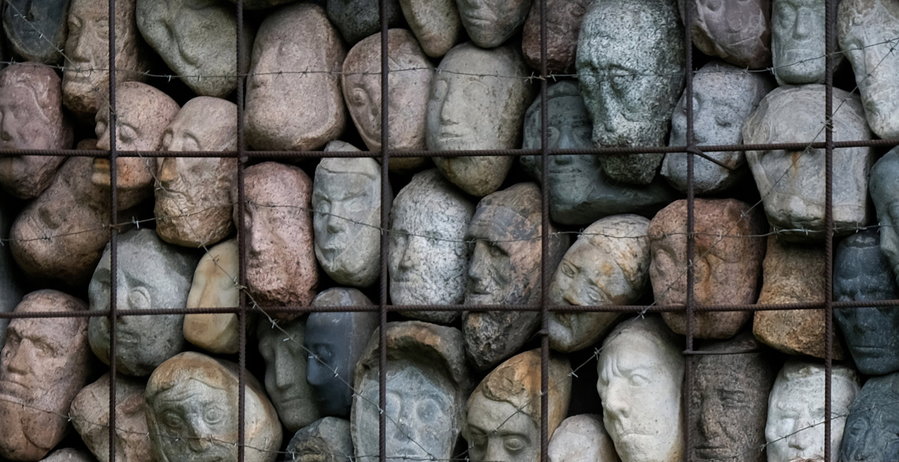 “I consider these sculptures to be part of our history,” says Artyom Golbin, a park guide and historian. “The history of Russia — and any other country — has different periods, some of them bad, some of them good. Still, we have to remember them, and these sculptures are an important reminder of Soviet times.” 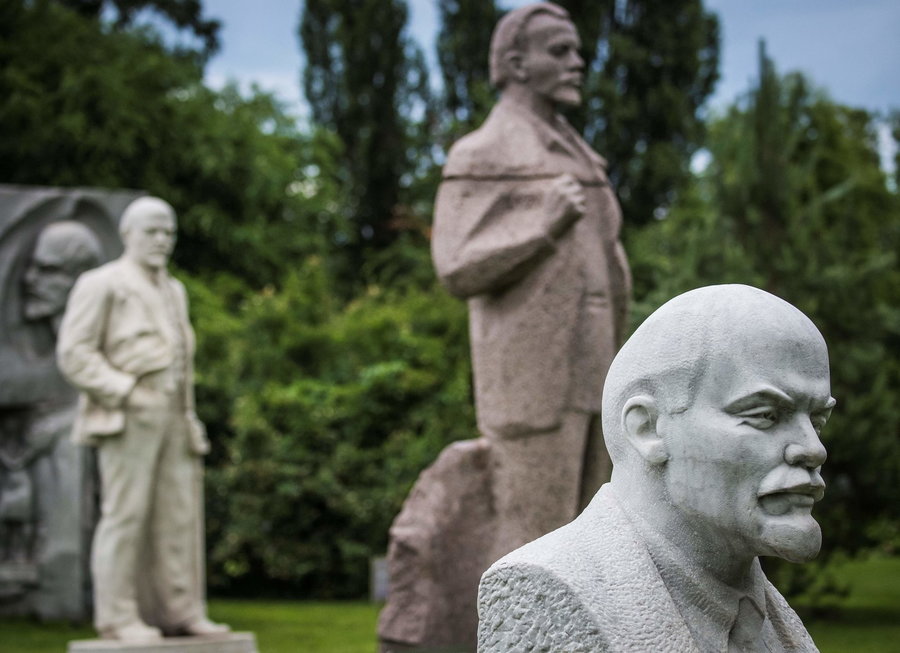 “The Russian experience should give some food for thought to those who are engaged in toppling statues in the U.S. these days,” adds Lipman. “Fighting with symbols of the past does not necessarily help solve problems of the present.”