Russia’s longest-ruling female leader, Catherine II — better known as Catherine the Great — was a force to be reckoned with. Coming to power after overthrowing her husband, Peter III, Catherine was the last reigning Empress Regnant of Russia from 1762 to 1796, and the country flourished under her rule. So much so, in fact, that the period is now known as the Golden Age of Russia. Today, Catherine is mostly remembered for supporting the ideals of Enlightenment, serving as a patron of the arts, and establishing state-financed higher education for women. She’ll also forever be associated with a nasty rumor involving untoward behavior with a horse, and some incredibly dirty furniture. 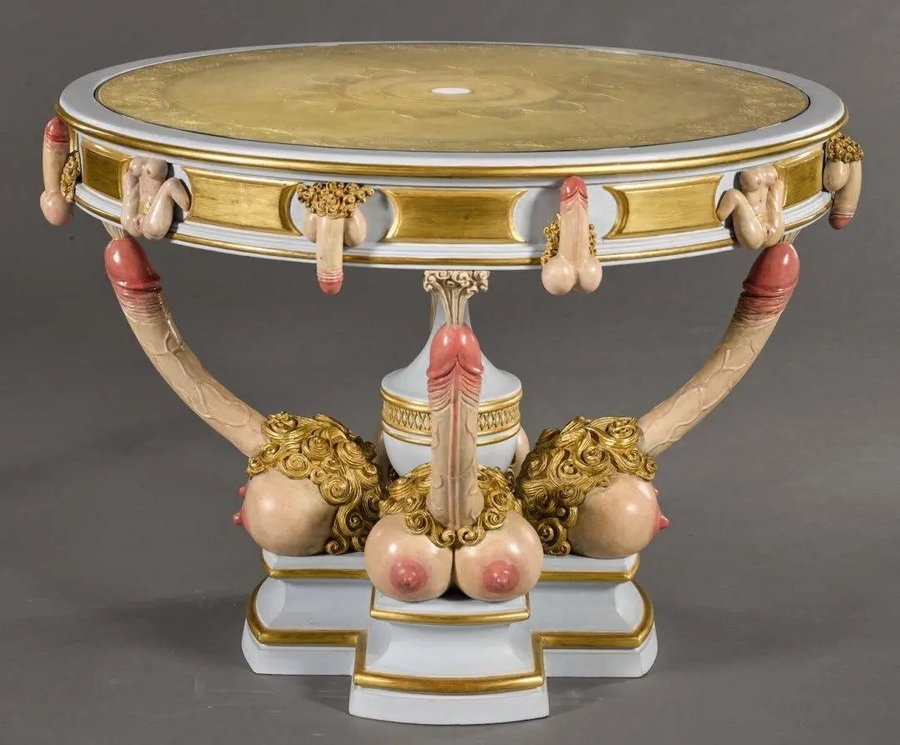 If you’ve seen The Great, Hulu’s comedic re-imagination of Catherine’s life starring Elle Fanning, you already know about the horse. By all accounts, Catherine was bold, fearless, and sexually liberated, qualities that many people found (and still find) intimidating. Though she died in her own bed of a stroke at the age of 67, an undisputed historical fact, people were so scandalized by her sexuality and vigor during her life that they started whispering that her death actually occurred while copulating with a horse, a rumor that has persisted ever since. It probably didn’t help that she was kind of a horse girl, frequently seen hanging out in the stables. In the series, horse-related rumors start to dog the Empress long before her death. 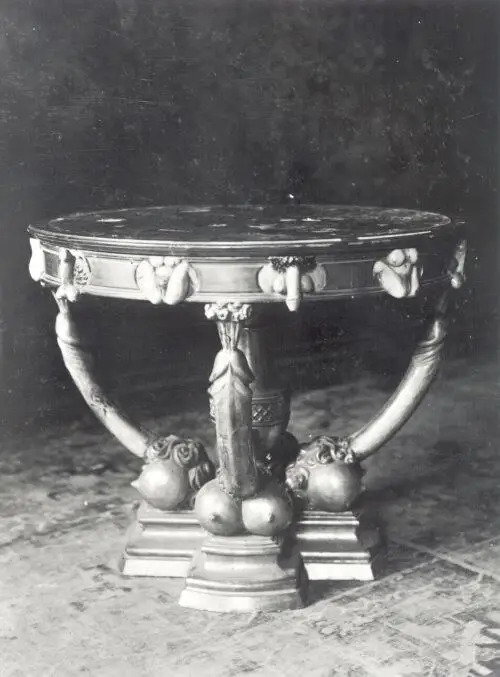 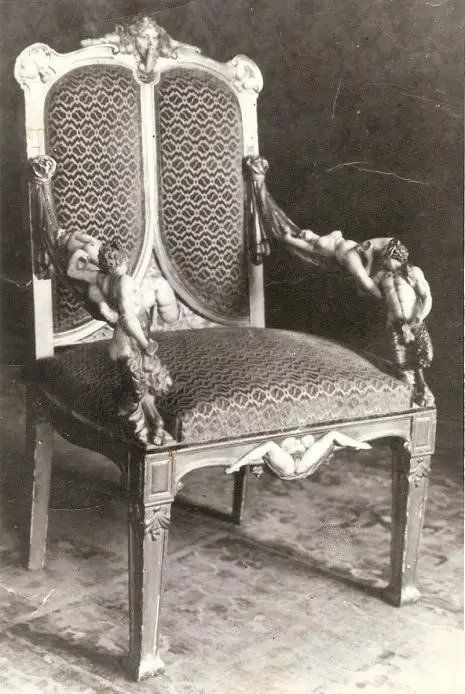 But one rumor that does appear to be true is the existence of two pieces of truly jaw-dropping X-rated furniture. You’re going to want to check out this Buzzfeed piece examining the table and chair in all their pornographic glory, because it’s absolutely hilarious. The furniture was discovered by Wehrmacht soldiers in 1941, who were invading the palaces as part of Operation Barbarossa, an attempt by Hitler to overthrow the Soviet regime. They supposedly took these two photographs of the custom-made furniture before the palaces were bombed, and their contents destroyed in the ensuing fires. 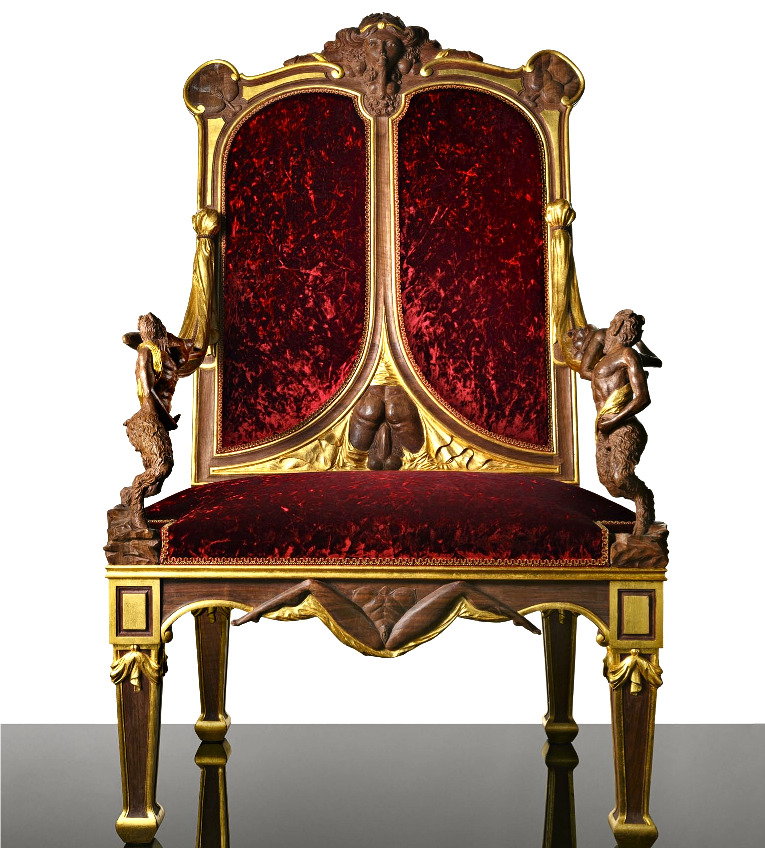 Though their existence was only officially documented some 150 years after her death, historians are pretty confident these pieces were Catherine’s. People had long talked about Catherine’s legendary erotic furniture, which was likely hidden away in private rooms after her son Paul I succeeded her on the throne. In fact, they said it was part of an entire “sex room” Catherine had crafted for her proclivities. There’s still some question, however, as to whether the accounts of the Nazis who photographed the pieces can really be trusted. In any case, the photographed pieces were recreated by a French furniture maker in lurid color to preserve their memory. 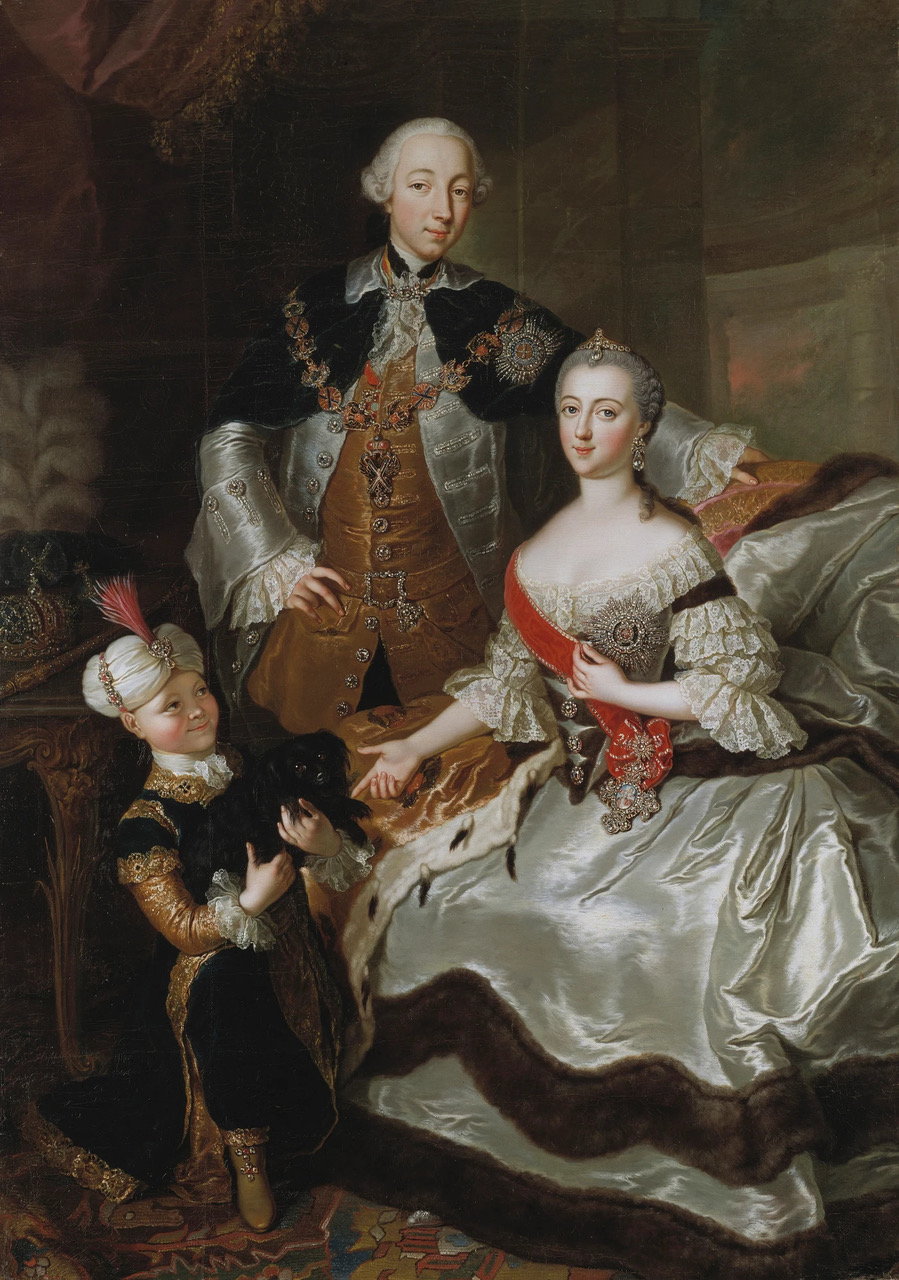 While the lewdest rumors about Catherine the Great were most likely invented by her political enemies, there’s no denying her sexual voraciousness. During her three decades of rule, which began when she was forced into an arranged marriage at the age of 16 to Peter, her second cousin, she’s estimated to have had affairs with as many as 22 different men. Peter was said to be a childlike alcoholic who spent most of his time playing with toy soldiers while Catherine took comfort elsewhere. Among her paramours was Russian military officer Sergei Saltykov, thought to be the father of one or more of her children. Stanslauv Poniatowski fathered another one of her daughters, and Russian lieutenant Grigory Orlov, who helped her overthrow Peter, may have fathered one of her sons. 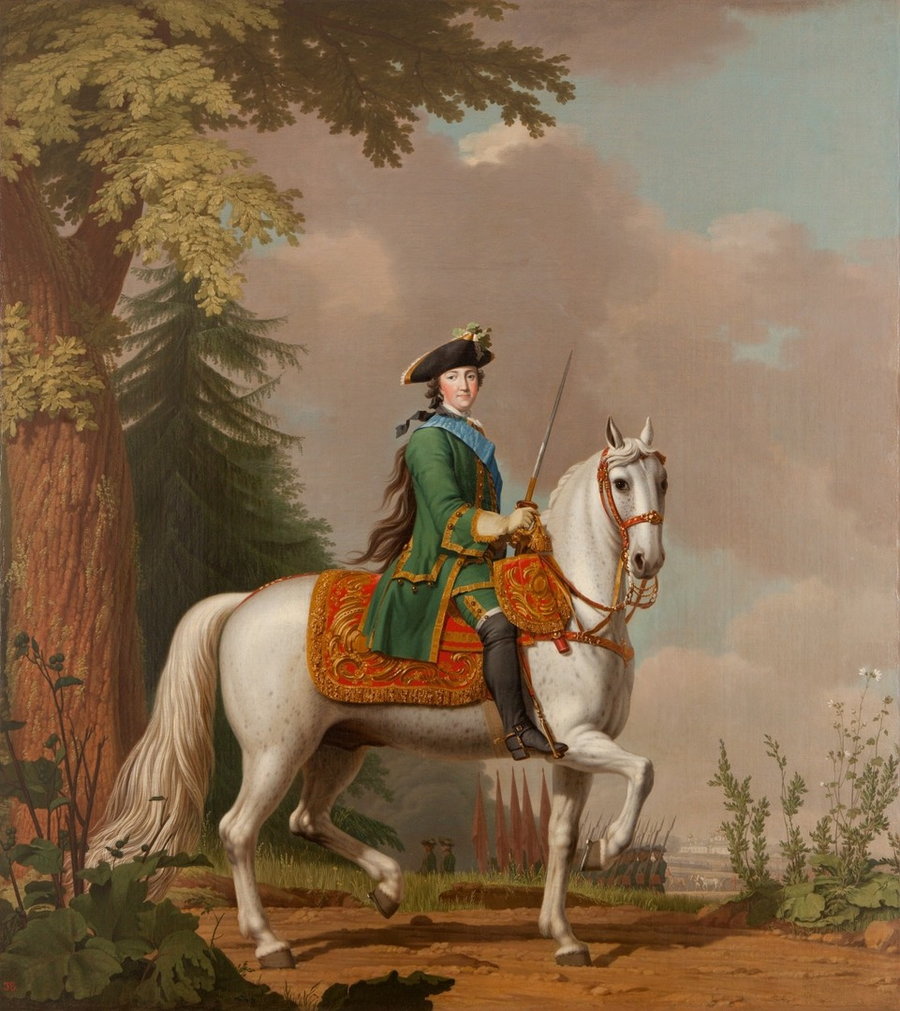 A recent dramatization of Catherine’s rule starring Helen Mirren, HBO’s Catherine the Great, captures some of the affairs that occurred in the ruler’s later years. Among them was one of her favorites, army commander Grigory Potempki (she is said to have cast his “elephantine sexual equipment” in porcelain so she could “console herself” when he was away). The series also brings to life reports that Catherine had potential lovers road-tested by her best friend, lady-in-waiting Countess Praskovya Bruce.

Some may be eager to demonize Catherine for her liberal sexuality, but the historical timeline shows that she embarked on each of these affairs one at a time, and truly loved many of her partners. For, as the real Catherine once wrote, “I cannot live for a single hour without love.”