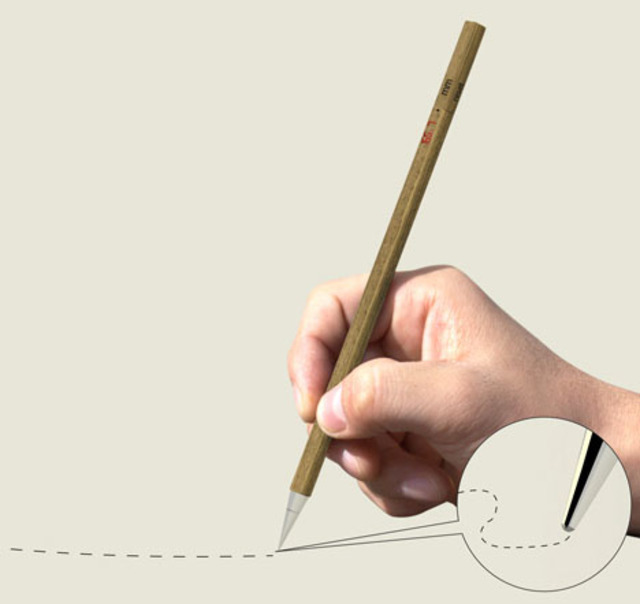 How do you measure curves? For point-to-point measurements along a straight line, the answer has long been obvious to architects and engineers. On flat surfaces, you might even be able to follow curving shapes with a tape measure, but add in 3D contours and the process gets a lot tricker. In a world with increasingly unusual built forms, not to mention mapped courses that are not always narrowly linear, this neat concept design offers a slim and elegant solution. 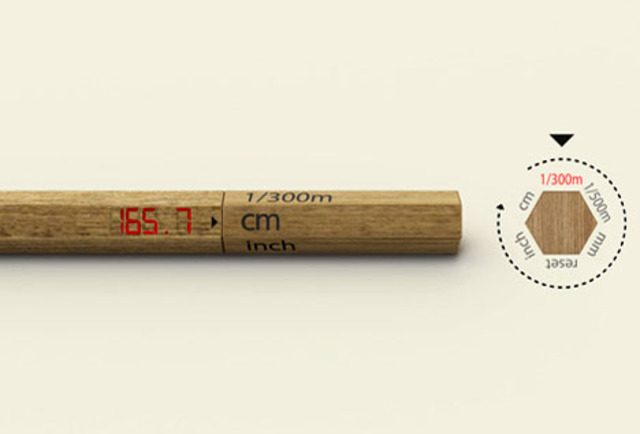 Shaped like and styled after a classic six-sided wood pencil, this curve measuring pen features a rotating knob on the top that twists to let you use different metrics as needed (a variation on the typical pair of three-sided, architect-and-engineer scales one might find on a drafting table). Of course, for anything less than (perhaps including) the steadiest of hands, precision could be a real problem, so maybe it’s best for jobs that don’t count on accuracy down to fractions of millimeters. 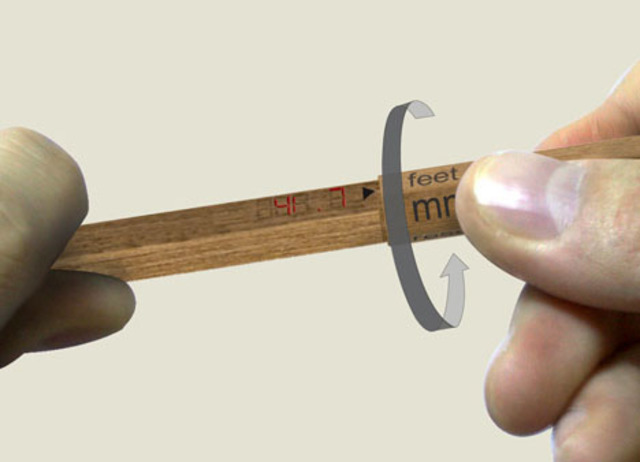 A digital readout along the side (hopefully reversible for left-handed users as well as right-handed ones) of this unusual curve measuring tool then displays the distance the tip travels from start to finish, allowing someone to plot a course or trace a curve down to a few decimal points as needed. High-tech though this little ruler gadget may be, there are still some obvious design flaws that would need to be worked out before it could be put into mass production, but something tells us someone out there is going to take this idea and run with it, and we’ll see a modified version on the internet in no time flat.