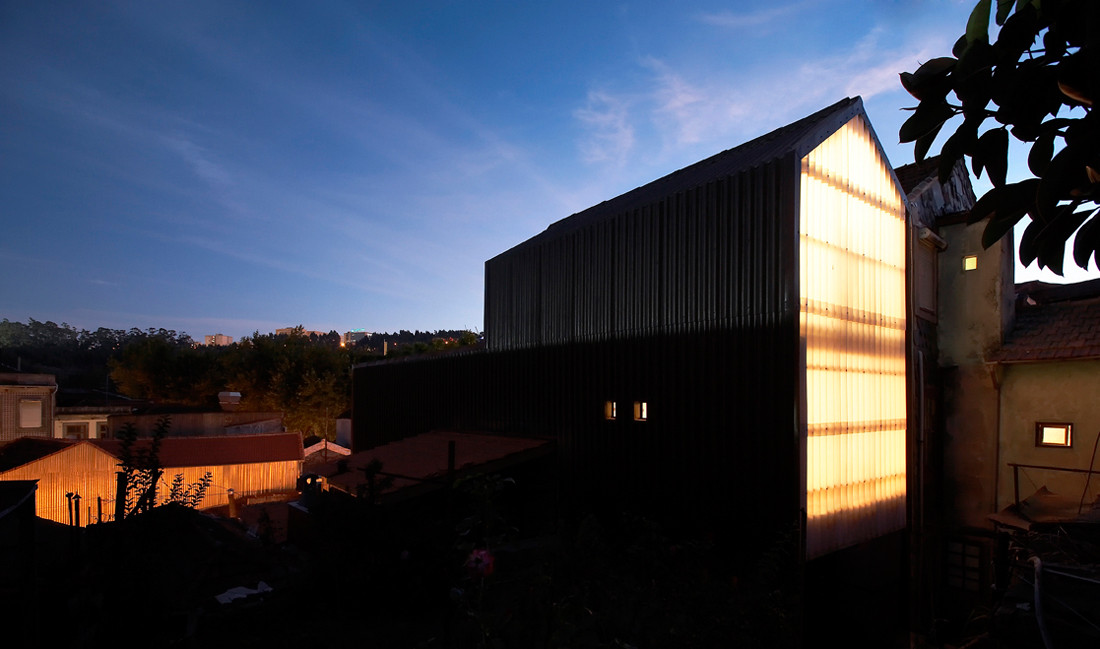 Little was left of this small traditional abode in Portugal when it came time to convert this shell of a home into a workable residence once again – only the crumbling facade, some wooden beams and stone were intact, leaving much to be filled back in. The result is a beautiful study in contrast of modern and traditional elements, updating the old house with respect and sensitivity. 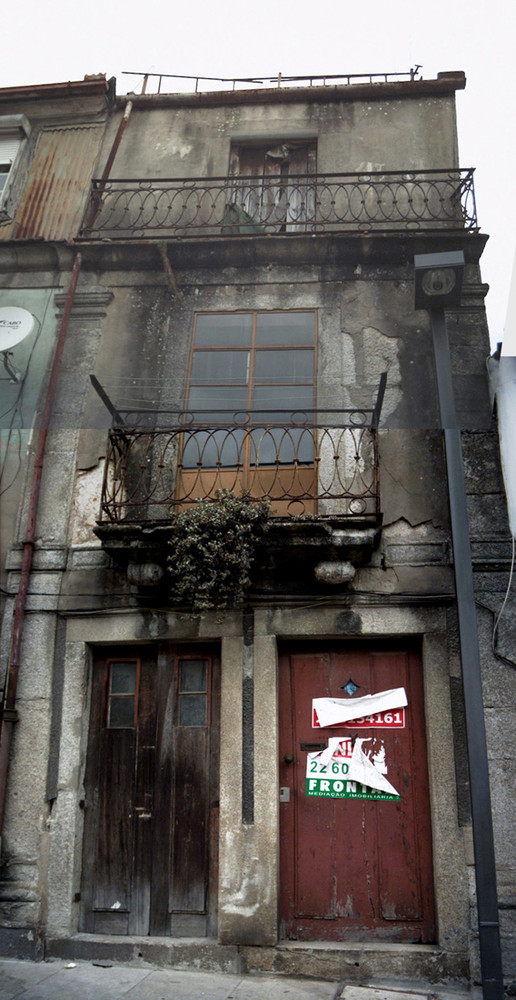 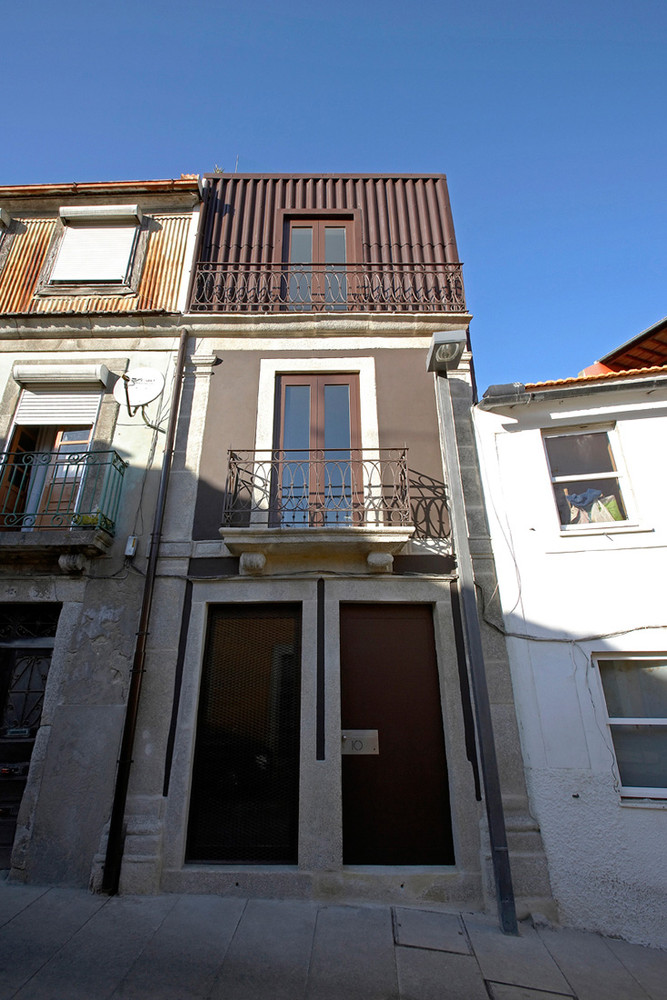 The architects of Ezzo preserved and refurbished what was left, then fleshed out the rest in clearly-contrasting modern simplicity – white walls, bright wood and simple geometries on upper floors. The striking before and after images show just how much this modern home renovation benefitted the original structure while retaining some beautiful traditional details. 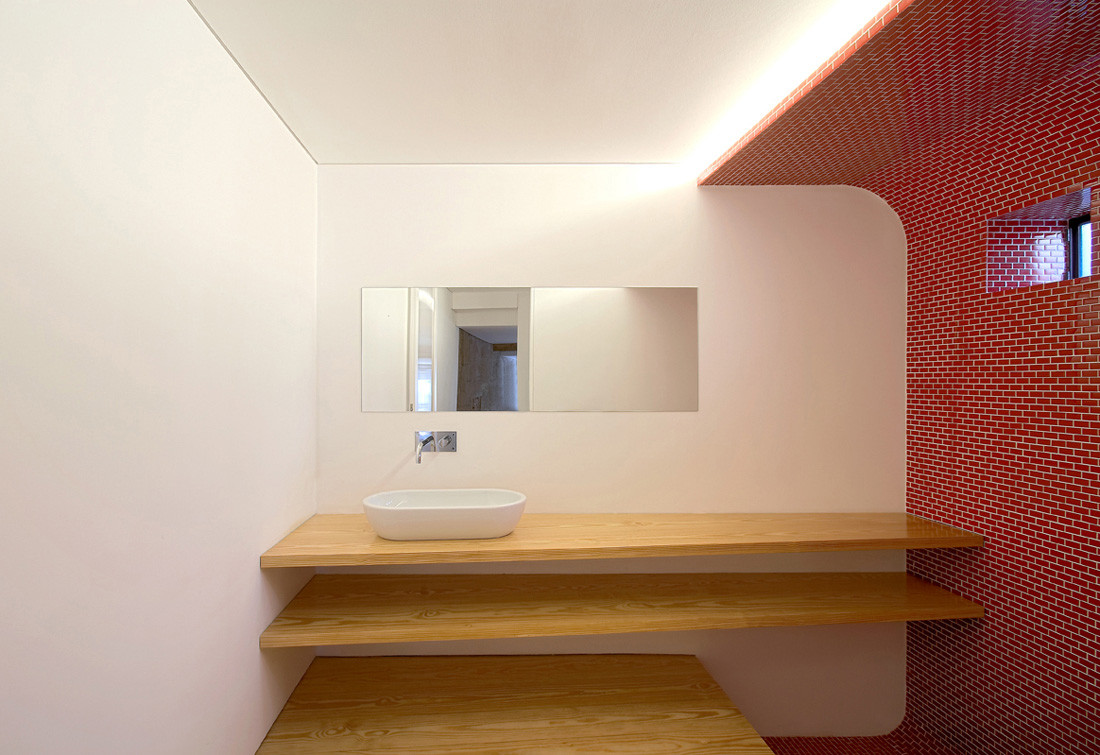 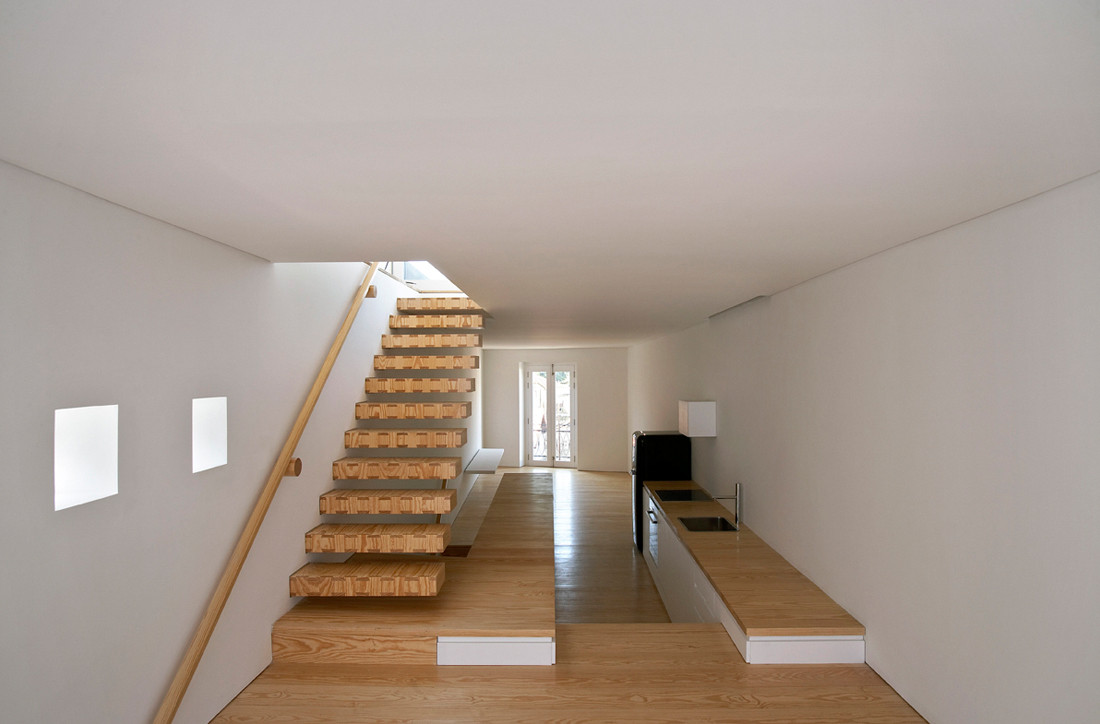 On lower floors, granite masonry ties the building to its neighbors physically and visually, also reinforcing a sense of these being below grade (which they are, with respect to the raised level behind the house that starts a story up).

“Another important aspect of the project was the distinct nature that each area possesses; thes stand out not only because of their different views, but also because of the various textures and colors that have been selected,” say the architects. “On the ground floor, a coarse-sand plaster was used, along with the same brown color used for the exterior, so as to create an intimate ambiance that is evocative of the shelter provided by a cave. The stairwell, in brilliant white, leads into the house, two pink panels pop up along the way, hiding the guest bathroom and the storeroom from sight.” 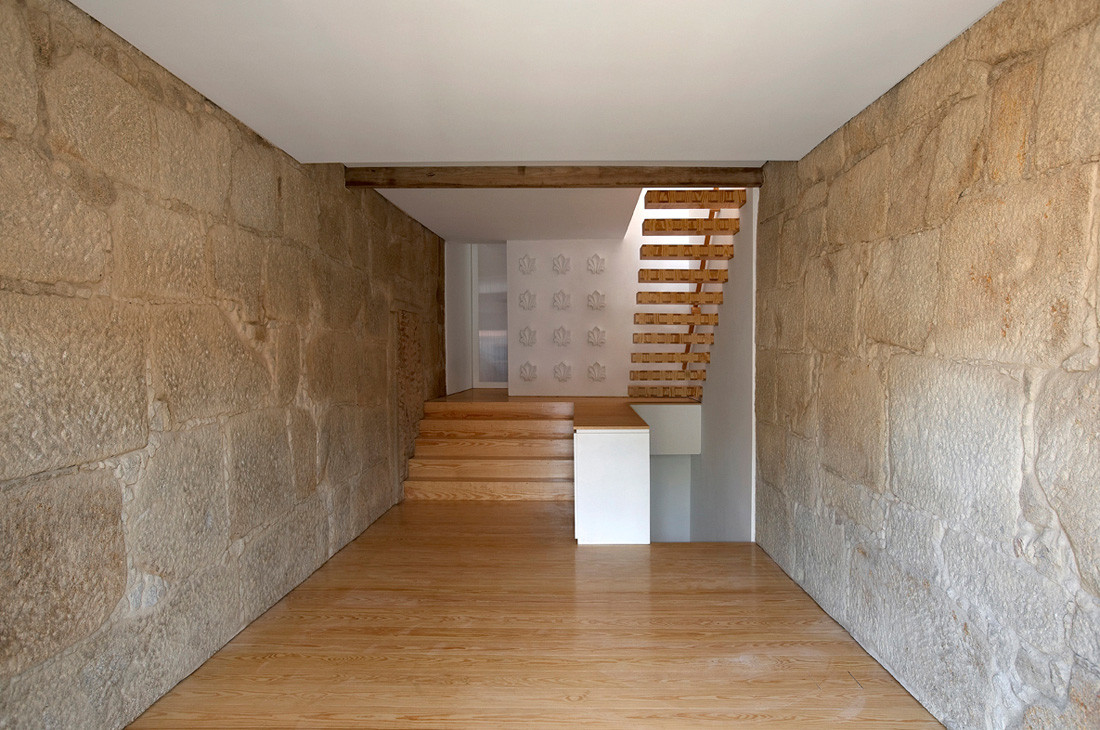 “The first floor was found to have large blocks of yellow granite masonry which was perfectly fitted and then maintained in it’s entirely, giving this floor a yellowish colour somewhere between brown and white. On the more recently built two upper floors, the walls are smooth and white. The kitchen, which acts as a central element, epitomizes a unique area which brings together the living and dining rooms, designed as an area for socializing, where everyone plays a part in the ritual of cooking. On arriving at the outdoor terrace we find, once again, brown in the wood and pink in the flowers, and this takes us back to the start of our journey through the house.”