Necessity is the mother of invention, they say. And when two UCLA Economics undergrads realized that they could sidestep the legal drinking age by brewing up their own beer, they eagerly did some research and got to work on their first batch.

What happened next was the result of good luck, active imaginations, and business savvy. That powerful combo launched ReGrained, a company that takes the grain used in the beer-brewing process and turns it into flour and energy bars. 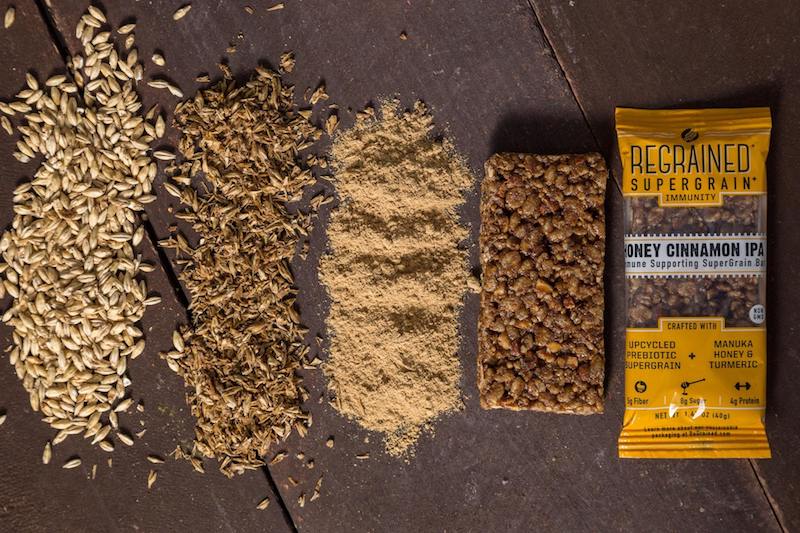 Co-founders Daniel Kurzrock and Jordan Schwartz happily tell people about their “aha!” moment and the way they proceeded to execute it:

“We started homebrewing and quickly discovered that beer was not the only delicious product of the brewing process. Each batch also created food that looked, smelled, and tasted like hot cereal,” they say. “We were hauling this grain out to the dumpster until we read about other homebrewers baking bread with it. We started baking and selling bread with the modest goal of making enough money to brew beer for free.”

Things really took off when they discovered how nutritious this leftover grain was in addition to being free. This is because the brewing process takes the sugar out of the grain, but it leaves fiber, protein, and a slew of other micronutrients behind. The spent grain can then be upcycled and made into a healthy, delicious, sustainable ingredient, turning food waste into food gold. 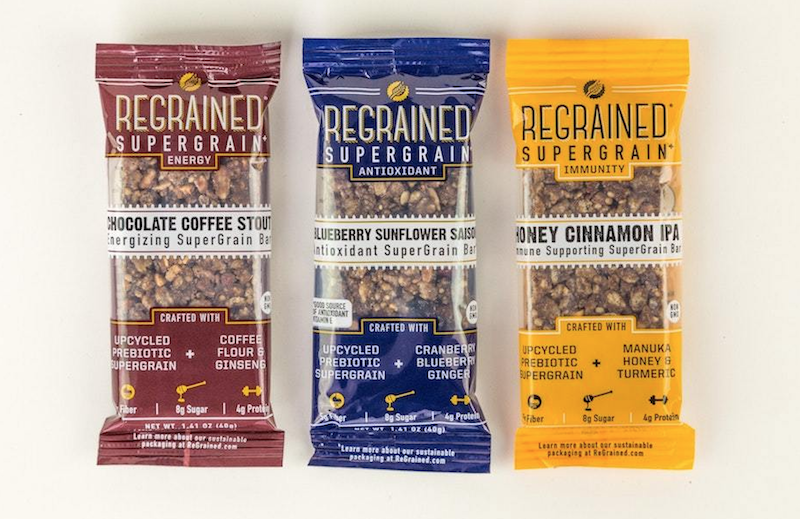 In 2013, the duo hit on the idea of the ReGrained granola bar, and soon after that their first batch was ready for the world.

Today, they convert all their spent grain into SuperGrain+ flour by way of their own patent-pending process. The resulting nutrient-rich flour goes into each and every ReGrained bar. “It’s a great source of prebiotic fiber, which supports gut health by providing food for the probiotic bacteria that live in your gut,” the company explains.

ReGrained comes in three flavors: “Chocolate Coffee Stout,” with added ginseng for energy, “Blueberry Sunflower Saison,” with added cranberries and ginger for a dose of antioxidants, and “Honey Cinnamon IPA,” with added turmeric to promote a healthy immune system. 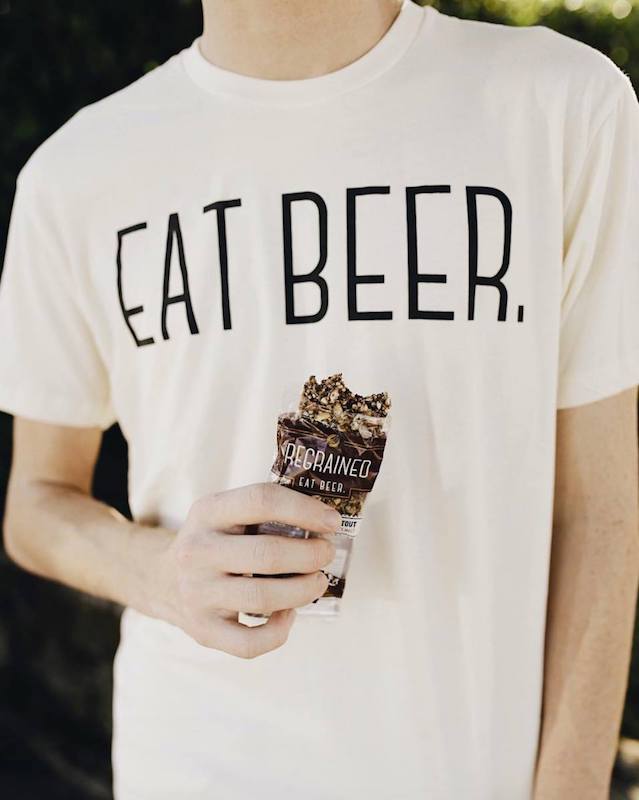 The company is also currently exploring new ways to turn its SuperGrain+ flour into delicious, healthy, and good-for-the-planet treats, so you can expect to see more ReGrained products hitting the grocery store soon.

Concern for the welfare of the environment weaves itself right through ReGrain’s process, from their upcycled beer grain and added healthy ingredients right up to their wrappers. “Prioritizing sustainable packaging has always been a nonnegotiable value,” the company says. “We are proud to have codeveloped a wrapper with industry experts that is designed to be regenerative, that can break down organically and return to the earth.”

ReGrained’s wrappers are made with cellulose film, which itself consists of sustainably-harvested wood fibers and a “biosealant” layer called TIPA that keeps the bars fresh and then breaks down in nature when its work is done. In effect, this also means that the packaging is compostable, but the company is still working on getting the proper certification to officially declare that.

The company has pledged to work with other companies and challenge other players in the food industry to also adopt sustainable packaging.

ReGrained’s commitment to sustainability got a major boost when the company was awarded B Corporation certification in March 2018.