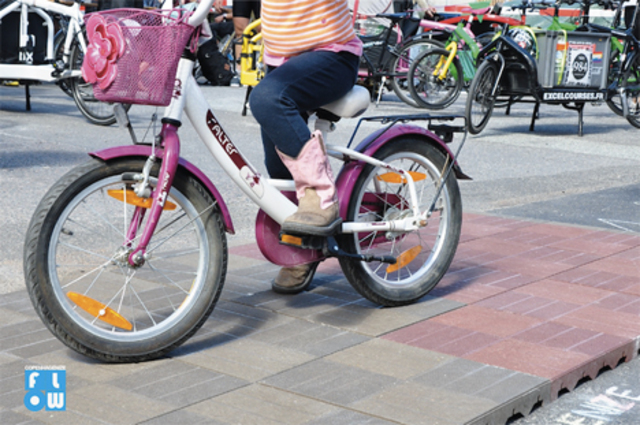 Getting cities without bike lanes to install them isn’t really that hard. All they do is paint a thin white line with a periodic picture of a cyclist and they’re done. But those lines of paint don’t do a thing to protect the cyclists trying to ride in the bike lanes. 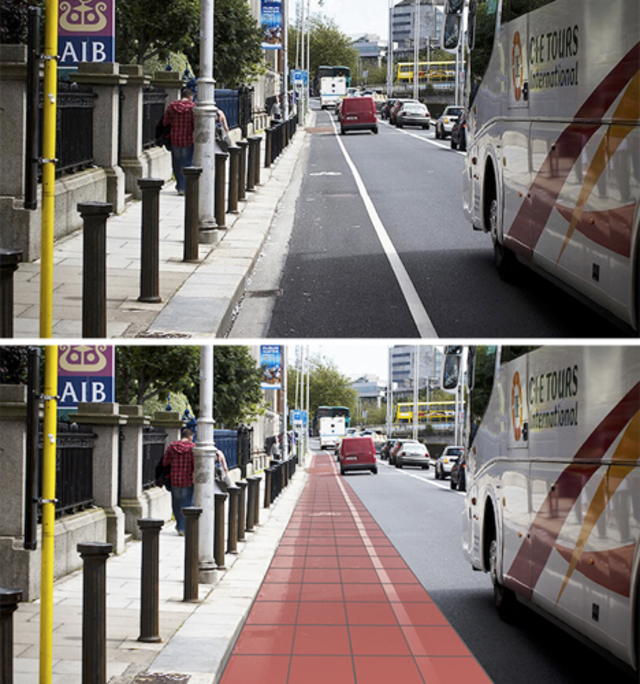 Flow Bike Lane from Copenhagenize Design Company is an efficient and low-cost way for cities to install actual bike lines which are above street level, giving cyclists a little more protection from the motorists driving just inches away. 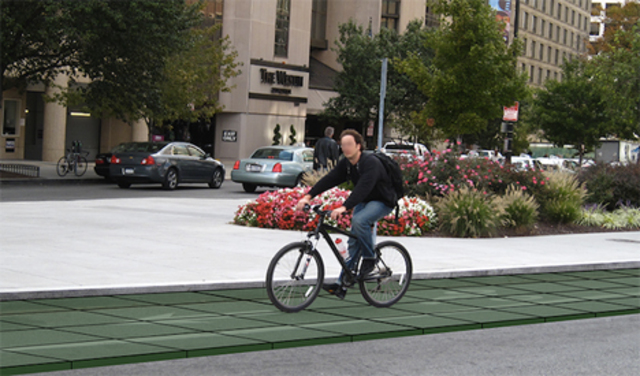 The Flow tiles are all made of 100% recycled plastic and wood. They come in the form of tiles which snap together in any configuration and can create a bike path that’s as long as it needs to be to accommodate cyclists. Because the tiles are a different color than the street, they also help to provide a visual barrier between car space and bike space.

Copenhagenize wanted to prove just how simple it is to install the system, so their advertisements depict children pulling the tiles into place and snapping them together. With an adult crew, half a mile of track can be completed in just one day. The company hopes that someday this design and others like it will show cities just how simple it can be to install bike lanes in places where cyclists would love to have a safer place to ride. 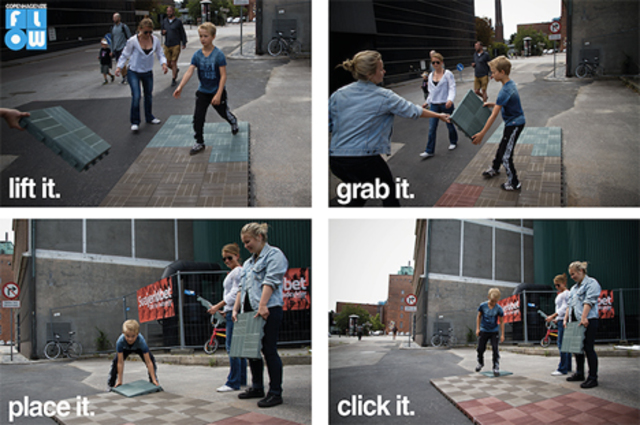 “Only a few generations ago, the bicycle was an integral part of the urban landscape in cities and towns around the world. Modern urban planning is often singular in its focus on technical models, statistics, political mandates and cost. Copenhagenize Design Co. prefers to place the primary focus on human nature in our work. We think about the bicycle user first and design from there, whatever the city.”

“In an age of increased urbanisation, strained public health and continued addiction to the automobile, modern mobility solutions are needed more than ever. Every city once used the modest bicycle as an important tool for successful urban mobility. We are intent on helping cities go back to the future and learn to simplify by building for bicycles.”