In Ready Player One, the novel by Ernie Clines that was adapted into a 2018 Stephen Spielberg movie, protagonist Wade Owen Watts lives in The Stacks, a futuristic vertical trailer park towering hundreds of feet into the sky. The rusting metal living quarters are connected to each other by a makeshift network of pipes, girders, beams, and footbridges, each one packed with far too many occupants. Even in a dystopian tale set in 2044, when most of the world has been destroyed by war, poverty, and climate change, The Stacks are a depressing place to live, a symbol of abject poverty and exploitation.

So when a Colorado company debuted “Stackhouse,” a housing project consisting of stacked metal shipping containers, the comparisons were inevitable. In r/ABoringDystopia on Reddit, one user asks, “Why can’t we have normal ‘affordable’ housing instead of living in shipping containers and other things the capitalist class can no longer use?”

It’s a fair question. People around the world were already adapting shipping containers into makeshift housing out of pure necessity before this type of “upcycled” architecture was a trend. It’s true that once shipping containers are no longer usable for the transportation of goods, they can make a convenient module for experimental structures, and modular architecture is often more sustainable than conventional construction. But the truth is, shipping containers aren’t actually all that great to live in for a variety of reasons. 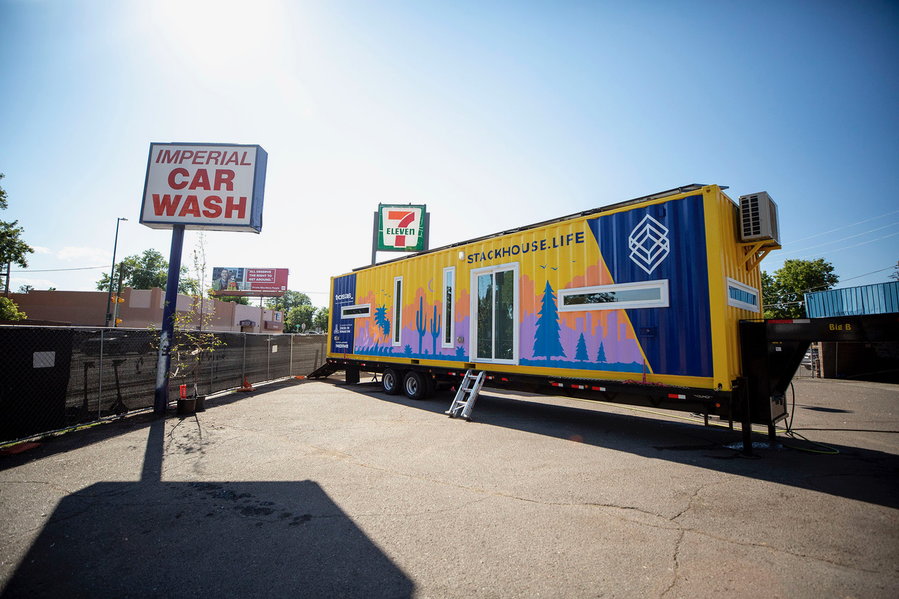 Set to open its doors in August 2022, Stackhouse professes to be “the first company to build vertical infrastructure for moveable containers,” as co-founder and CEO Janelle Briggs told Denverite. The idea is you can buy a unit in one city and then transport the whole thing somewhere else when you feel like moving. Meanwhile, stacking the units takes up less valuable real estate in desirable cities, adding to the availability of affordable housing.

But, as Reddit pointed out, the problem lies in how we define “affordable,” and the quality level we’re willing to accept for the price. Stackhouse is presented as housing the average person should actually want, with 320 square feet of living space within a 40-foot shipping container. Laid out either as a studio or one bedroom, each unit has a full kitchen, solar panels, and a bathroom with a tub. The units will be stacked eight stories high with 62 total slots. While the prices for the containers themselves range from $110,000 to $130,000, the actual price of occupying a “slot” brings the price up to as much as $350,000.

That’s a lot of money to live in a metal box measuring less than eight feet wide inside. By comparison, the median closing price for an attached residential home in Denver was $375,000 in August. In more expensive cities like Seattle or San Francisco, good luck finding so much as a shanty for less than half a million dollars. When these are our options for so-called affordable housing, who wins? (The developers, who are the ones lobbying your state senators to prevent the construction of actual affordable housing, of course). 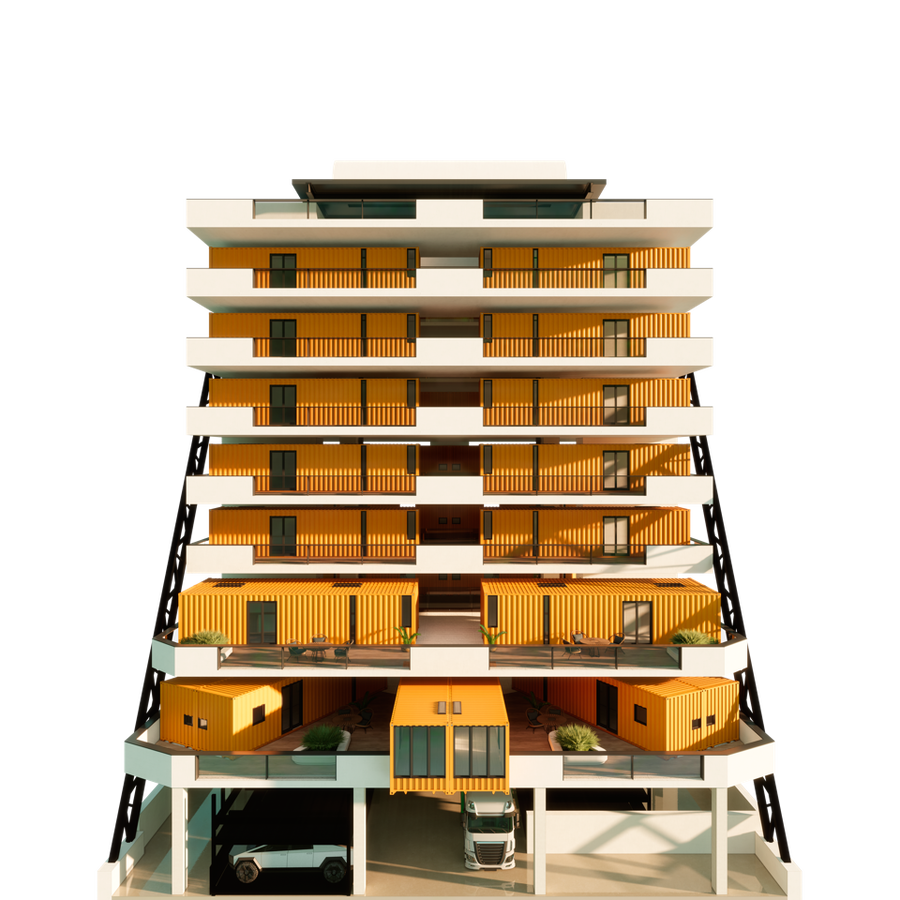 Sure, there are people who are going to be happy to live in this shipping container complex. But it’s a slippery slope. Both rent and real estate prices are skyrocketing all over the world, and the choices we’re presented with seem to keep getting smaller and lower quality at the same time. Choosing to limit your possessions and live in a tiny home is one thing. Being forced into substandard housing because it’s all you can afford is another. The idea to reuse shipping containers as housing was well-intended, but it’s time to move onto more humane solutions.