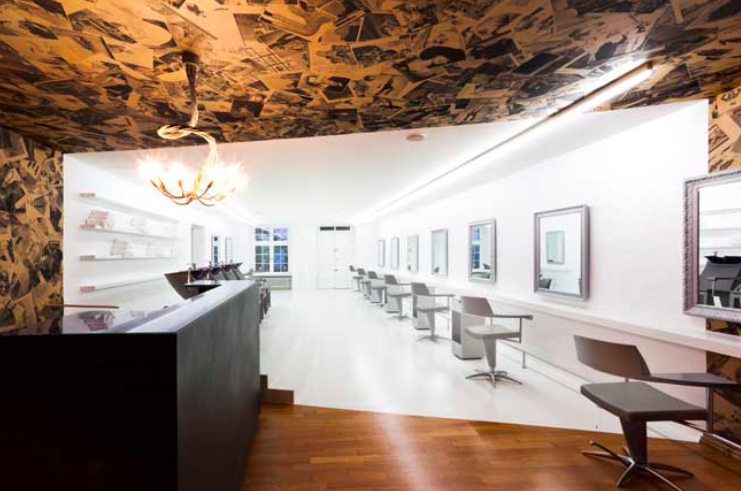 The designers of ZMIK animate spaces in an amazing way, playing on the properties of two-dimensional illustration and three-dimensional rendering, mixing more than just media in their artful installations and architectural projects. The redesign pictured above transforms a hair salon by subdividing the space into two zones, with a visual barrier consisting of nothing but white paint that creates an interesting perspective when viewed from the other side of the large, open room.

“The two areas strongly contrast in their function as well as in their spacial atmosphere. The ceiling and the walls of the reception zone are entirely covered with vintage cuttings from Vogue, photocopied onto packaging paper. Opulently furnished and bathed in warm light, the reception is an invitation for a rest, for purchasing products and for discussing the newest styling-trends.”

“The white studio, however, is the absolute antithesis. Here nothing distracts the work of the hair stylist. The ideal light for working, the bright and glossy surfaces and the minimal furnishings create an almost clinical atmosphere and put the newly cut hairstyles into the centre of attention.” 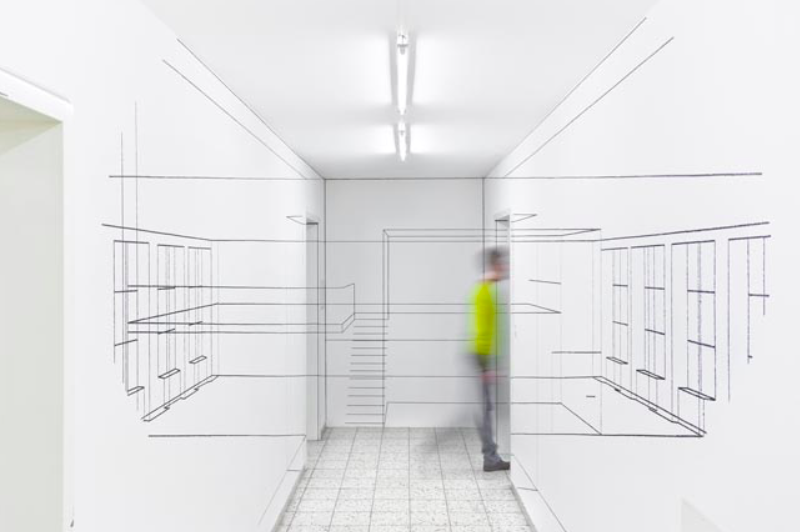 Flat plans come to life and lines on the walls turn into remarkable multi-dimensional images in this incredible interior design illusion inspired by the wireframe mode in popular digital design software Sketchup. Created for the office of an interactive media company, the space itself becomes a reflection of their creative projects and working goals.

Of this “Corridor Intervention” project, carried out in Basel in 2009, ZMIK says “iart interactive moves their offices to a new place inside a building from the seventies. This spacial intervention in the main circulation area visually enlarges the narrow corrridor by using the medium of anamorphosis: Looking from 5 fixed positions the wireframe-drawings show real and imaginary rooms behind the walls. Besides this points of view the graphic merges into abstract lines.” 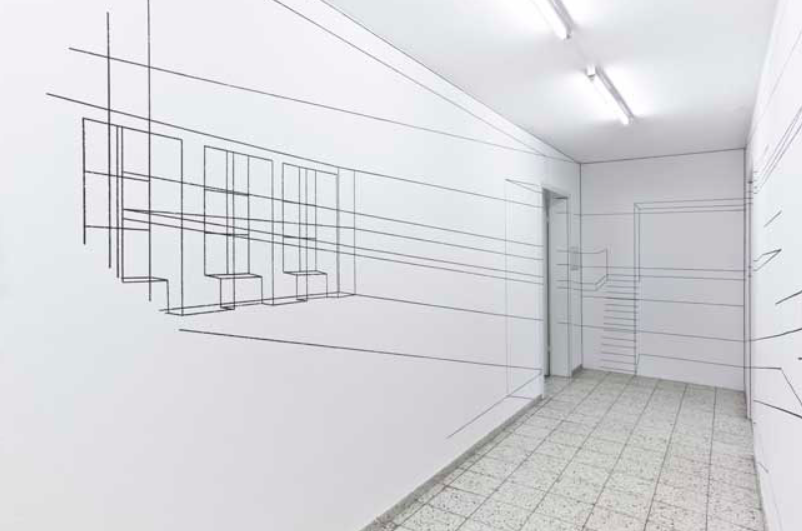 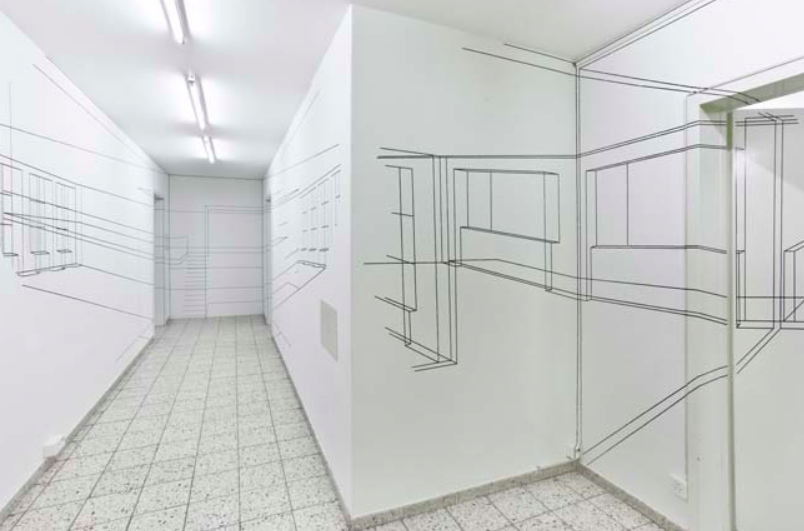 In some cases, the sketchy wireframe lines of the graphic art installation reveal what is behind a wall or unseen at the end of a corridor. In other instances, an entirely fictitious set of rooms, hallways and spaces are represented, laying fact onto fiction and digital imagination onto cold hard reality.

Viewed from indirect angles, the digital design-inspired images blur and become abstract line drawings rather than real-seeming spatial objects. At only five specific and central points do the patterns emerge and perspectives converge.