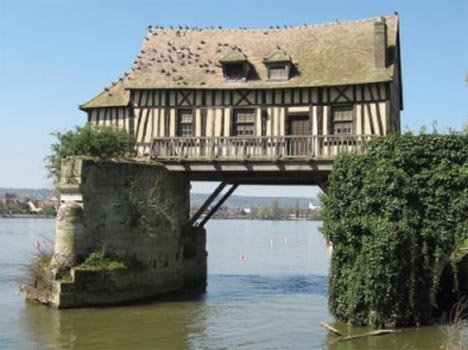 Everyone claims they want a house on the water, but few get to experience that desired proximity quite so directly. Large and small, old and new, there are many amazing dwellings built on aged bridges or designed to be a bridge from the day they are constructed – in short, there are many people in the world who get to actually live on bridges. 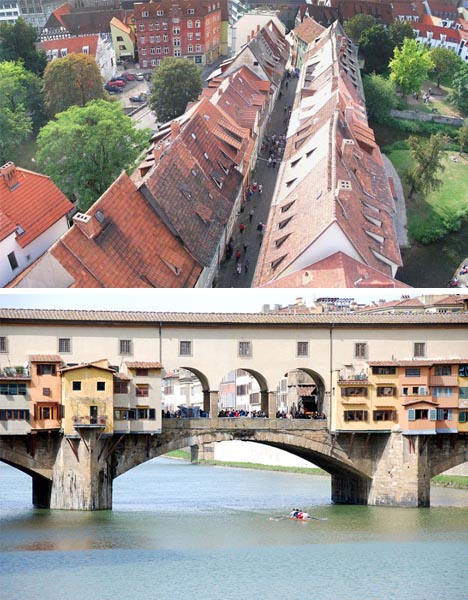 The above Kraemerbrucke in Germany and Ponte Vecchio in Italy both have long and rich histories as bridges, inhabited and otherwise. The former was built and rebuilt after being destroyed by fire many times starting over 1,000 years ago, with its current built-out form dating back nearly 500 years. The latter site was used for bridges dating back to Roman times and has likewise been inhabited by shops and homes for centuries.

Some houses were bridges from the very beginning. The Ambleside Bridge House shown here is over 300 years old as a house and apple store. It has survived generations in its precarious position, straddling the waterway below, and is not held in trust and used as an information center for visitors. 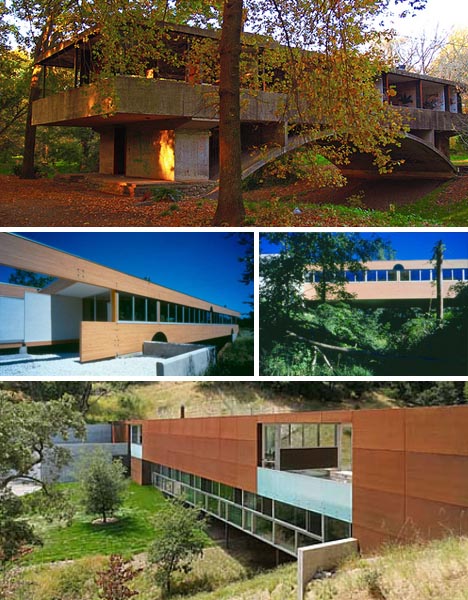 Many modern homes are built as bridges as well to span waterways on their sites, often in rural areas. Homes by Amancio Williams, Michael Johnson and other modernists provide amazing views and a surreal floating experience to residents who in some cases are suspended dozens of feet high within their structures. 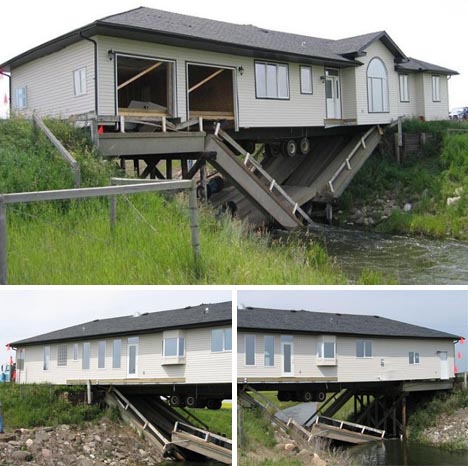 Continue reading below
Our Featured Videos
On a somewhat lighter (or darker) note, not everyone wants to have their home be a bridge – particularly this poor homeowner whose adaptive reuse project was anything but planned.