The Pagani Zonda is no ordinary car. Throughout its 18-year production run, only 135 have been made — and that includes commemorative special editions and prototypes. Named after a dramatic whipping air current over Argentina known to exceed 150 mph, the Italian-made Zonda is a sleek, aerodynamic luxury racecar with the kind of detailing that makes sports car enthusiasts everywhere salivate. While its price is usually around $500,000 USD, certain editions like the Zonda HP Barchetta can cost as much as $17.5 million. 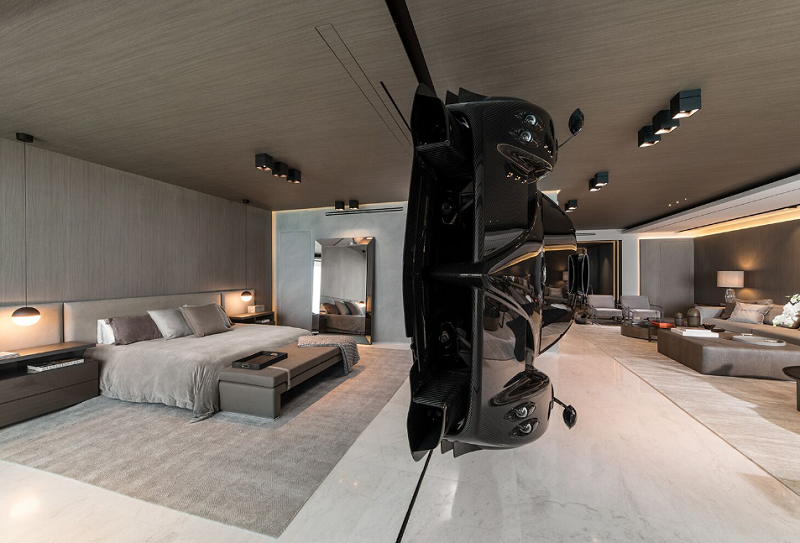 Most people who’ve shelled out that kind of money for a flashy car showcase it in a protective garage, where they obsessively clean and maintain it, perhaps taking it out for a spin on special occasions. It’s pretty surprising, then, (to say the least) to see a Zonda turned on its side, staked through the middle like an hors d’oeuvre on a toothpick, and used as a room divider in somebody’s apartment.

This highly unusual interior decor choice makes a little more sense when you learn that the Miami condo it’s in is owned by race car driver Pablo Pérez Companc, son of Argentina’s wealthiest individual. Companc purchased no fewer than two Paganis (a Zonda Revolution and a Huayra BC, each costing around $2 million) before approaching the automaker’s founder, Horacio Pagani, and asking if he could buy a performance engine to display as art in his new home. 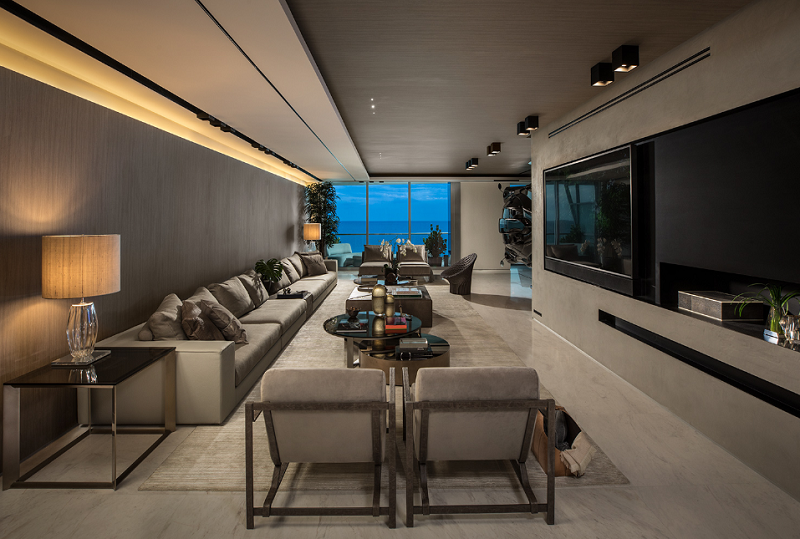 Why stop at the engine, Pagani suggested, when you could use the entire car instead? But here’s the catch: it’s just a replica, albeit a full-sized one made of hand-woven carbon fiber. So maybe it can’t be taken off its pillar and raced around the streets of Miami, but Companc does already have a functional Zonda R for that, anyway. 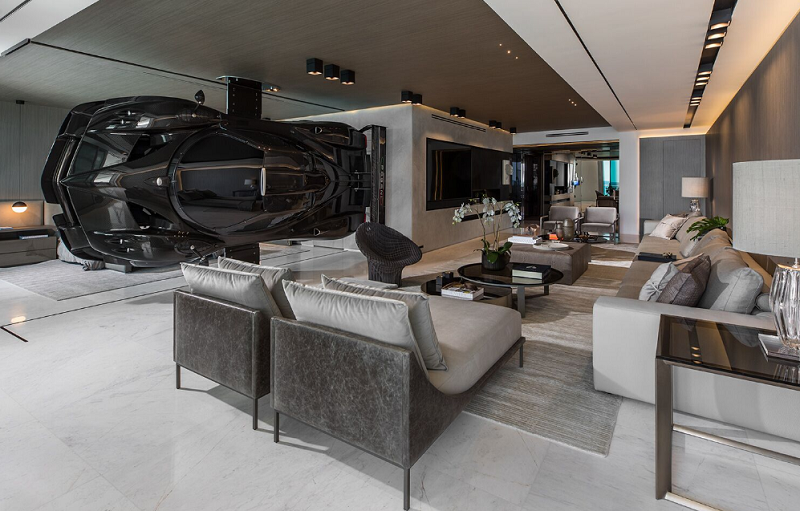 “At first I thought it was a crazy idea, especially with the cost of buying such an expensive chassis,” Companc told The Drive. “Time passed by and (Pagani) called me again. He said, ‘Ok kid, that’s it, we’re going to make a replica of the R but you have to put it in your house.’ And that’s how it happened.”

“Obviously, it’s a completely bare chassis and it could never mate with an engine, as the carbon fiber wouldn’t have the density to withstand the torsion. So it’s strictly decoration.”

The highly unusual sculptural element was installed by contractors Finish My Condo alongside Artefacto Home Staging. It was no small effort hoisting the 800-pound car up from the bed of a truck with a crane and lifting it up over the racecar driver’s balcony and into his new home. Inside, it’s supported by a custom aluminum and carbon fiber stand. 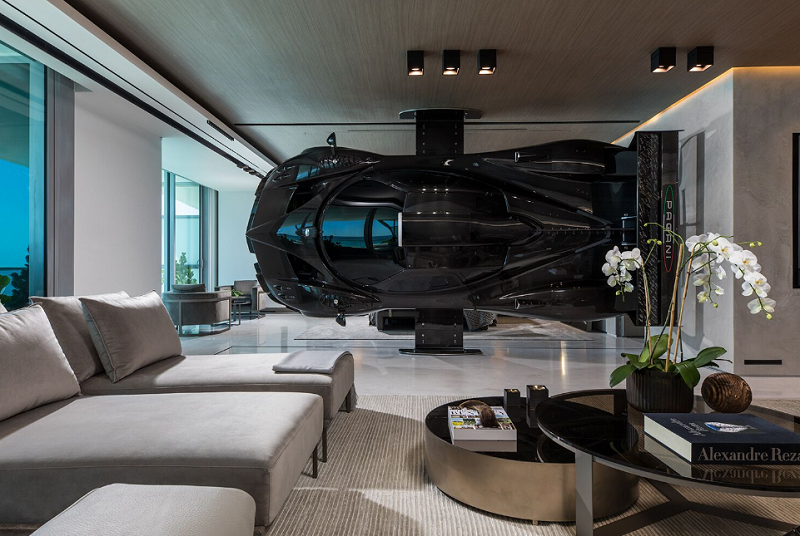 Striking in its monochromatic, glossy shade of black, the sideways sports car separates Companc’s living room from his bedroom in the modern open-plan loft. The cost of the car alone is estimated to be around $1.5 million, while the entire apartment clocks in somewhere around the $19 million mark.

Spotted elsewhere in the apartment: a miniature Pagani model which, despite its diminutive proportions, costs about $10,000.