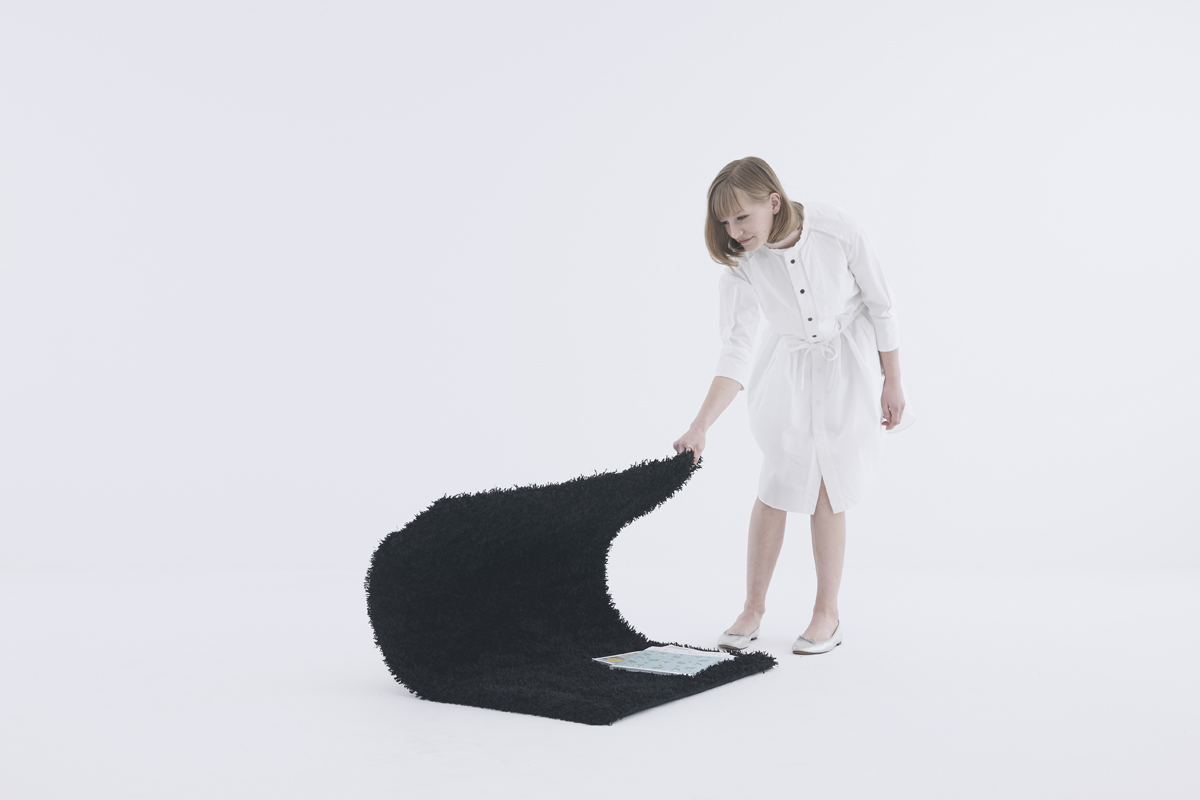 Staring at this roomful of YOY furniture feels a bit like stepping into a surreal film: nothing functions exactly as it seems like it should, given its usual purpose and the laws of physics. That doesn’t mean this furniture series is any less useful than it ought to be. It’s just delightfully weird. 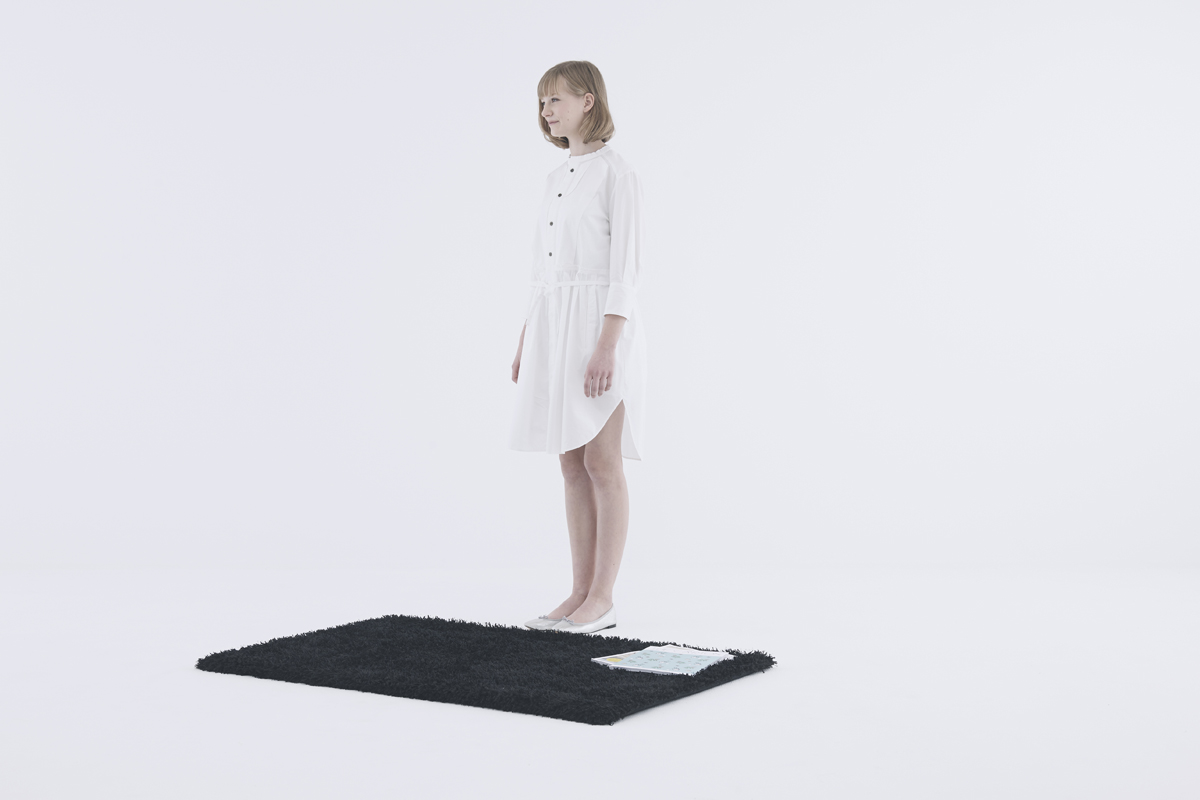 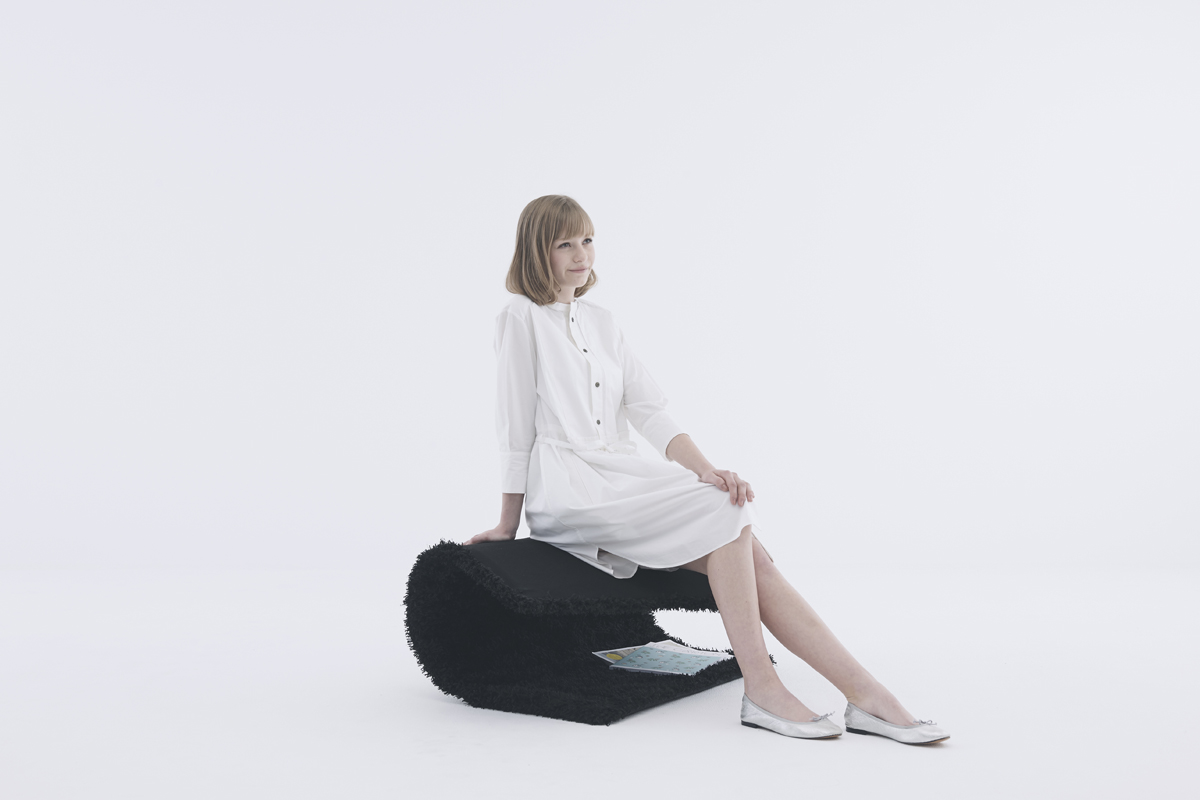 What looks like an ordinary shag throw rug, for example, can be curled up to function as a seat. A hidden 10mm layer of aluminum under the soft surface gives the rug its unexpectedly flexible, weight-supporting form.

“A rug that you can sit on by bending it. There is a 10mm thick structure made of aluminum inside. It can be used as a rug and sometimes as a chair as you like.” 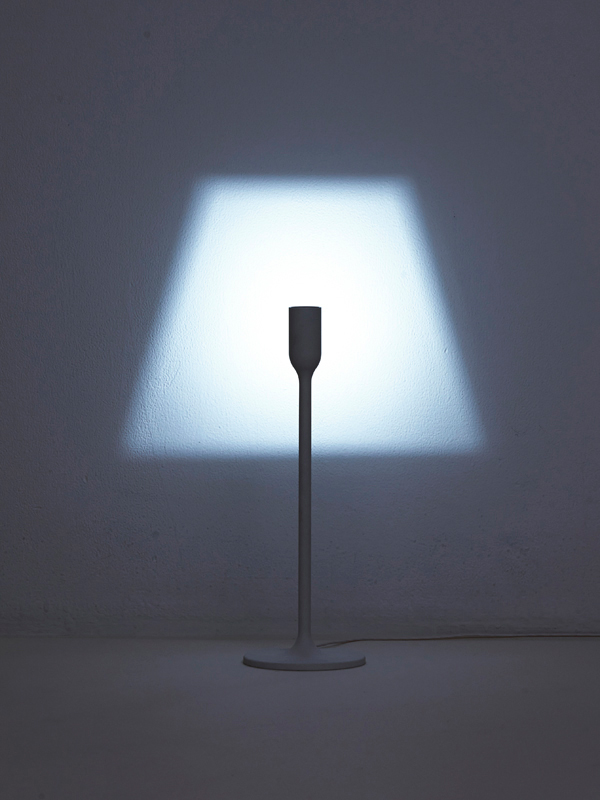 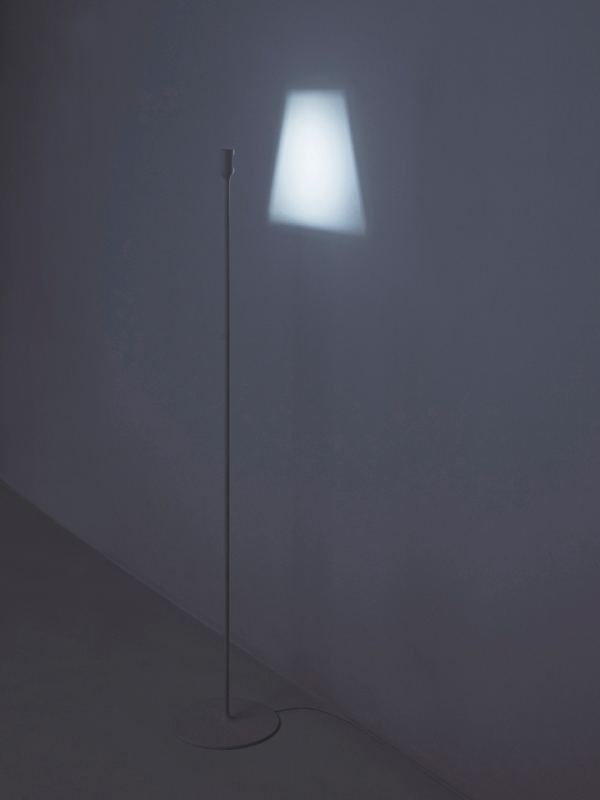 Another quirky design is an LED lamp that projects its own shade onto the wall.

“A series of a table lamp and a ﬂoor lamp. When switched on, a shade of light will appear on the wall. There is a LED inside the head of the pole which imitates a socket.” 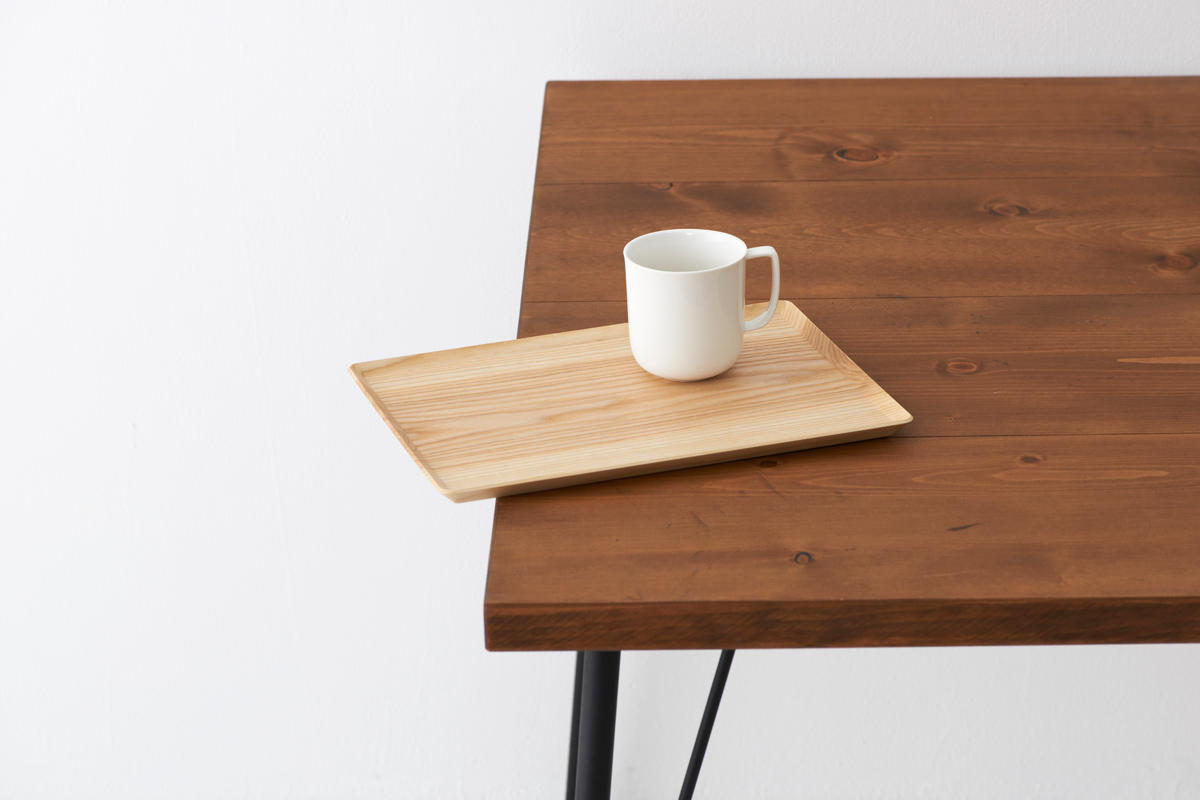 A wooden tray balances precariously on the edge of a table – but how is it supporting the weight of that coffee cup? The answer is a clip underneath that can be used at any angle to add space to an existing surface.

“A tray that doesn’t fall though it looks about to fall. It is ﬁxed to a tabletop with a clip and can be used at any angle as you like. It ﬁts for A4 paper and supposed to be used for coﬀee cup, stationaries etc.”

A fourth design is a series of drawer-shaped accessory cases that extend from the wall at varying depths to make it look like they’re actually built into the surface.

“YOY is a Tokyo-based design studio founded in 2011 by Naoki Ono (Japan, 1981) and Yuki Yamamoto (Japan, 1985). They set ‘between space and object’ as their design theme to design furniture, lighting and interior spaces. Their works have been sold all over the world and are included in the collection of MoMA, New York. YOY has been recognized across the globe with numerous international awards. Appointed as part-time lecturer at Musashino Art University since 2015.”