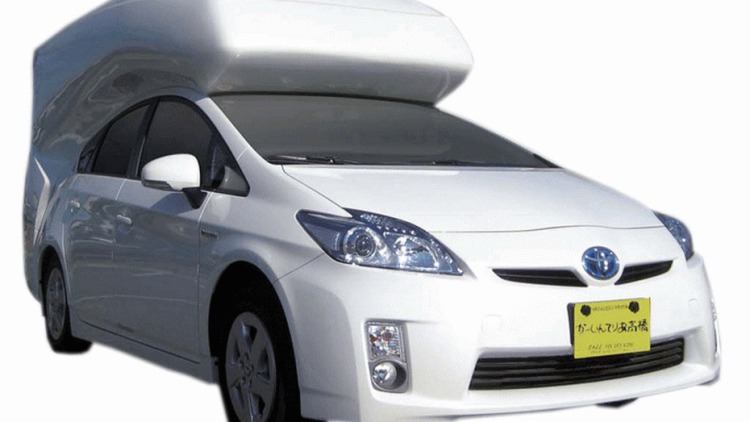 Perhaps you already expect a lot from a hybrid commuter car with a relatively hefty price tag: it should be comfortable and reliable, with a smooth ride, of all the latest technology and a miles-per-gallon average that blows conventional gas-powered cars out of the water.

The Toyota Prius ticks off most of these boxes and then some, making it a popular choice for everything from running errands in the city to extended road trips. But, you can’t exactly use it as a camper—or can you? While a surprising number of Prius owners have creatively DIY’d their way to making this compact car work as a home base for road trips, it’s never going to comfortably sleep more than two people—unless you pick up a little something at Camp Inn. 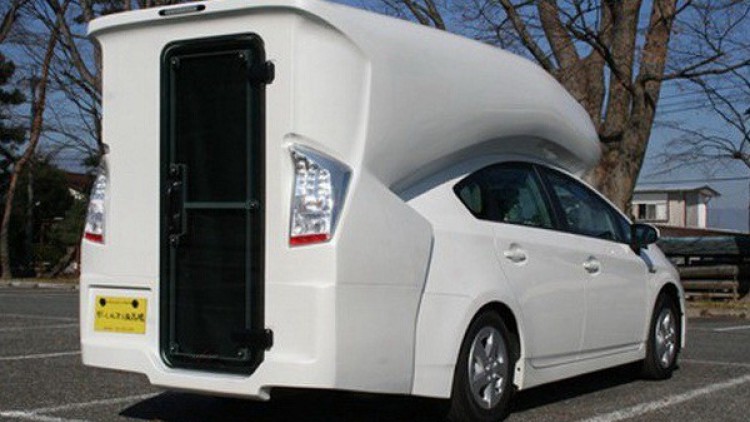 The Japan-based camper manufacturer took automobile enthusiasts by surprise when it unveiled this wacky Toyota Prius converter at the Tokyo Auto Salon. Attendees were initially taken aback by the strange appearance of the apparatus, with AutoBlog saying it looked like the car “was under attack from a giant marshmallow from outer space.” Others described it as a tumor-like growth and a bizarre appendage. It’s true that the camper accessory, made of fiber-reinforced plastic and officially named ‘The Relax Cabin,’ is a bit odd, and makes no effort to look like anything other than the aftermarket add-on it is.

Exactly how it hooks onto the back of the Prius isn’t specified, but one can only imagine it’s got some hooks, straps and other stabilizers to make sure the whole thing doesn’t go flying off into the highway as soon as you hit 60mph. Once secured, it extends the Prius’ bodywork out to 16.34 feet, a considerable increase from its usual size but still well under the length of most RVs and car-and-trailer configurations. 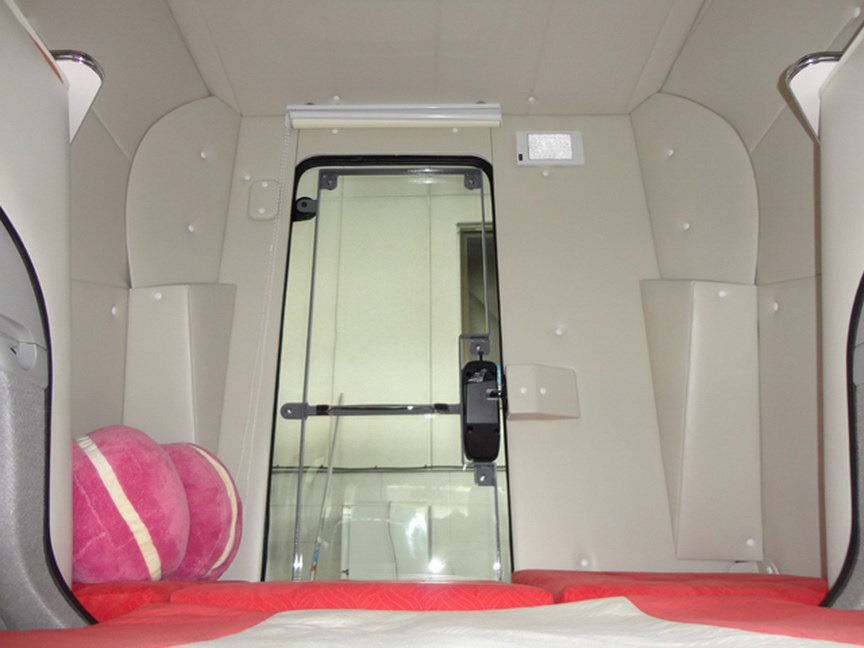 At a price tag of over $52,000 on top of the $24,200 MSRP for a 2016 Prius, ‘The Relax Cabin’ isn’t exactly competitive with other camper options. What do you get for all that dough? Room for four to five people to sleep, with three on the convertible bed in the back and two in an overhead sleeping loft, not to mention a significant dip in your fuel economy. At least it’s aerodynamic. 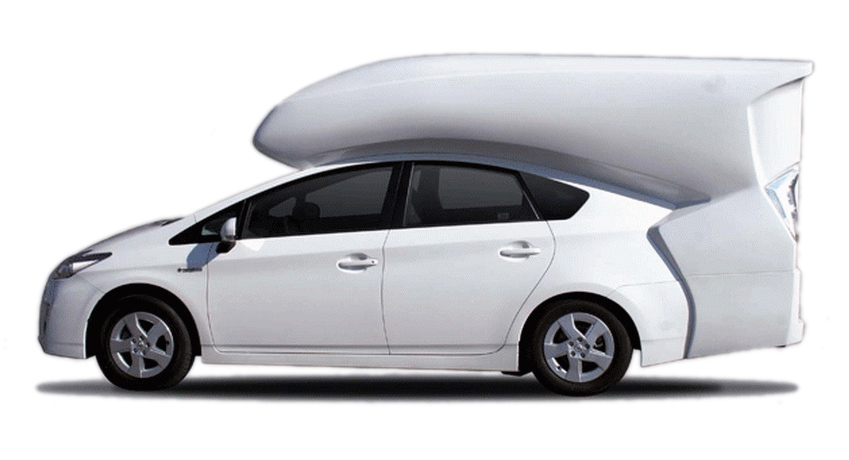 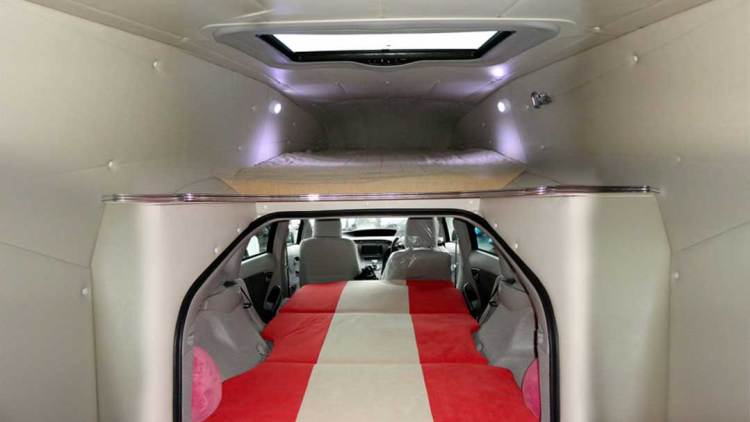 The height of the add-on is pretty nice, though, allowing shorter adults to stand fully upright, and you could potentially fit a folding table and a couple of chairs into the back in chilly or rainy weather. CampInn offers an optional retractible coffee table and/or side sofa. The whole thing is thermally insulated, it has its own battery charging system so that you don’t drain the car battery, and the interior panels are finished in leather. LED indoor lighting is integrated, the entrance is carpeted and there’s a high-mount glass electric sunroof.

‘The Relax Cabin’ is still available on CampInn’s website in shades that match Prius body colors. Even if this unit doesn’t take off on its own, CampInn notes that it’s already gotten lots of attention as an innovation in the camper industry, and could influence more versatile options from a wide range of manufacturers in the future.