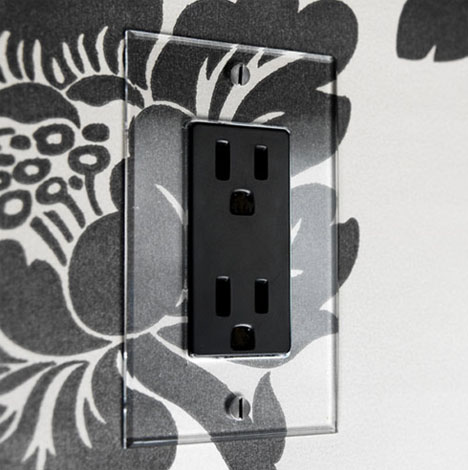 Architects envision perfect decorative spaces, but sometimes forget about the design details that all homes have – such as electrical outlet plates and light switch covers. This clever camouflage idea requires no magic cloak, just a transparent material and some stealth technology, which (in some models) even hides the switch screws and other associated hardware tucked invisibly inside the walls themselves. 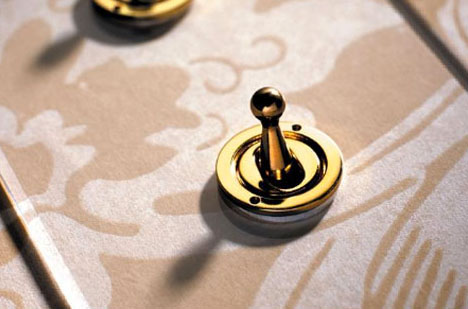 Conventional outlet covers are simple devices that operate on elemental principles of balance: they have two prominent holes that allow you to fasten them to a stable surface via three points of connections. The optical illusion of these defies structural logic: how can they possibly stay attached without screws or glue? 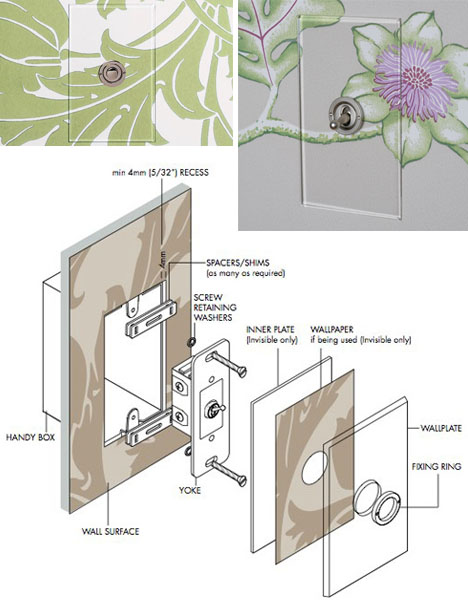 Some of these Lomax switch plates still work that traditional way aside from the translucent plastic covers, but others have hidden washers, secret shims, spacers and an inner plate allowing them to disappear from view once installed. The apparent parts (switchers and dimmers) are available in standard steel, silver, bronze and brass. 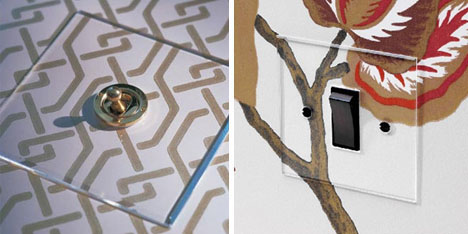 Rather than acting as a screen in front of a wall, the idea with these variants is to let the decorative (or decor-free) properties of the surface stand out, whether that be a wallpaper pattern or one-color painted surface. The effect is less profound with the combination electrical-outlet-and-switch covers though (below). 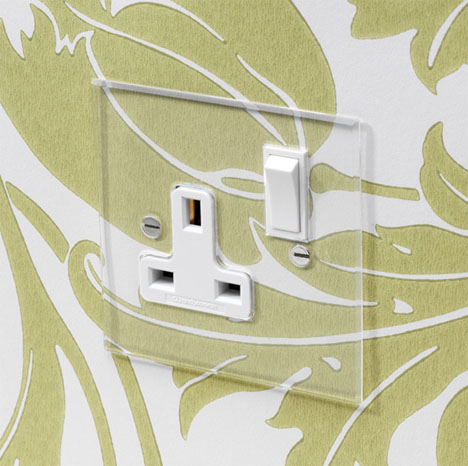 And for those do-it-yourself drywalling types: you still do not have to be particularly careful when you cut the hole in which to slot the switch plates – like the normal variety, there is room for errors that will later be covered up by whatever you use to decorate around the light (which will sit on the secondary plate behind the clear surface).