Postmodernism is one of those architectural genres that’s part reaction, part innovation, and it’s as divisive as it is popular. But like all other fashions, postmodernism is coming back around, and many young designers, artists, and illustrators are now looking back to iconic collectives like the Memphis Group, whose bright colors and playful patterns pushed against the sterile rigidity of modernism, for inspiration. 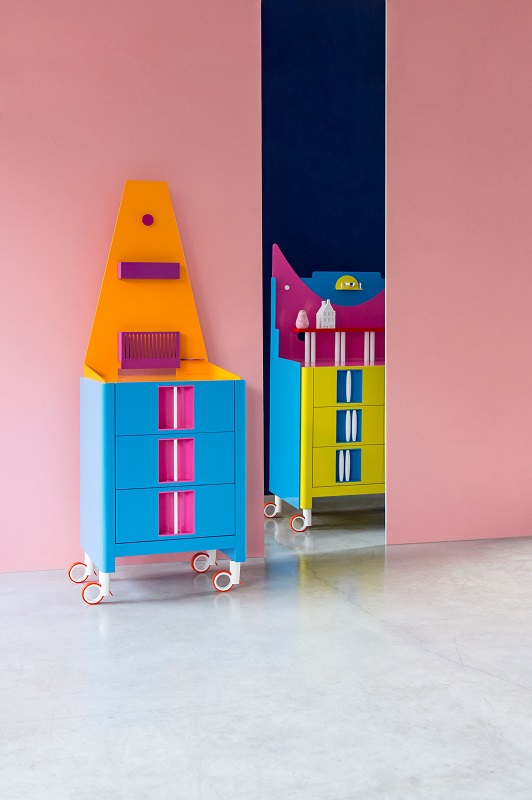 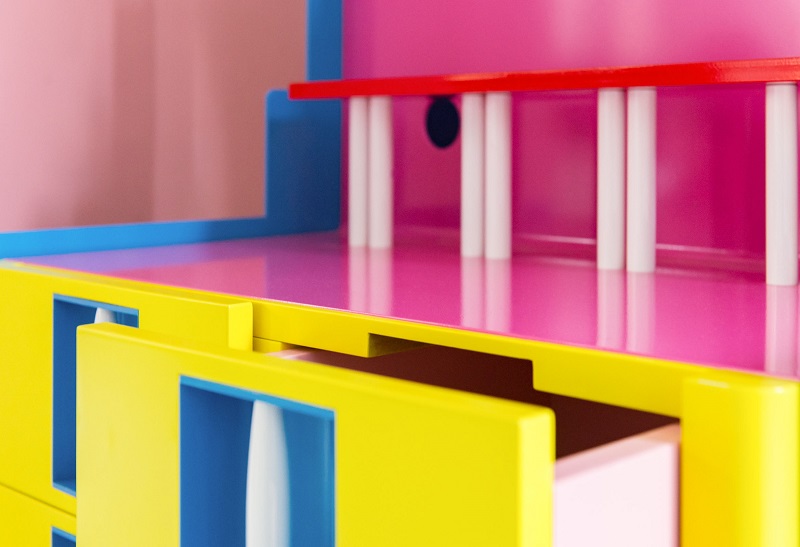 Contemporary figures like Leonie Bos and Adam Nathaniel Furman are reviving postmodern tropes in their work and reinventing them for the 21st century, in which design has become a permanent fixture in people’s lives thanks to social media and the internet. Furman recently co-authored a book (entitled Revisiting Postmodernism) with one of the great protagonists of the genre, Sir Terry Farrell, on the value and legacy of postmodernism in the modern era, so suffice it to say that he’s something of an expert in the field. Of course, he doesn’t just write about postmodernism —he also creates furniture, installations, and ceramics that are wilder, wackier, and every bit as wonderful as their sources of inspiration. 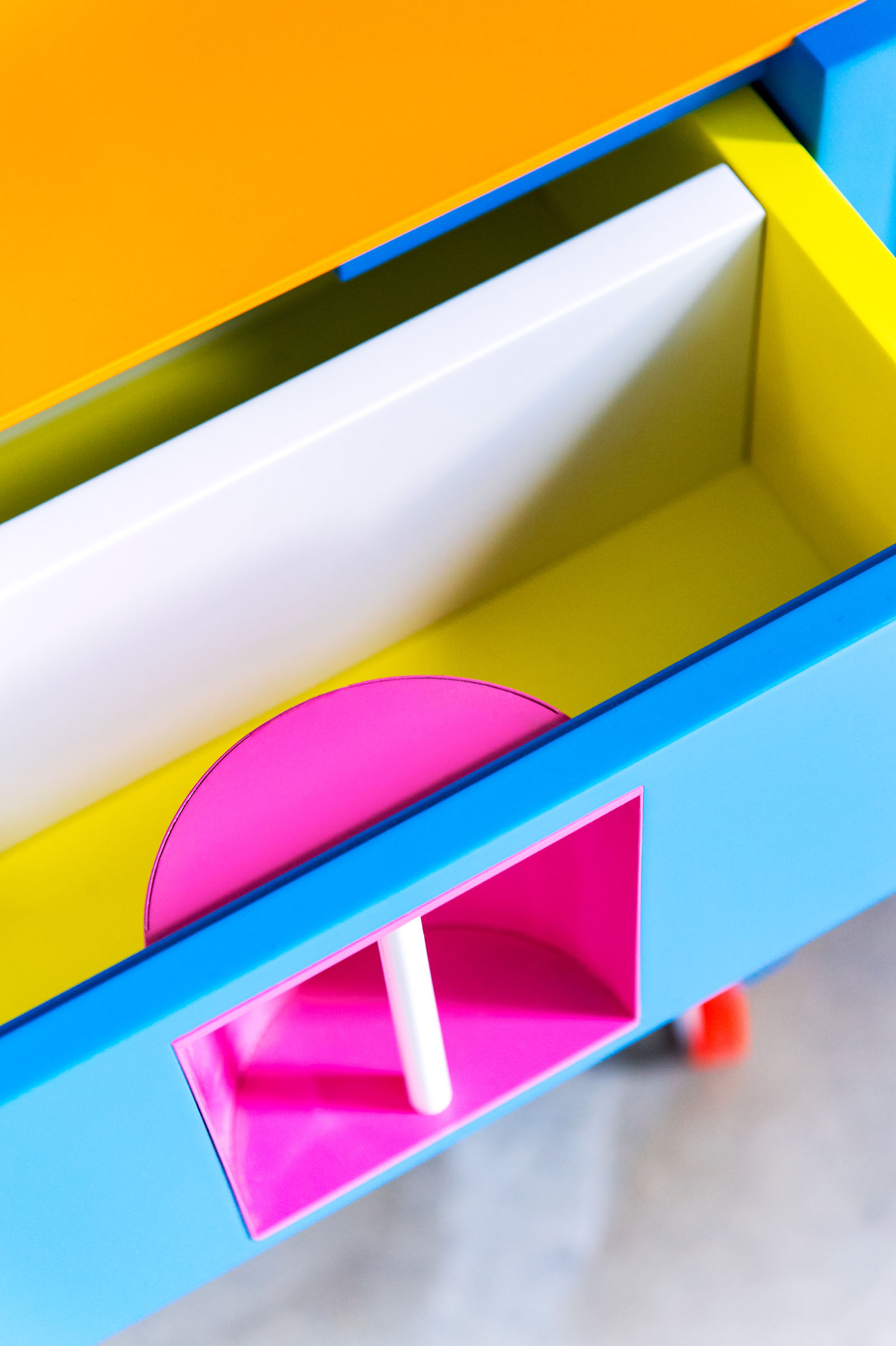 Furman’s latest foray into the world of postmodernism takes the form of a frivolous cabinet set he calls “the Nakano Twins.” Inspired by the anime toy shops in Tokyo’s Nakano Broadway shopping mall (which itself dates back to the 1960s), these cabinets are a tribute to bright colors and overall wackiness. They’re made from powder-coated steel, sprayed MDF, and tulipwood, all of which have been painted with screaming colors that are truly evocative of the postmodern era. Both cabinets employ a bold use of geometric forms, and both are set onto casters so they can be moved around as desired. 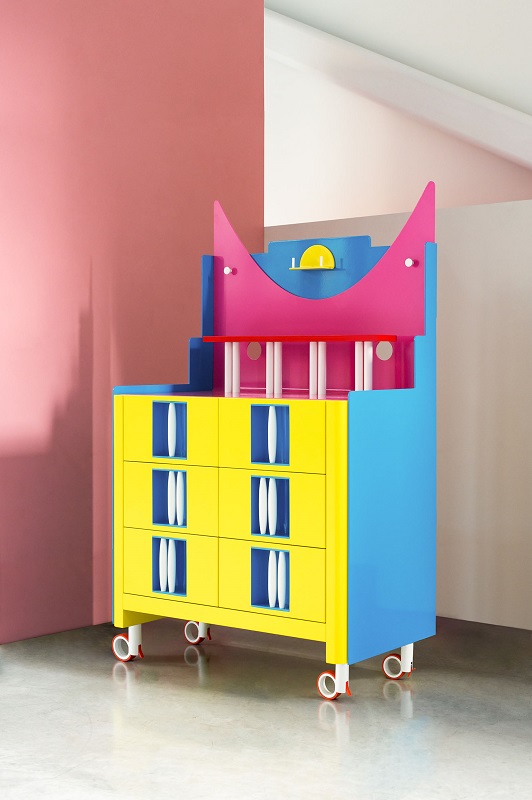 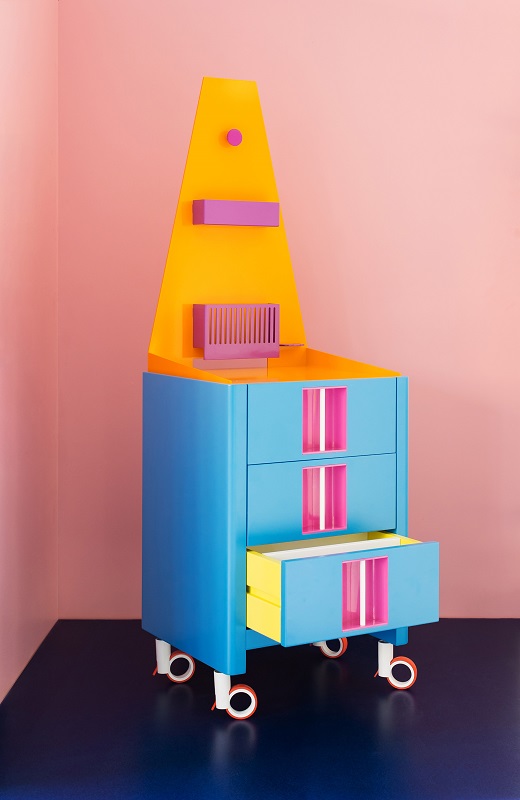 The designer conceived of the pair as individual cartoon characters that would have their own personalities yet complement each other perfectly. The smaller twin is topped with a high pyramid and has three drawers in its body. Its color scheme is one of contrasting blue, orange, and pink, while the other twin uses a mix of blue, yellow, and pink. The second unit is slightly more elaborate in its form, boasting six drawers in its body and a top shelf that sits under a scalloped backboard to juxtapose the angular top of its partner unit. 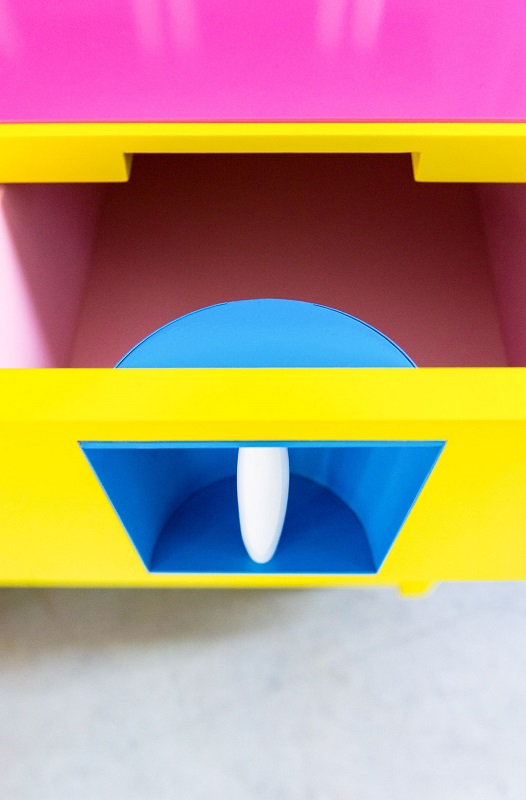 Continue reading below
Our Featured Videos
Furman, who is based in London, says of the cabinets: “The Nakano Twins are a pair of furniture units designed to be as full of personality as cartoon characters — voluble, talkative little members of the household that bring as much animation to the spaces they are in as a happy pet or a boisterous toddler. The twins are dressed-up in their favorite costumes and are naughtily hybrid in their use, following their owners around their office or apartment on their little orange wheels, offering to be drinks stands, bedside tables, office storage, or just a handy colorful, loyal domestic companion.” Furman’s design philosophy is to “bring equal parts pleasure, color, and joy, as well as critical consideration, reflection, and depth to everything [he is] lucky enough to be involved in.”