It’s easy to lose track of the history behind old buildings when they aren’t considered culturally significant. Over the decades, inhabitants come and go, and the most recent ones may never learn that their home was once a butcher shop, boarding house, school, or another unexpected establishment. Sometimes, however, the threads of these memories are passed down from generation to generation, allowing the newest owners to pay tribute to the structure’s origins. Such is the case with this beautiful brick red home in Portugal, which was formerly a winery. 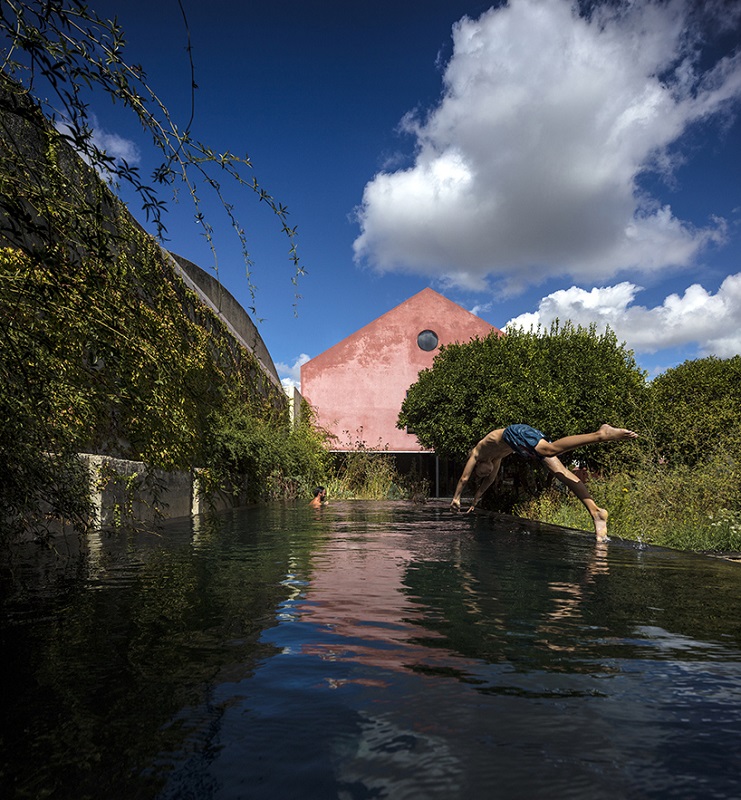 In the early 20th century, when “Red House” was first built, the tiny village of Vendas de Azeitão must have looked very different than it does today. The region is known for its cheese, traditional ceramic tiles, wineries, and rolling green hills. Over a hundred years later, it has retained a lot of its charm and architectural vernacular, but of course, new constructions have sprung up all over, crowding in buildings like this one. 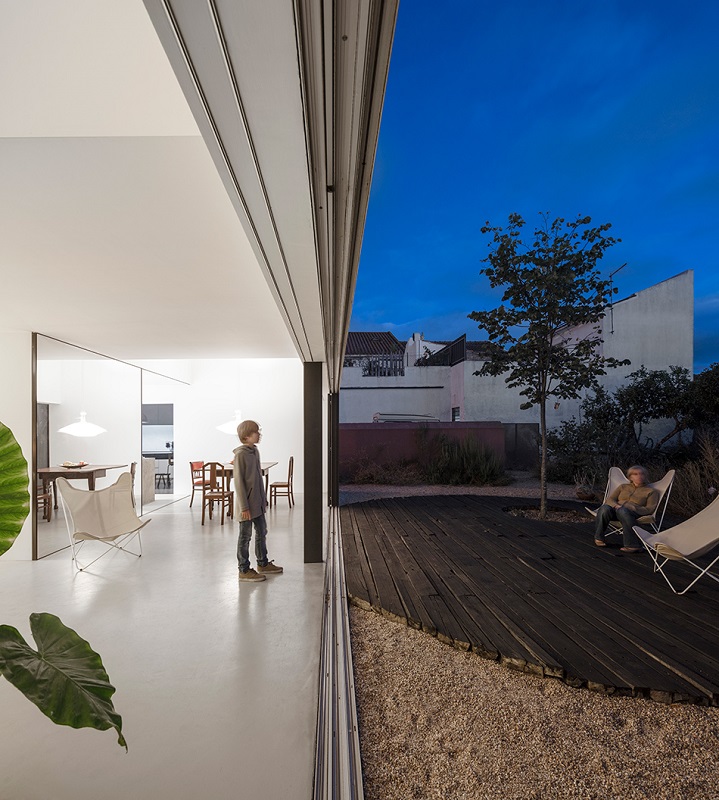 Its neighbors may now be homes, parking lots, and alleyways instead of lush fields full of grapevines, but Red House perseveres. Tasked with its renovation by the builders’ grandchildren, architecture firm Extrastudio aimed to make the winery “an oasis in the middle of the village,” preserving its small orchard of orange trees and cutting a wide window into the bottom floor. This new aperture connects the heart of the home to the garden without significantly disturbing the exterior. 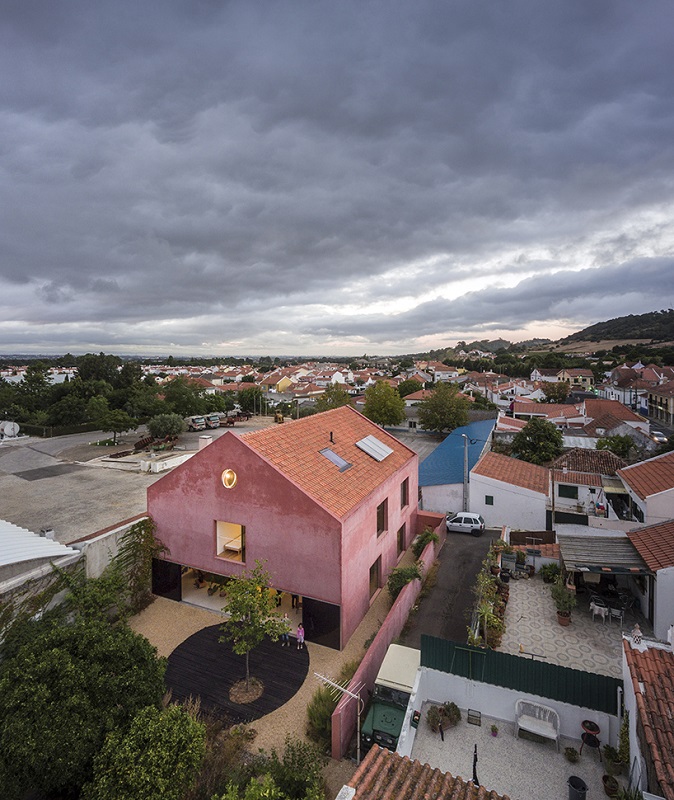 The architects went out of their way to source a new type of lime mortar that was compatible with the building’s original exterior finish so they could repair it without altering it too much. They added a natural red pigment to the structure that complements the area’s traditional tiled roofs and pairs beautifully with the blue-gray of the sky, shifting hues from pink to crimson depending on the humidity. 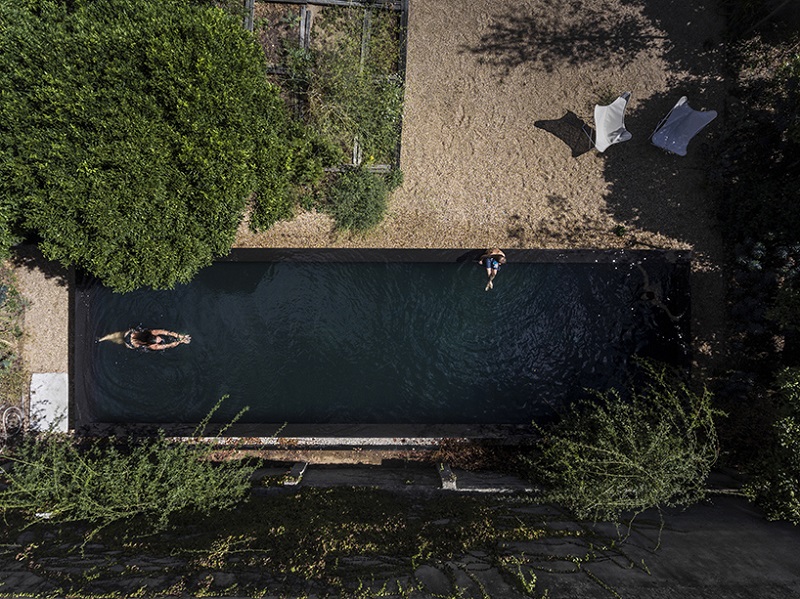 No longer suitable for its original purpose, the building’s old timber roof was moved out into the garden and turned into a deck. Crumbled stone walls that couldn’t be salvaged became gravel. A large tank with a black interior offers a cool respite from the hot summer sun, and in the colder months, it acts as a tranquil reflecting pool, recalling the look of the massive stock tanks used for irrigation and livestock. 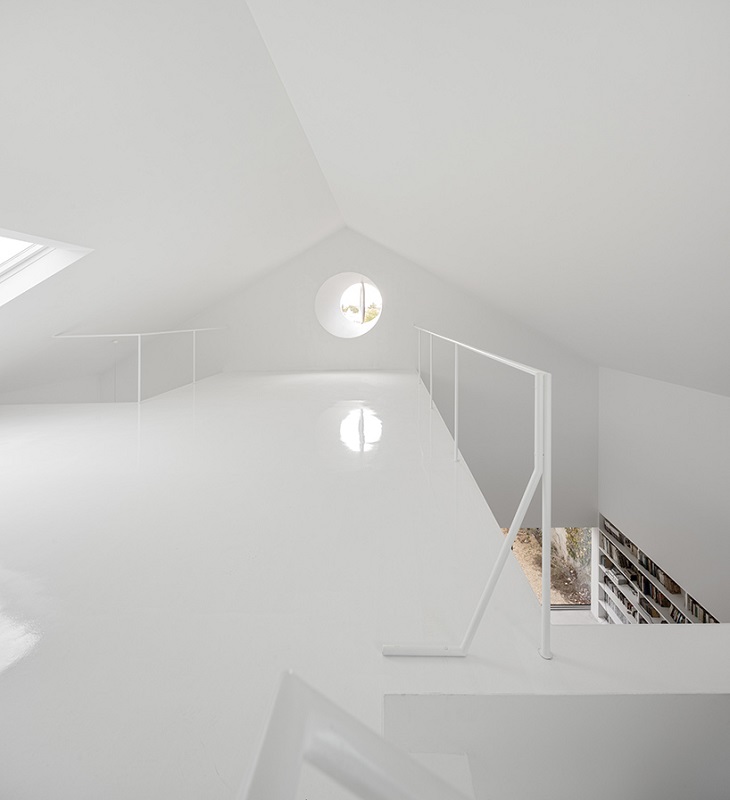 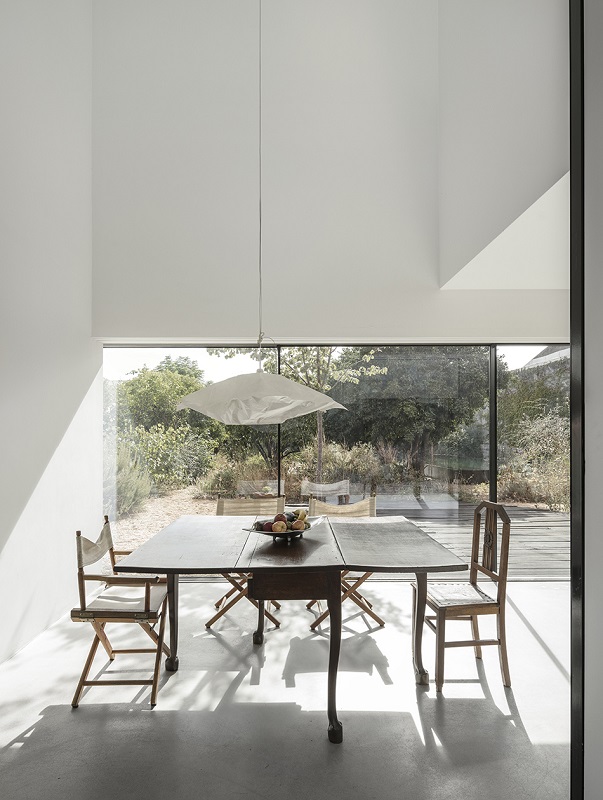 Inside, floor-to-ceiling mirrors cover many of the walls, visually doubling the space and helping transmit light to what was once a series of smaller, darker rooms. A porthole-style window, a scattering of skylights, and a new walled-in courtyard that runs along the side of the home bring in even more light, which is magnified by the glossy white surfaces inside. The first floor contains common areas, and half of it stretches straight up to the roof for a cathedral-like effect. The lofted second floor offers a wide expanse of open space for sleeping, working, and daydreaming. 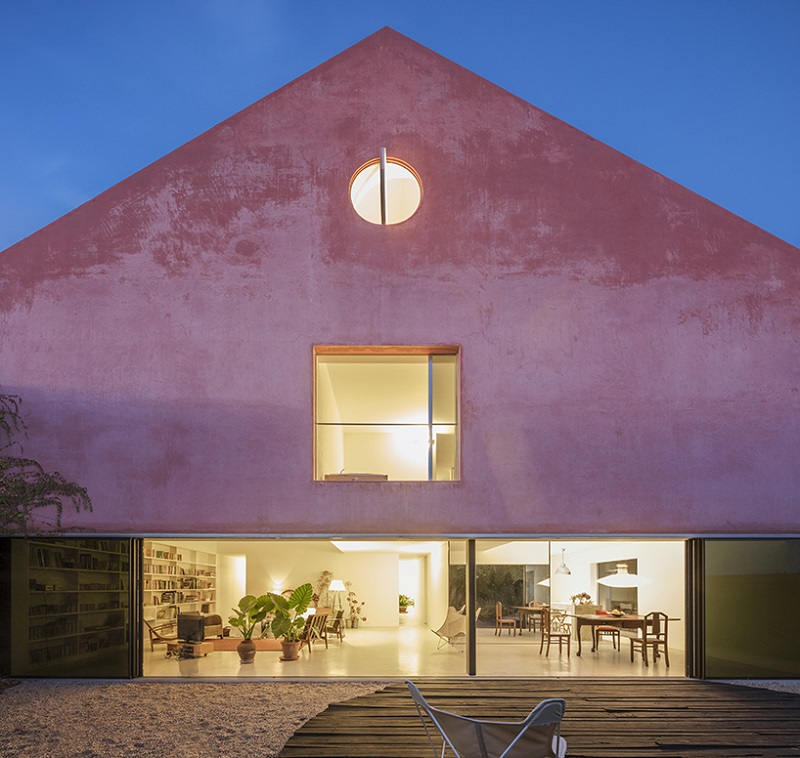 This merging of past and present manages to honor history without sacrificing modern style and comfort, giving it a timeless feel that should help it survive well into the future.