The Tesla Cybertruck won’t hit the market until 2022, and when it does, it’ll cost at least $39,900. But if you’re in a huge hurry to cruise around in one of the weirdest looking vehicles to be released by a major carmaker in decades, you could follow CJ Cromwell’s example and make your own. Sort of. The “Plybertruck” is exactly what it sounds like: a hazy replica of the Cybertruck with paneling made of plywood instead of stainless steel. That’s about where the similarities between the two vehicles end. Underneath its modified exterior, this ridiculous DIY project is really a first-generation Acura MDX. 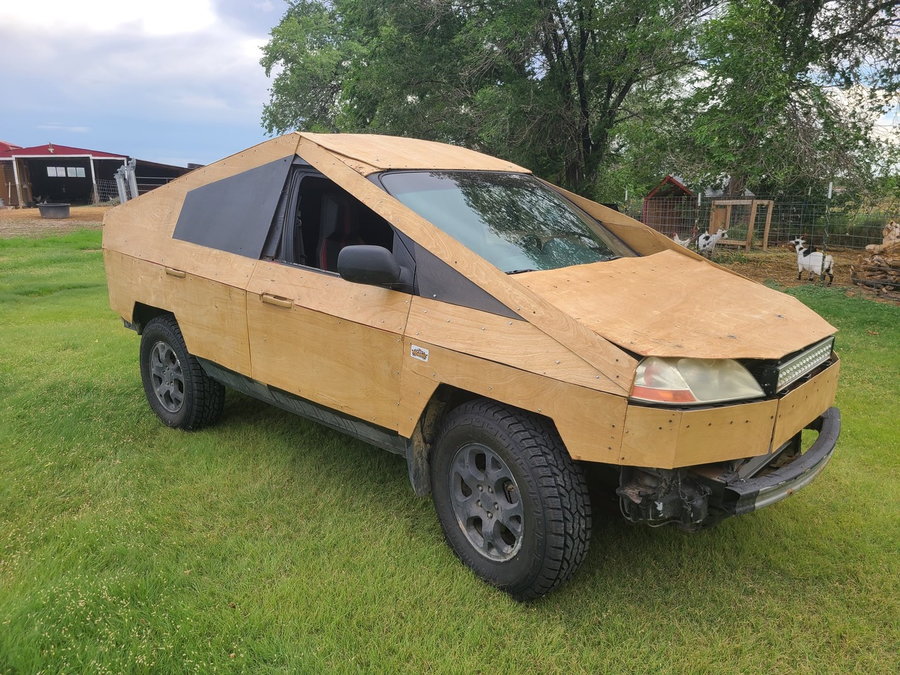 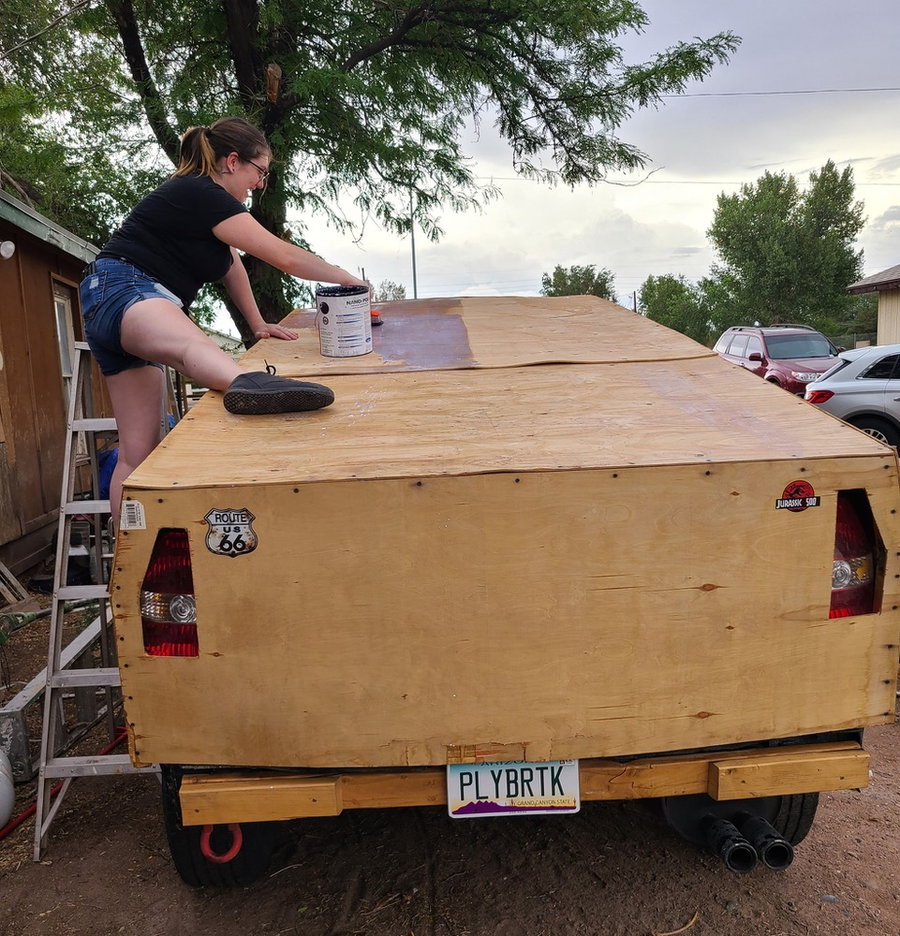 Opinions are mixed on whether the real Cybertruck is a massive step forward in vehicle aesthetics or more akin to the vaguely car-shaped drawing your five-year-old might bring home from school. But one would imagine that when the Cybertruck is spotted on the road, it’ll look a little more pulled together than its hillbilly cousin. The Plybertruck is crudely assembled, its body covered in visible nails. But that’s all part of the fun. 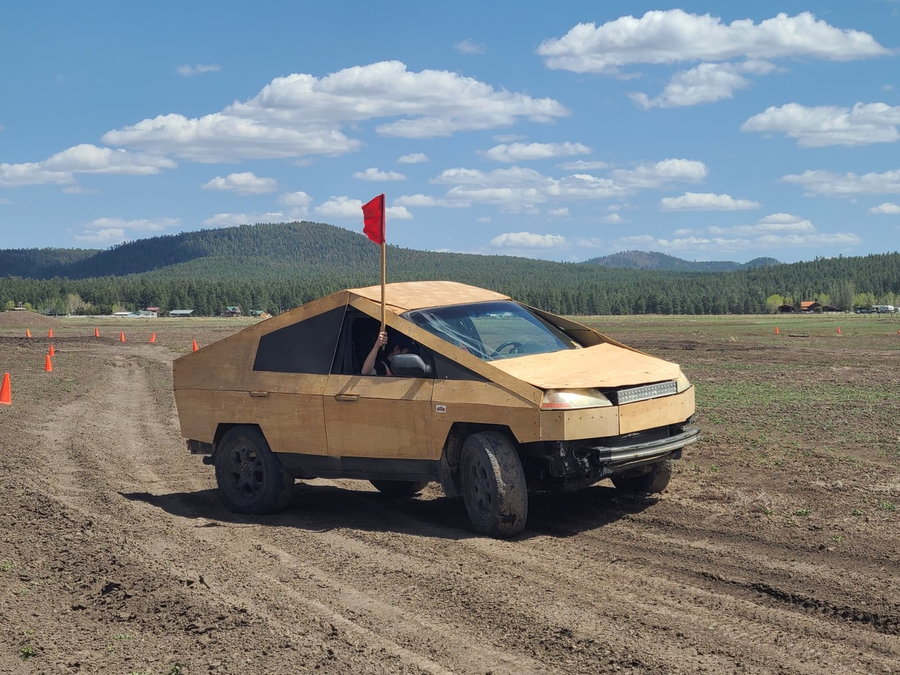 Cromwell designed the car explicitly for the Gambler 500, a mostly off-road rally in which “cheap, impractical, and fun vehicles” roam through the countryside to pick up trash and remove abandoned vehicles and boats. Participants are supposed to spend no more than $500 on the vehicle they enter in the 500-mile rally, which began as a challenge to see how far cars that cheap could go. The first year had 14 participants, but since then, the event has spread all across the country, with thousands of attendees taking part. In 2018, enough “trail trash” was collected to fill three 40-foot containers. 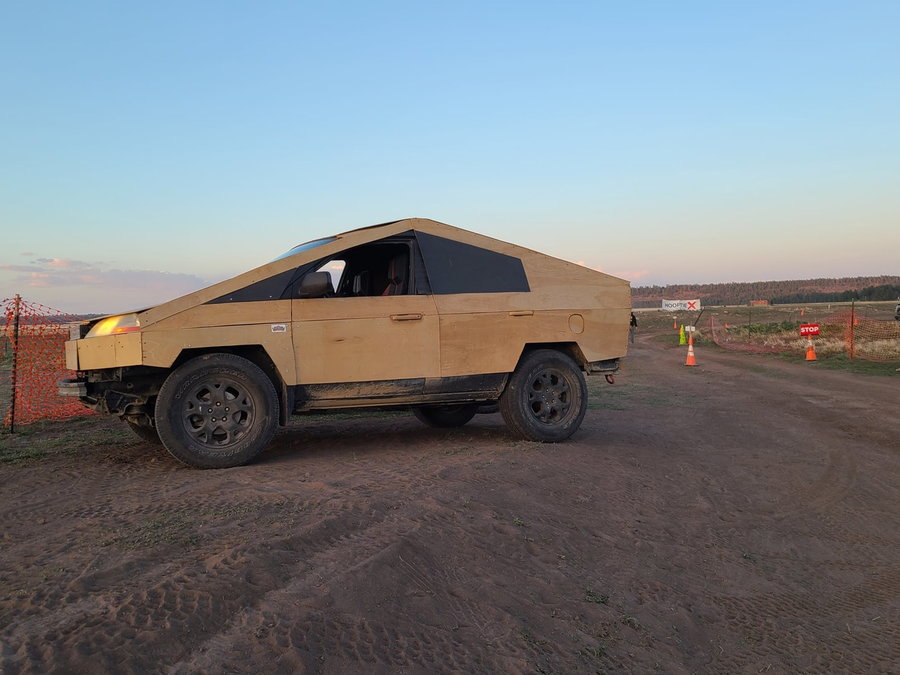 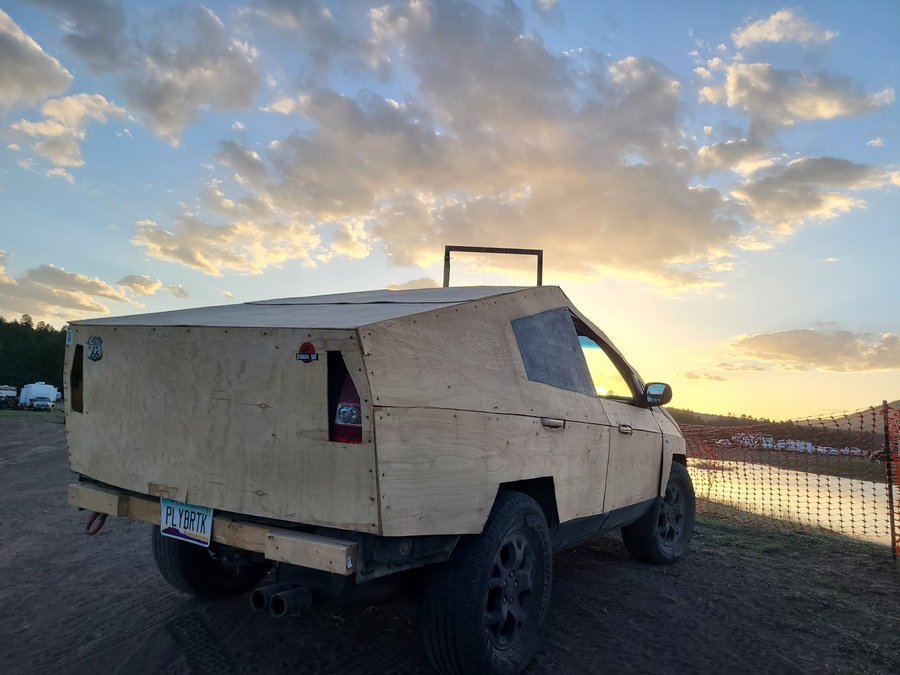 The rally’s official website explains that “Gambler 500 started in Oregon 2014 by Tate Morgan and the OG Gamblers, a small group embracing cheap fun in all forms. Now dubbed ‘Gamblertown’ the original event in Oregon is the global meetup for what Gambler has evolved into as a brand encouraging people across the world to go have adventures using Gambler 500 as a call sign. We allow people to use the term ‘Gambler’ as long as it’s free and participants embrace the ideals of stewardship while having cheap fun in the outdoors.” 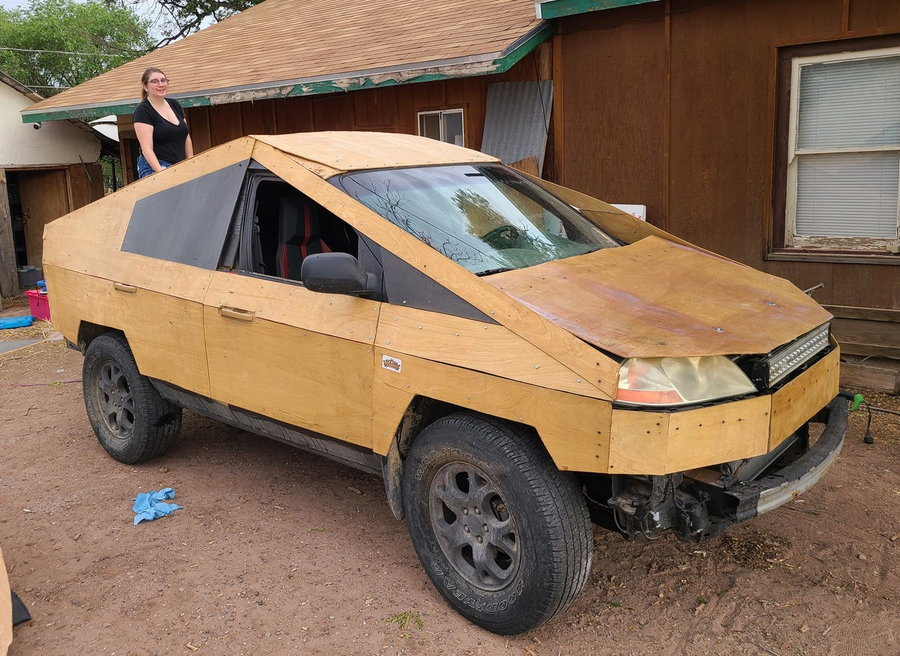 Unsurprisingly, the Plybertruck has gotten a lot of attention both on the road and on the internet, and now it even has its own Facebook page. The car underwent some upgrades this summer after the last Gambler event, including a new windshield, battery, and exhaust system, and it’ll hopefully be rejoining the fun when the next Gambler 500 happens in Oregon next June. 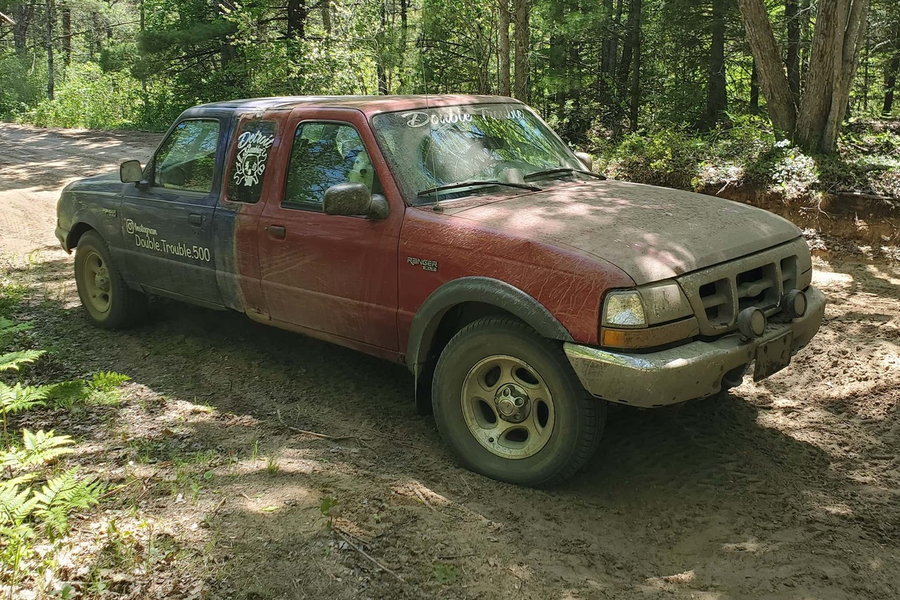 The Plybertruck certainly isn’t the first participant in the Gambler 500 to turn heads with its unusual looks, and it won’t be the last. Another notable entry this year was the “Double Trouble” Ford Ranger pickup by Gage Van, which is made of one red pickup and one purple, joined together cab-to-cab. In an interview with The Drive, Van explained that the project took just three days to complete. The newer red cab is the front, which powers the Frankentruck with a 4.0-liter V6 engine. It’s often accompanied on the road by an equally wild Chevy Suburban-based boat car.