Typically, you’d find a playhouse in a child’s bedroom or out in the yard, but that wasn’t good enough for these imaginative parents, who went so far as to commission architects to make their children’s dreams come true. Instead of homes, they asked for oversized playhouses, complete with slides, towers, nets, and ball pits! 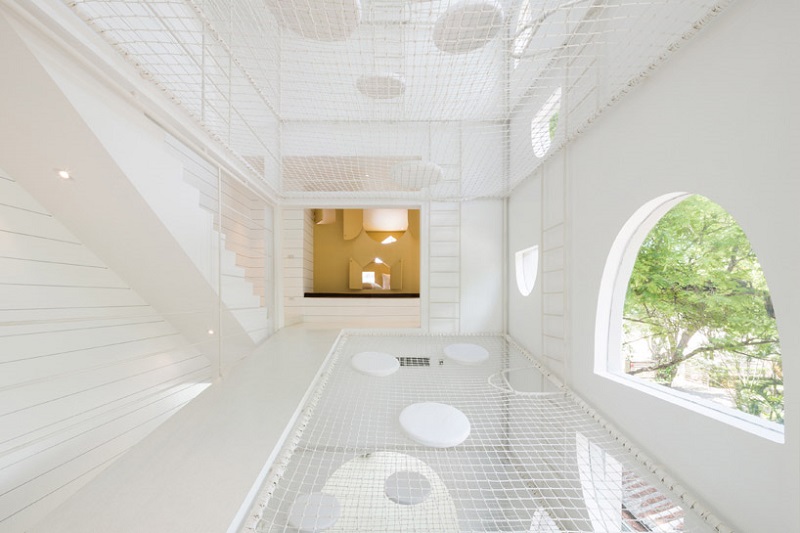 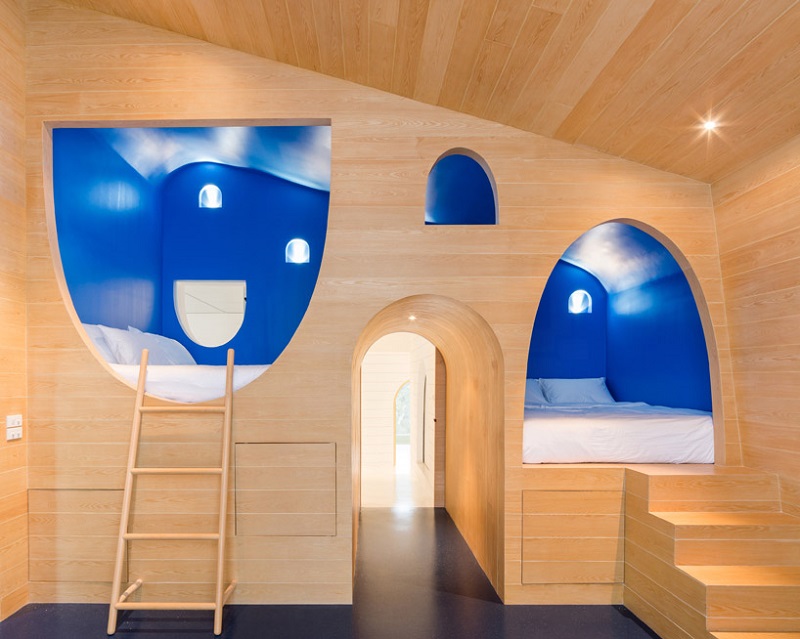 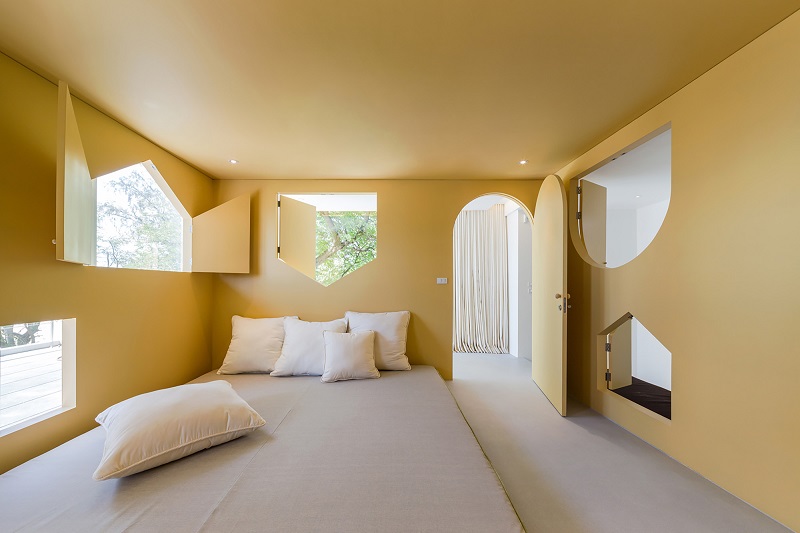 Continue reading below
Our Featured Videos
A couple with four sons built a vacation home on Thailand’s Cha Am Beach, and it’s basically one big indoor playground. Functionality and easy circulation are the top priorities for most construction projects, but in this case, the architects had to consider fun over everything else. The family wanted space for running, climbing, hanging, hiding, and falling down. When faced with this task, Onion Architects found inspiration in an unlikely place: Jerry, from Tom & Jerry.
The architects seemed particularly drawn to the idea of creating a wacky, maze-like building that one might expect to find in a show like Tom and Jerry. For this reason, Onion focused on linking the home’s rooms together and creating a cartoonish “Mobius Strip” loop. One piece on the Jerry House explains: “Central to Onion’s concern is the linkage of passageways. Onion adds an extra set of vertical circulations at the central hallway to the existing staircases and ramps. This space is now called the ‘main living hall.’ Onion uses the customized nets to build five layers of horizontal planes of different slopes, heights, and sizes.”
The home’s “passageways” are tougher to navigate than you’d expect. Each one of the house’s customized nets has a hole in it that allows people to drop down a level, and each level leads to different rooms. Even the adult bedrooms have hidden passages and cut-out doors that lead to play areas. Luckily, Onion had the foresight to install some convenient metal ladders in the home that lead from the ground level back up to the top. 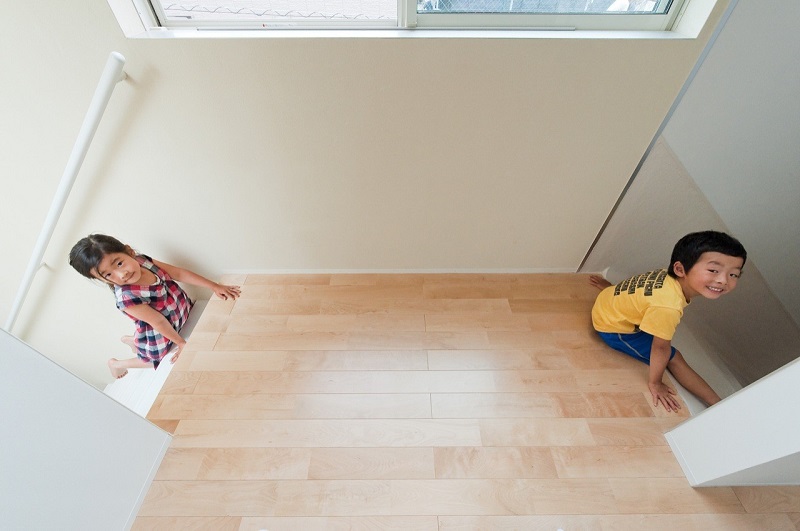 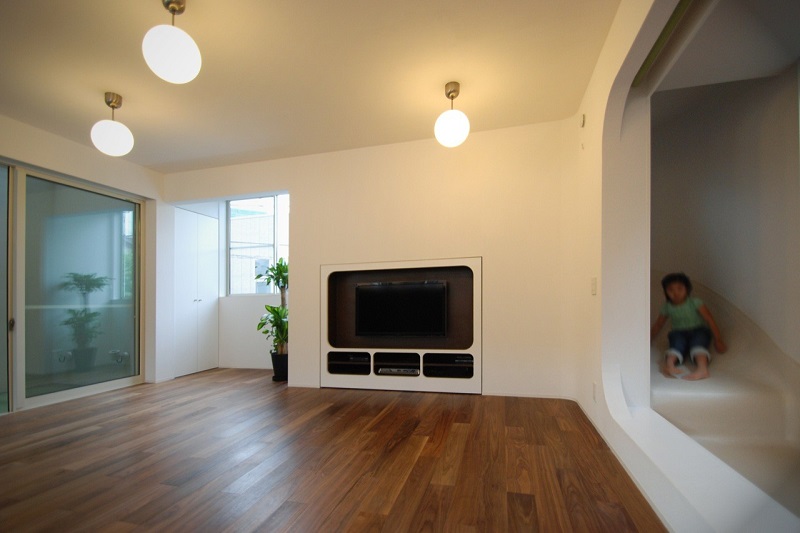 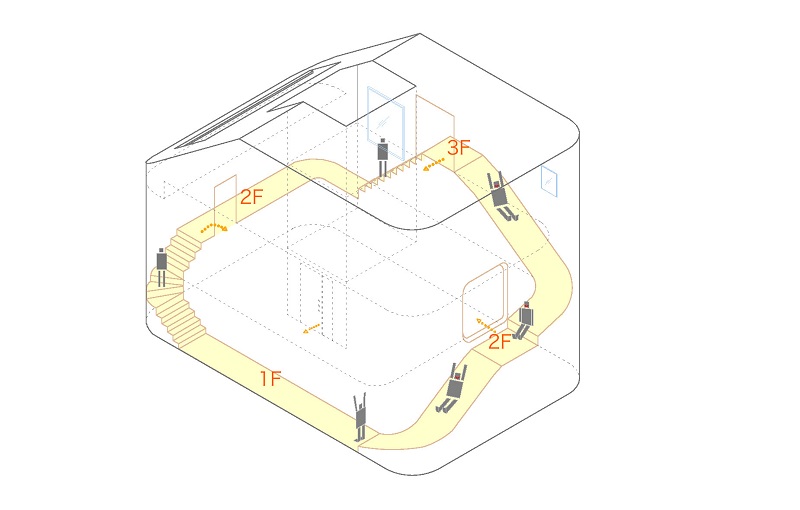 The “Möbius Strip” theme seems to be pretty popular with the kids, considering that that the architects at LEVEL also incorporated it into their version of an oversized playhouse. When you think about it, it makes total sense. Children will easily be able to run and play on a circular path over and over again. Eventually, they’ll get tired, and that’s good news for parents!
As its name suggests, this “Slide House” features an enormous slide that runs through the structure like a series of staircases. The result is an extremely open, continuous play space. “Imagine you were a kid living in a house like this,” says LEVEL. “Everyday would be a party, don’t you think? What do you do when your clients, a couple with three children, ask for a house so special that the children will cherish the memory of it for the rest of their lives? You design a house with the most playful element imaginable, a slide that spans three floors.” 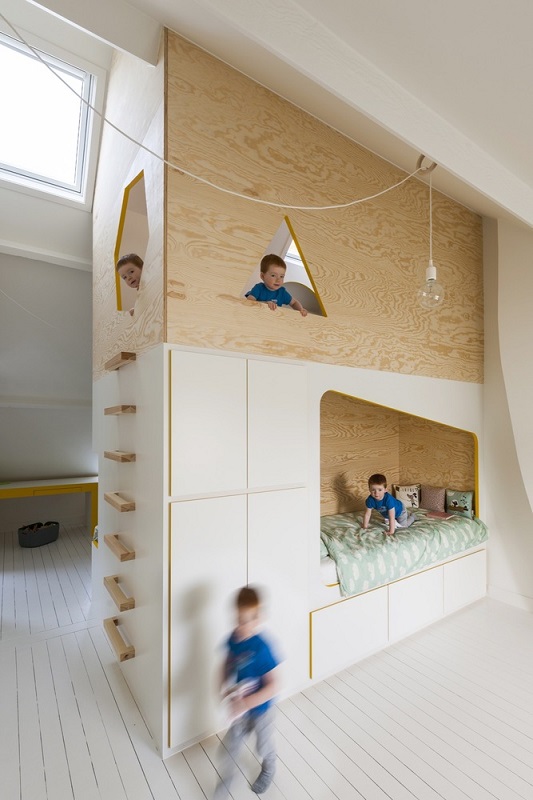 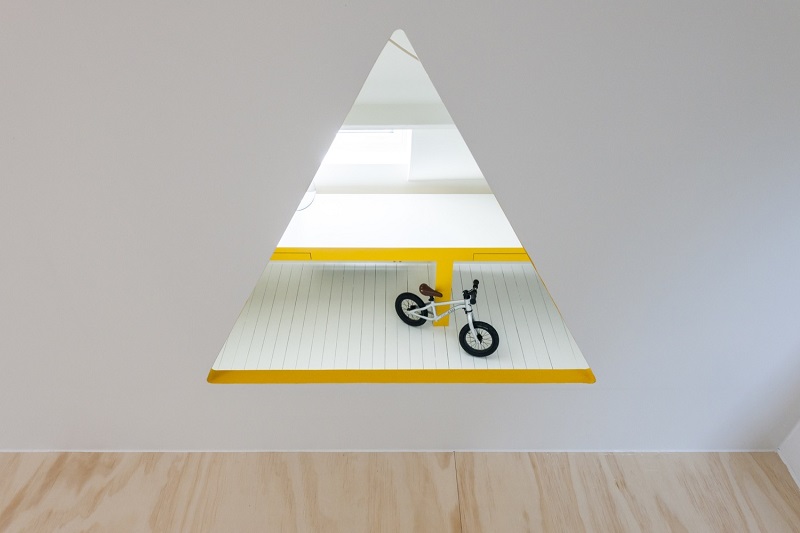 The owners of an odd-shaped mansion in Belgium asked Van Staeyen Interior Architects to design a modern space that would function as both a bedroom and a play area for their two children. Ultimately, the architects built a minimalist house-within-a-house right in the middle of the mansion to take advantage of the high peaked ceiling. Bunk beds have been built into the walls of the bedroom so that both children can have a private place to sleep. The beds are almost as exciting as the mini home’s upper-level play area, which the kids can access by ladder and look down into lower floors from. When construction on this project came to an end, the architects got a big smile and the kids’ seal of approval. “The top floor can be a playing room while the kids are still young and a multimedia place when they turn teenager,” they say. “Each bunk bed gives to their own desk and side of the room. With different lighting and color accents, the two kids can create their own atmosphere.”