Already controversial for its absurdist design in the middle of a billionaires’ playground, the Vessel at New York City’s Hudson Yards is now a tragic example of what can happen when architects put design before public safety. In January 2021, the 150-foot-tall interactive sculptural installation featuring 154 interconnected open-air staircases closed for several months following three suicides. When it reopened in July, new safety measures like onsite security staff, a buddy system, and signs about mental health resources were supposed to prevent further fatalities. But they weren’t enough. On July 30th, a 14-year-old boy became the fourth person to die as his horrified family watched. 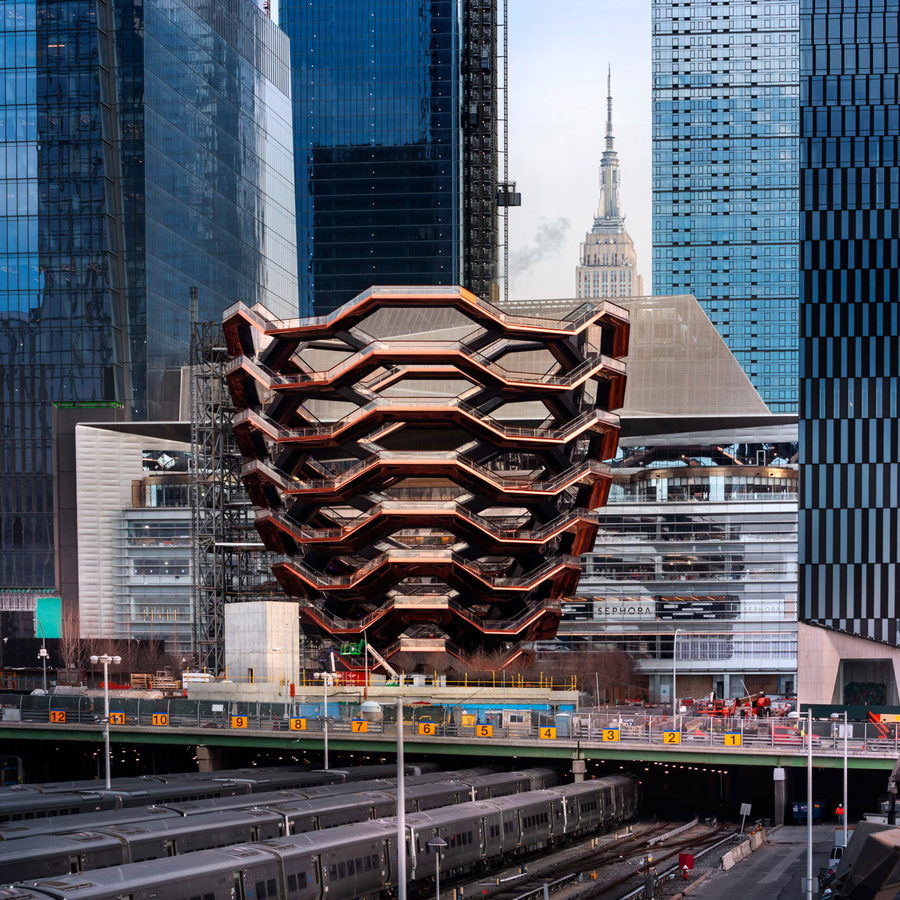 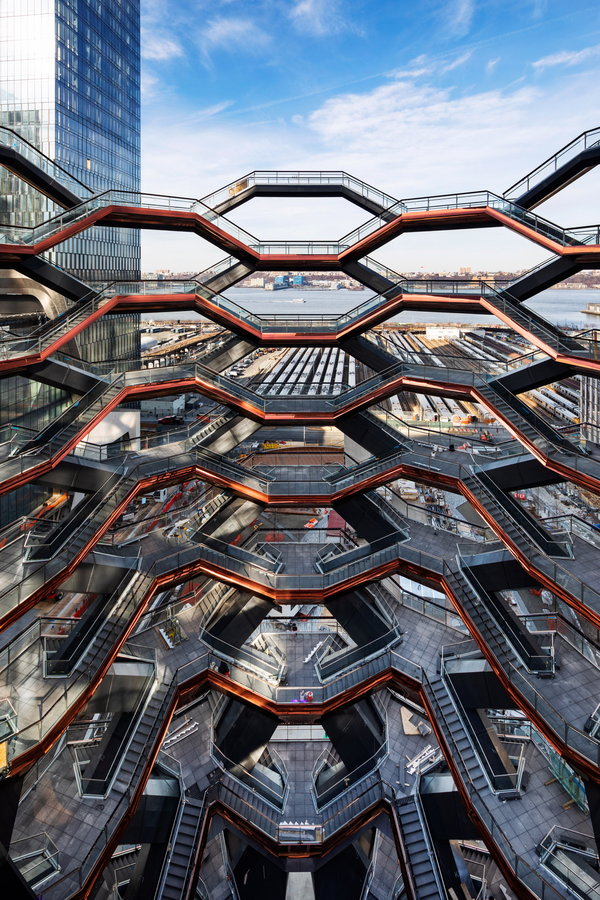 Unfortunately, additional deaths were a predictable result of the reopening. As journalists noted well before the tourist attraction first opened to the public in March 2019, the Vessel’s glass railings are only waist-high on the average person. And when you make it easy for someone to jump to their death, especially in spectacular fashion in front of a crowd, you’re going to draw in desperate people who might otherwise recover and find reasons to go on. That’s also true for other common sites of suicide, like the Golden Gate Bridge in San Francisco, which is currently undergoing a renovation to install new guards. 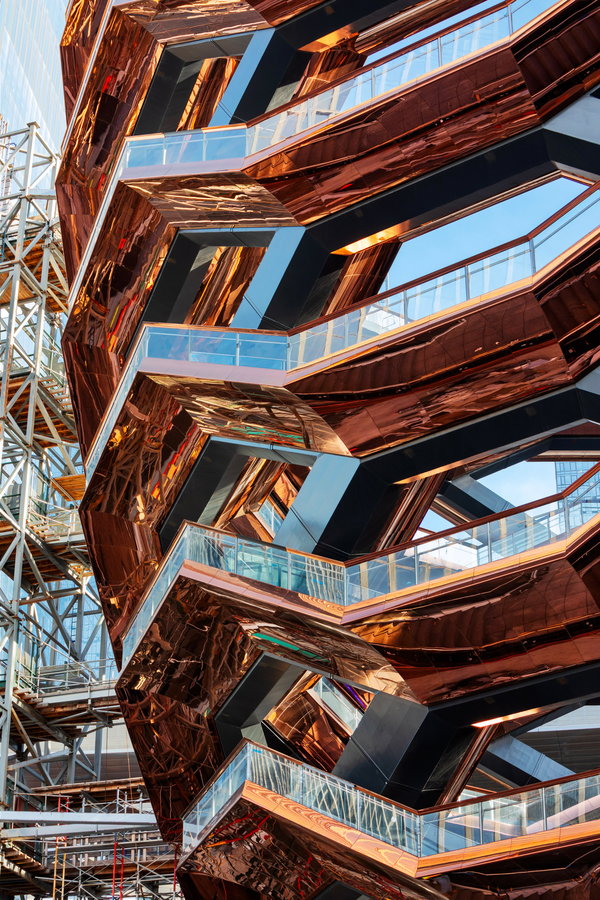 This last suicide, at the very least, could have been prevented. Earlier this year, calls to raise the height of the Vessel’s glass railings were declined by Stephen Ross, the billionaire chairman of developer Related Companies. Designed by architect Thomas Heatherwick and personally commissioned and approved by Ross, the attraction was supposed to be a gargantuan piece of public furniture inviting people to climb and lean over in every direction, taking in the views of the city around it as well as the sculpture itself. The implication by Ross at the time (and, by extension, everyone else involved in the project) was that the dubious beauty of the object had to be preserved at all costs.

It’s not that alteration is impossible. After this most recent incident, Heatherwick’s firm told Architectural Digest that they’d “exhaustively explored physical solutions that would increase safety,” all of which require “rigorous” testing, “and while we have not identified one yet, we continue to work to identify a solution that is feasible in terms of engineering and installation.” There are precedents that prove this endeavor worthwhile, like the open-air crosswalks inside New York University’s Philip Johnson-designed Bobst Library. In that case, plexiglass barricades were installed after a string of suicides, but failed to fully prevent them. Today, a new decorative “veil” of perforated metal sheets adds a much stronger safety barrier and gives the structure a facelift at the same time. 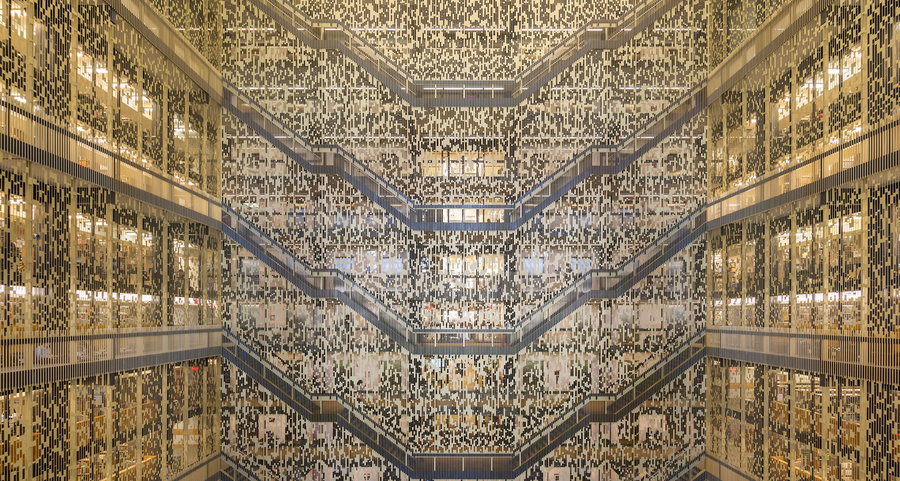 Curbed’s Audrey Wachs brings up what might be the most important question of all, a question that should play heavily into decisions about whether the Vessel should be altered or even demolished. Who is it for, really? When the design was unveiled, Heatherwick and the developers waxed poetic about creating “something that everybody could use, touch, relate to.” But the structure is fundamentally not for everybody. It’s not accessible to anyone who can’t physically climb it, and though disability activists prompted Related Companies to broaden elevator access, the stairs on every level prevent people with mobility issues from doing anything other than standing momentarily at an overlook.

Then there’s the sense of unease that many onlookers have had about the project since its inception. Some people couldn’t quite put their finger on what made the Vessel vaguely ominous, other than the sort of sci-fi nature of its design. Others are explicit: the Vessel is a grotesque monument to late-stage capitalism, which is currently launching our entire planet into a climate change and pollution-induced death spiral. Surrounded on all sides by billion-dollar penthouses, luxury shopping centers, and corporate headquarters, the Vessel gives its more introspective visitors a depressing up-close view of the economic inequality and cancerous commercialism contributing to our collective mental health crises.

“The Vessel is like some MC Escher nightmare,” says lecturer Jacob Alspector of the Spitzer School of Architecture at The City College of New York. “It’s kind of relentless. It’s very gaudy, it’s very cold. It’s thrilling… it’s not the most friendly and life-affirming and inclusive kind of space or structure. It’s kind of empty. What’s the point of it? Just to walk up and walk down? People who feel alienated with the world may not be supported very well by an experience like that.”

For now, at least, the Vessel is closed to the public again while the developers decide how to proceed.