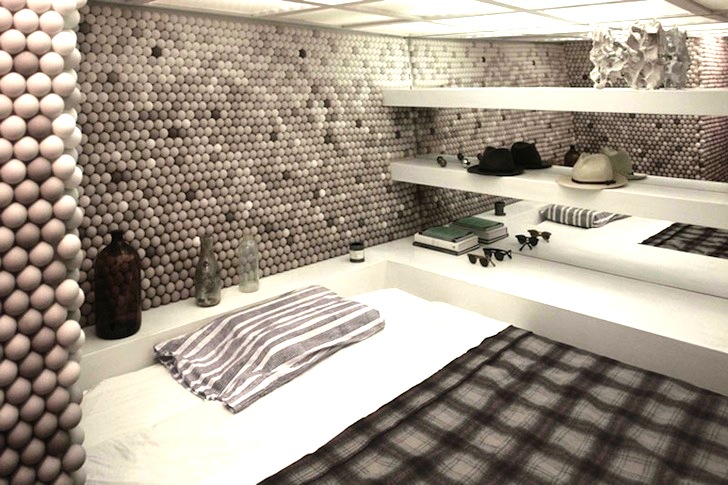 A little space, a lot of time and a dash of creative inspiration came together to form this crazy decorative scheme inside of a modest compact condo (less than $100 per square foot) in Brooklyn, New York. The space was created by artist Daniel Arsham. 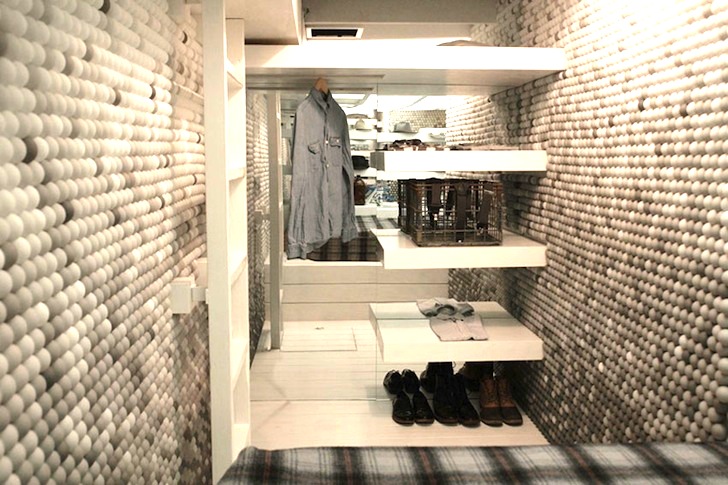 This loft is situated above (and occupied by an employee of) the NYC firm Snarkitecture – the name really does say it all. Blacks, whites and grays show the potential of gradients and light in a cramped urban dwelling. 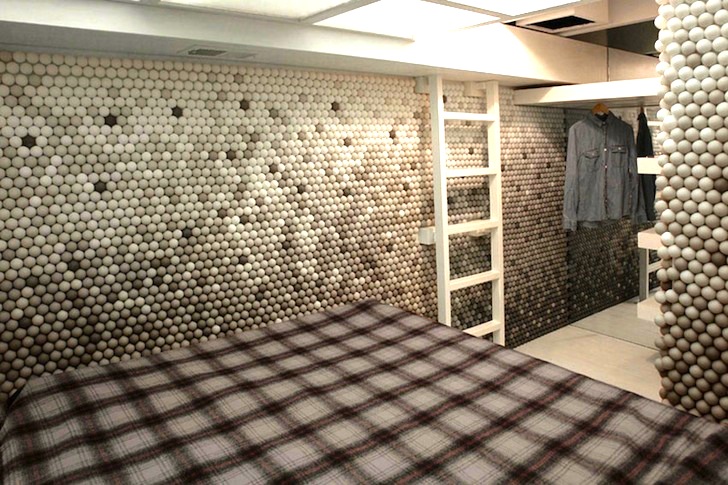 Shelves, ladders and a latticework grid of overhead lights form a series of rectilinear patterns that offset the round ping-pong-ball wall coverings. Floating white shelves, strategic mirrors and other visual elements raw eye across and through the small space to make it feel more open. 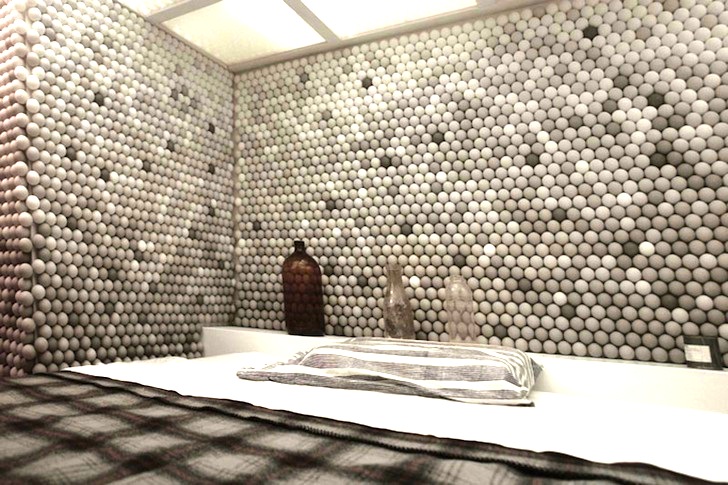 The catch? Of course there always is one: ping pong balls are made of flammable material – easy to ignite and hard to put back out. Hopefully these are coated with something relatively fireproof, but even still, they could turn a decor idea into a death trap if not treated carefully.

“When we got this building two years ago, it was a factory, and the first project was to turn it into a studio. A year later I gave up my apartment in Boerum Hill [Brooklyn] because I was traveling so much, mostly to work on set design for Merce Cunningham in Paris, and I ended up crashing here a lot. Finally I decided we would build this room in the studio’s storage loft, modeling it after my bedroom in Hudson‚ New York, which is in the bell tower of a church. It’s small, but I’ve never had that much stuff, though I did give up all my furniture.”

“Some people have told me it looks like I’m inside my work when I’m up here. The walls are covered with 25,000 handpainted Ping-Pong balls, which took two weeks to glue on; they make it harder to read the surface of the wall, which helps the space look larger. The mirrors on either end add depth, and I tried to simulate daylight with fluorescent lights diffused through glass.”

“The only part I have left to finish is the skylight. One thing I would add to the space is a water source, because climbing up here with a glass is kind of impossible. I also have to remember to use the bathroom before I go to bed at night. But I’ve never had a close call on the ladder—the ladder in Hudson is five times as tall as this one, so I’m used to it. I’m not afraid of heights. I climbed a lot of trees when I was a child.”