Los Angeles filmmaker and photographer Alex Hyner has found a way to layer all his favorite sky views into a single stained glass-like image. The result is a stunning multi-planed skyscape in pastel glory. 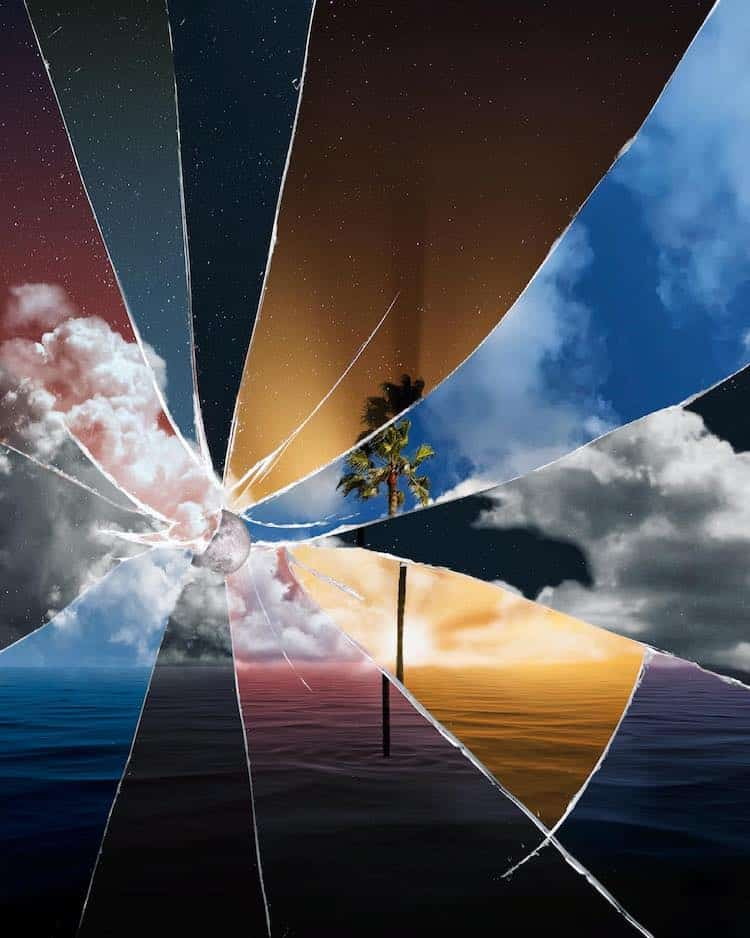 Starting with an idea to produce images that made the sky look “broken,” the artist discovered that something which is normally considered an eyesore became the perfect grid for the project: utility wires and poles. 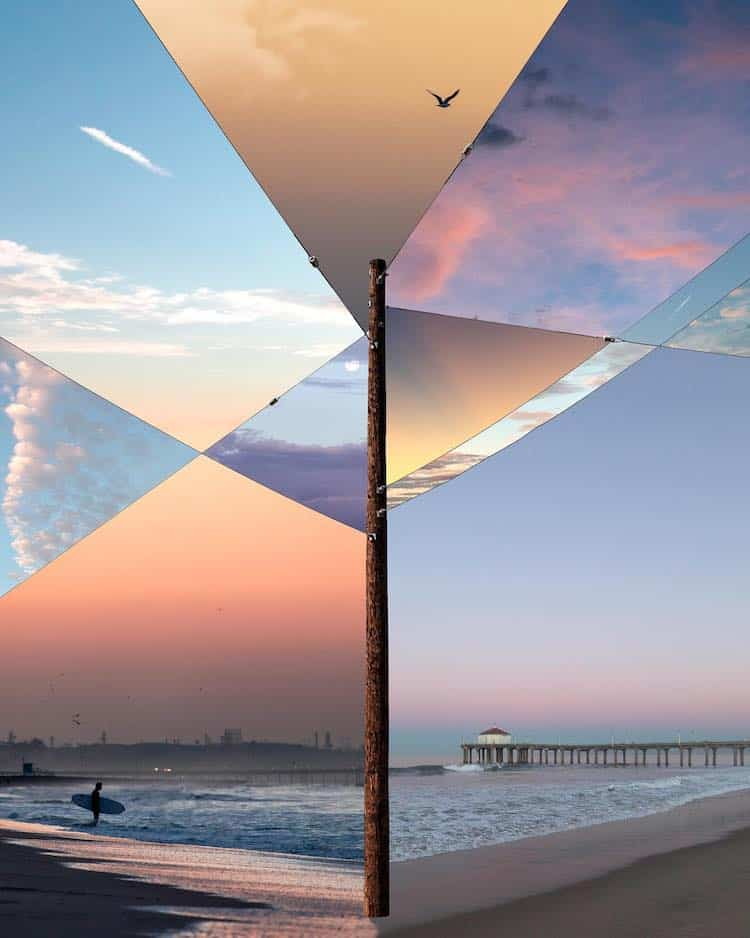 “A week or two later,” Hyner said in an interview with My Modern Met, “I took a photo of an electrical pole in my neighborhood and knew instantly that I could fill the spaces with sky photos to achieve a stained glass look.” Hyner filled each cross section of sky between wires with its own image, making a collage of the heavens containing morning and evening light, wildlife, and various clouds. 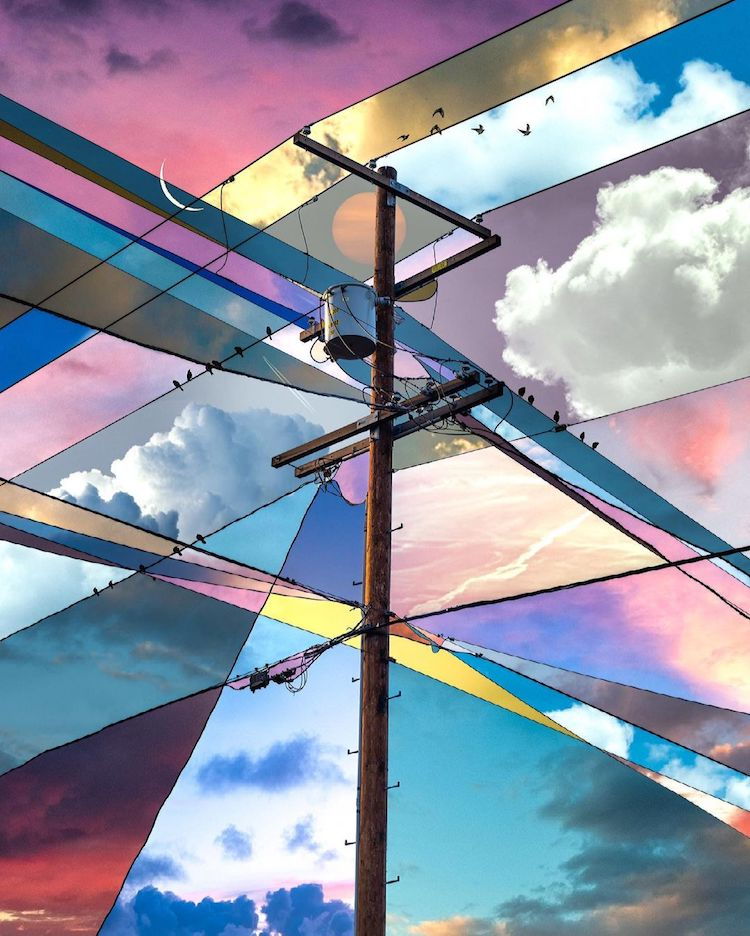 “In the end, I might use anywhere between 15 to 30 different photos,” he explains. “That includes photos of moons, suns, birds, and jet streams that I later use to accent the piece. Some smaller sections of these images aren’t even skies at all, but rather textured gradients I make to fit the image.” His process includes intensive selection and hours working with photo editing software.

“New sky selection tools in Adobe Photoshop help, but they don’t get me all the way there,” Hyner explained in an interview with PetaPixel. “Once that step is completed, I comb through thousands of photos… and pull the images that might go together. Then it takes maybe a week or two of trial and error, testing various skies, moving shots around, deleting the whole thing, starting again, going outside for a walk, and then finally finishing. It can be a brain-scramble, but I love seeing the puzzle come together.” 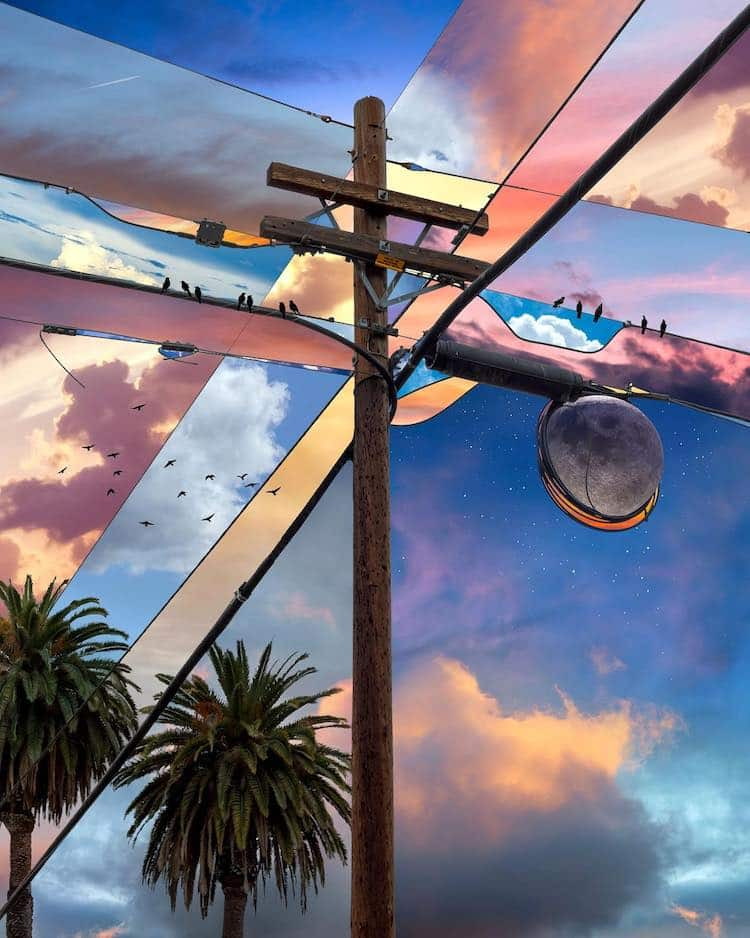 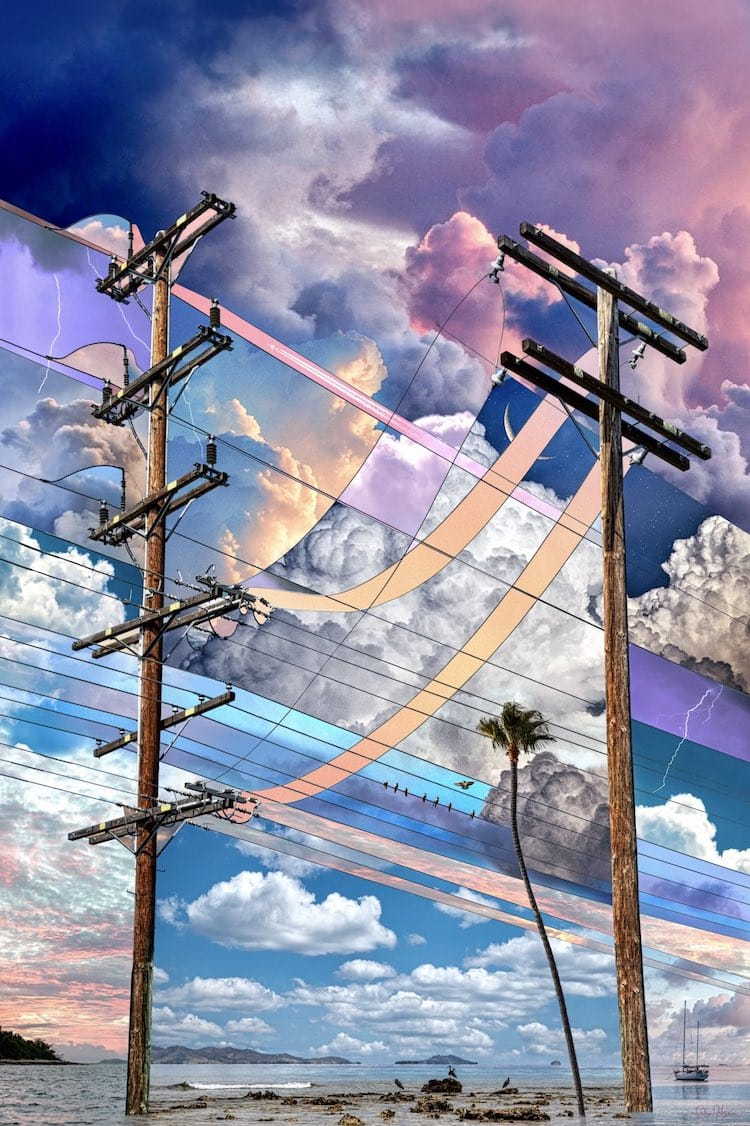 Fortunately, Hyner had plenty of his own material to draw on for his stained-glass creations, having taken sky shots around the world for almost a decade in his movie-making work. Since getting his first Canon camera in 2014, he’s amassed thousands of atmospheric photos.

“I spent a few months in New Zealand and Fiji working on a film I wrote, so I had a lot of time to shoot the most stunning skies imaginable. They pop up in a lot of my work,” he said.

Hyner’s new series also helped him escape the stagnation of the COVID-19 shutdowns. “When I start pulling in photos, I try to have some foundation to build upon,” he adds. “For instance, with ‘Party Skies,’ which was made during the height of the pandemic, I was daydreaming about tropical climates, so I knew I wanted to bridge three island photos of mine at the bottom and work my way up to the sky.” 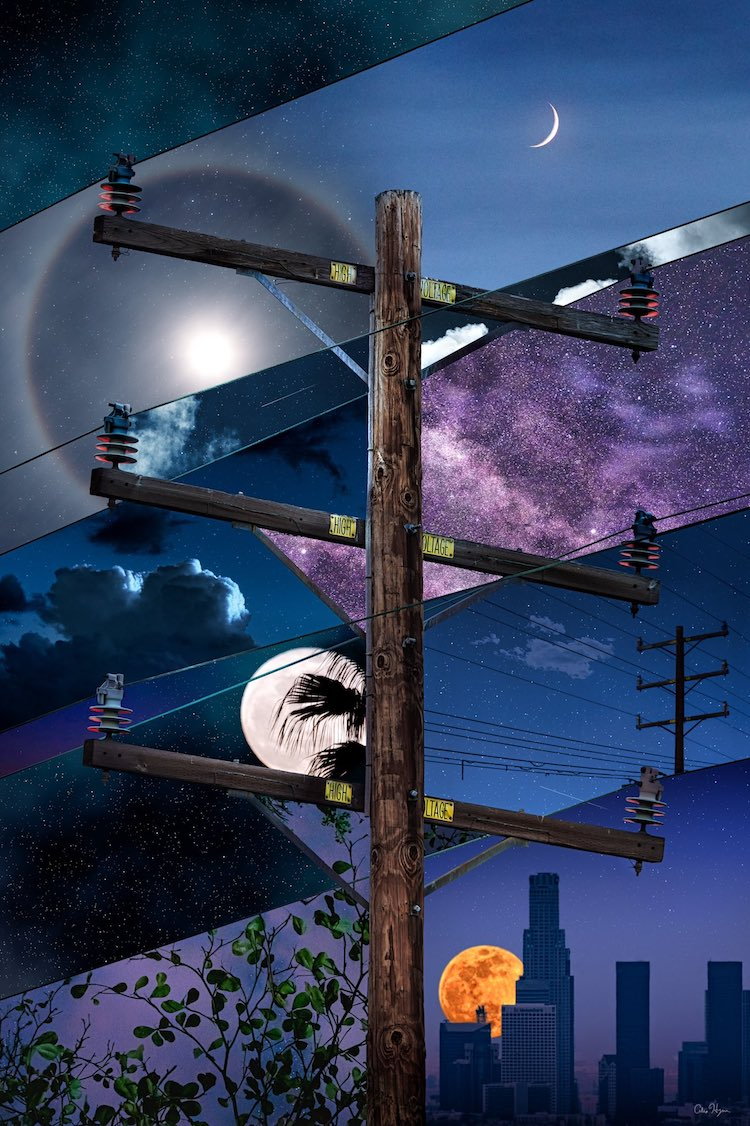 While his art has earned him a decent following on social media, Hyner tries not to take his work too seriously. “Ultimately, I just make images that I want to see. I tend not to ascribe meaning to any of them,” he says.

His stained-glass sky art (as well as his other work) is available on his website and Instagram profile.