Are you tired of having to go to a salon every time you want your nails done? As nice as pampering oneself can be, sometimes you’re just not in the mood to sit still for an hour or two while your nails dry. If that part wasn’t bad enough, you’ll still probably end up smudging one of your newly-manicured nails in your rush to get home afterward.

Thanks to an innovative new at-home nail art printer, you’ll no longer need to worry about the hassle of hitting the salon. Just sit in the comfort of your own house and let the salon come to you. O’2 Nails, a global leader in nail fashion, has recently released the X11 Fullmate Mobile Nail Printer, and Dornob was lucky enough to learn all about it from some company representatives at this year’s Consumer Electronics Show (CES) in Las Vegas.

O’2 Nails has been pioneering new nail art printing technologies since 2003, when their first model, the “Art Pro Nail,” was released. The company now finds themselves seven generations deep into the nail art printing business, so it’s safe to say they know what they’re doing by now. These days, their products span both the O’2 Nails and Fullmate collections, which were respectively released in 2016 and 2017. The “V11” model of the O’2 Nails 3D printer has proven to be a huge hit in China, and it was even voted one of the country’s Top 10 Innovative Products at CES 2017 by Forbes magazine. 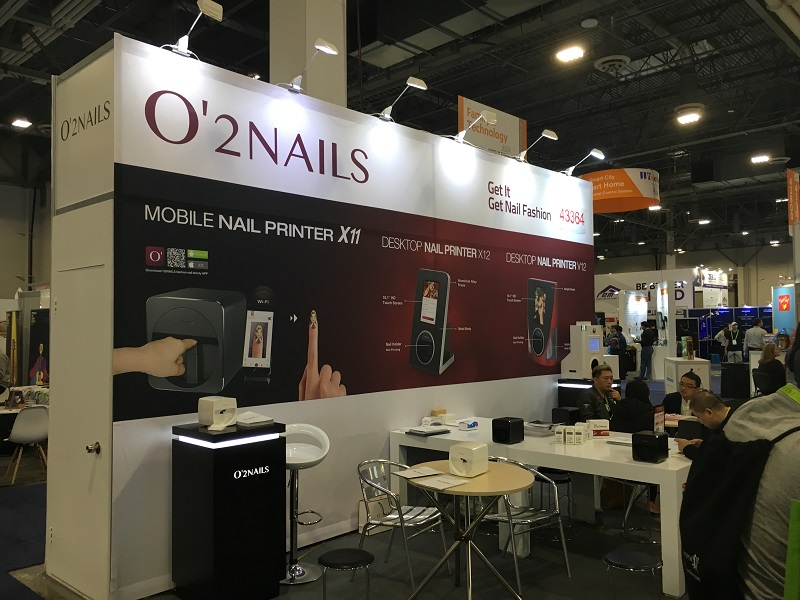 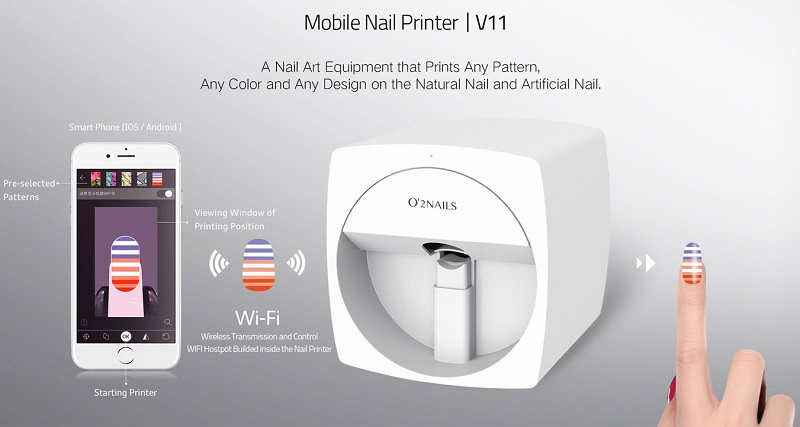 At this year’s CES conference, O’2 Nails debuted their latest product, the X11 Fullmate Mobile Nail Printer, which allows users to take full control of their aesthetic options. With the ability to print any pattern, color, or image onto natural or artificial nails, the printer boasts a black, aluminium alloy body, which itself has been equipped with a built-in anti-shake algorithm to make sure your nails come out perfectly. The beauty of this particular product, which is simply the latest in a long line of inventive units produced by the company, lies is its links to mobile technology. For instance, you can send images to the X11 directly from your smartphone by connecting the two devices via Wi-Fi. Once you have selected and transferred your image to the machine, just insert your fingertip into the appropriate slot. When you remove it, presto! New nails! Whether you want to print on your real nails or acrylics, the results are the same across the board. 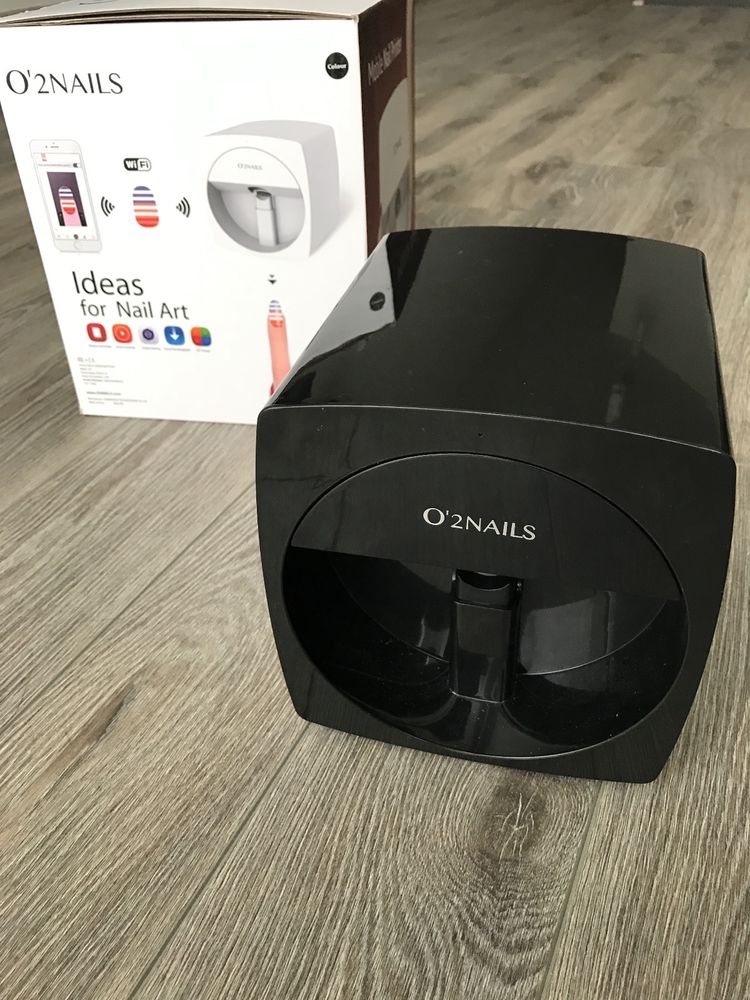 Besides being used by glamorous people in their homes, the X11 Fullmate is also currently being used in restaurants, cafés, clothing stores, spas, and beauty/hair salons. More specifically, O’2 reps have been working with Haidilao Hot Pot, Maan Coffee, KISSCAT Shoes, and a slew of major beauty salons across China. O’2 Nails are also responsible for the Stylemate nail kit, which includes tools, ornaments, and an O’2 Nail app tutorial, so you can make sure your nails look as good as those from the salon every single day.