Lighting can come in many forms, and it’s not always the light being emitted that takes center stage. In fact, it’s often the fixture itself that attracts the most attention. Feature lighting can become a major focal point in sitting rooms and dining rooms, and the new “Nuclei” series of wall-mounted lamps does exactly that. These surreal fittings make a big impact whether their lights are on or off but go through a dramatic change between these two settings. 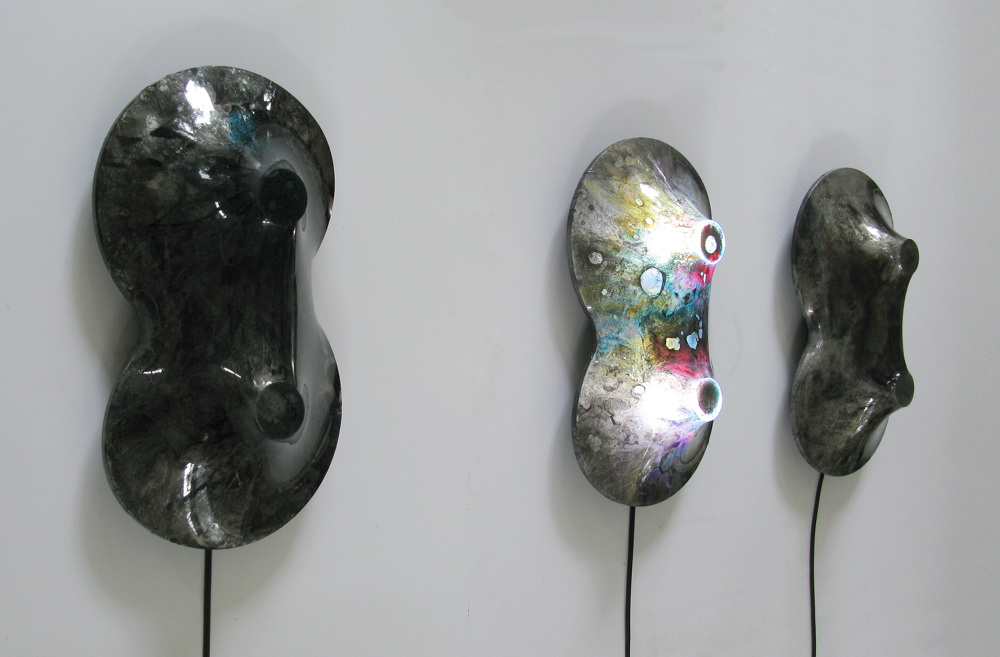 Straddling the line between futuristic and retro, the Nuclei lamps take their cue from science and the concept of fluidity, both in their shape and in the pattern that swirls around their plastic shells. Using clever optics, a fusion of two layers of polyolefin film (more commonly known as shrink wrap), and a heating process that disturbs the different paints between these layers, the fixtures create a cosmic concoction of visuals that plays tricks on the eye and invites the viewer to take a closer look at their unique aesthetic and design. 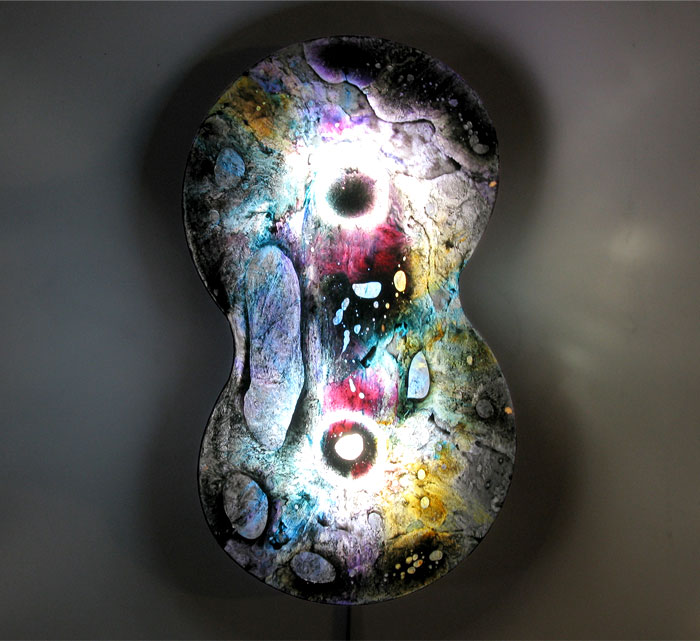 The Nuclei lamp is hung from the wall and is almost biological in its form. Two undulating discs with circular peaks extruding from their centers flow and interconnect with one another, making it appear as if the fixture’s “skin” is stretched over the frame and adding to its sense of otherworldliness. The shape was derived from the biological process of mitosis, by which cells divide. This is where the Nuclei’s circular peaks, or “cores,” come from, and it also explains the lamp’s scientific name. The nebulous sheet that is pulled over the core, which projects from the backing layer using the same transparent tubes that contain the lamp’s LED lights, is made of shrink wrap and infused with colorful metallic paint, oil-based black pigment, and water. These materials merge and spread when the heat gun that fixes the sheets of film together, and to the backing, is applied. 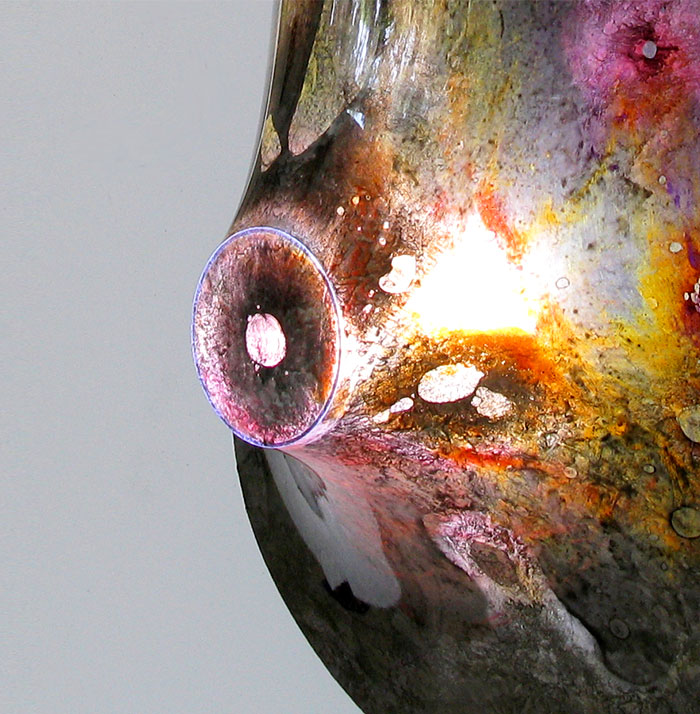 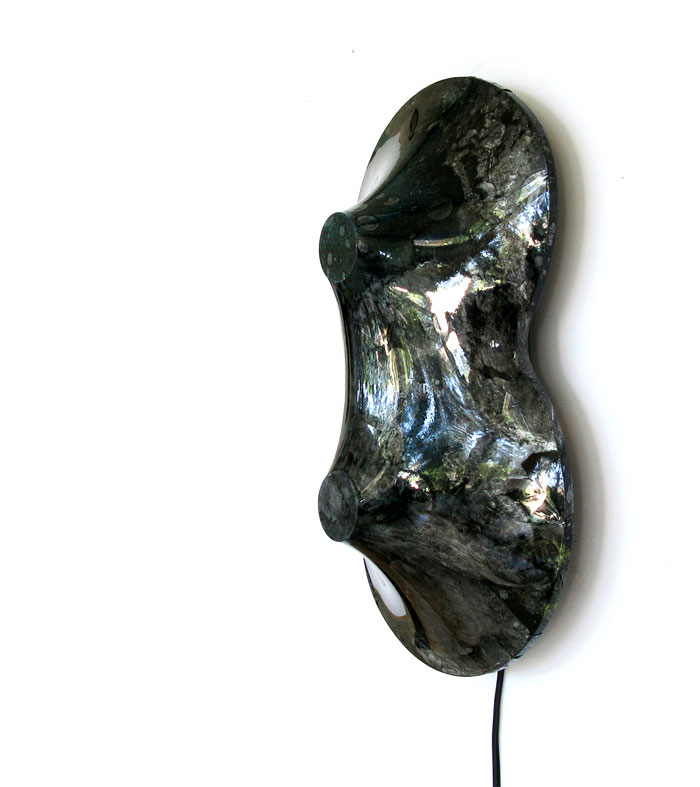 Designed by Japanese architect and designer Taeg Nishimoto, the Nuclei lamp measures 60 by 30 centimeters, with a projection of 15 centimeters. The Nuclei can be hung up individually or grouped in clusters to form an artistic wall arrangement. Nishimoto actively conducts research on materials, objects, and spaces, a part of which involves the exploration of different types of drawing form — from simple lines to more complex 3-D figures. His “Liquid” series of wall-mounted mirrors plays with the same themes of materiality and fluidity but uses concrete instead of plastic film to explore the idea of color and the ways it can be shaped and textured in different materials. 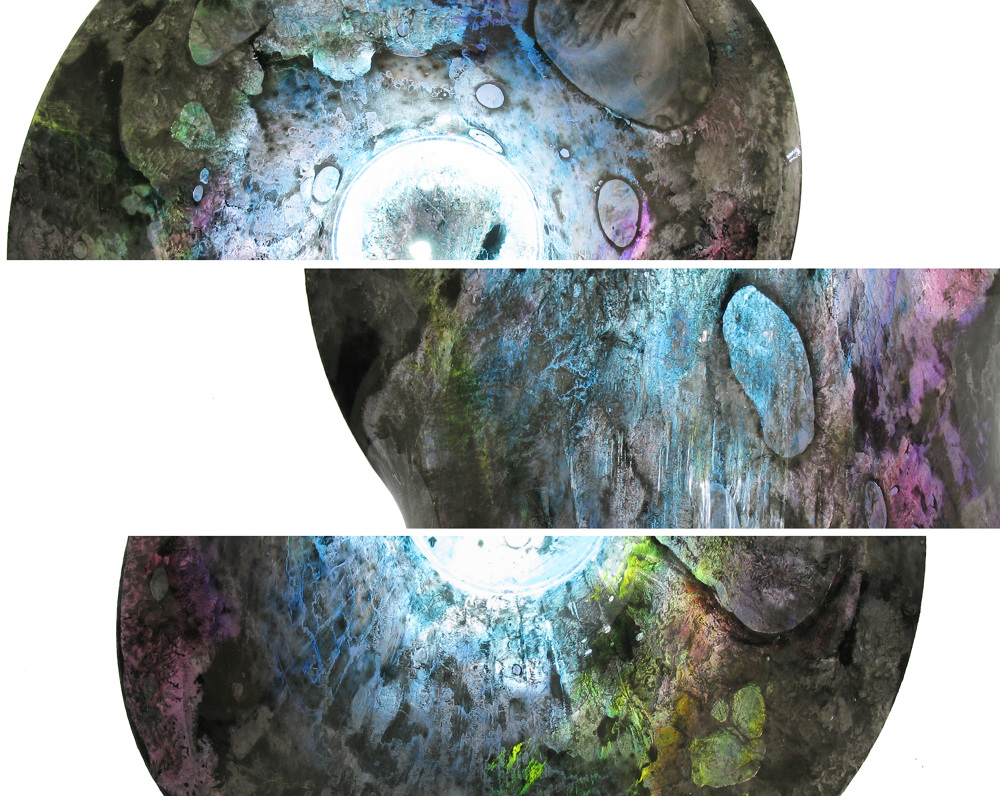 “Misha” is another foray into the world of lighting, which experiments with fabric and the way it behaves when applied to a fixture. The silhouette of the fabric is affected by its draping and the light applied to it, and these table lamps offer a completely different yet conceptually-similar proposal to that of Nuclei. Nishimoto has practiced architecture in Tokyo and New York and has taught at both Columbia University and the Pratt Institute.