A traditional Norwegian harbor bath is being resurrected as an entertainment plaza, rising up out of the water in topographical layers of concrete. 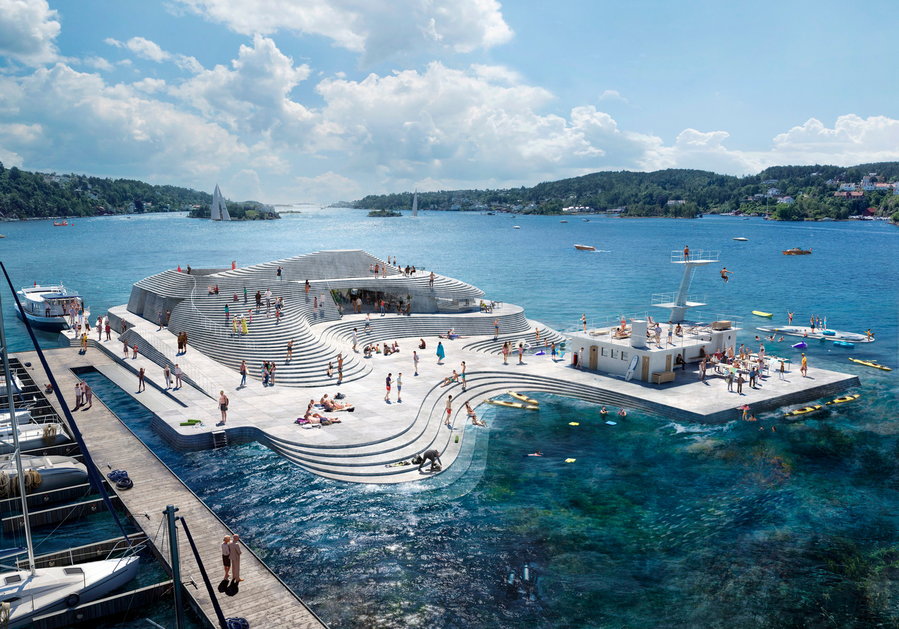 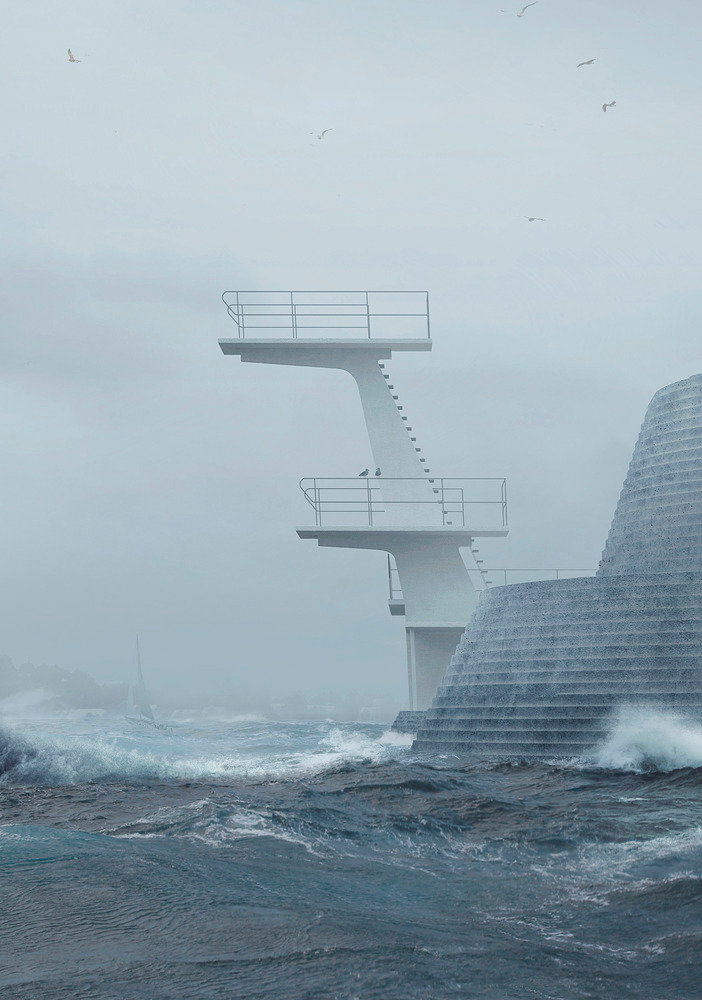 Originally built in 1937, the Knubben Harbor Bath in Arendal, Norway was a community destination spot for aquatic recreation, with a children’s pool and a 33-foot-tall diving platform. It was a center for swimming instruction and diving competitions until 1947. After making a brief comeback in the 1960s as a jazz club, much of the bath structure was demolished in the 1980s after falling into disrepair.

To celebrate the 300th anniversary of the town of Arendal, the harbor bath is being reimagined once again, this time by Norwegian architecture firm Snøhetta. To keep the functionalism and “modernist spirit” of the former pavilion (designed by architect Ketil Ugland), Snøhetta has designed a multi-use edifice, including an expanded island in a minimalist style. 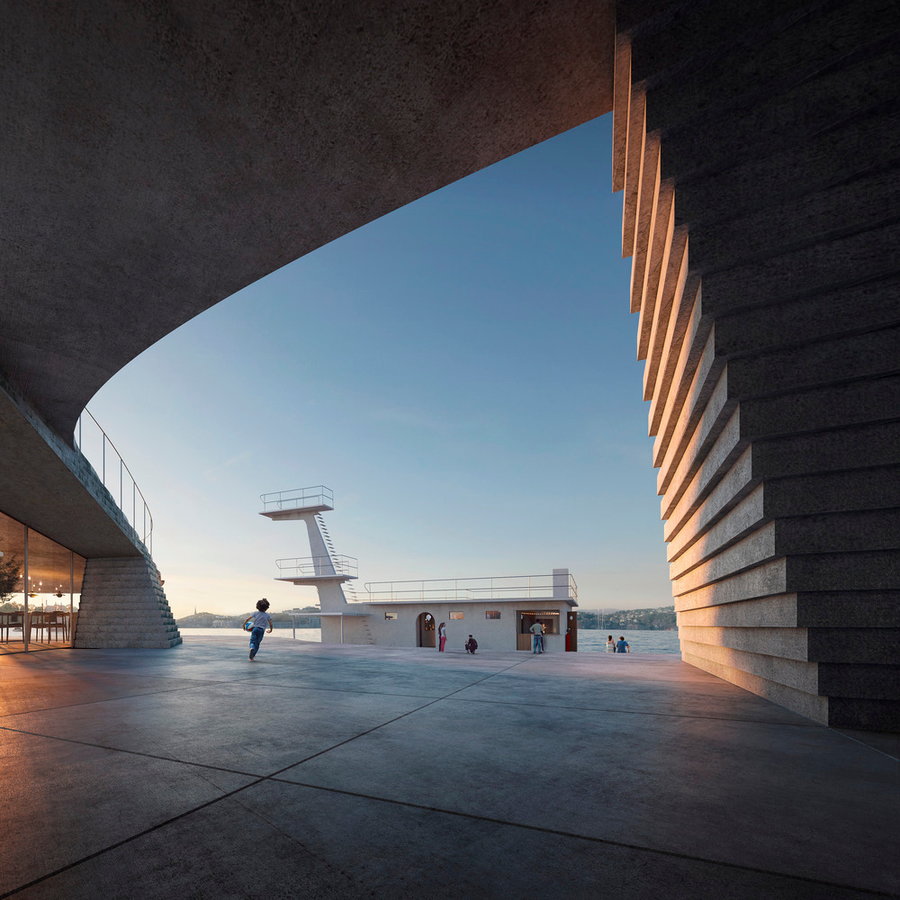 “In returning the traditional harbor bath to its original glory, we realized that the volumetric response had to speak a different architectural language to honor the proud history of the 1930s bath,” Snøhetta project manager Marius Hauland Næss says in an interview with Dezeen. “As such, the concept for the addition is a landscape that builds on the existing skerry, which forms the base for the original bath.”

The new structure will emerge from the sea, supported by steel piles and approximating a topography map with its contoured concrete layers building upon each other. As the firm explains on its website, “it will resemble a block of stone shaped during the Last Glacial Period.” The walls will alternate between concave and convex, preserving the first bath’s clean modernist lines. 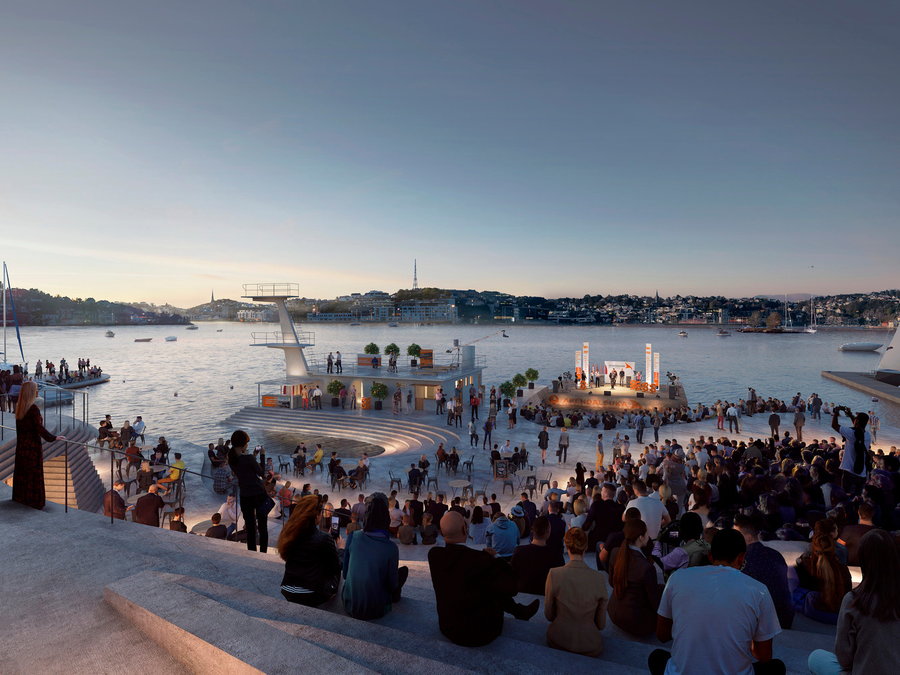 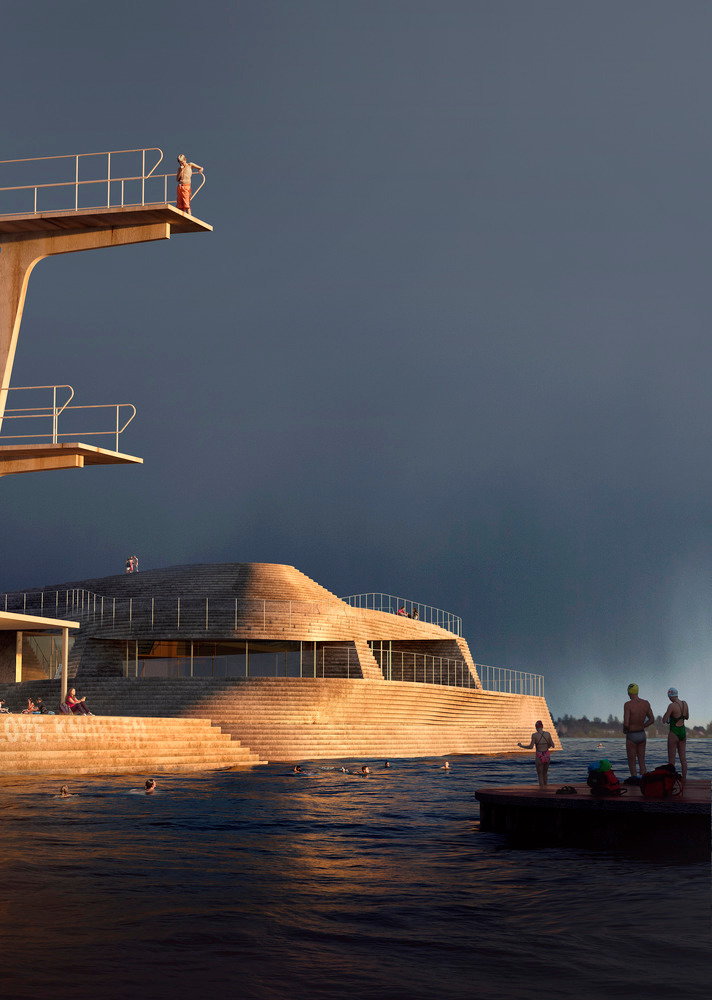 The stepped levels will provide seating for large crowds to view the open-air stage, the amphitheater, and to relax as they sunbathe and enjoy the surrounding views. The diving towers will be making a comeback, too, allowing patrons to take part in the same entertainment as their forefathers did almost a century earlier. The pavilion will also include a large indoor area built under the stairs, with room for additional performance spaces and a restaurant, allowing the bath to be a year-round attraction.

“The facility has the potential to become a hybrid that fluidly combines culture, recreation, marine biology, and learning, and a very locally anchored food experience,” adds Næss. 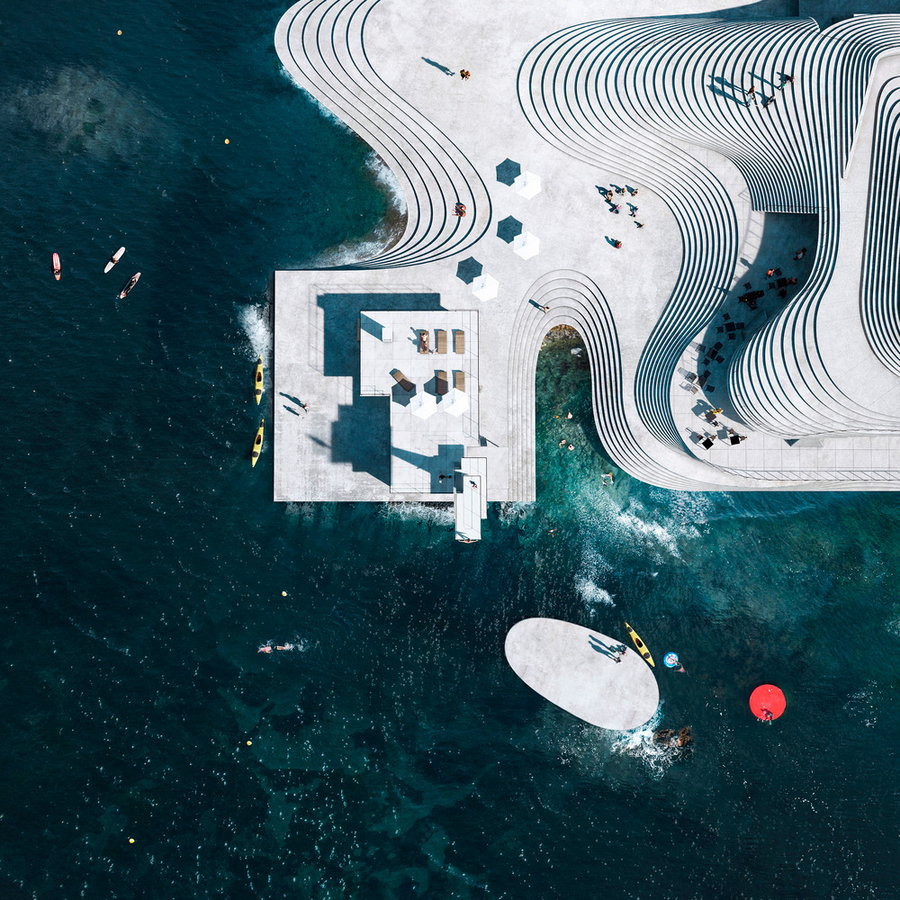 Snøhetta also hopes to make the entire project as sustainable as possible. “We have a clear ambition to challenge materials in this project, since the compound sits in a fragile marine environment and finds itself at the mercy of ever-changing, rough weather conditions,” says Næss.

“One of our goals is to infuse the project with other supplemental technologies that focus on the up and recycling of materials, such as but not limited to glass. So far, carbon-neutral and even carbon negative compositions have been achieved, so we are looking at viable options for application in the project, either structurally or aesthetically,” he adds. “As an organism then, the compound works circularly to facilitate a sustainable experiences on multiple fronts.”

The new Knubben Harbor Bath is set to open to the public in 2024.