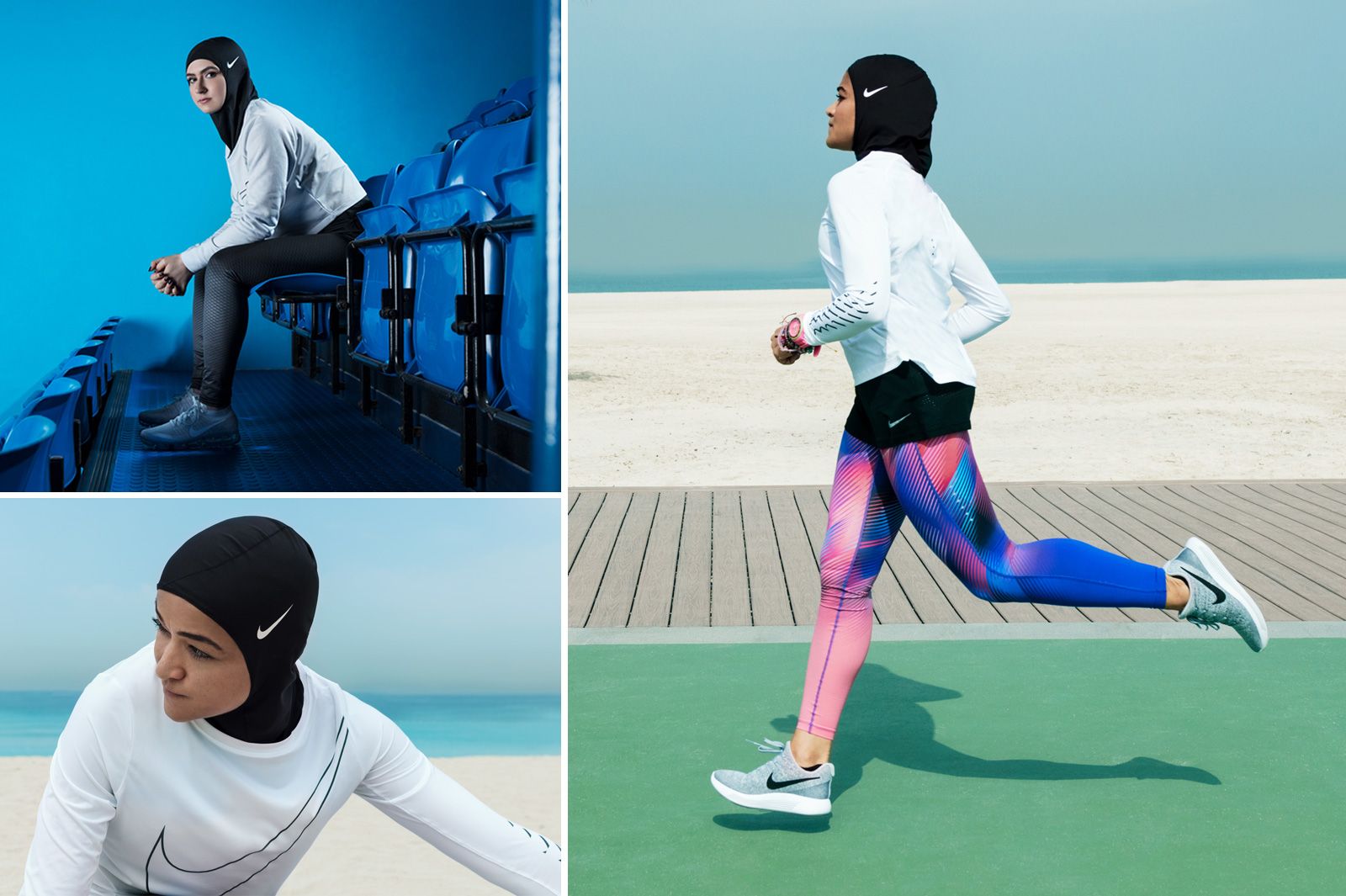 Continue reading below
Our Featured Videos
In these trying times of social and political unrest, debates on immigration, race, gender, and religion are being held in every sphere across the world stage, from the chambers of government to art galleries and, of course, the internet. Representation is more important than ever, and nowhere is there a more diverse group of ethnicities present than in the arena of sport. The large number of international sporting events that have taken place in the recent past, the Olympics in particular, have served to highlight the broad array of athletes hailing from different countries and cultures, and this diversity is being celebrated by some of the biggest brands, in this case, namely Nike, who recently introduced the Nike Pro Hijab, an activewear head covering specially designed for female Muslim athletes. 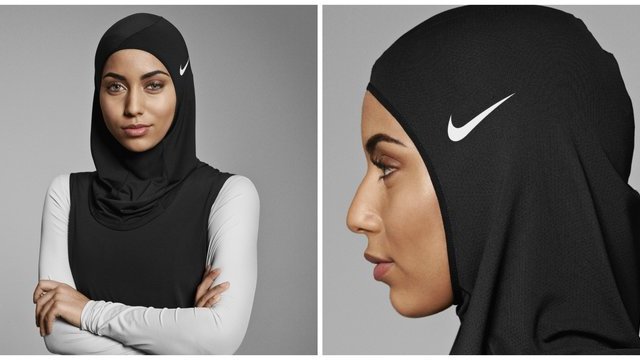 Of course, Nike isn’t the first company to have recognized the need to provide this demographic with comfortable and efficient sportswear. As Dornob previously reported, Minneapolis-based company Asiya Activewear designed an athletic hijab in a range of lite, sport, and fit options and available in four different colors. Asiya’s mission is “to level the playing field for Muslim females everywhere. Our initial line of sport hijabs enable Muslim girls and women to have the freedom to participate in physical activities and sports while still upholding their religious and cultural beliefs.” Research cited by the organization points to the vital role of sports in the lives of female executives, so by enabling Muslim women to exercise comfortably while wearing a hijab, it is Asiya’s hope that they will be empowered to participate more in sports, thereby benefiting from all the positives afforded to us by being active. 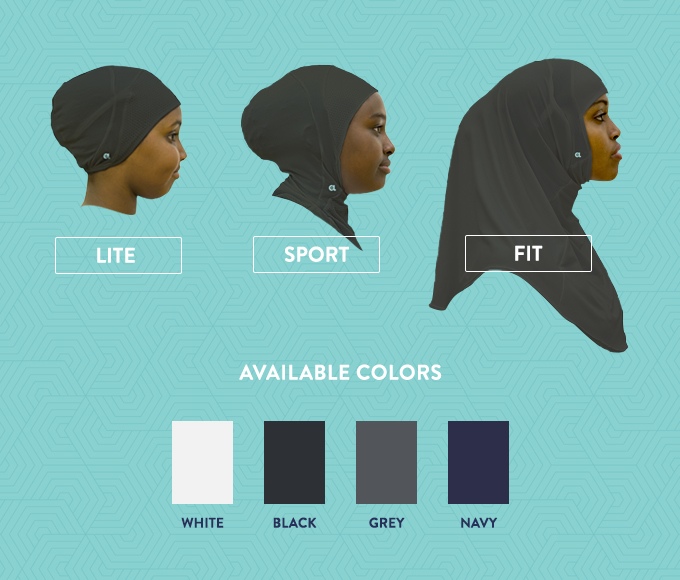 Nike, meanwhile, are focusing more on the hijab as sports apparel and have included it in their Pro range, a collection of base layers that are designed to act as a breathable second skin for athletes. In collaboration with two Muslim sportswomen, weightlifter Amna Al Haddad and figure skater Zahra Lari, over the course of a year, Nike has endeavored to create a hijab that is unobtrusive while playing sports. By incorporating observations on how the hijab can hinder an athlete’s performance with its excess of fabric, restriction of movement, and overheating, Nike has designed a fitted head covering that is easy to use by simply pulling it on over your head. The hijab is made from a layer of Nike’s high-performance power mesh, a flexible, perforated single skin of material that covers the hair while leaving the face exposed. The hijab’s unique design makes it comfortable for all wearers and features like a longer back that can be tucked in means it won’t come loose, even in sports that require a lot of movement like ice-skating. This was also a consideration in the Asiya product, recognizing the need for secure coverage of certain areas such as the neck and chest. 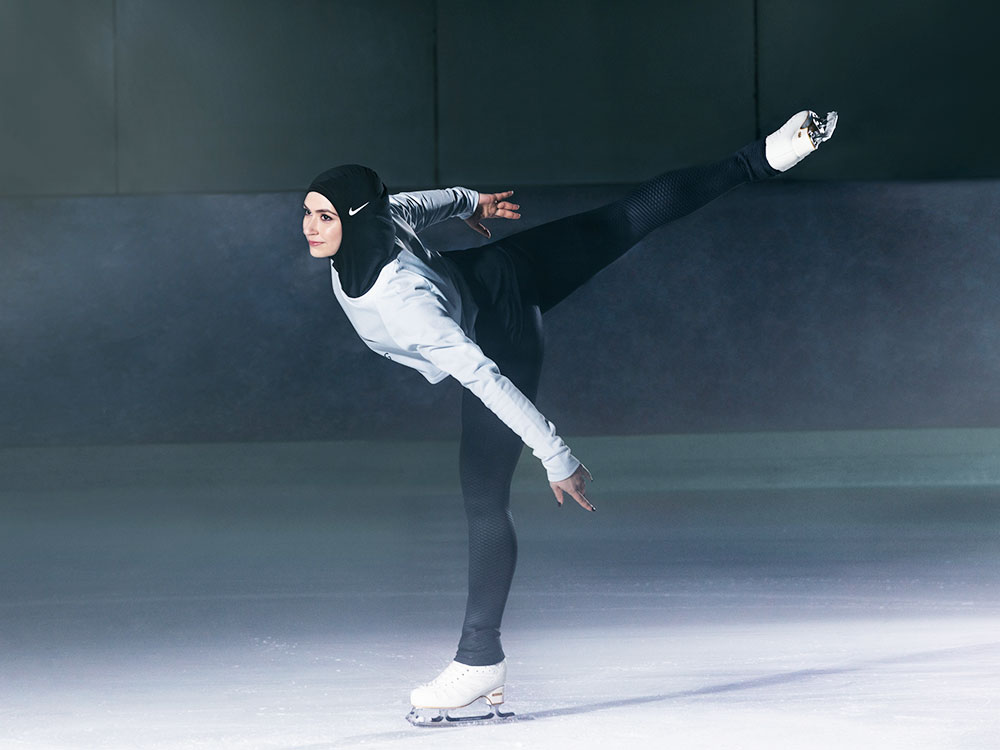 The support of a global power brand such as Nike will be invaluable to the development and encouragement of female Muslim athletes. Amna Al Haddad and Zahra Lari say they hope to see more women of this demographic choosing to participate in sports as a result of this new hijab design, confirming the ability of design to change and improve the quality of people’s lives, and cementing the importance of representation by big name brands in different fields.