A new skyscraper has just been completed at Ground Zero, the site of the former World Trade Center that’s been in a state of perpetual redevelopment ever since the infamous 2001 attacks. Three World Trade Center is a mixed-use tower designed by the world-renowned Rogers Stirk Harbour + Partners, and its external completion was celebrated at an on-site event held on June 11th, 2018. Located on the east side of Greenwich Street in Manhattan’s financial district, the tower spans 80 stories, reaching a staggering height of 329 meters and making it New York’s fifth tallest building — as well as the second tallest building on-site after One World Trade Center, the complex’s main building. 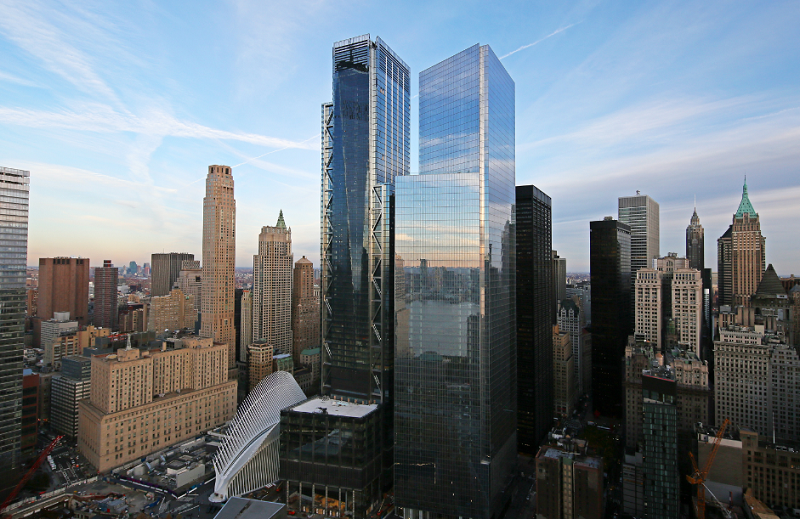 The new skyscraper sits on the former site of the Marriott World Trade Center hotel, which was destroyed along with the rest of the complex on September 11th, 2001. Construction of Three World Trade Center commenced in 2014 after a four-year delay, and now its exterior has come to completion, with the interiors scheduled to be fitted in the coming months. The skyscraper will include both commercial and residential elements, with the first three floors and two sub-levels being used for retail spaces that will be entirely open to the public. 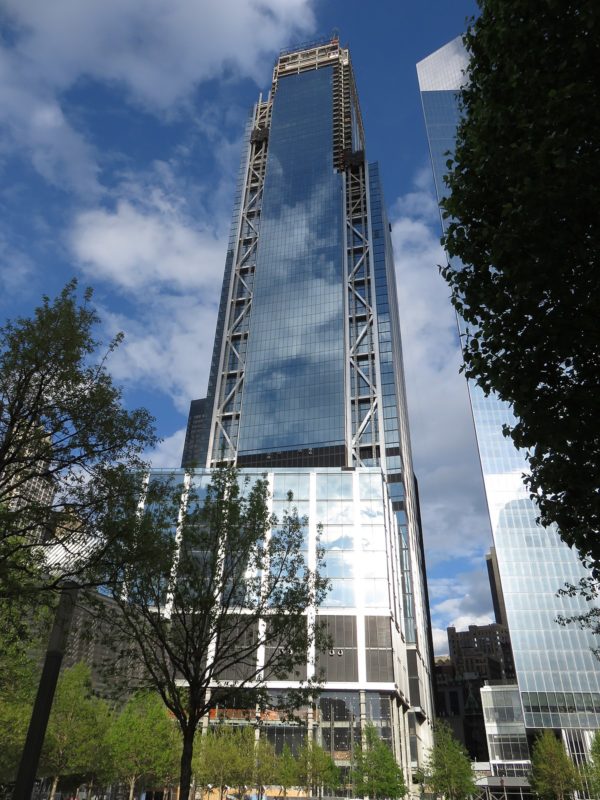 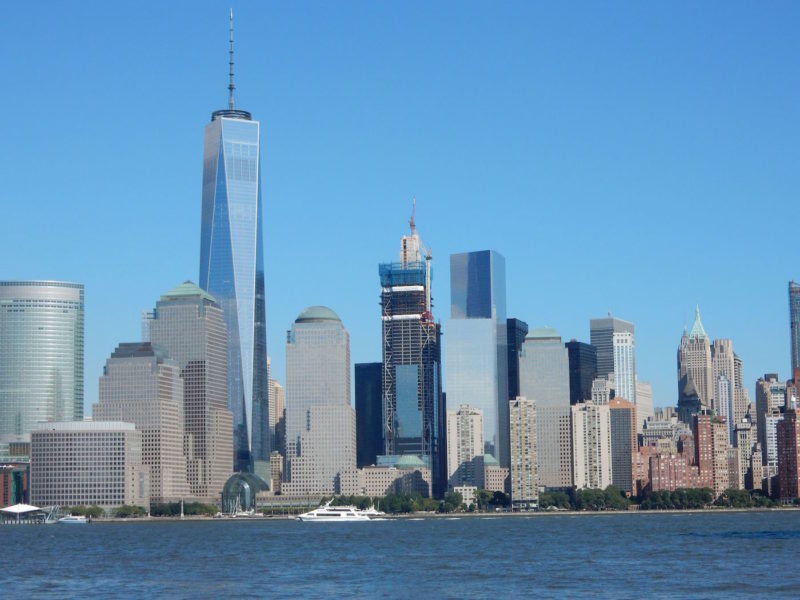 The building looks out onto the complex’ main plaza, which contains the WTC memorial fountains and the entrances to each WTC building. The foyer is one of the new skyscraper’s highlights, boasting a huge airy atrium that greets visitors with its 18-meter high vertical glass curtain walls. Rectangular glass panels also define the building’s facade and complement the neighboring Four World Trade Center building, whose exterior is also comprised of large glass panels. 3WTC’s silhouette and structure are typical of Rogers Stirk Harbour + Partners’ newer designs, most of which tend to employ large swathes of glazing as well as external bracing systems that run the lengths of their exteriors. These vertical trusses enable the buildings’ corners to appear unsupported, creating an illusion of lightness along the lengths of the skyscrapers. When coupled with a glazed facade, this weightlessness allows Three World Trade Center to seamlessly blend into the blue New York sky and reflect the other buildings in the complex. 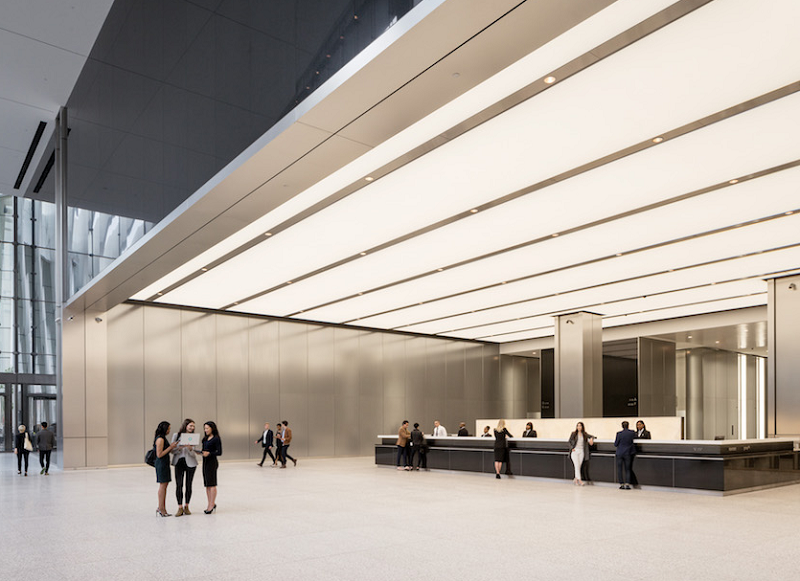 10,000 glass panels make up the facade, and all of them are supported by an internal cable. Elsewhere, a reinforced concrete core anchors the tower. This system is also visible in the firm’s work on the Neo Bankside residences across from the Tate Modern art gallery in London. 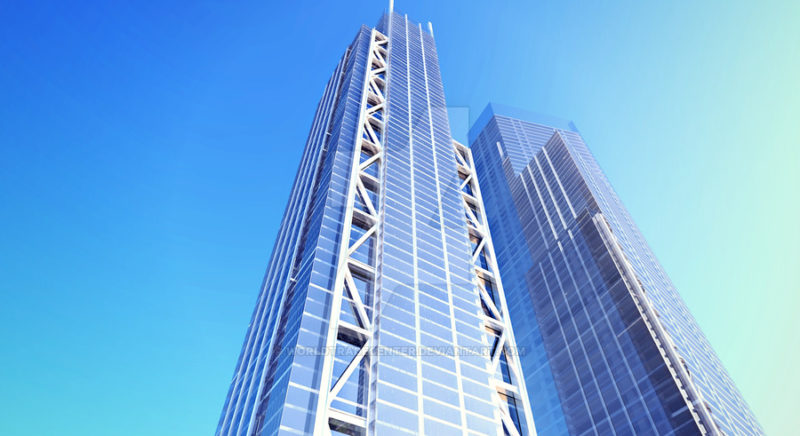 The building’s website sums up the vision for the tower as follows: “3 World Trade Center is fundamentally linked and fully integrated into its surroundings. The building’s design cannot be understood in a vacuum; rather it is intimately related to, and inspired by, the other structures within the World Trade Center complex. It is located opposite the WTC Memorial and Cultural Center, and at the heart of the cluster of buildings which surround the memorial. As the complex’s commercial core, the tower had to address the issue of balancing retail and office uses, while also complementing and acknowledging the nearby public space.”