Each August, the small city of Waterford in Southeast Ireland gets an extreme makeover. This year, the annual Waterford Walls festival took place from the 17th to the 26th, showcasing the incredible artworks of 40 artists from both Ireland and abroad across 40 walls, transforming the city, and adding some vibrant color to its streets. The project hopes to attract visitors to Waterford to see the art, advertising the city as a kind of open-air art gallery. 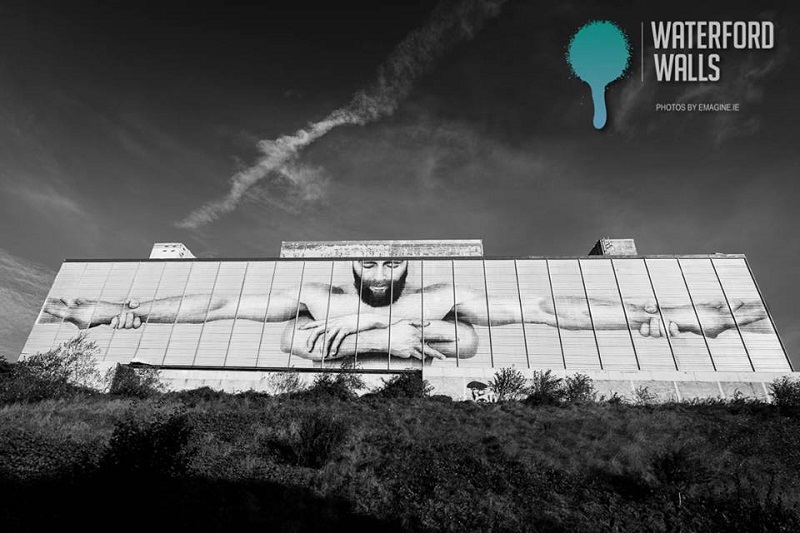 Some of the world’s best muralists and urban artists were invited to participate in the festival. Fintan Magee, for instance, is an artist from Brisbane, Australia, whose work is informed by his childhood experiences and contemporary world issues such as climate change and class struggle. Magee is one of the leading figurative artists among this new generation of muralists, and his work can be seen on walls all over the world, from Waterford to Saarbrucken, Germany and Buenos Aires, Argentina. 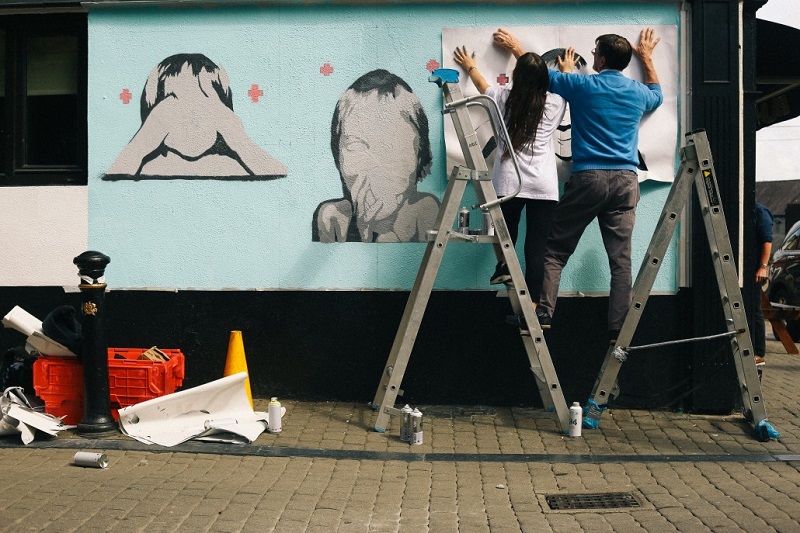 James Earley is one of Ireland’s most eminent urban artists, and his work draws from his rich family history of stained glass making and the animals and pagan/religious traditions native to Ireland. He works extensively as a curator for Dublin’s Dean Hotel and is responsible for transforming the facade of Bloom’s Hotel in the city’s Temple Bar into a Joycean masterpiece inspired by Ulysses. Joe Caslin is another well-known artist from Ireland, and he’s currently making waves with his large-scale monochrome portraits that adorn some buildings around Dublin and (now) Waterford. 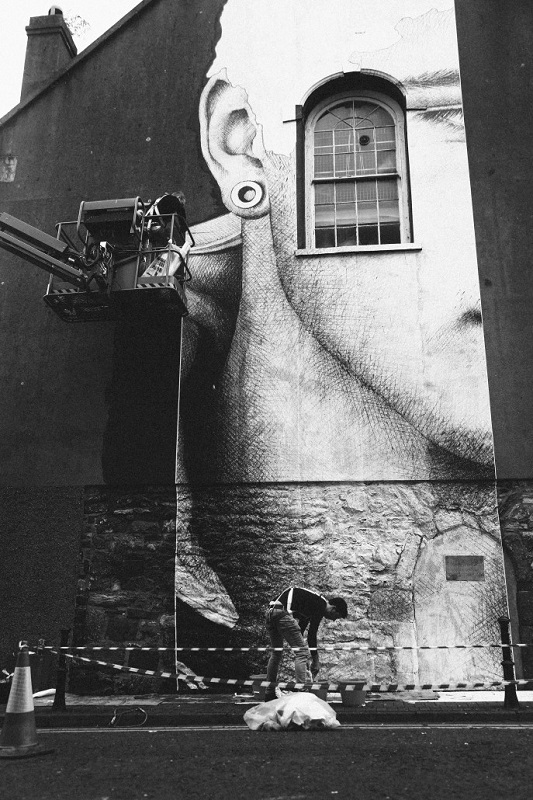 Street art festivals have been gaining traction in cities all around the world for the past eight years or so. Though graffiti and street art were once seen as negative and subversive things, they have recently become a lot more widely-accepted. This is in large part thanks to the status achieved by the renowned street artist Banksy, who (perhaps inadvertently) created a market for urban art that did not previously exist, in many ways legitimizing it as an artform and creating a commercial demand for it. Subsequently, many cities now see the benefit of commissioning large-scale street artworks, whether it’s to regenerate run-down areas or simply to inject some color and life into the community. 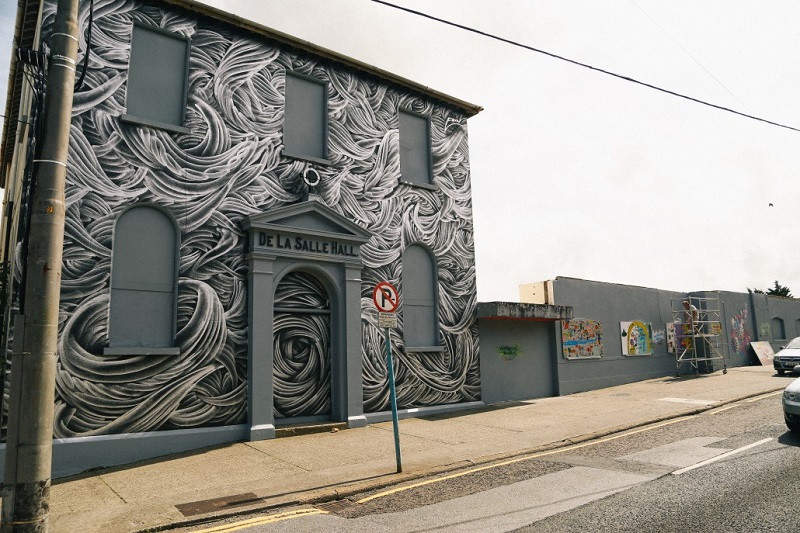 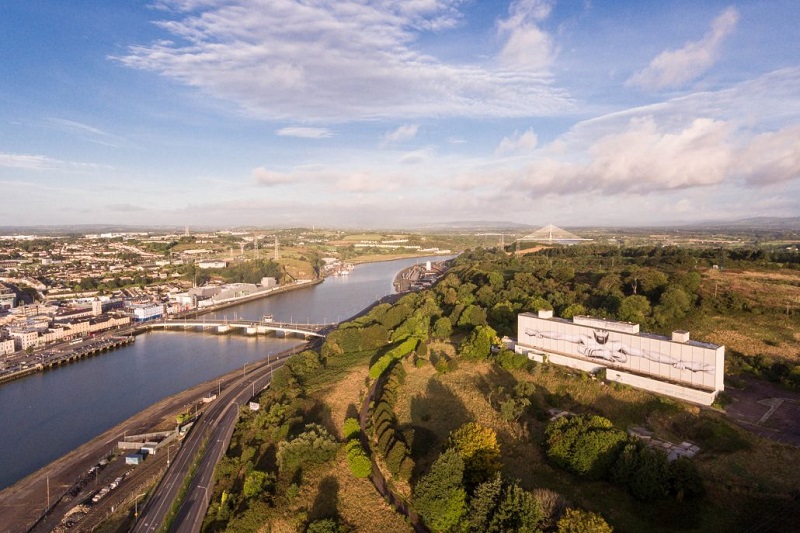 Continue reading below
Our Featured Videos
Mural arts projects can also act as community-based initiatives, in which locals are involved in both their curation and organization. In many cases, these types of projects tend to result in more positive and long-lasting murals, because the people who have to live near these walls for an extended period of time eventually claim them as their own, until the walls end up becoming landmarks that are representative of the community as a whole. Waterford Walls has established itself as a leader in the Irish world of street art for its sensitive incorporation of it into the city and its strong relationships with the artists it invites. Ireland has a long and rich history, and the Waterford Walls festival is merely one more insertion into the already fascinating world of art and culture that the country has to offer.