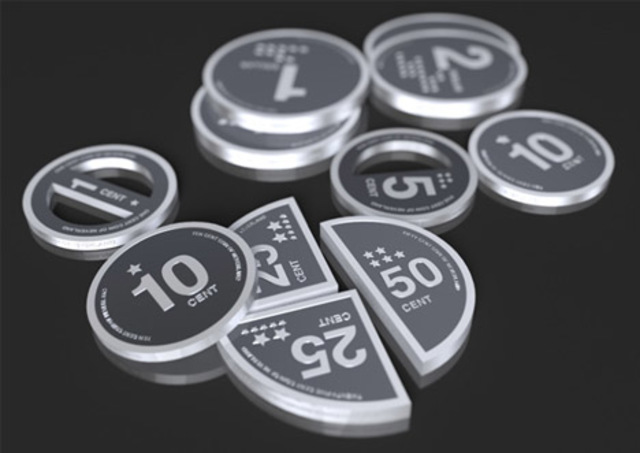 At first glance, concept coins designed this differently from the historical coinage we’re accustomed to carrying are bound to look more like fake ‘funny money’ than real currency — but think of the simplified usefulness of breaking out of the (circular) box of standard coin shapes around the world. In short: these cents just make more sense. Plus, they’re a cool example of coin art taken in a graphic modern direction, as opposed to (equally awesome) hand-carved “hobo nickels.” 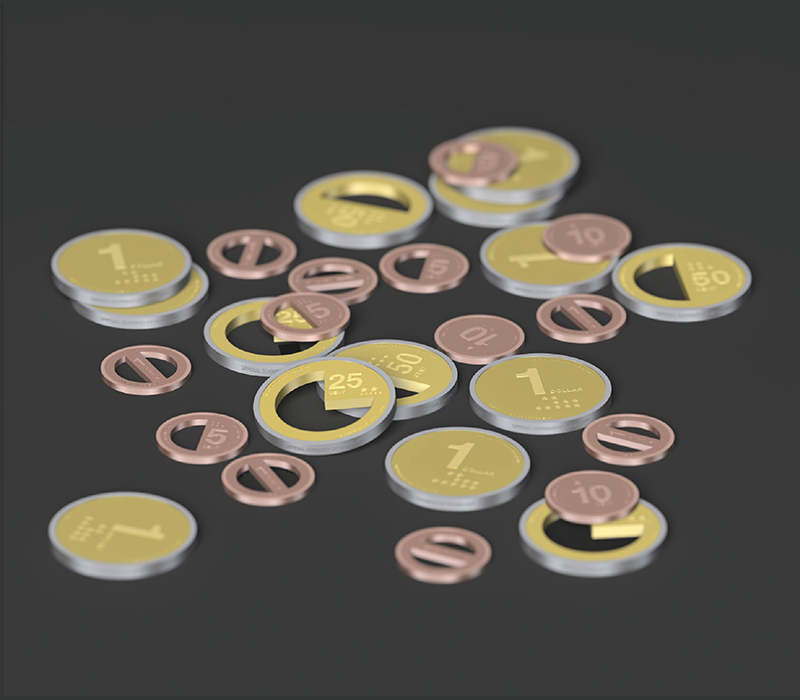 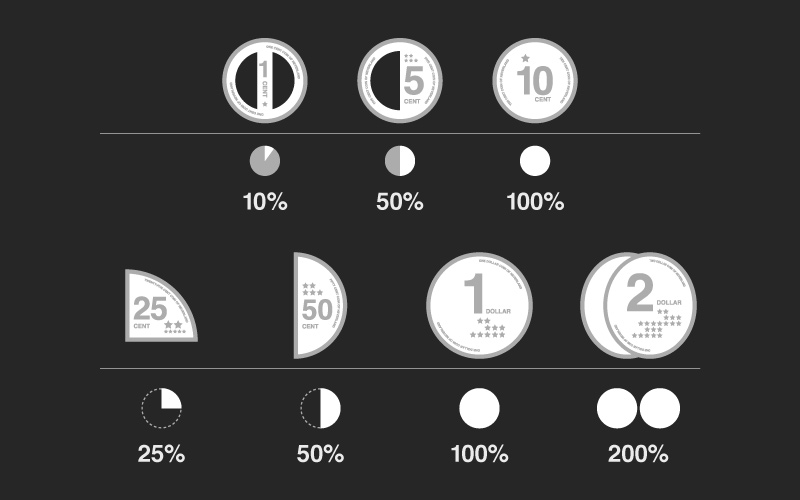 Simple visual cues tell anyone who can or cannot readily understand the local language what the relative value of each ‘pie piece’ coin is. While other security features would clearly be needed, the simplification of overall style also increases legibility and ease of comprehension, not to mention contributing to more accessibility for travelers. Now that’s change we can all believe in. 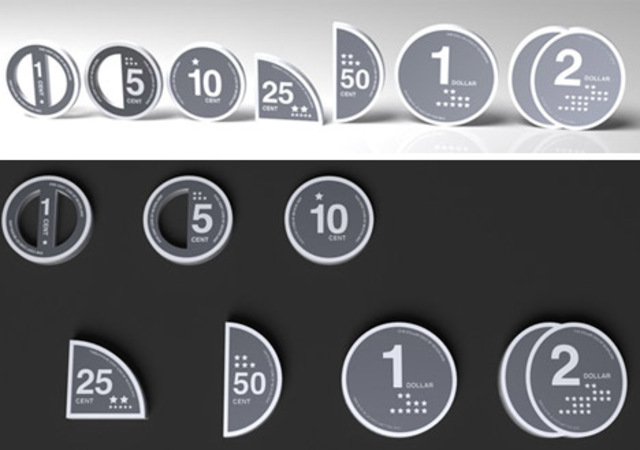 These so-called ‘infographic coins’ by Mac Funamizu have obvious benefits to the blind, much like the Euro, as sizes, shapes and textures all play a role in the legibility of coins. Impaired or not, anyone reaching into their wallet or purse would likewise be able to more easily identify each coin denomination by touch. Are we likely to give up on our standard circles? Perhaps not, but at least rethinking our (United States) hodge-podge system with inconsistent sizes, colors and weights might be worth doing after so much time with so little design change.

“The round shaped coins must have a lot of benefits that other figures such as a triangle or a square don’t,” says Funamizu. “Also, non-rounded coins may have many demerits. Aside from those, travelers and other people who are not accustomed to the currency would be able to easily remember how much each of these coins is (as long as she knows how to read pie charts).”