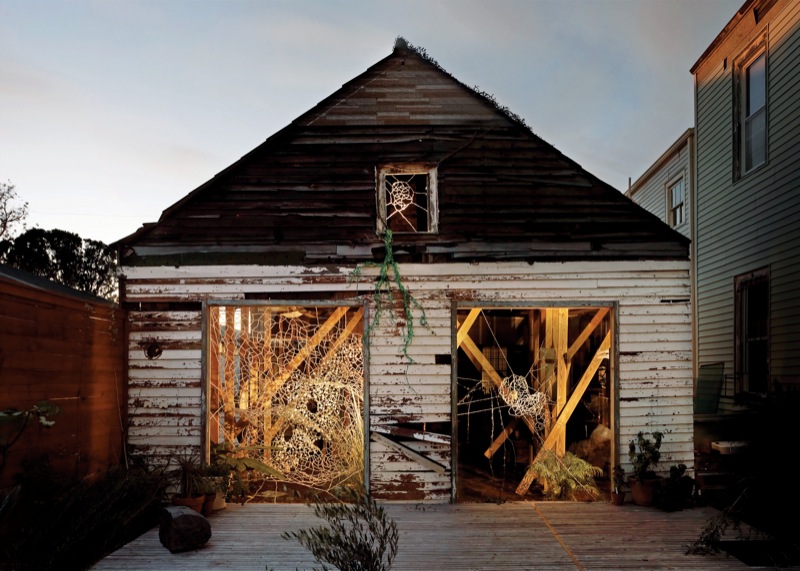 In the wake of Hurricane Katrina, many houses were left – abandoned to the elements and beyond the possibility of repair. One group of artists, however, have found a way to reuse these deserted spaces in artistic ways – creating new spatial experiences around and within what were otherwise depressingly doomed structures.

In a way, these houses and stores are being treated with more reverence now than ever before – a respectful intervention that addresses issues of sustainability, reuse, disastrous events and community evolution.

In New Orleans, KKProjects took over “six previously abandoned structures: a former bakery, a storefront, and four 1800s houses” and turned them into “art projects involving the greater social ecosystem … to cultivate creativity and inspire the hearts, minds, and economy of the St Roch neighborhood and its visitors.”

The result is pretty thought-provoking, loaded with the weight of all that transpired after the hurricane swept through and the levees broke. The creator of the project says the neighborhood was barely standing due to abandonment after the storm. Running through it, intentionally or not, is also a sense of foreboding about the changes that are inevitably coming to the area, especially with post-storm gentrification.

“Agendas in general don’t work,” says Kirsha Kaechele, who runs the art program KKProjects, in a feature in Interview Magazine. “The agenda is a thing that is perpetually destroyed. But through that destruction, something really interesting comes up. I don’t even know what this project is, really, but it is a way to continue with this practice of expanding, of going into your fear and not languishing in comfort while creating some semblance of an ordered life, and a life’s work. But now the next frontier seems to be the uptown elite.”

Adaptive reuse of a kind, these buildings now have a sort of second life – lit up and reorganized to open up new conversations with the local community as well as the broader world of art and design.