Sometimes, architecture and design can give new meaning to places that are historically linked with conflict. Memorial sites, cultural centers, and museums can all transform the public’s conception of these areas, and now, a new watchtower in the Netherlands is doing exactly that. 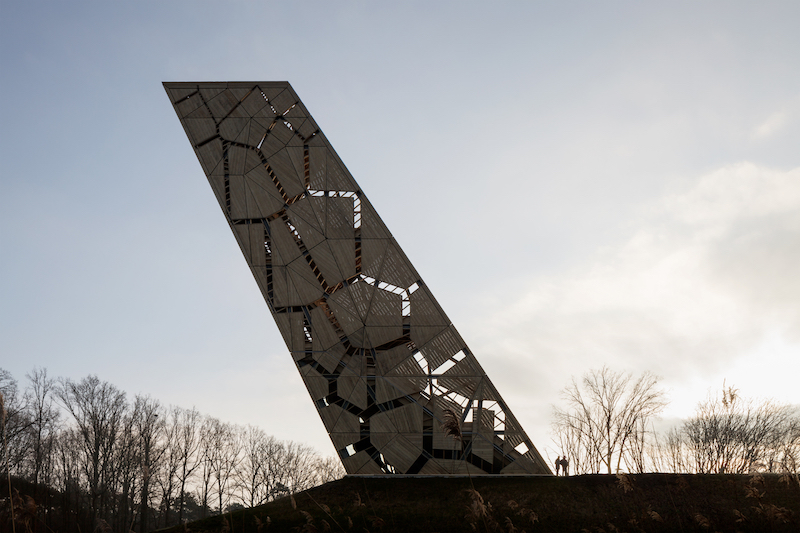 Designed by Dutch firm RO&AD Architecten, “Pompejus” is a wooden and steel structure located in the de Roovere fort, which itself is situated along the West Brabantse Waterline. This frontier historically protected the country’s trade system, which was heavily reliant on shipping.

Providing views over the surrounding landscape, the tower was named after the first commander of the fortress, Pompejus de Roovere. The architects further elaborate on the stronghold’s importance, explaining: “The West Brabantse Water Defense Line was built in 1627 to protect the important shipping route from Middelburg to Dordrecht against attacks by the Spaniards and the French. The line included the main fort, Fort de Roovere, and was the first landscape defensive work in which inundation was deployed as a defense strategy. Inundation is the submersion of the landscape so that armies can no longer pull through the landscape with their equipment.” 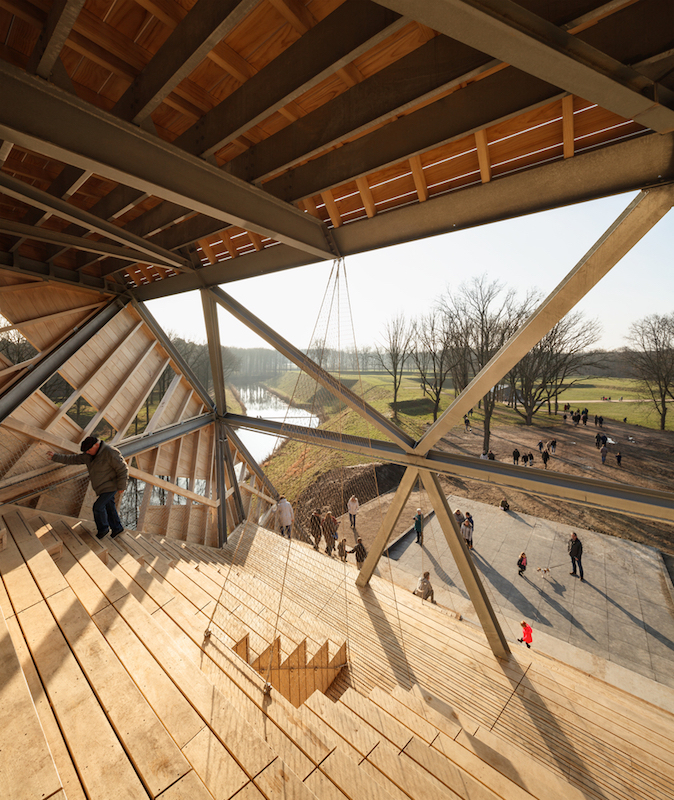 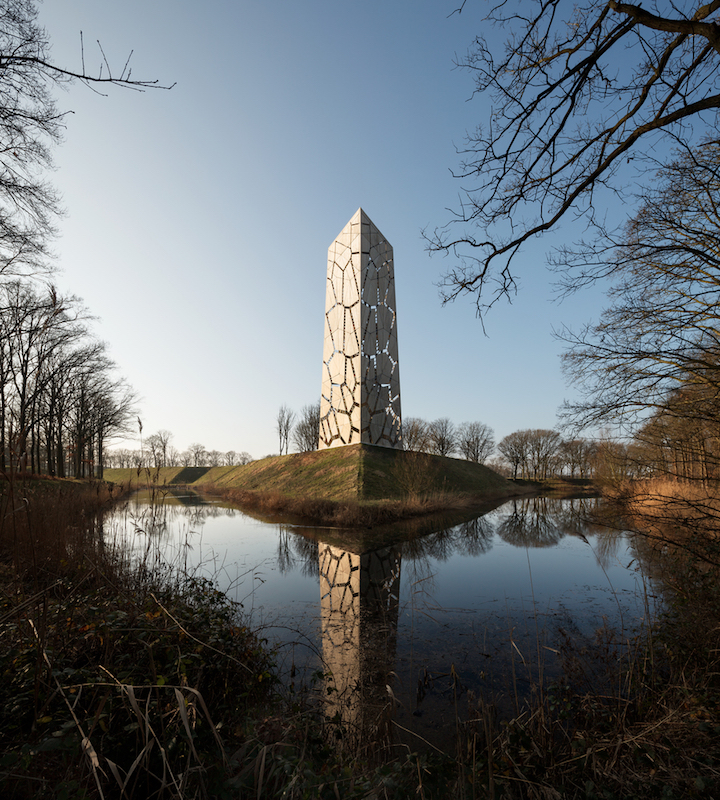 Playing on the idea of a defense fortress, RO&AD Architecten built its playful new space to resemble a watchtower. In reality, it contains a theater, an information center, and a lookout point. By creating a space for fun and entertainment inside of the fort, the architects are attempting to give it an entirely new identity. What once was the site of battle and conflict is now a hub for community and interaction. 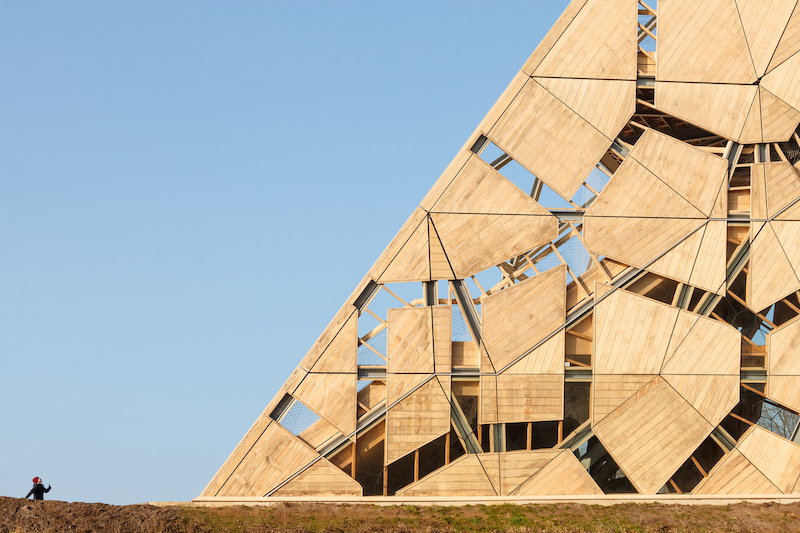 The tower itself is set at an almost impossible angle, leaning out over a steep embankment that rises up from the canal below. Constructed from a delicate metal frame and planar timber insertions, the tower was surprisingly not built off of traditional plans or drawings. Instead, it was (almost) improvised off of a 3D model and combined with prefabricated elements to achieve an almost skeletal appearance. Stretching 26 meters into the air, Pompejus provides space for 225 people to gather in and around its terraces and steps, which can also be used as raked seating for events.

Climbing the tower, visitors can enjoy a number of different vantage points as they move up the staircase, which twists around as they ascend. The exoskeleton of the structure allows visitors to see through gaps in the wood paneling — much like watchers in an actual watchtower might do. 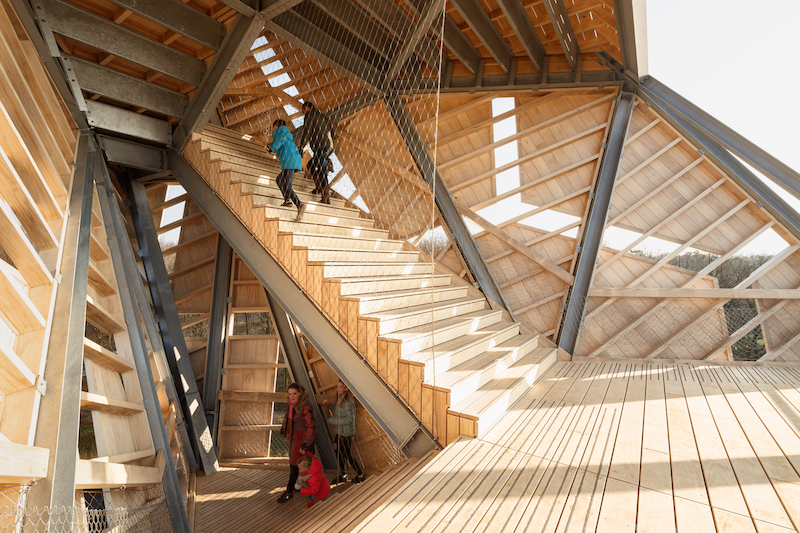 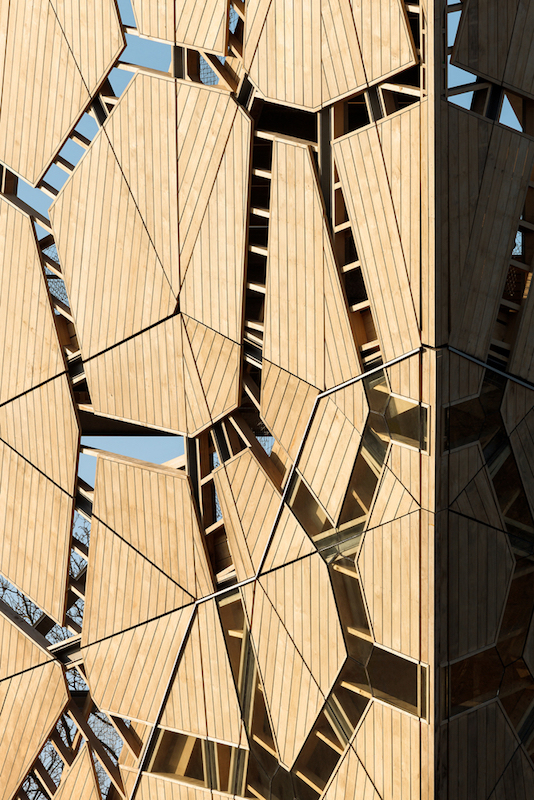 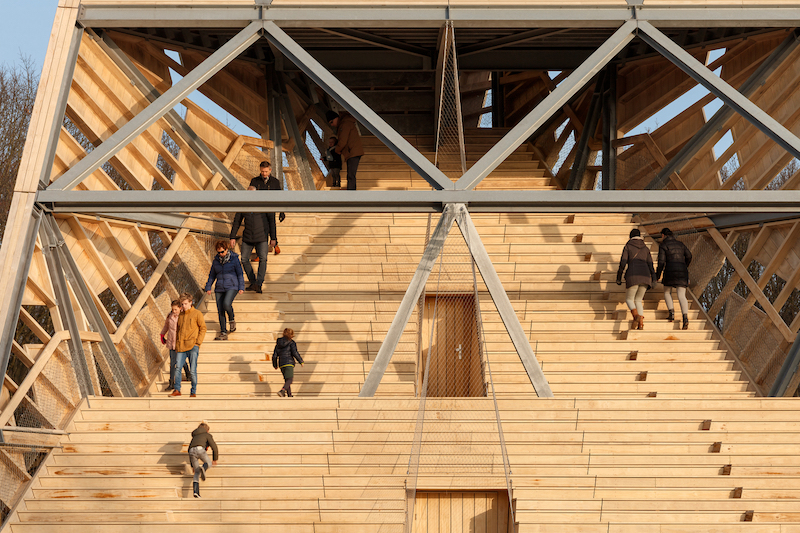 The local community has been heavily involved in the creation of Pompejus, mostly by way of a crowdfunding campaign that allowed locals to fund the project. Since its completion, it has become one of the area’s more popular tourist attractions. Local companies also paid for some of the building materials, and nearby schools sent students to aid in the construction process, allowing them to learn about different industries while supporting local initiatives. The success of the tower has even prompted a full program of events to be scheduled there — a move that’s sure to keep the community coming back long after initial appeal as worn off.