In urban Japan, where narrow lots are common, contemporary houses are often designed with layouts that differ dramatically from those found in Western domestic architecture. A sense of free movement is typically prioritized over the privacy of small, enclosed rooms, so instead of separating a tall structure into distinct floors, architects experiment with staggered levels that retain lines of sight across the house and allow daylight to filter down from top to bottom.

While personal spaces like bedrooms are usually at least partially closed off in these homes, a new home designed by Katsutoshi Sasaki + Associates takes the phrase “open concept” to a whole new level. 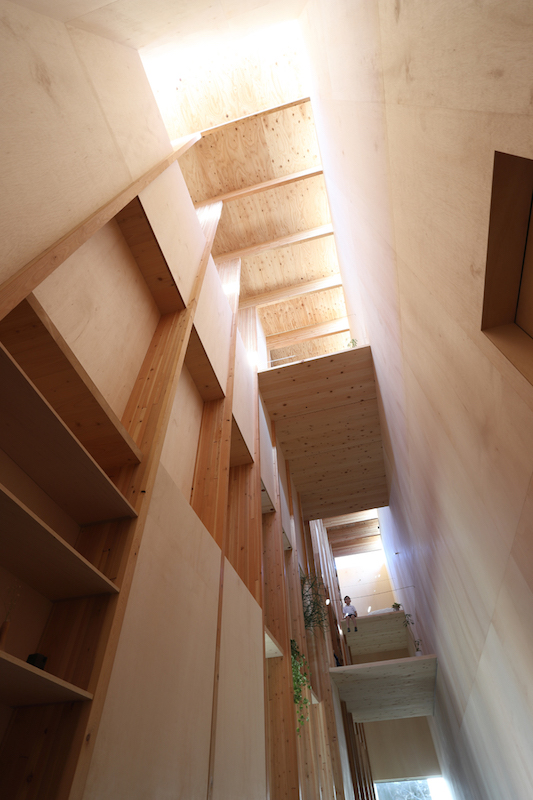 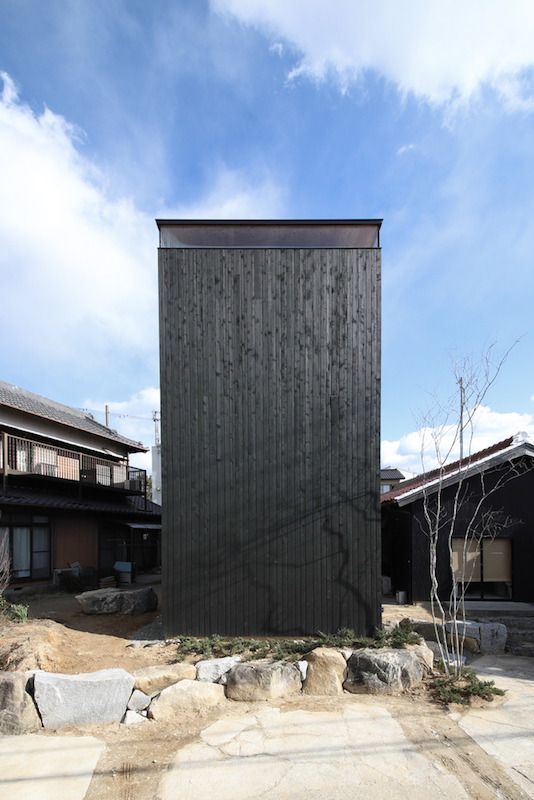 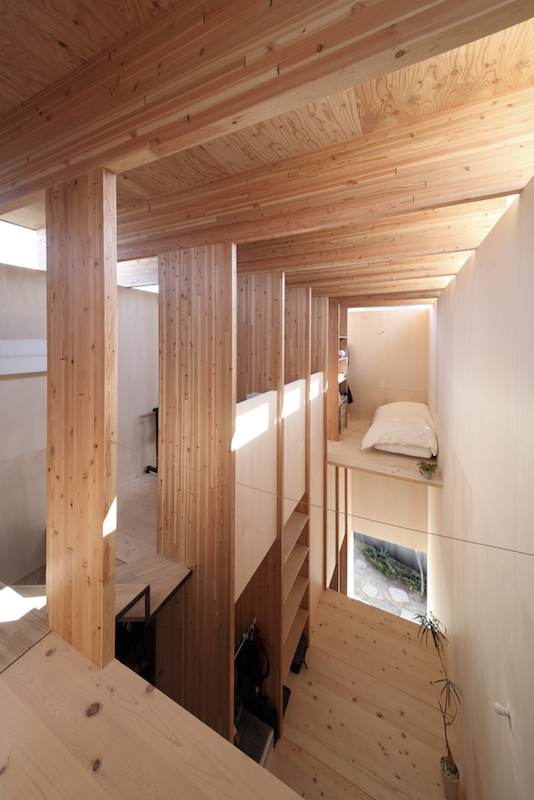 At 26 feet tall, “T House” towers over its more conventional neighbors on a quiet residential street in the city of Toyota, its black-clad exterior made even more formidable by its apparent lack of windows. Barely visible from the street, a narrow strip of glass just below the roof lets in light while purposefully directing the home’s inhabitants to turn toward themselves and each other for something to do instead of just gazing at the neighborhood outside. There’s a sense of collective introversion here, encouraging family togetherness within a sort of protective nest.

According to the architects, that’s exactly the idea. The home’s narrow profile makes it feel as cozy as a hug. Add in a floor plan that virtually eliminates enclosed rooms of all kinds, and you end up with a whole lot of bonding potential. The family members get “the sense of sharing the same space even when the dwellers are actually in separate rooms,” which are really just compact platforms that ascend from the ground level up toward the ceiling in a spiraling pattern. Each platform offers a place for the home’s various inhabitants to sleep, work, and relax. 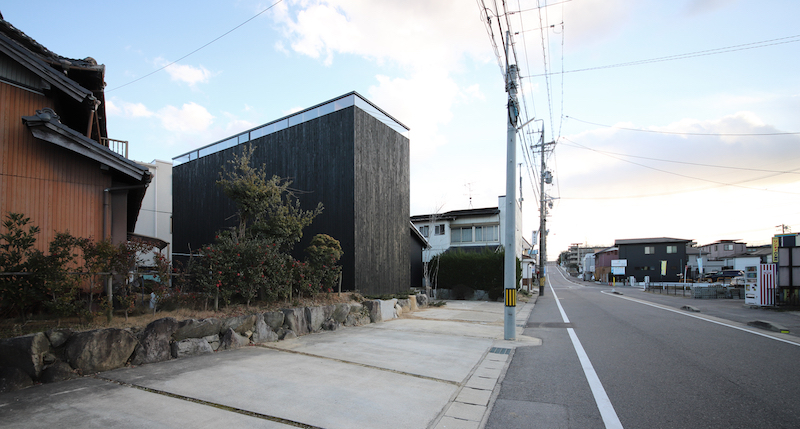 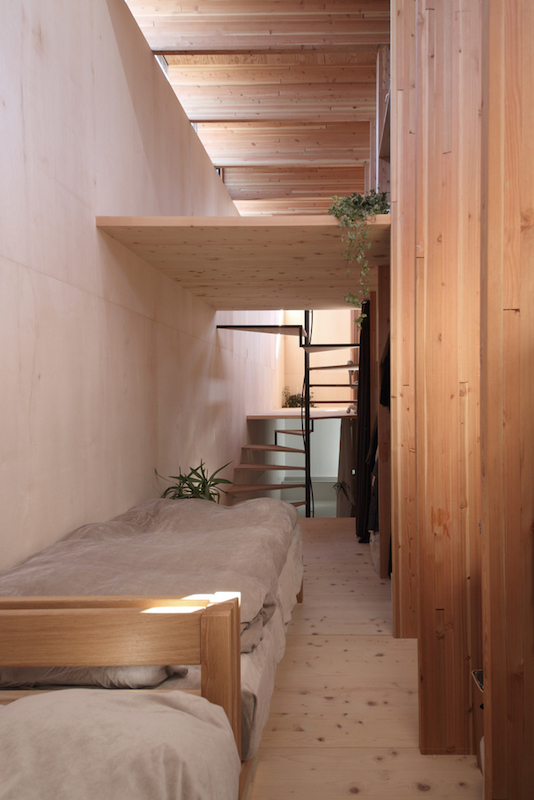 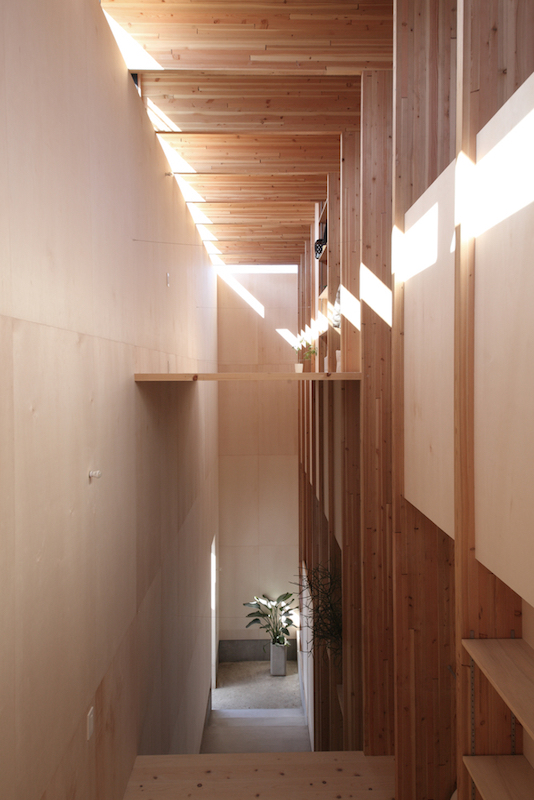 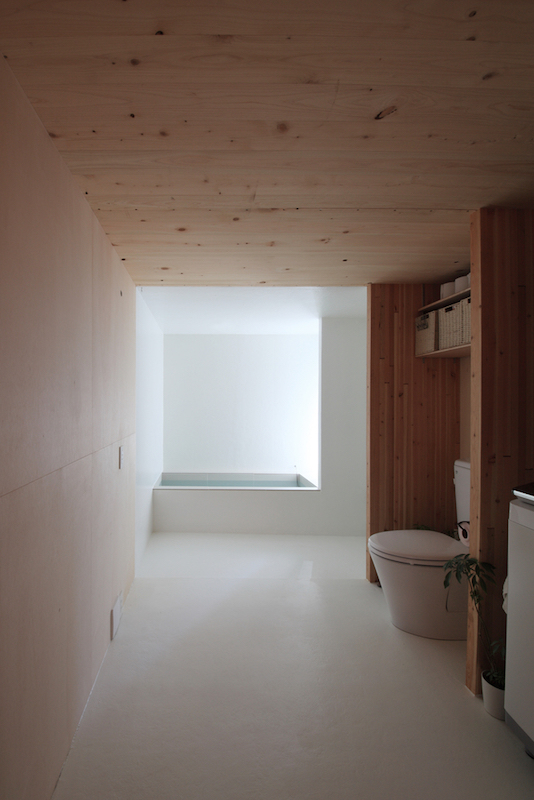 Of course, Katsutoshi Sasaki + Associates have also made room for interaction wth the world outside — albeit in a different way than you might expect.

“Additionally, the deliberately limited width of the architecture gives the comfortable margin between the living section and the office,” they explain. “The design at the scale that can easily induce activities around the house allows the everyday life and work, as the daily bustle, to connect to the atmosphere of the city. Here, the use of the residential architecture is expanded — a gallery, market and private lodging for interns from overseas. My intention is to make a private residence connected to the world beyond its original purposes.” 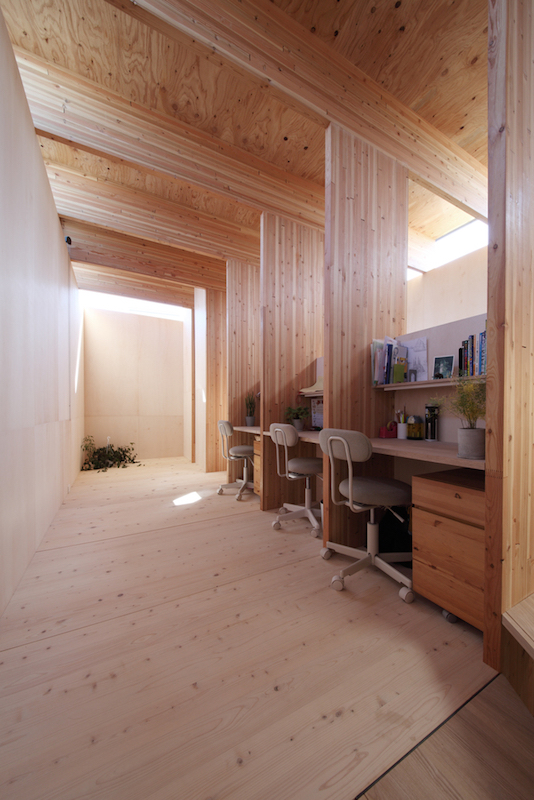 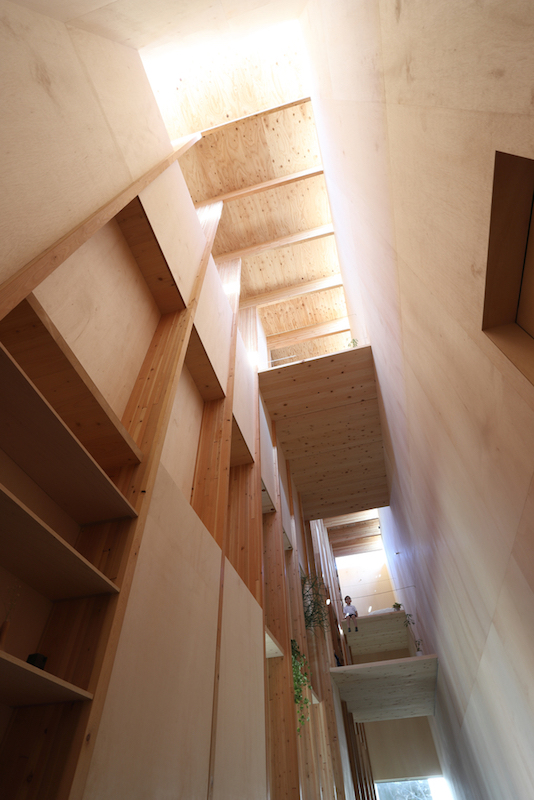 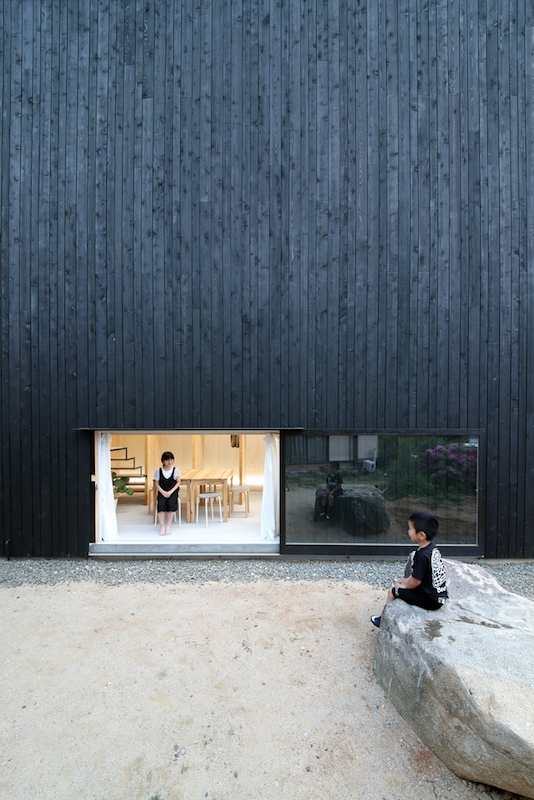 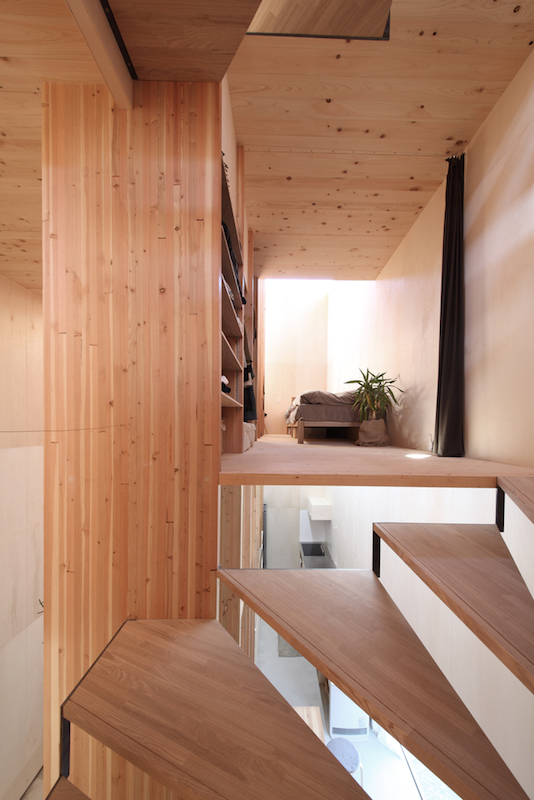 The interior is almost entirely lined with pale plywood, with plants spilling out from niches all throughout. Narrow, strategically placed slivers between the upper platforms help illuminate the lower levels, and the galley kitchen steps down into a garden through one of the home’s only apertures. The narrow width of the building makes it easy to support platforms at various heights without requiring heavy beams.

Designed for a couple with three children, the house will certainly offer a memorable place to grow up. The contrast between this stark modern structure and the traditional Japanese homes next door is striking, giving us an interesting look at the evolution of Japanese architecture over the centuries.