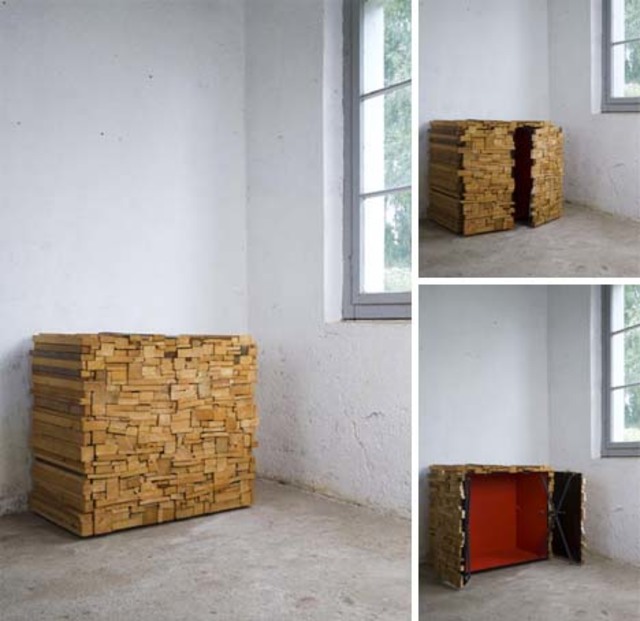 So they may not be precisely secret upon close inspection or serious reflection, but at first glance who would suspect a stack of two-by-fours to have a concealed set of doors or drawers? Particularly with this first rough-cut piece, set directly on the floor, the mistake would be easy to make.

This series of sculptural stacked wood furniture from BorisLab plays on pattern recognition. Our brains are conditioned to translate a sequence of long and short horizontals, properly aligned, as a set of stacked lumber waiting for use rather than a finished home furnishing. In this second item, though, the legs are a little bit of a giveaway.

According to the works’ designer, Boris Dennler, the main reference is to 1970s anti-design movements that sought to shake up recognizable shapes and forms. He also acknowledges inspiration, though, from a long-standing tradition of making secret rooms and hidden doors that dates back thousands of years. 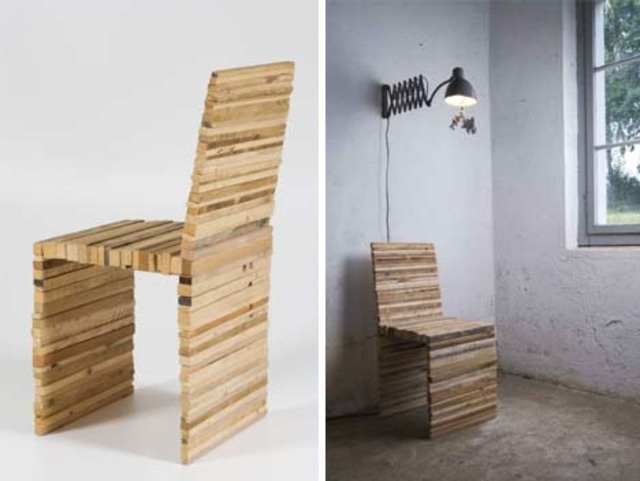 “Over the past ten years, Swiss designer Boris Dennler has developed a highly personal and playful form of design. A self-taught craftsman, Dennler navigates freely between styles and references; he is just as ease in recycling found objects as in shaping highly technical and precise forms.
An enthusiastic iconoclast, he relentlessly strives toward redefining the status of the object and its form, and has no inhibitions when it comes to opposing the appearance of a piece of furniture with its precise function.
To dim the light of his fist lamps designed in 2004, the membranes made of Tyvek® paper had to be crumpled and smoothed, thus redefining their shape with every use.”

“As an archetypical object of the upcycling movement, pictures of those seats were published all over the world -in blogs, interior design magazines and social networks. Wooden Heap, the most iconic piece of furniture imagined by the designer, is featured in the permanent collection of the Victoria & Albert Museum in London.”