If you’re trying to visually enlarge a small space, making the ceilings appear higher than they are is usually the way to go. Techniques that draw the eye up like uplighting and vertical lines trick us into believing a space is tall and airy. When a space is unusually narrow, the opposite technique works in a similar way. That was the case for this tunnel-like apartment in Tokyo, which Office Sugurufukuda was able to horizontally expand using an old movie trick. 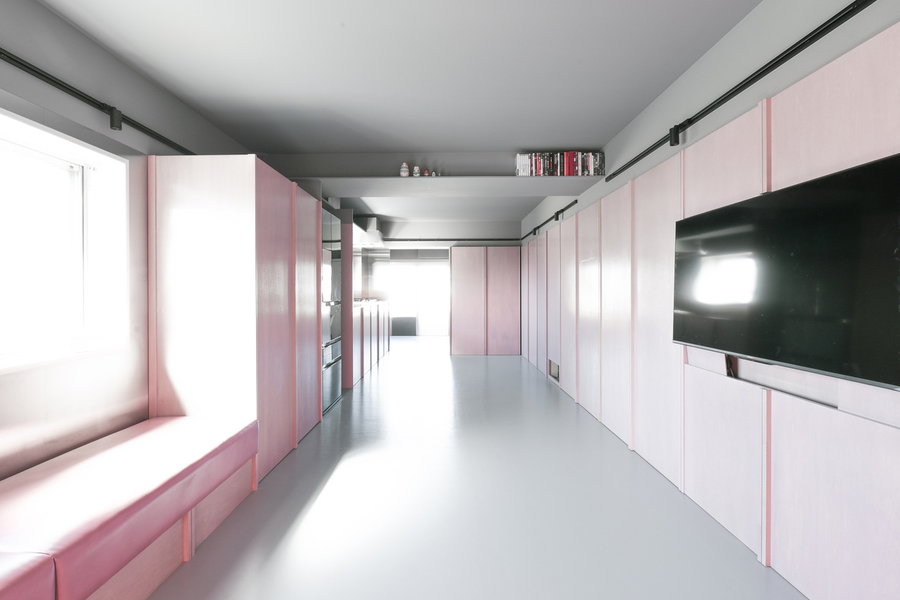 The existing layout of “404 Apartment” stretches from the front to the back of the building, with windows and balconies on the north and south ends. The common spaces like the living room, dining area, and kitchen are arranged along one side, with the private bedrooms and bathrooms on the other side. There was no way to physically enlarge the apartment, so optical illusions had to suffice. 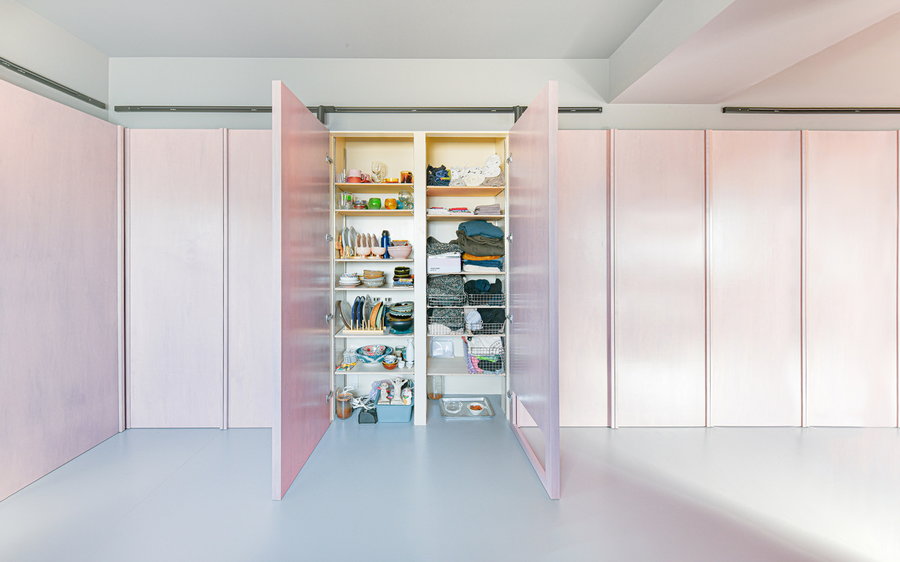 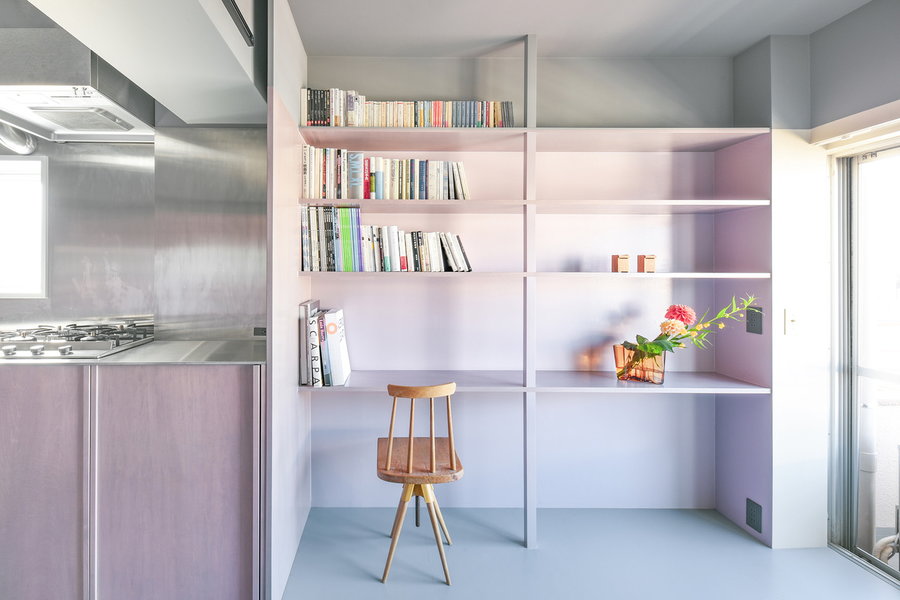 Color plays an important role in this kind of expansion. The architects painted both the floor and ceiling a medium shade of gray and used cherry blossom pink for the walls on either side. “By visually lowering the ceiling, the aspect ratio of the perceived space is crushed horizontally to 16:9, further emphasizing the lateral expansion of the space,” they explain. “The aspect ratio of 16:9 is used for movie screens and television monitors, and is a familiar frame image for most people.” 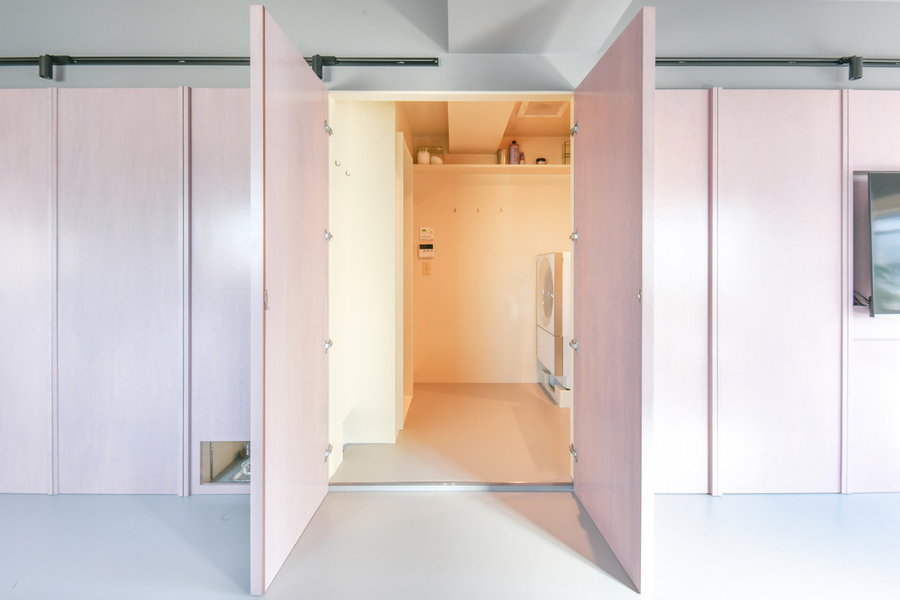 Since we don’t view the real world through angle-limiting frames, the architects applied the 16:9 ratio view of the space from just one end of the room. The placement of all elements, including furniture, counters, and doors, is optimized so there’s more to look at horizontally than vertically, with the gray ceiling “crushing” the interiors. Nearly every piece of furniture is built in, with just a narrow table and bench along the center. 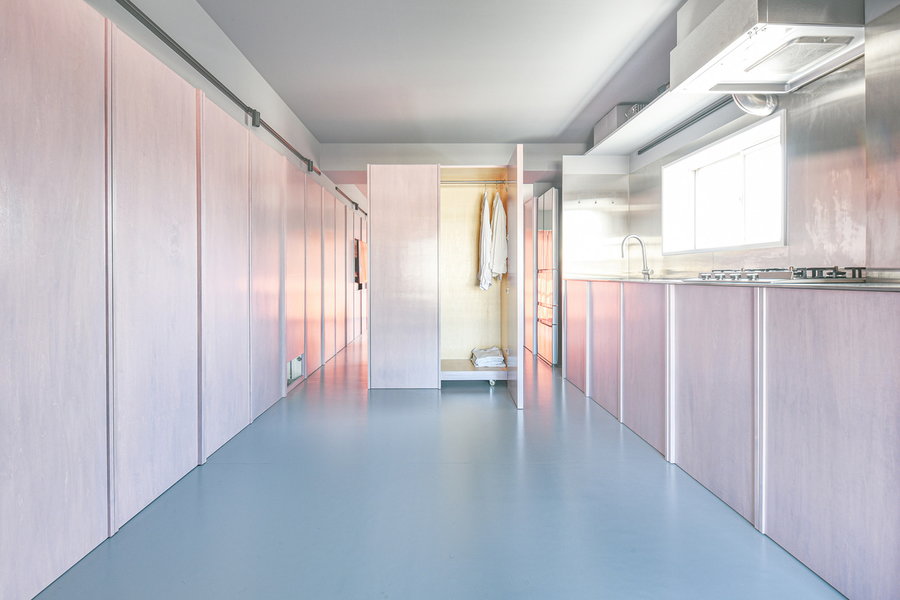 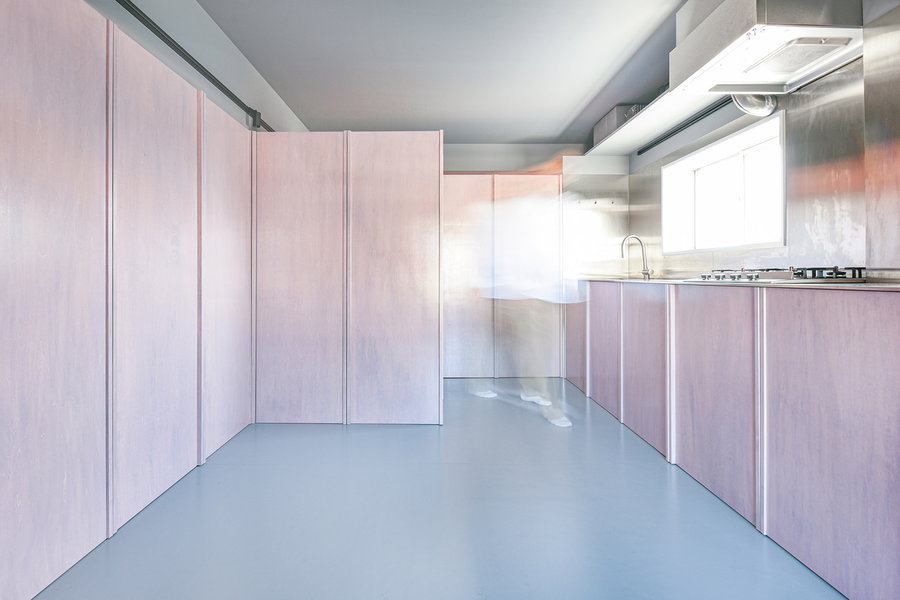 The pink wall panels are another visual trick. Some of these panels are actual doors to the bedrooms, bathrooms, cabinets, or closets, while others are just in place to make it seem like there’s more to the space than there really is, kind of like a movie set. The pink shimmers and catches the light, further guiding the eye along that horizontal line.

The team adds that “each of the cherry-red walls lies about its own role. They are not only walls, but also fixtures, wall decorations, and furniture. In short, a single component has multiple roles, but since they are all composed of the same details, finishes, and modules, it is sometimes difficult to tell which is a wall and which is a fixture. If we recognize it as a piece of furniture, we feel that even a mere wall is somehow intimate.” 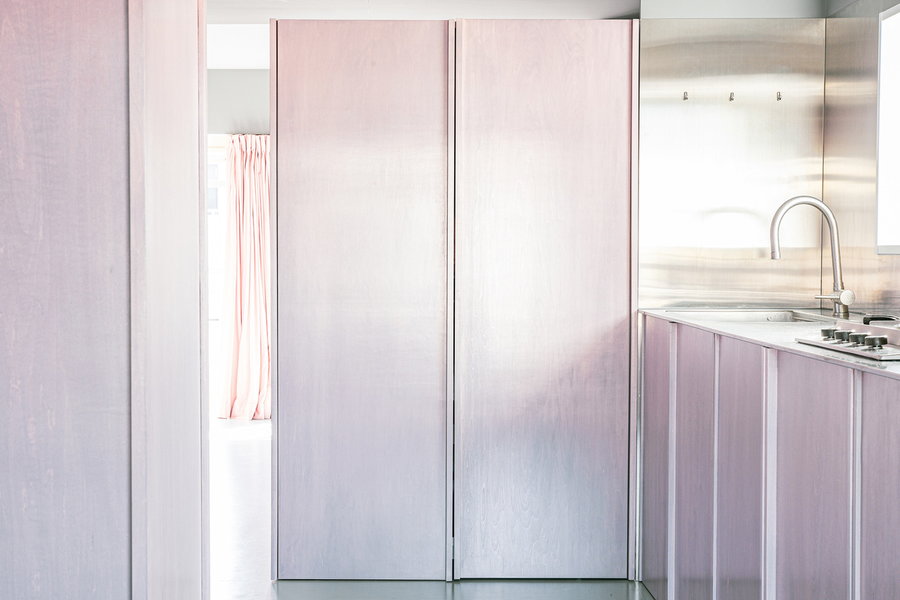 If the space feels a little bit futuristic or reminiscent of a sci-fi movie, that’s also intentional. “This room, with its slight eeriness and discomfort in the midst of everyday life, is perceived as more expansive than reality,” they say. 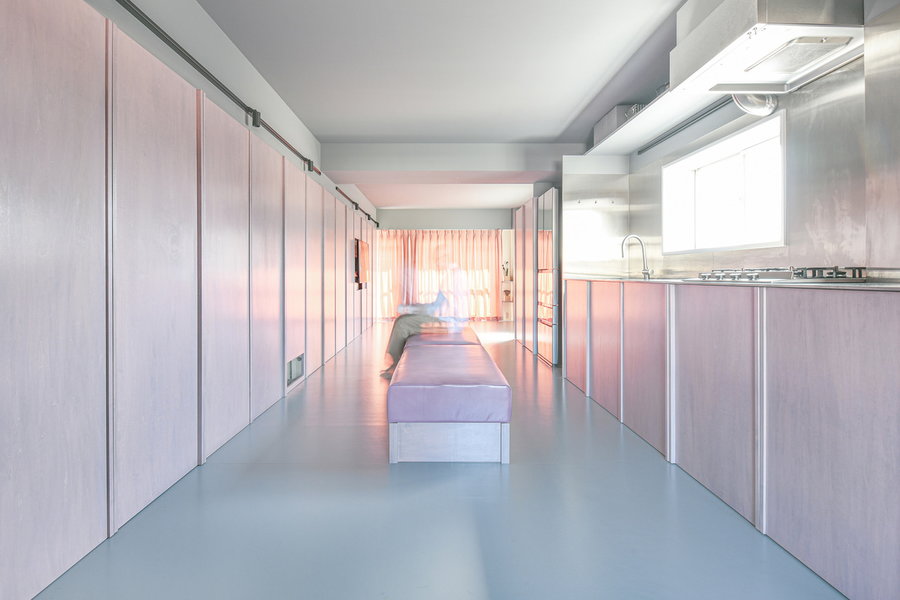 Sugurufukuda’s 16:9 aspect ratio follows common advice to use eye-catching, reflective materials in the center of the space and darker contrasting colors above and below to change how narrow or wide the space is perceived. If you have plenty of horizontal space but the ceiling is lower than you’d like, just flip those colors, with the lighter, more reflective shade on the ceiling. It’ll catch the light coming in through the windows and make the whole area brighter.