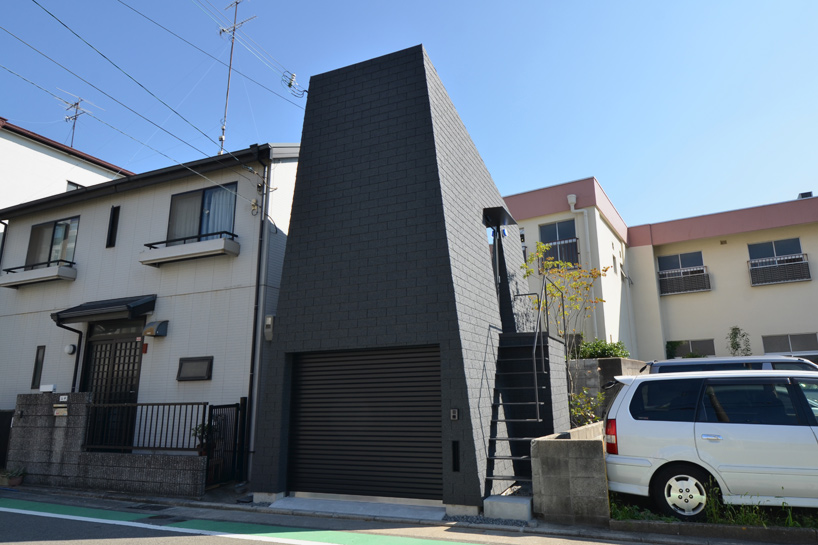 A striking black mountain-shaped volume rises from a residential street in Hyogo, Japan, taking maximum advantage of a tiny plot that also needed to house a large four-wheel-drive vehicle. Reserving the ground level as a garage, “Mountain House” feels incredibly solid yet seems to hover at the same time. Stairs offer access to the glass front door and the spare, utilitarian interior. 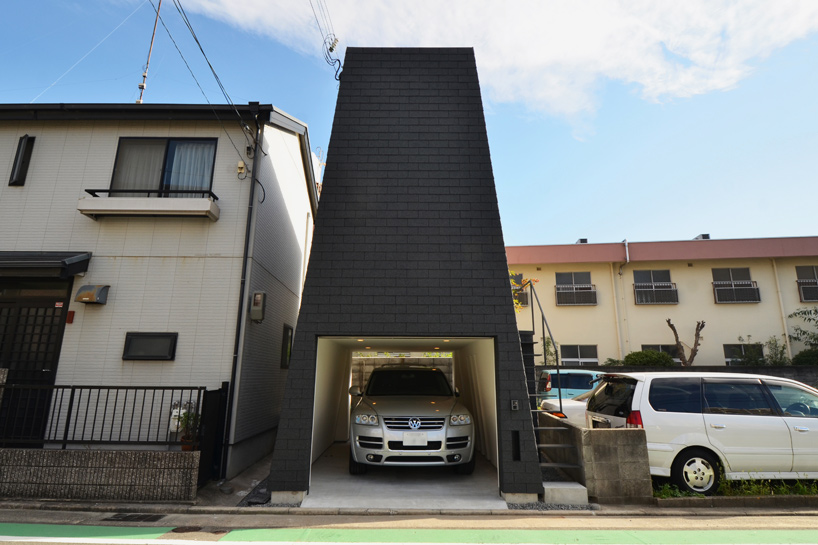 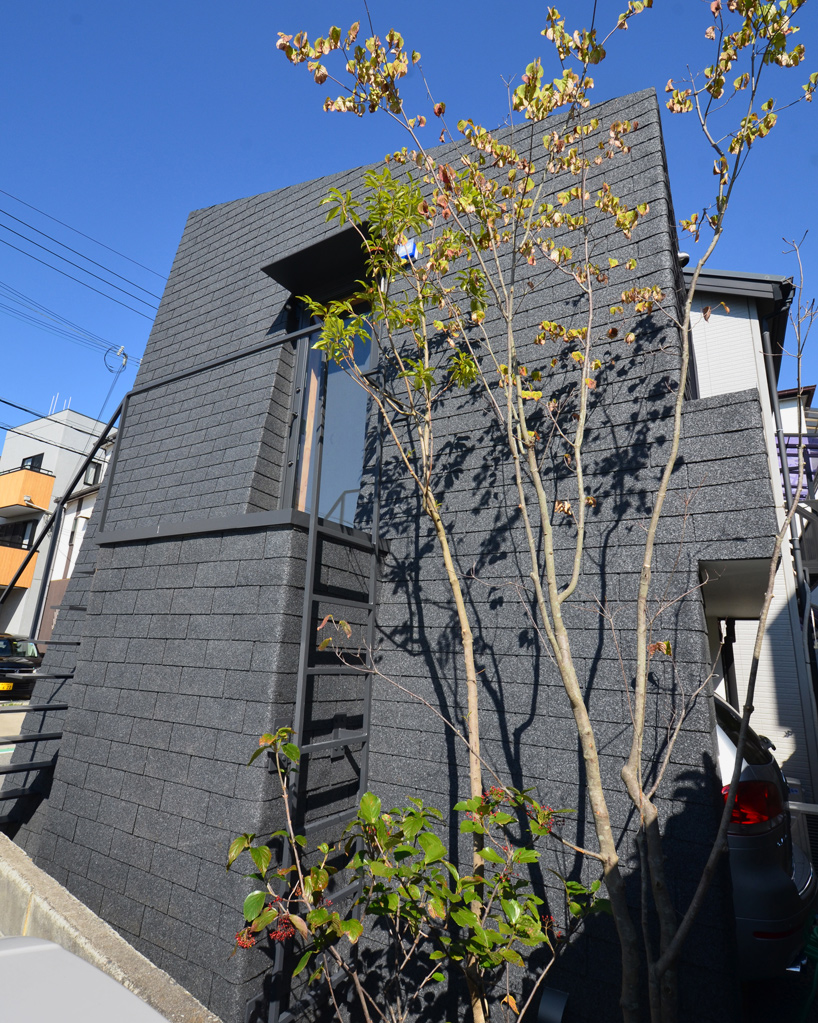 Nearly the entire roof is taken up by a pair of skylights, which fill the home with daylight despite its heavy, dark appearance from outside. This setup also ensures that the house’s windows aren’t looking directly into those of the neighboring buildings. 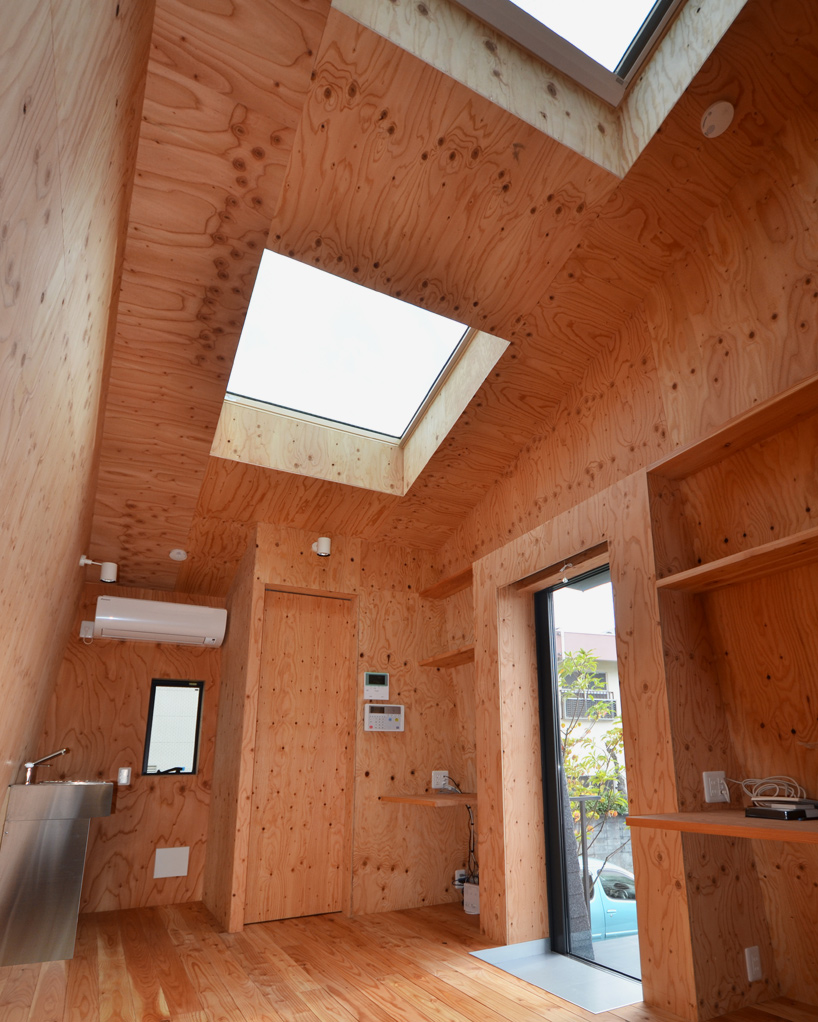 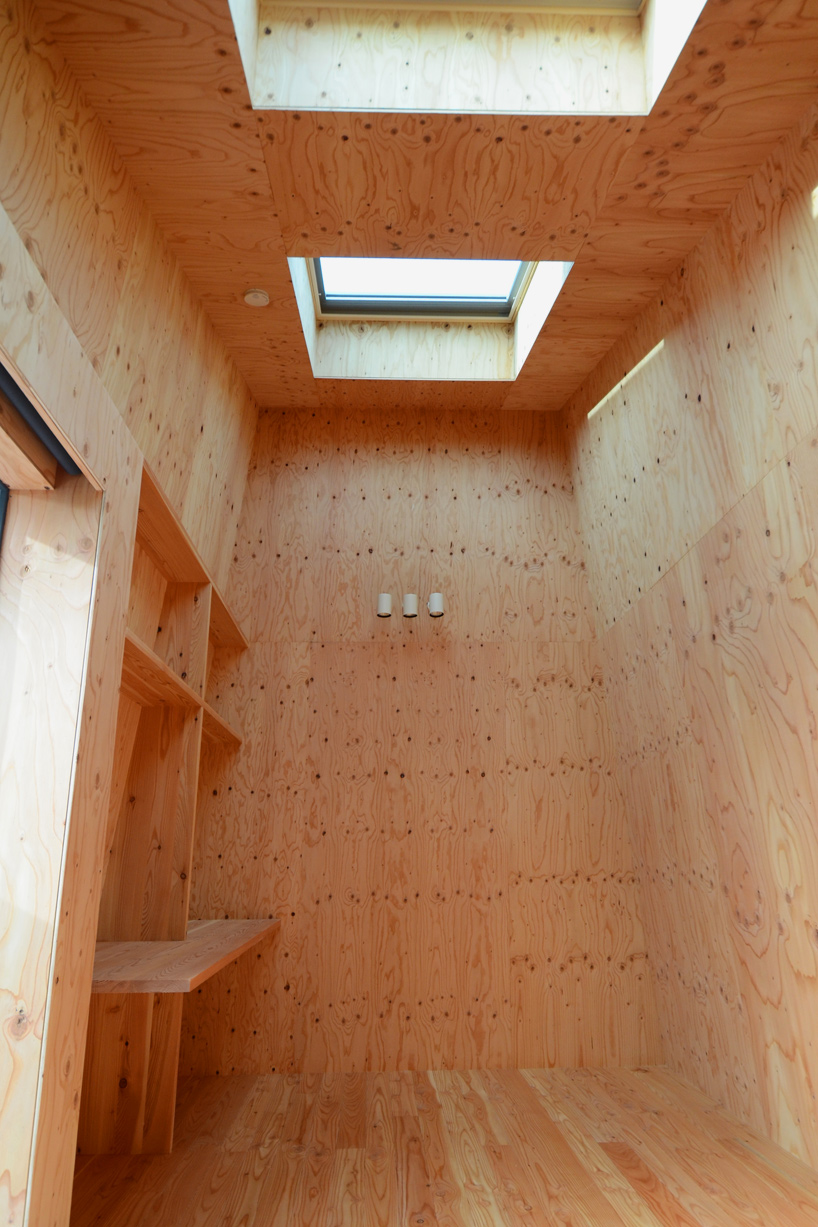 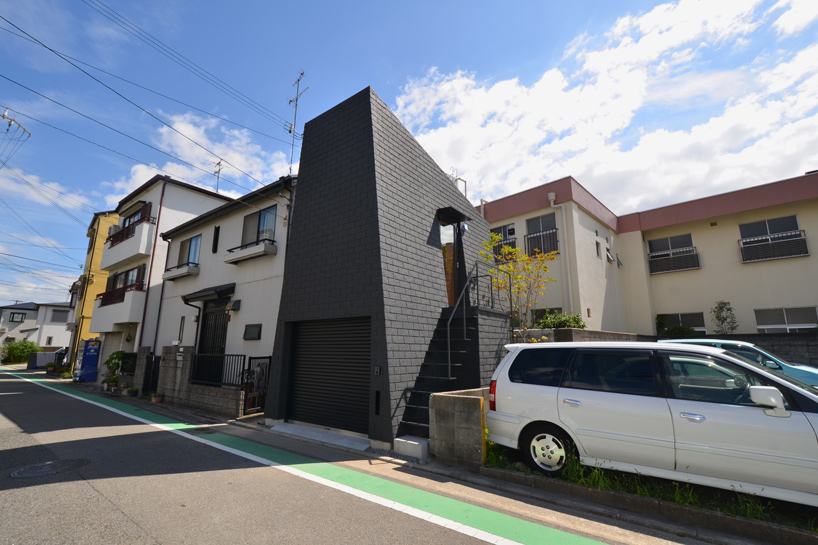 Plywood lines the walls and ceiling, and create built-in shelving for storage. The house and roof were made of the same material, as well, keeping costs very low. While a home this small and minimalist can’t offer much in the way of luxury, many Japanese home seekers find similar compact single-family structures to be an affordable compromise between apartment living and owning a stand-alone home.

More from the architects

“This compact wooden structured house with inclined walls is located in a residential neighborhood in Hyogo, Japan. The two requirements from the client were to have enough space to park a large four-wheel drive car, and not to be bothered by neighbor’s gaze while relaxing in the house. In order to fit the large four-wheel drive car in the small site of only 27 square metre, the plan was to utilize legal maximum floor space, which lead to build the walls as close to the neighbors as possible.”

“The inclined walls are to ease the eyes of an oppressive closely built house. The roof and walls are the same material to create a one mass volume like a mountain. To fulfill the clients’ request to have a private relaxing house, the main window was made on the roof. Since the roof was made small by the house’s shape, it allowed the roof to mostly be window, which allowed for plenty of comfortable sunlight.”