Throughout Iceland, travelers will find little black “turf houses” with grassy roofs, which often extend all the way to the ground on either side to form one continuous green plane. These traditional farmsteads evolved from the longhouse, a tradition brought to Iceland by Nordic settlers in the ninth century. Turf is an economical way to insulate structures in cold climates, and it looks beautiful, to boot. Fewer houses are built this way today, but some architects are breathing new life into the tradition by adapting it for modernized homes. 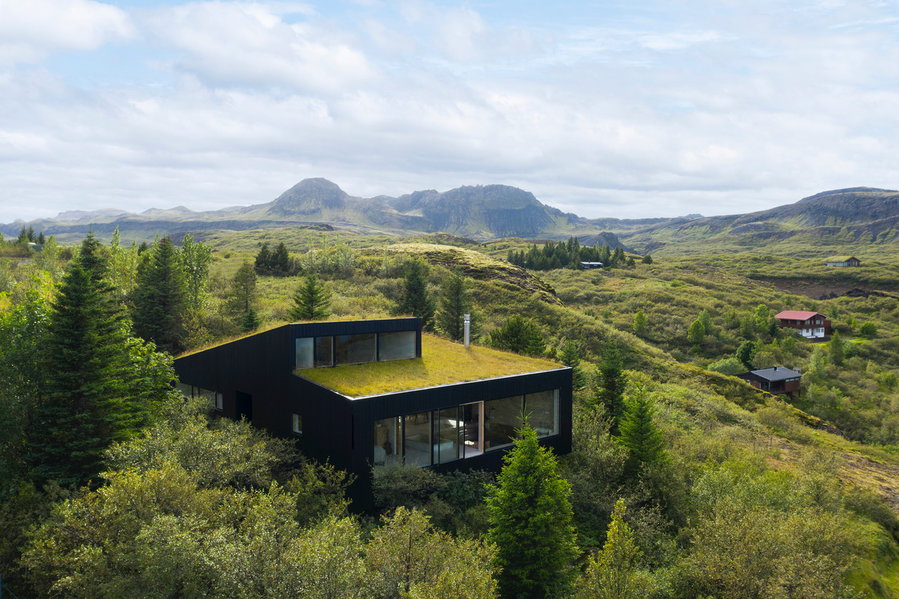 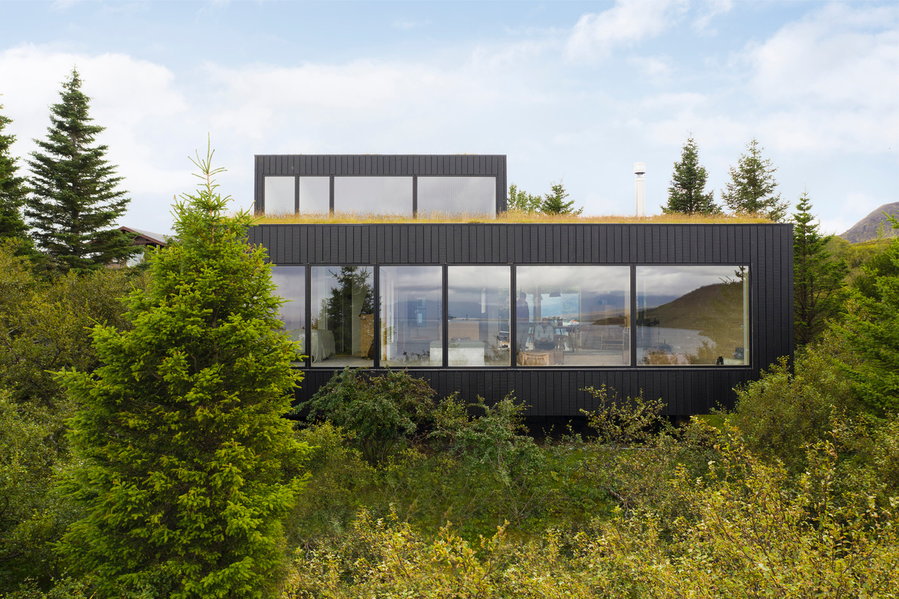 That’s what architecture firm KRADS has achieved with its “Holiday home by Þingvallavatn,” which perches on a densely vegetated hilltop sloping in the direction of Lake Þingvallavatn. This lush, intensely green landscape, with views of viridian and black hills in the distance, informed the shape, appearance, and layout of a vacation home for a couple. The design consists of three staggered planes following the contours of the terrain, almost as if the home were a natural extension of the hill. 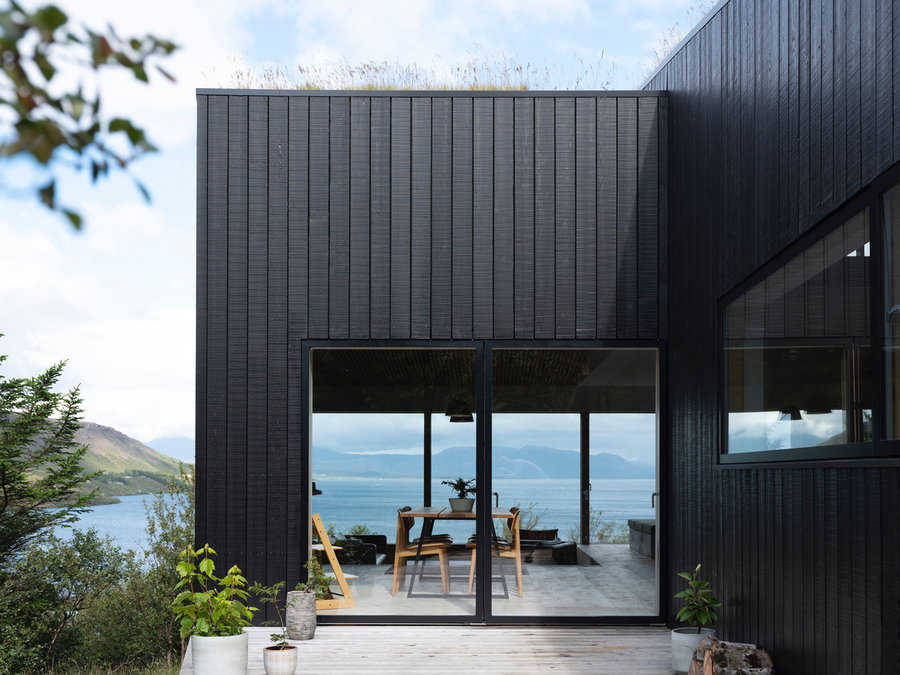 “An essential part of a good building is a good client, they say,” explain architects Kristján Örn Kjartansson and Kristján Eggertson of KRADS. “This general principle felt particularly present in the process surrounding Tina Dickow’s and Helgi Jónsson’s holiday home. As performing artists, they showed an unusual understanding around the creative process, and all the aspects it involves. This led to a journey that was characterized by an enthusiastic exchange of thoughts and ideas which were anchored in a common understanding of materiality and general expression. This created an atmosphere of mutual trust and openness between the architect and the client that one rarely experiences. We hope this feeling is conveyed in the finished house.” 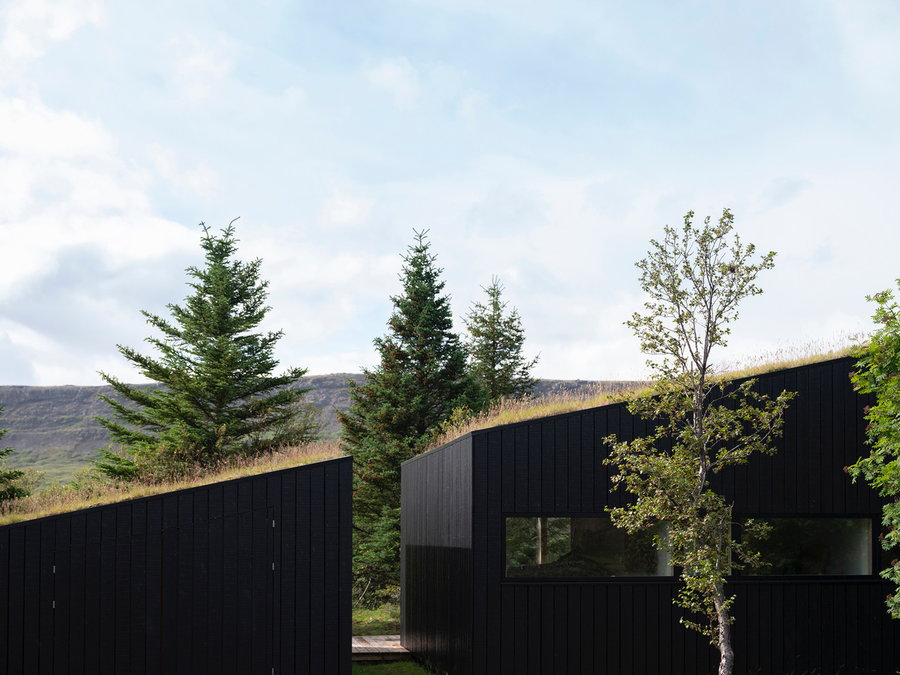 The north-facing facade of the home faces the sparkling lake, poking up and out of the hill like new growth. The roof, planted with grasses and moss in the Icelandic turf house tradition, slopes down toward the ground on the south side, interrupted by a void that separates this section of the building into two volumes. KRADS designed the layout to take full advantage of the lake view while integrating the home into its surroundings. A southwest-facing terrace ringed by trees provides peeks of the mountains Jórutindur and Hátindur. 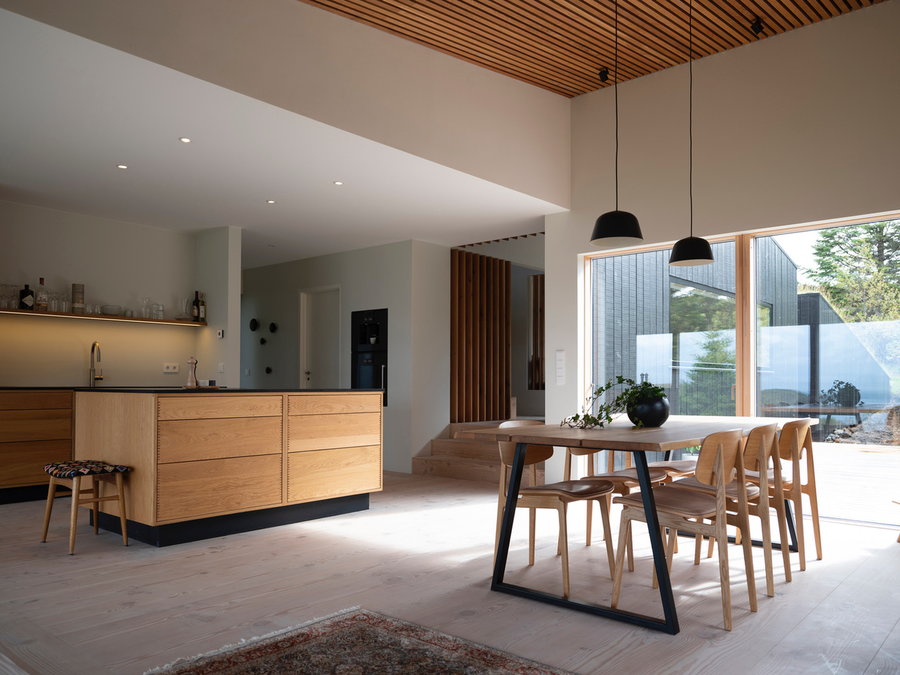 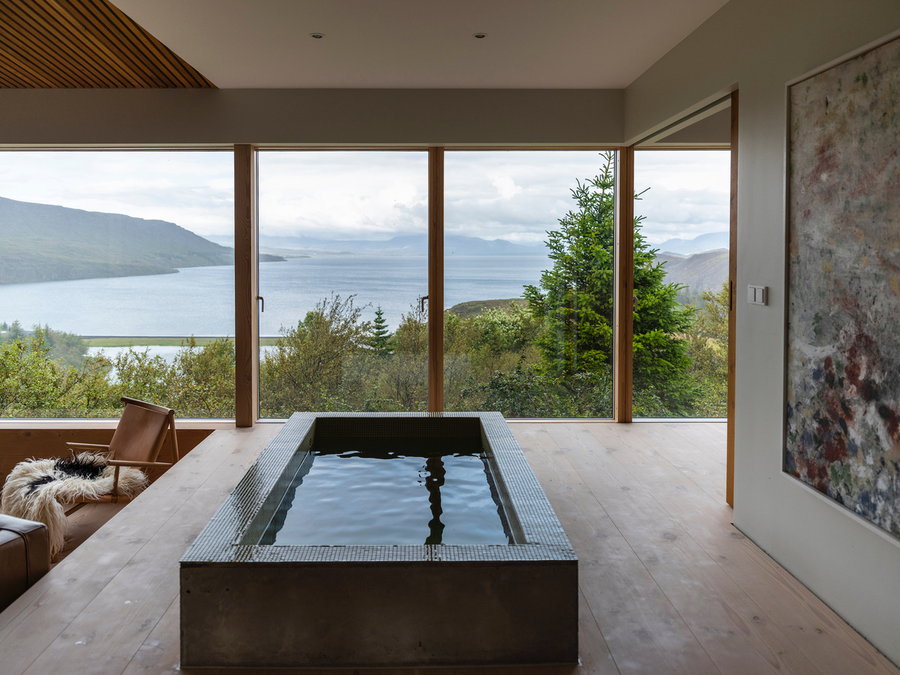 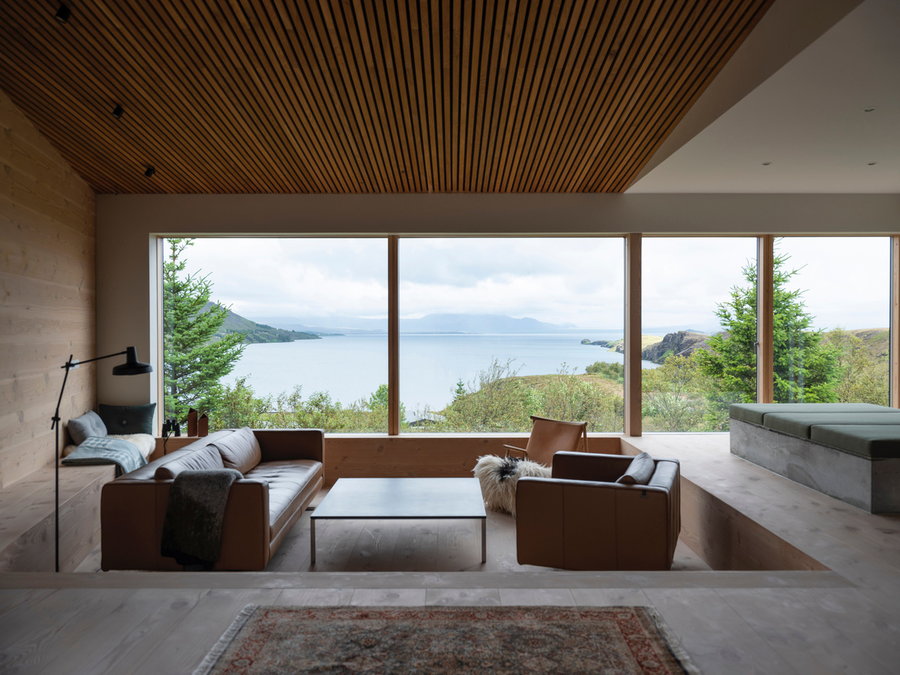 The design team explains that “apart from the terrace, the immediate surroundings of the building are so densely vegetated that they are close to impenetrable. Preserving the landscape as pristine as possible was a major intention in both the design process and during the construction of the house. In return, the greened roof is established as an accessible plane. Access to the roof can be gained from inside, from the house’s sleep and play loft, or from the outside where the slope starts at the foot of the integrated boat shed. Following the ascend, standing at the top of the roofs edge above the trees, the landscape opens up in a magnificent and ever-changing panorama towards the lake and the surrounding mountains.” 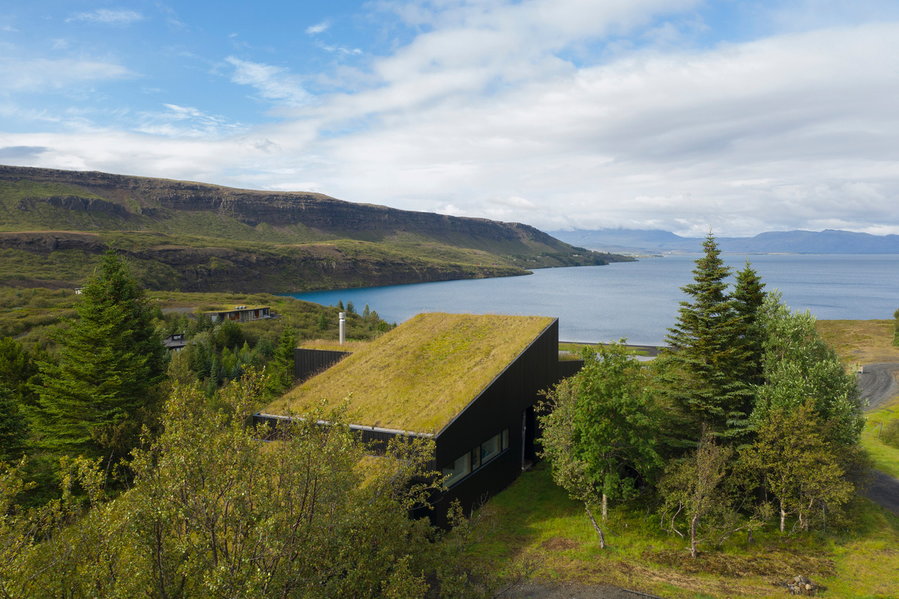 Inside, an older turf home dating back to the 18th century or earlier would most likely consist of either earth, stone, or timber panelling (usually imported, since Iceland doesn’t have a lot of timber of its own). But this home is all contemporary luxury with its smooth white walls, whitewashed wood floors, and timber details. A sunken living area and an adjacent tile-clad tub hidden beneath bench seating enjoy some of the home’s most stunning views.