On a street corner in Montreal, a marvelous installation has appeared: the face of a giant monster, complete with a dangling 3D tongue. French-Canadian artist Danaé Brissonet completed the part mural, part giant puppet project on Boulevard Saint-Laurent in collaboration with Poncili Creacion, a group of puppeteers who brought the building to life for just two fifteen-minute shows. The effect is both trippy and spectacular, prompting passersby to stop in their tracks and take it all in. 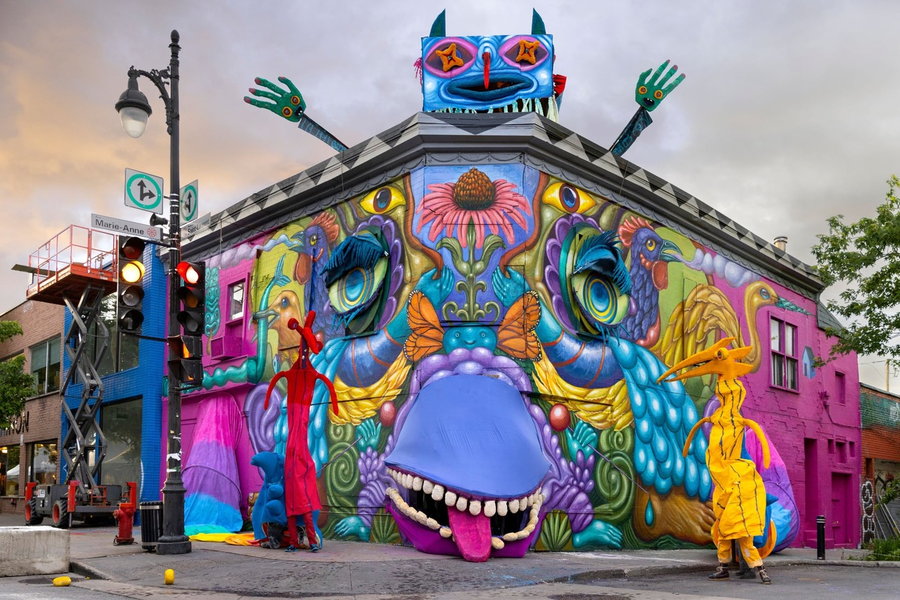 The corner of the building acts as the face, while the main entrance is now the mouth. The eyes are adorned with enormous blue eyelashes. On either side are two giant arms made of tubular rainbow fabric. Overhead, a second vaguely owl-shaped creature appears to pop up out of the roof, waving its arms. The rest of the facade is covered in a brilliant paint job by Brissonet. 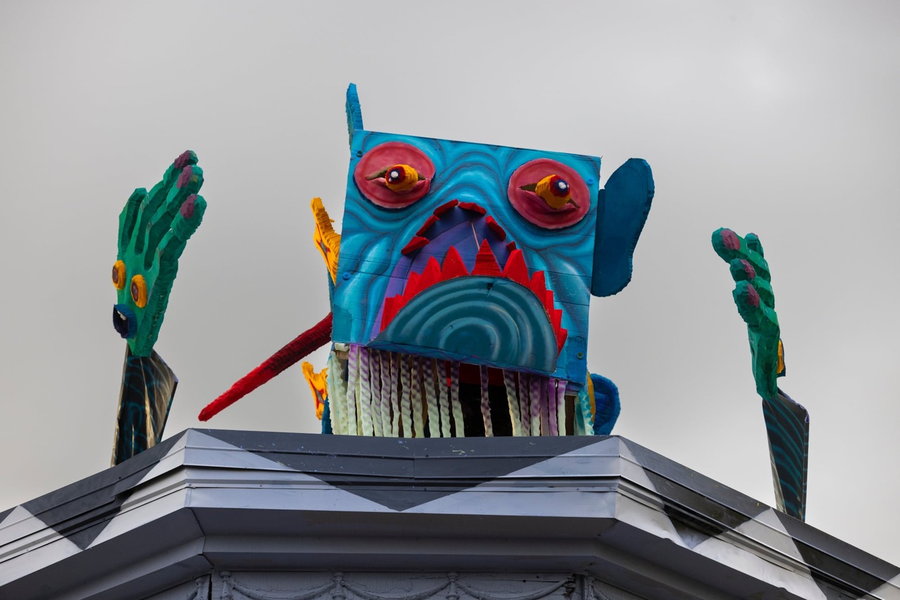 On Instagram, the artist explains that the rainbow arms came from damaged sheets from Delta Hotels. Her father installed the plywood for the windows and helped mouth the puppet mouth, while local artist Philippe St. Denis helped paint, glue, and cut the puppets, and fabricated a rotating mechanism for the head on top to allow it to spin (its nose even twirled!). For the performances, the puppets moved and spoke to a live soundtrack of violins and drums. The theme of the show was digestion, hence the giant mouth.

“Puppet making, painting, laughter, a broken nose, and a concussion, it all happened far so quickly!” says Brissonet. “This project was the definition of a collaborative effort and would have been impossible to do alone. I was so fortunate to have the support of my family, blood and otherwise to help me. This process was so special, but far too short. All this effort for only two 15 minute shows. It felt like the Monks making mandalas out of sand, only to be blown away soon after it was finished. It has taken a minute to digest all of the blood, sweat, and love that went into this piece. My psychic intestines are still full.” 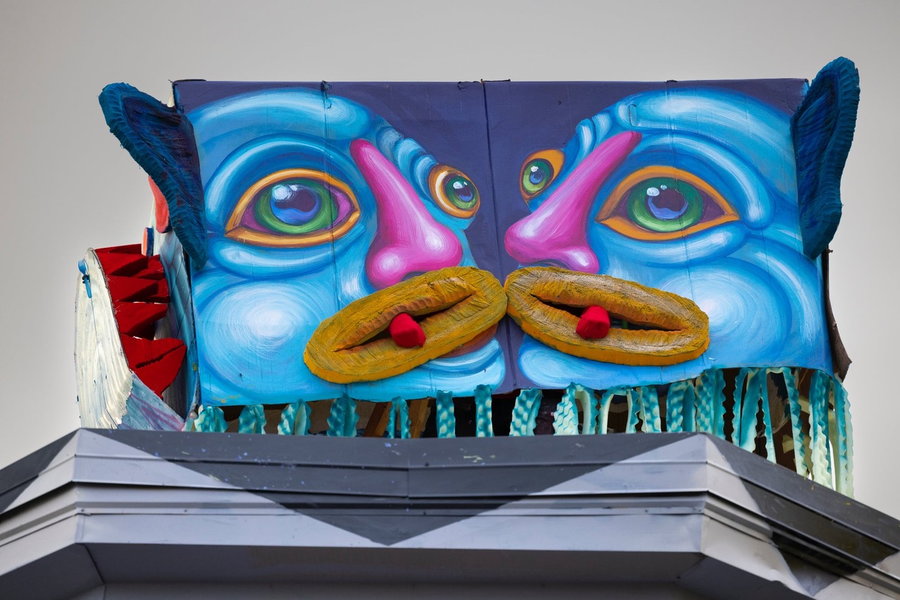 “I love to paint but most of all I love to create an experience, this is where I can reach full satisfaction of my work, when I appreciate interaction and when a piece of art is moving. I’ve always been fascinated by automated marionettes and folk art. I think it is the best art on the planet, especially when it can reach the imagination of children; nothing touches my heart more. This is the beginning of a new era, who knows what dreams can come true? Maybe one day we can transform an entire city into puppets, bringing it to life like never before!” 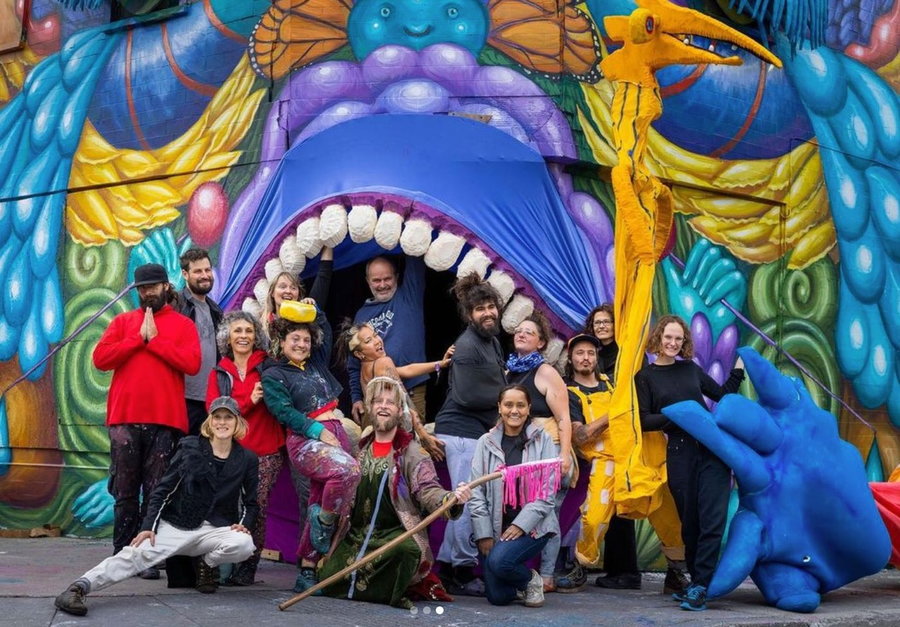 Danae Brissonet is an international artist from Quebec, Canada known for incredible public murals, masks, illustration, and puppetry. Her work is often inspired by colorful folk art from Mexico, Puerto Rico, India, Spain, and Morocco and invites the viewer to consider the power of symbolism, myth, and metaphor.