In many woodworking traditions around the world, wedged mortise-and-tenon joints have long been a way to join wooden components without the use of glue or metal fasteners. Basically, driving in wedge-shaped bits of wood exerts enough force to keep two or more pieces locked together. The results are strong, durable, and visually beautiful. 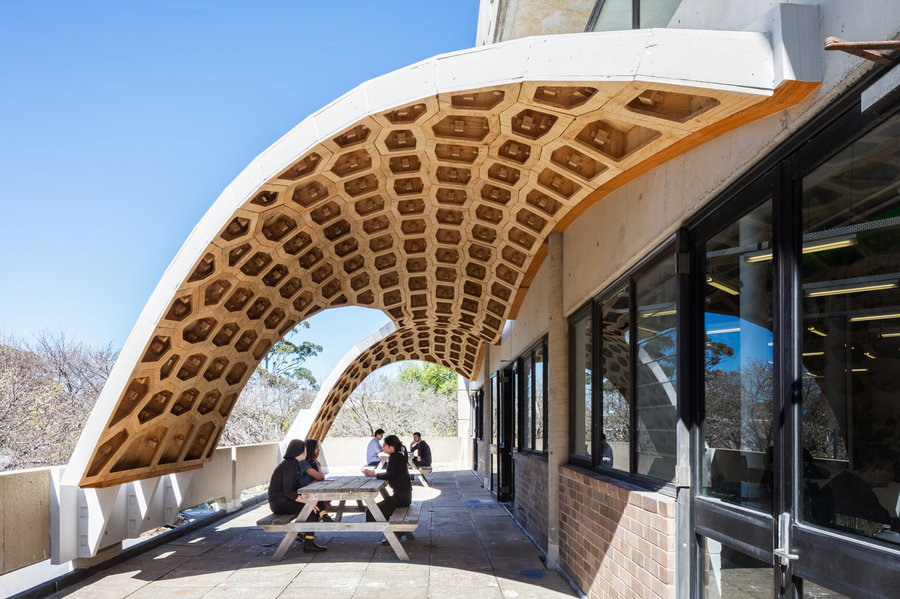 For novices, however, crafting this kind of joinery can be hard to pull off, whether you’re putting together a table or a much, much larger structure. So when companies produce kits that make assembly with wedge joints a snap, it’s always notable — especially when the resulting structures look this cool.

The HexBox Canopy is a modular system of prefabricated hexagon-shaped boxes made of laminated veneer lumber (LVL) plates that join together into beautiful undulating pavilions. The components all have slightly different shapes and sizes, coming together sort of like a puzzle to form rounded shapes. That makes it possible to build arched spatial structures like vaults and domes without the use of concrete or vertical supports. Plus, it eliminates some of the trickier parts of building vaults and domes the conventional way, like the use of formwork. 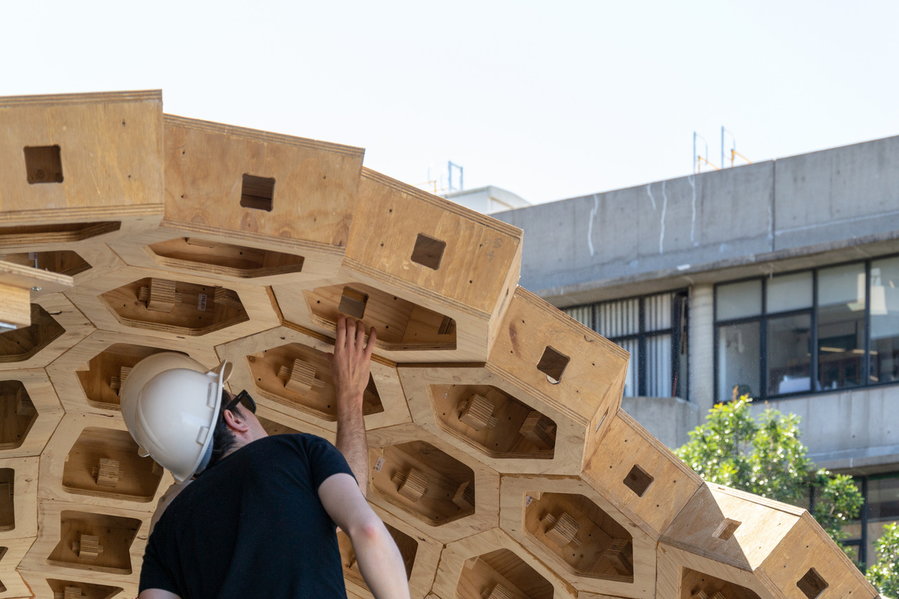 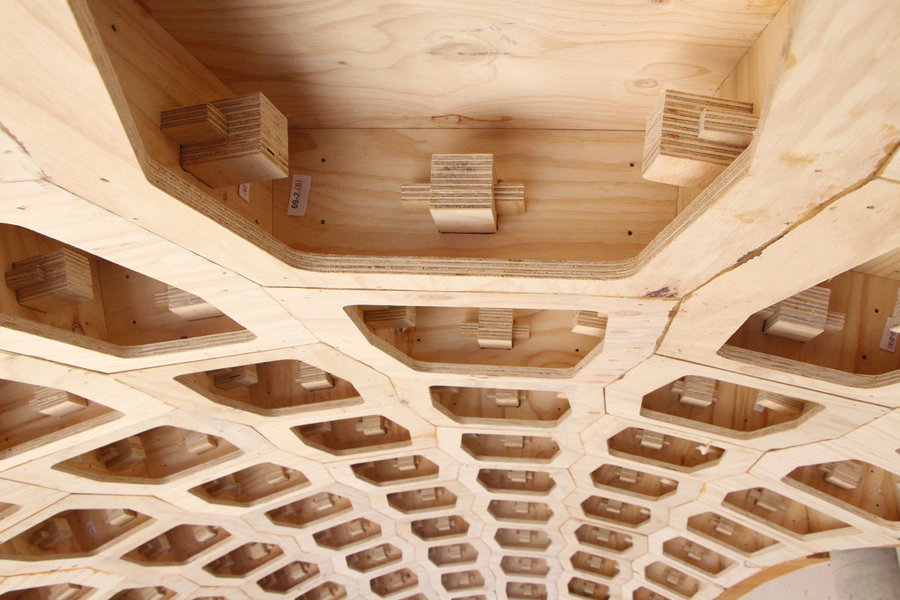 HexBox aims to rethink that building process altogether, taking advantage of the innate strength of newer forms of engineered timber. Since drawing, calculating, and cutting the components by hand would be far too complicated, each structure starts with computational design and digital fabrication techniques, both of which serve to automatically plot out the shapes and sizes of the elements, which are in turn robotically cut in a workshop.

The thin plates of the plywood boxes themselves are still glued together, but to connect each modular element to the next, the wedge joints come into play. 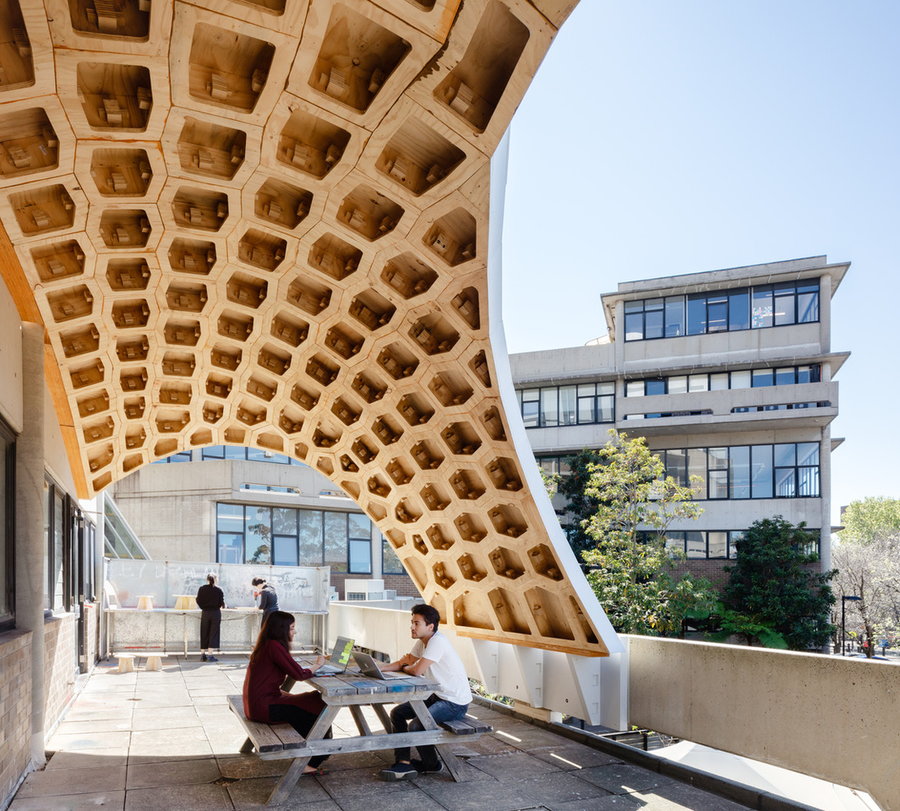 The designers explain that “due to their angular wedges, such joints allow you to compensate for certain tolerances that are intrinsic to the naturally grown material wood. These novel joints can be produced from waste material such as the smaller offcuts from the box component fabrication. Rather than attempting ultra-precisely fabricated elements, the wedges allow you to assemble boxes even when there are small imprecisions. Additionally, these joints allow for pulling and forcing the boxes together [and] closing gaps between the elements which may occur during assembly, similar to metal screw connectors. The closing of such gaps is critical for the overall precision and performance of the structure.” 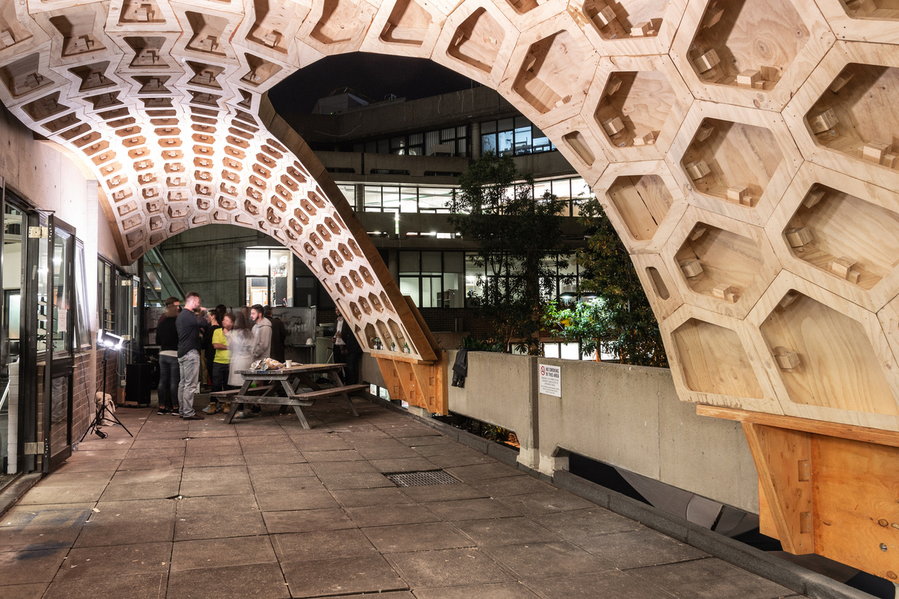 A prototype called the HexBox Pavilion DTC was created in Darlington, Australia as a collaboration between researchers and students from the University of Kaiserslautern and the University of Sydney to show what this modular system can do. As you can see in close-ups of the individual modules, the wedge joints result in a beautifully clean and simple appearance, with the overall structure resembling honeycomb. Featuring 1531 timber segments making up 201 boxes, the all-plywood pavilion is used to shelter students from the sun and rain. 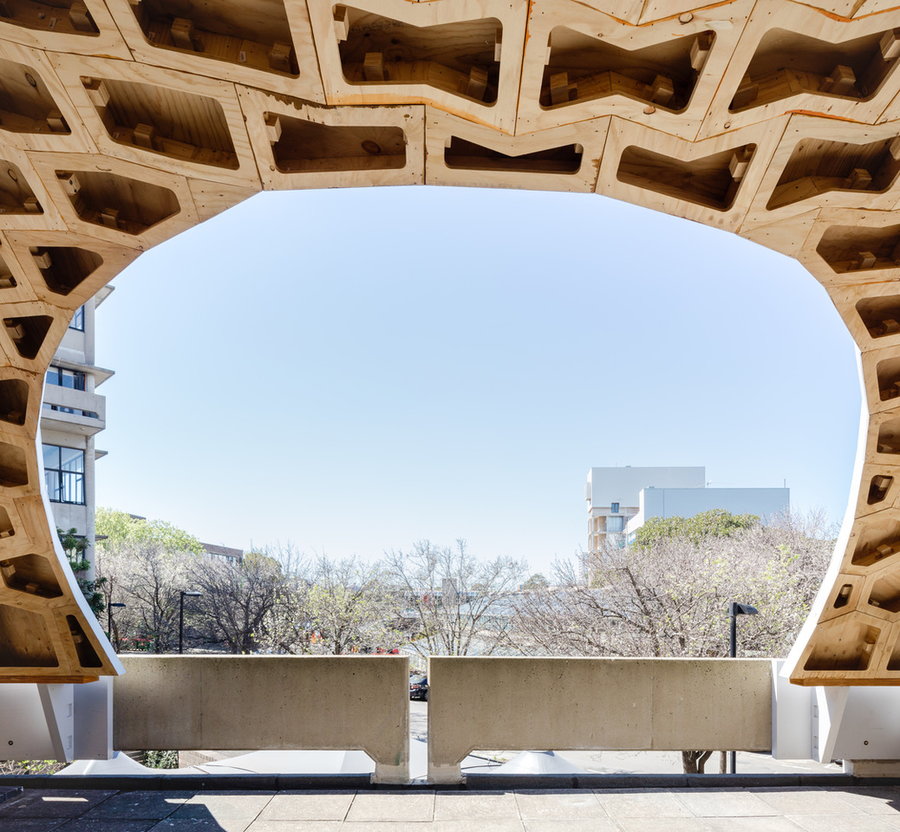 The success of this HexBox Canopy could pave the way for more architecture to be designed and built in a similar way. And it’s definitely cool to imagine it becoming more accessible to the average consumer: let’s say you could go to a website, design your structure with a digital tool, and have your custom prefabricated modules delivered straight to your door for assembly. Then, we could see a lot more organically shaped architecture popping up in unexpected places.