Unlike their more traditional counterparts, modern churches can easily blend into their surrounding cityscapes. This is because the architectural features that have come to symbolize churches, and even Christianity as a whole, are not always found in contemporary designs. A cross will be apparent, but it’s where the cross is that’s different. Modern churches can do without naves, flying buttresses, large bells in towers with steeped pitched roofs, Venetian arches, transepts, and colorful rose windows. They do not have to have a spire with a cross firmly on top. In fact, today’s churches can be as abstract in form as a contemporary art gallery.
Here are five modern churches that are unquestionably breaking the traditional mold:

The original St. Barnabas Church was erected in 1858 and stood for 148 years until it was destroyed by a fire in 2006. Six years later, the ruined structure was demolished to make way for a more modern church designed by Francis-Jones Morehen Thorp. The new church is not at all like the old one, which people would often walk by without even noticing. In such a busy part of Sydney, the new church is a more inviting space. A cross is still visible from the outside, but it is part of the façade, helping to reveal the light that’s within. Without that shining cross, people might assume that the new St. Barnabas was a fitness center or a college building, but definitely not a church. 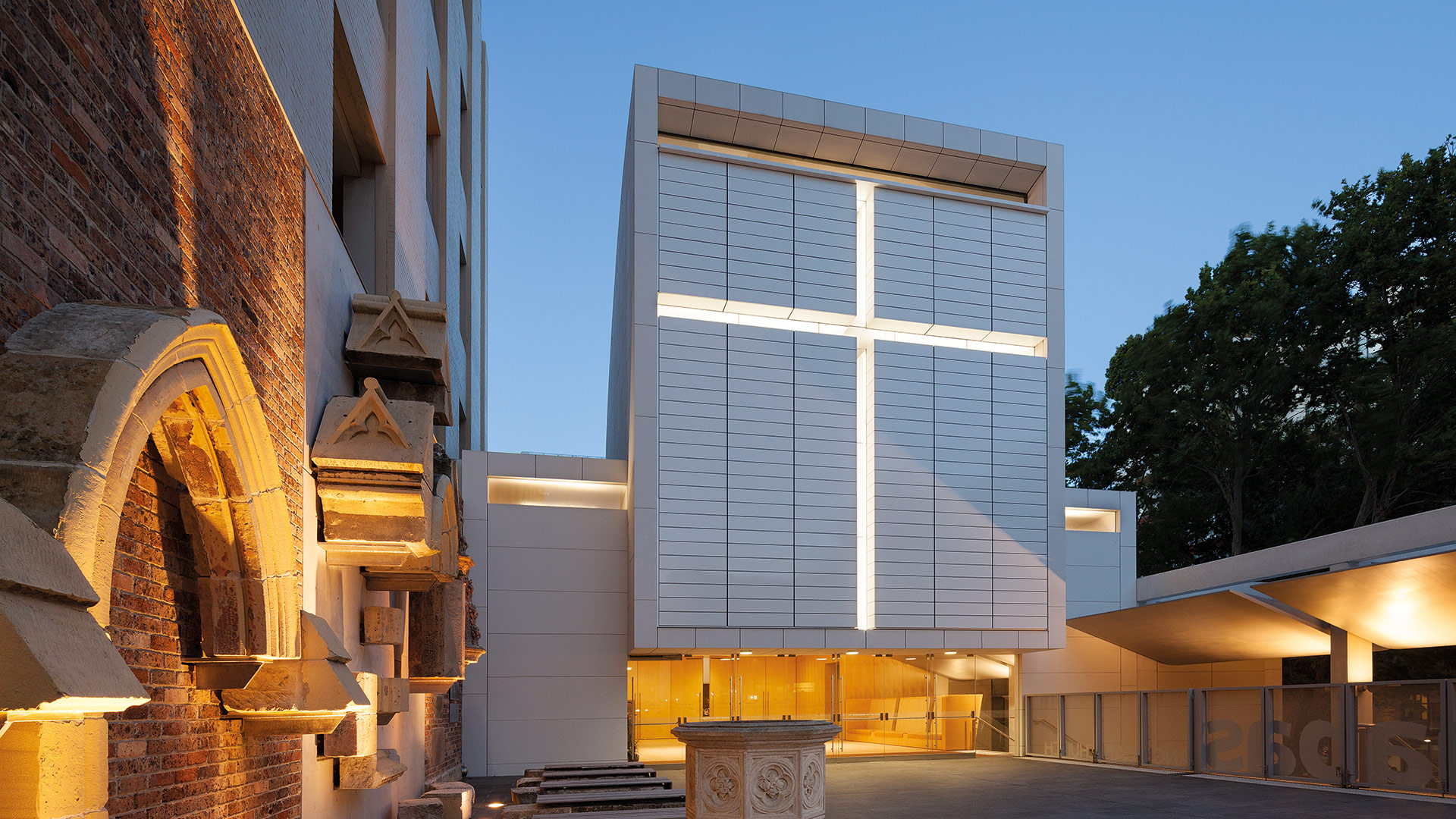 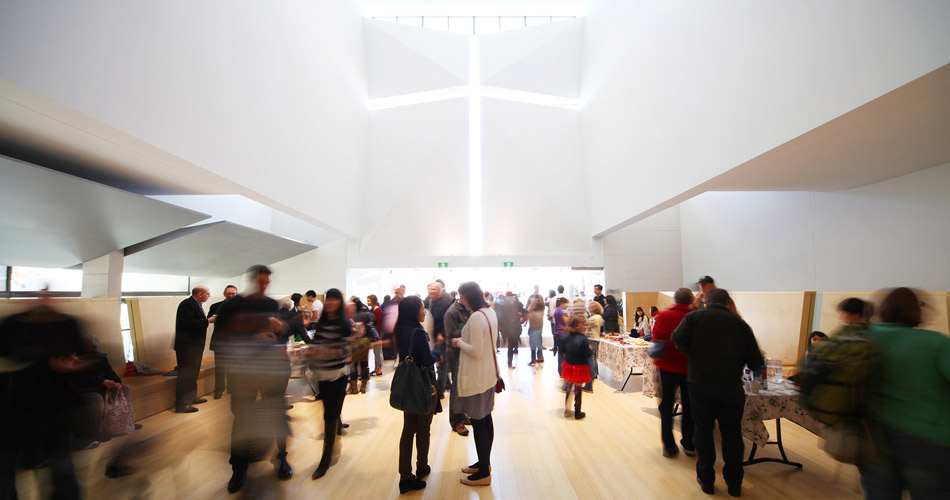 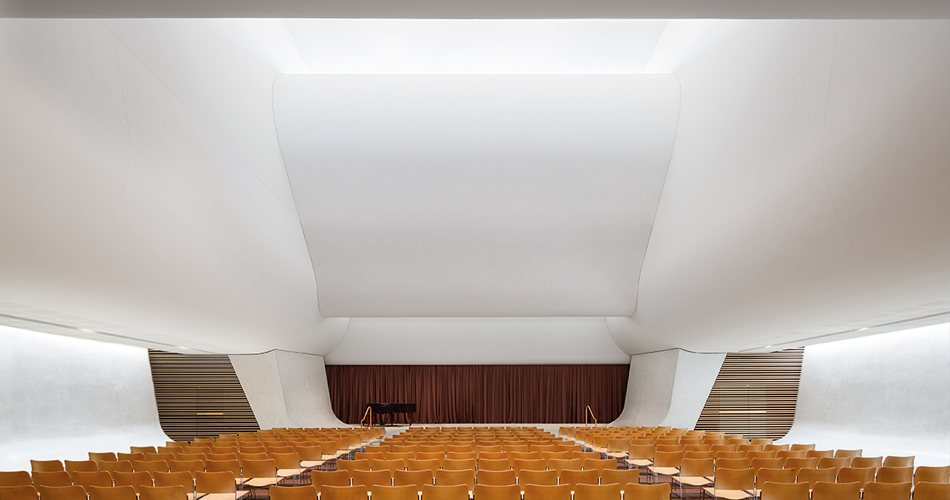 Designed by Oh Jongsang, the YMH Church was initially thought to have too simple of a design for the pastor’s liking. He was eventually won over by the architect, who explained to him that the minimalism of the design was being used to counterbalance the excessiveness of the world. When people come to worship at a church, they want a place of respite from the hectic world outside. They want to be in a place of peace, with the entirety of their attention going to worship. Although the pastor liturgically understood the concept, he failed to grasp it architecturally. There was not a large budget for this project, which also included a residence for the pastor on the upper floor. 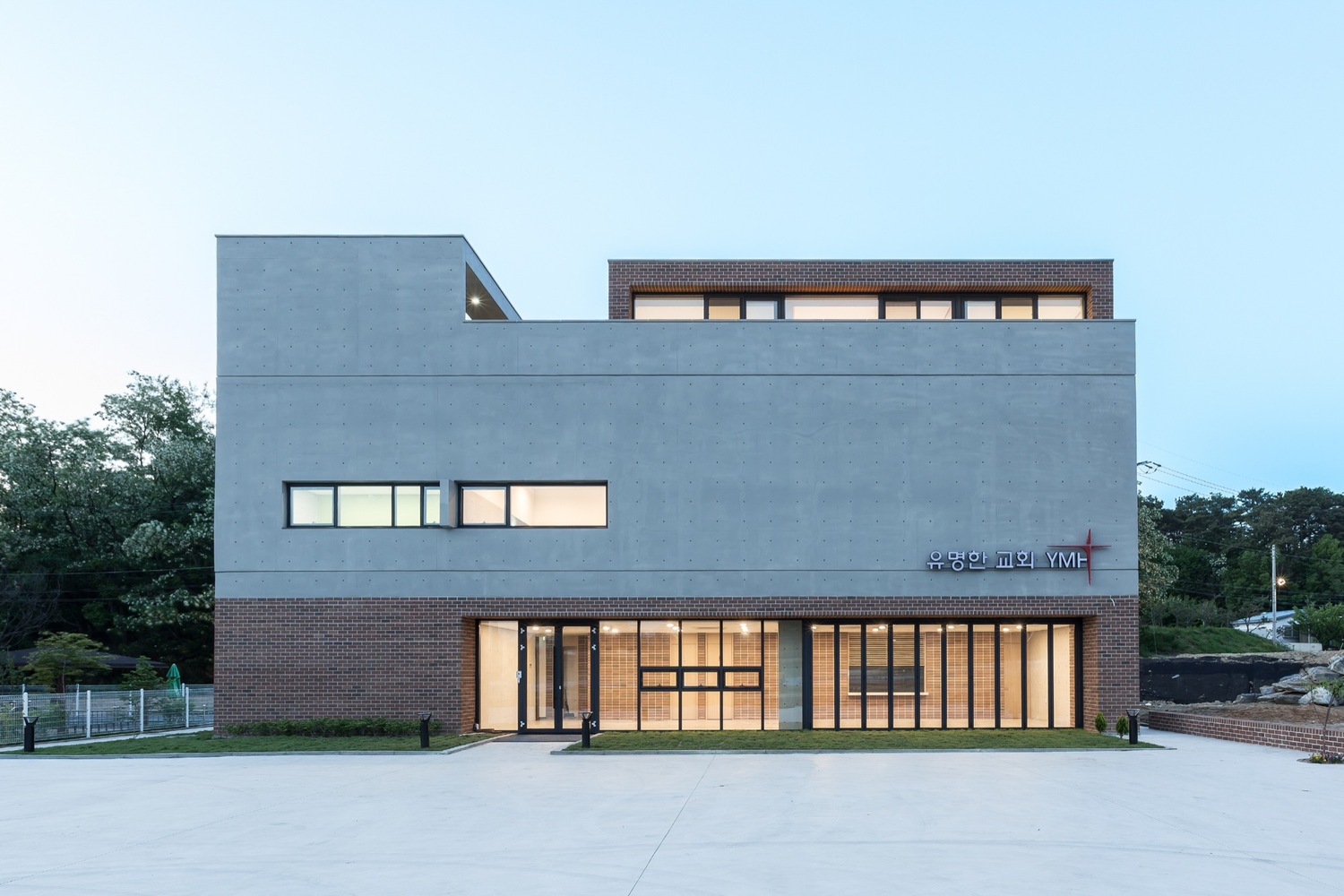 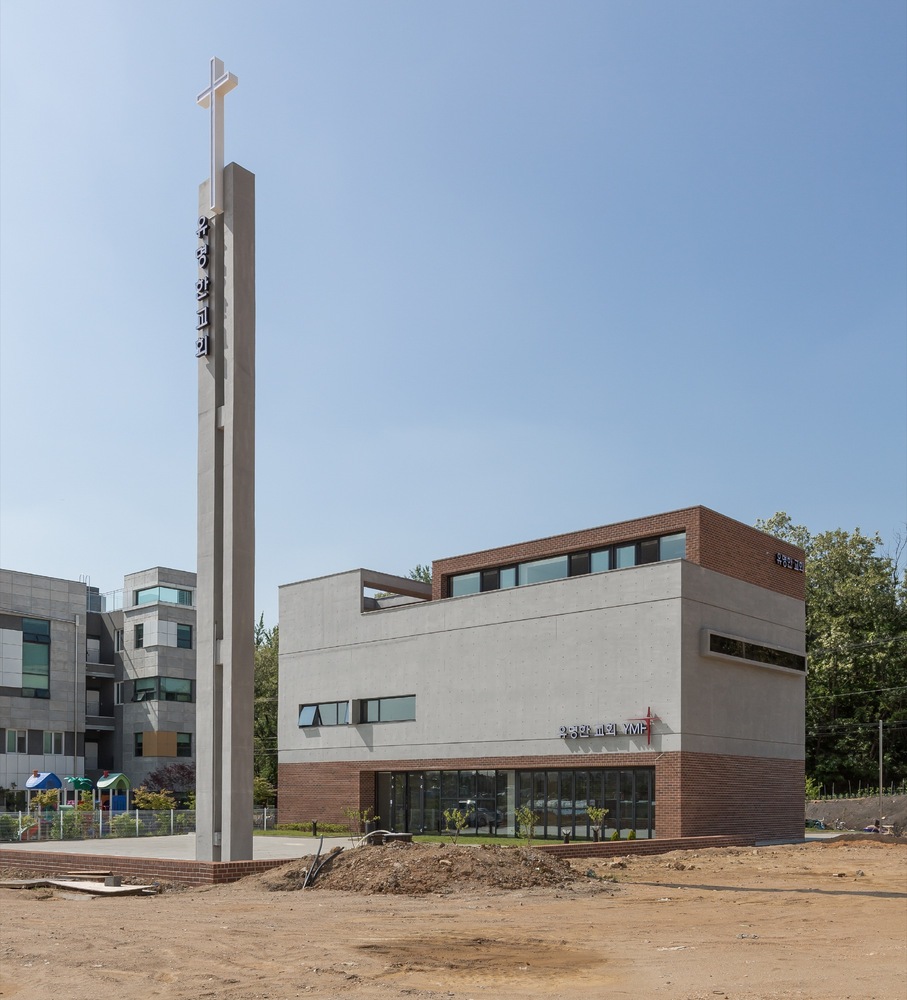 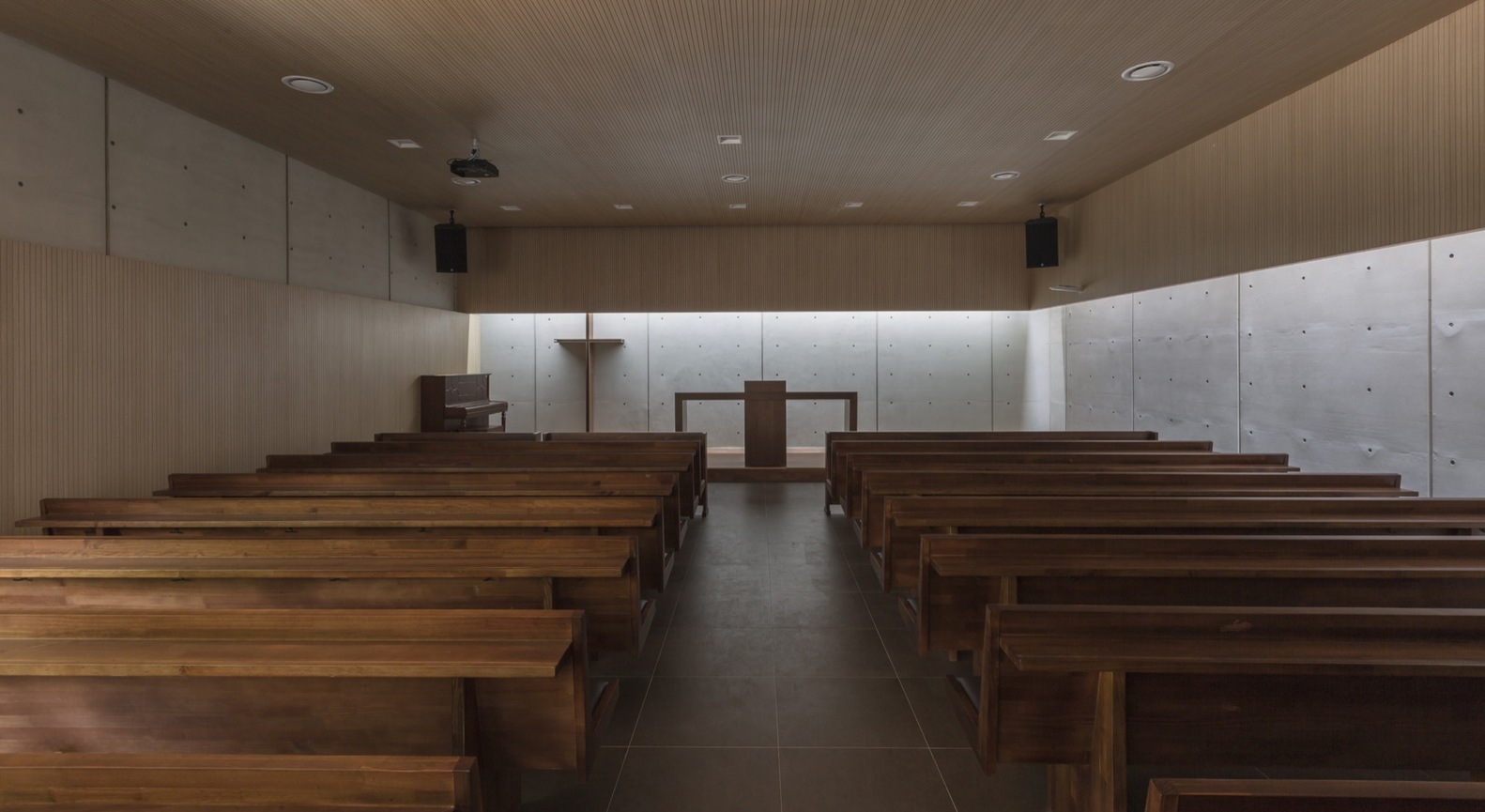 The pastor of this church wanted it to resemble the biblical metaphor of an eagle soaring high and serve as a transition point for non-believers to be born again and transformed into believers. Designed by MAYU Architects, the façade of the church is filled with perforated aluminum screens, which the architect named “feathers” in keeping with the metaphorical desire of the pastor. These screens filter natural light as it enters the sanctuary. In comparison to the hardness of the street outside, this more delicate façade makes the church feel very welcoming to the community. 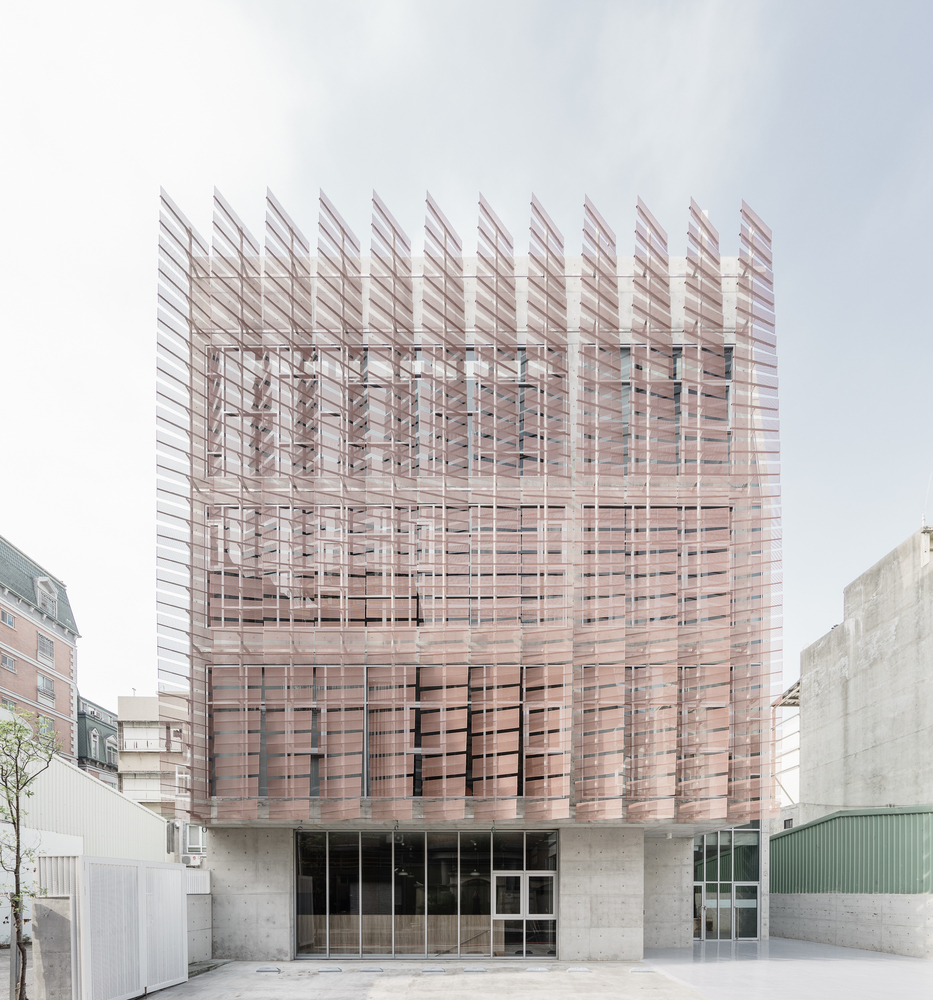 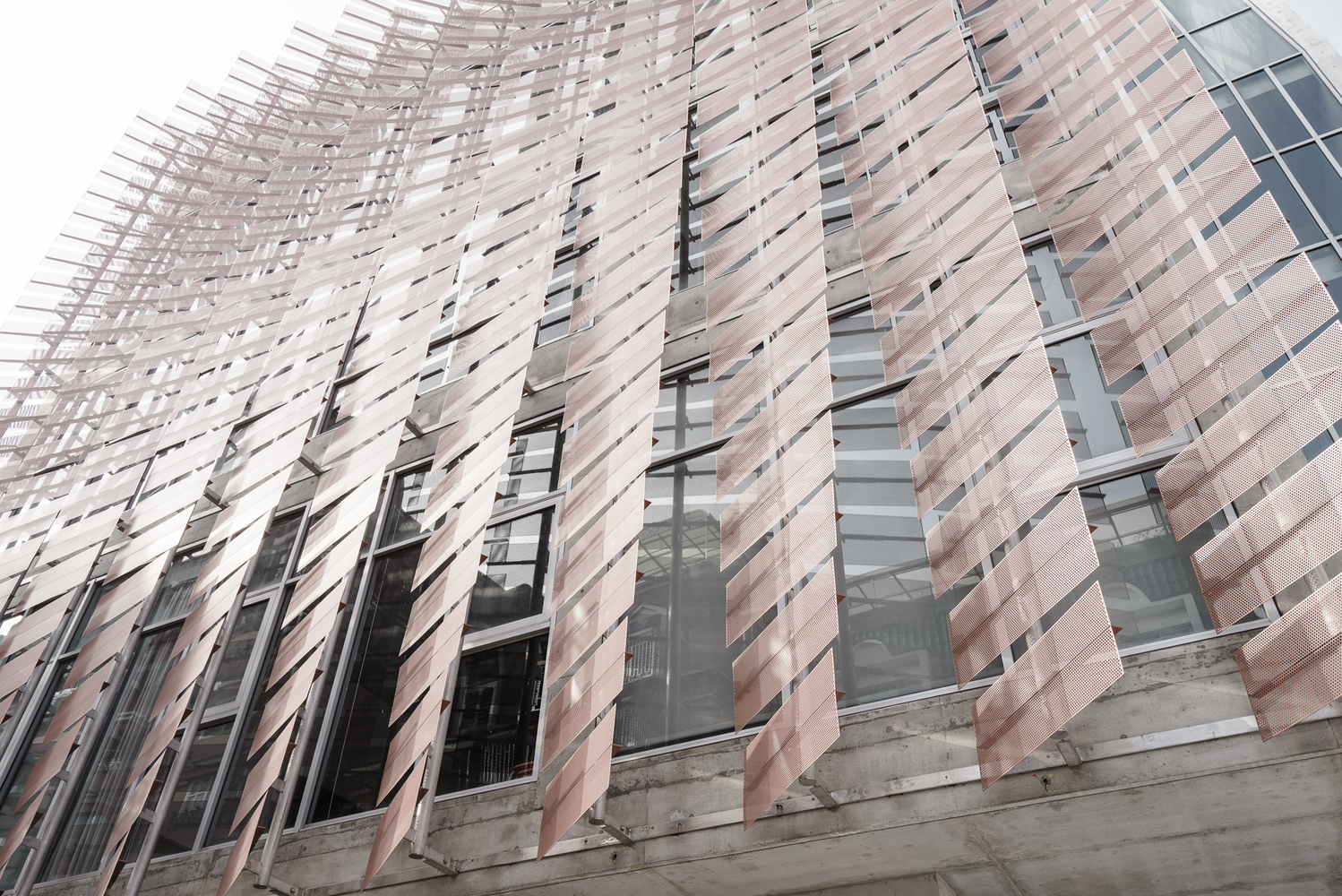 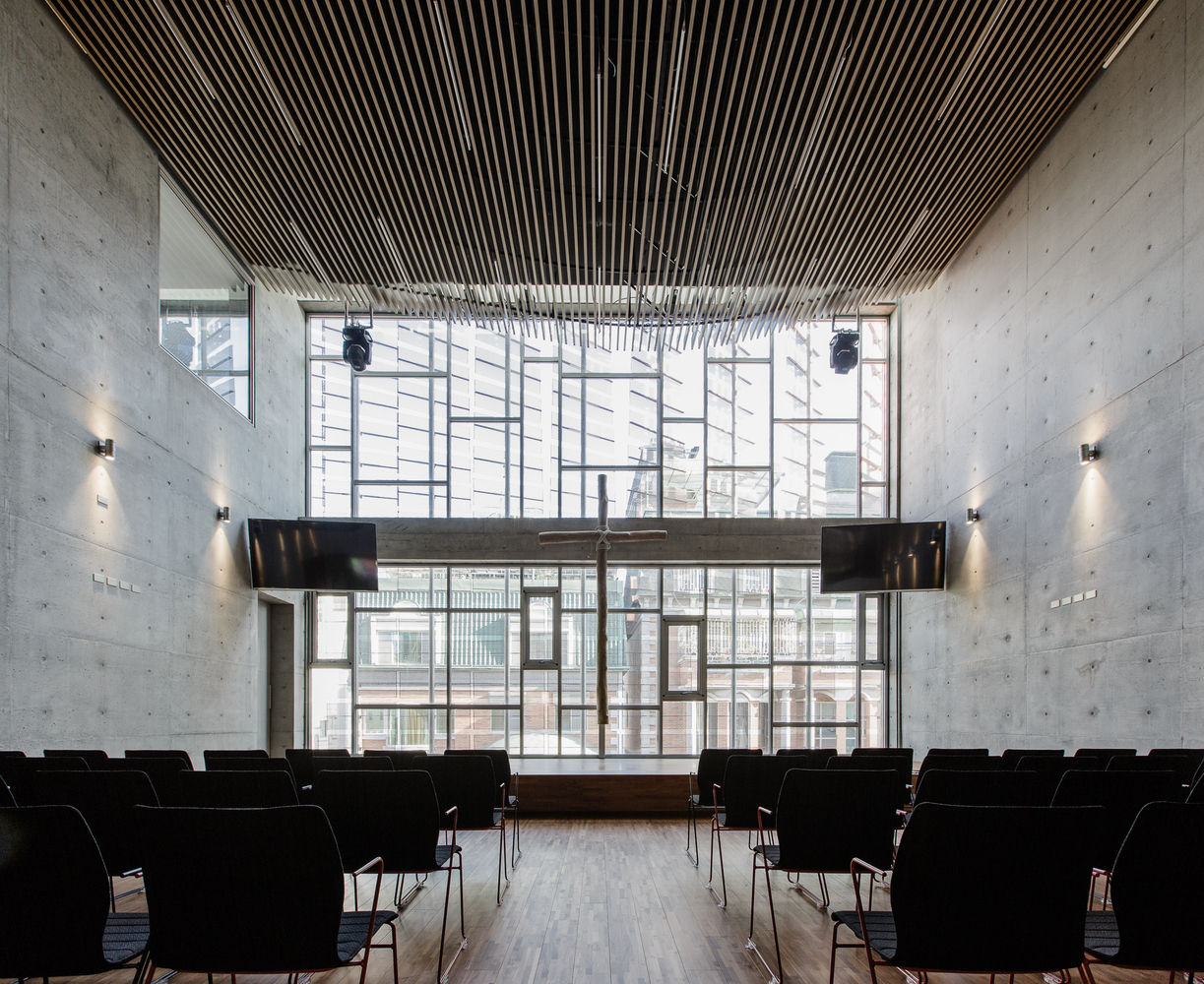 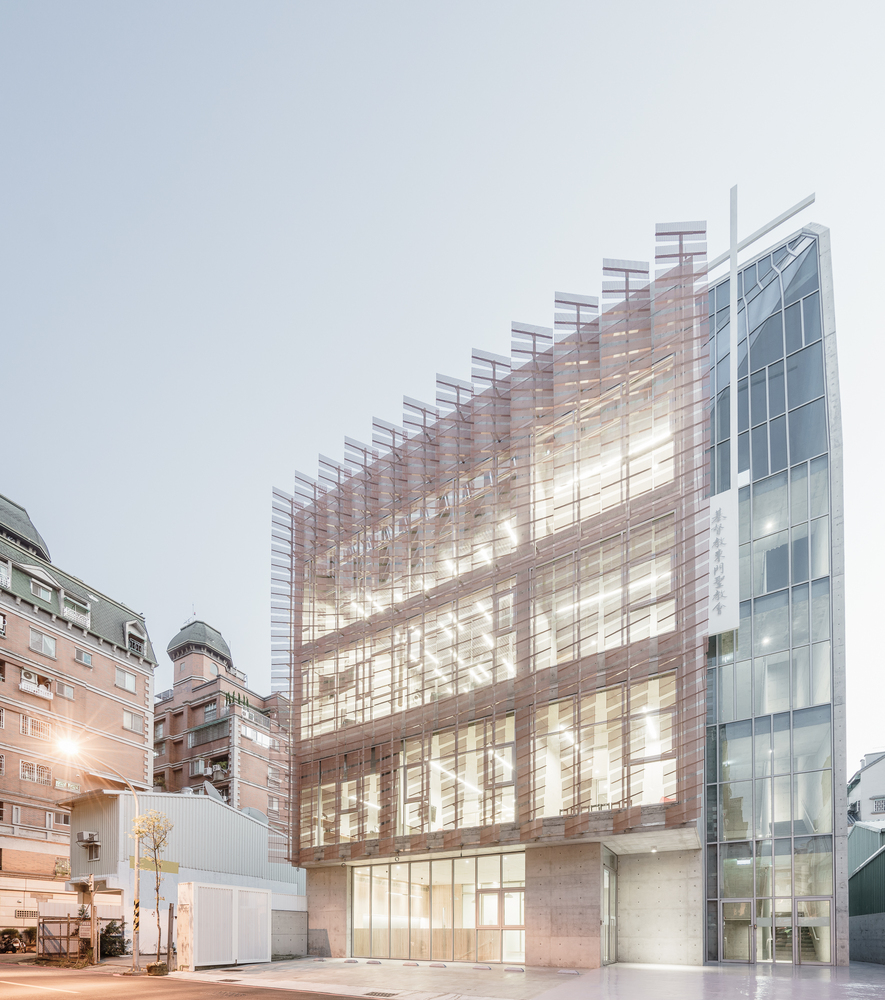 In the midst of a residential housing complex lies the Closest Church. It too acts as a type of community focal point for those hungry for divine intervention. Designed by IDMM Architects, this church, like many of the firm’s other projects, uses concrete formalism to distinguish sections of the building and frame certain views. The church functions as a landmark for its densely-populated neighborhood. Since it was built on such a small portion of land, the architects had to arrange parts of the church vertically in order to maximize the amount of available space inside. The result is a sculptural place of worship that few would recognize as a church if not for its glowing cross. 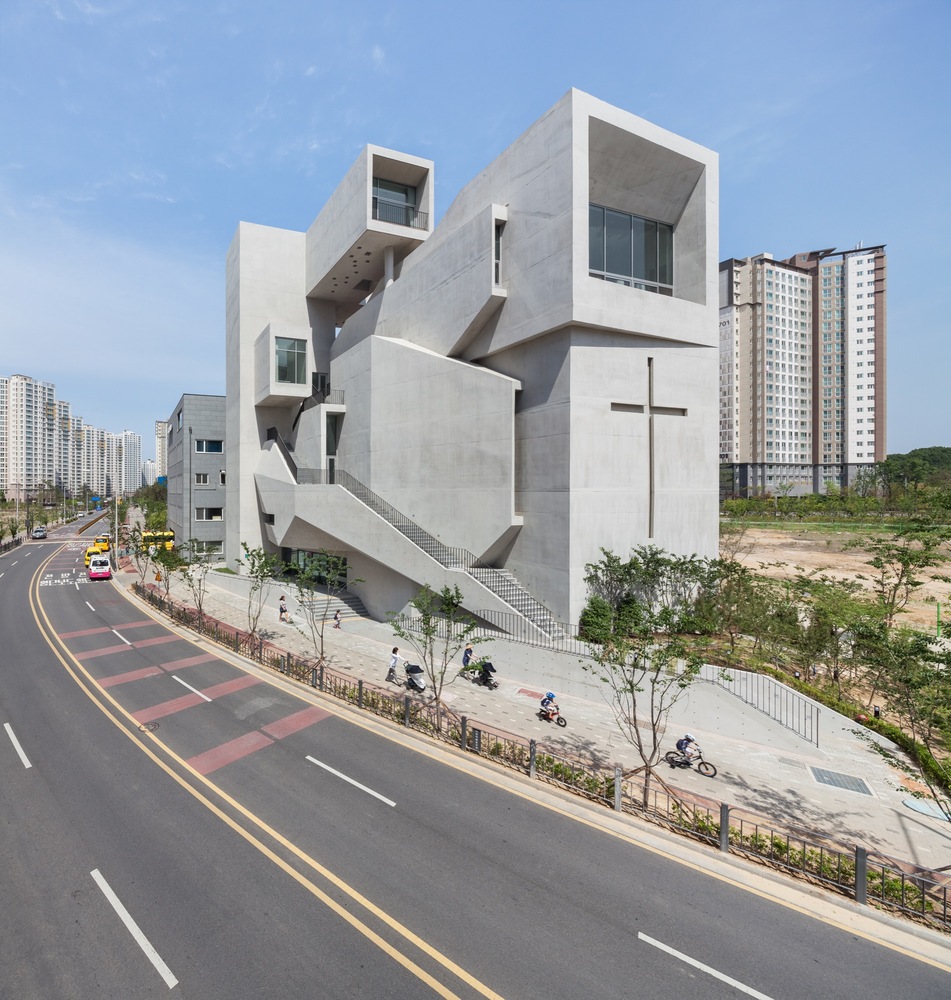 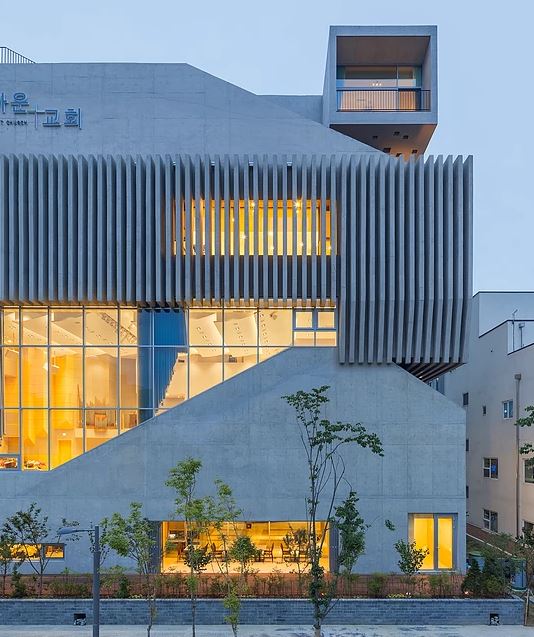 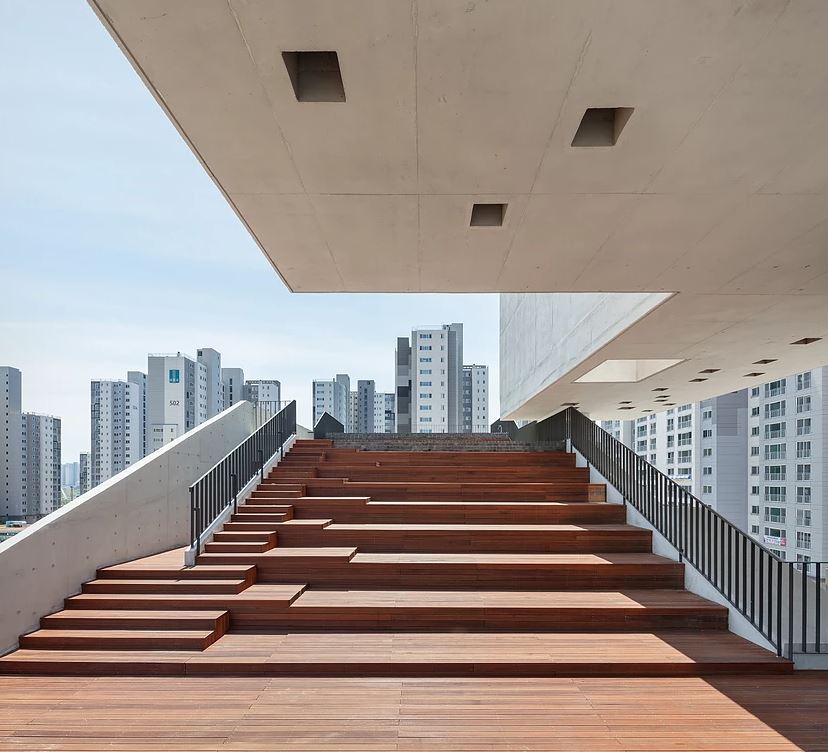 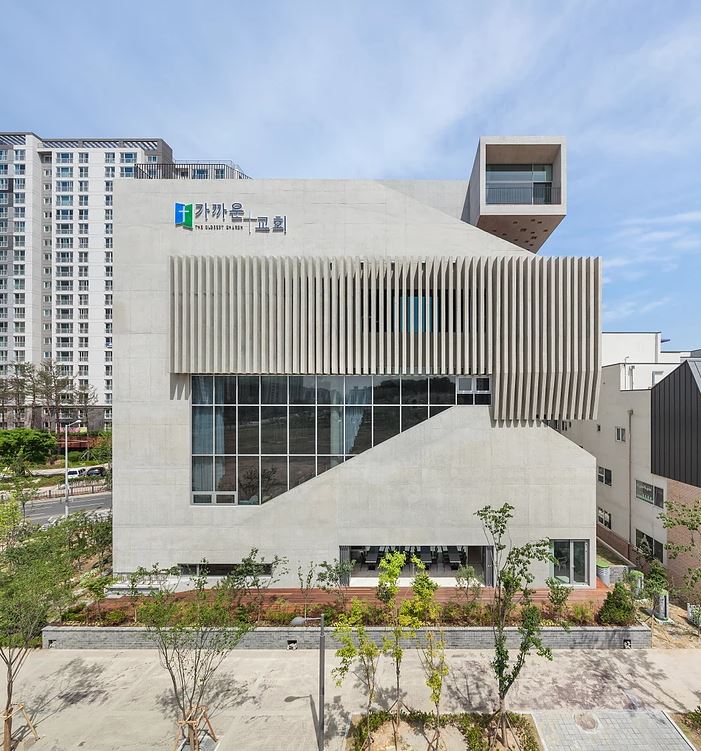 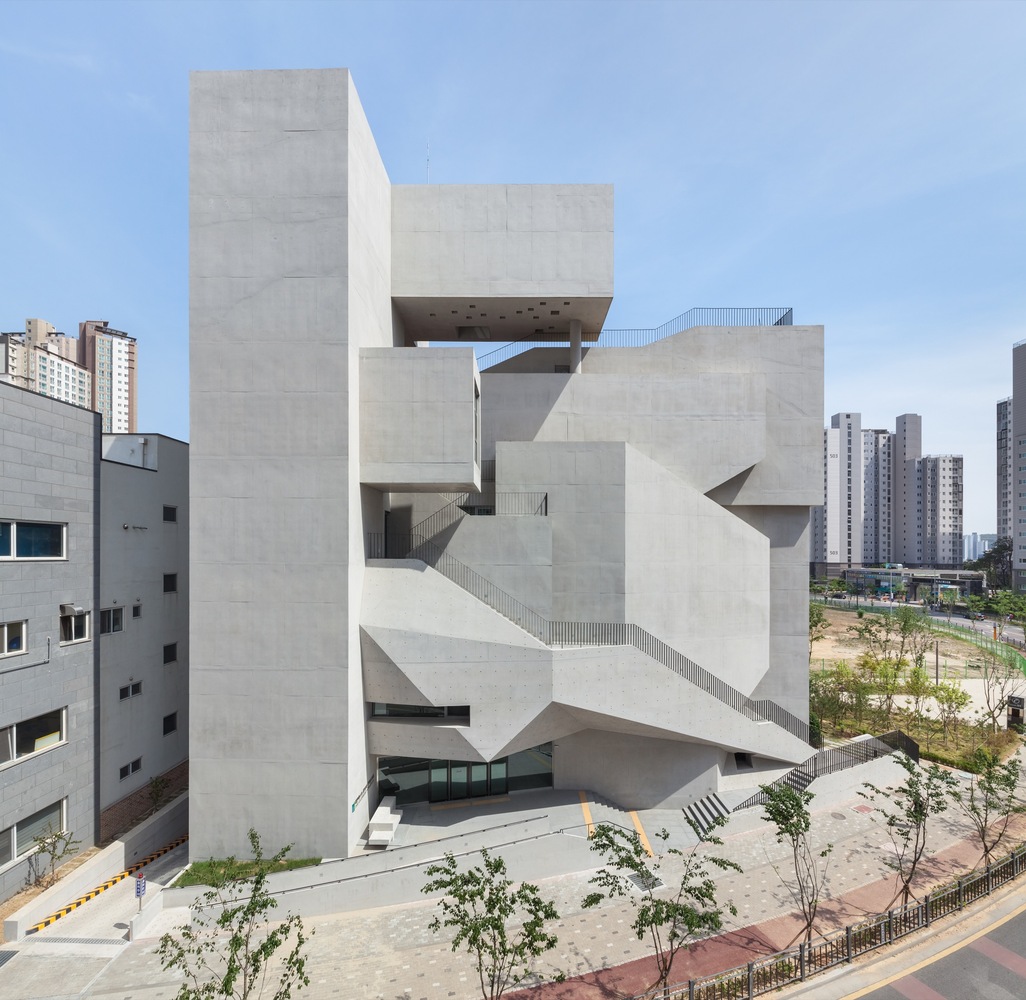 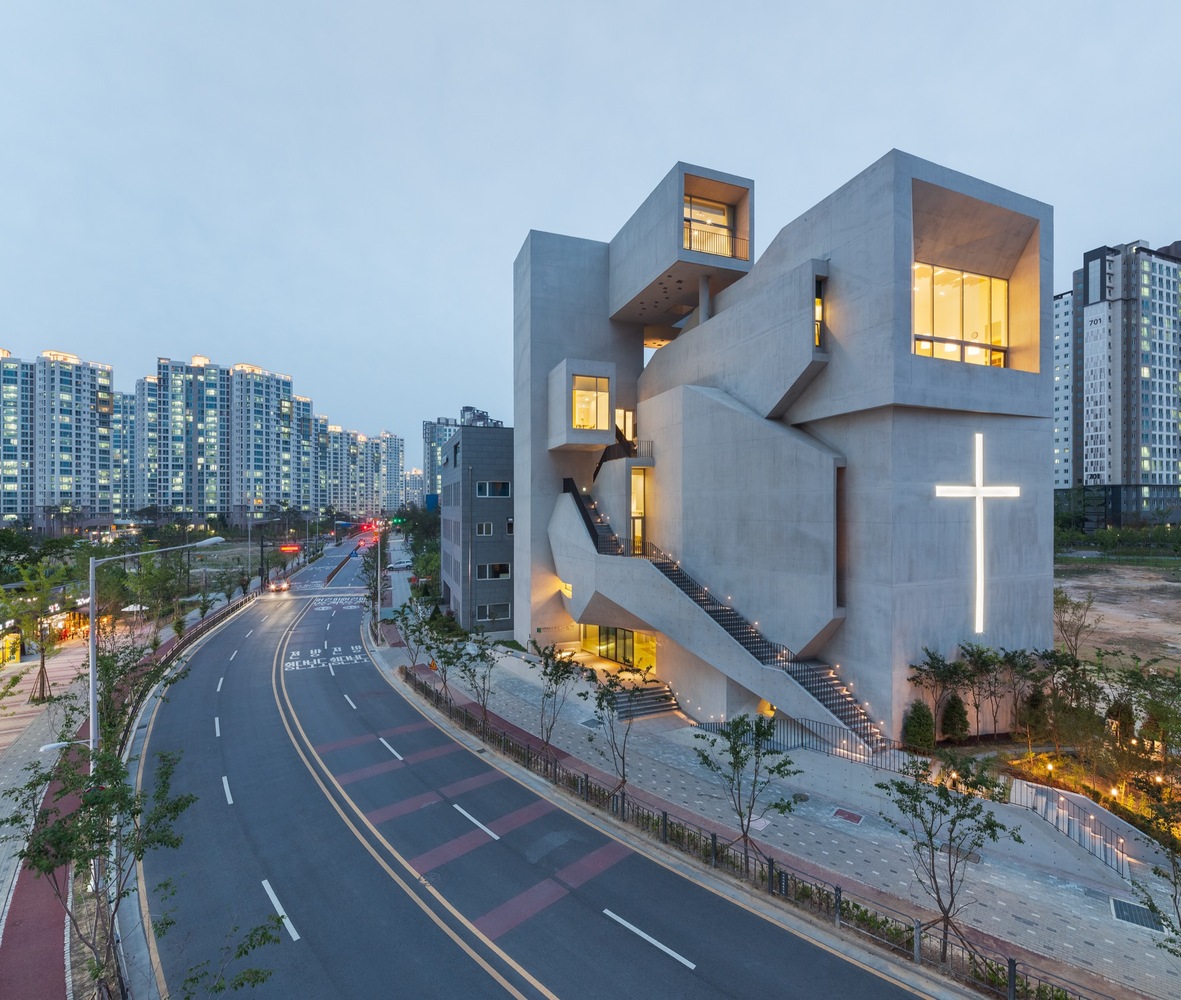 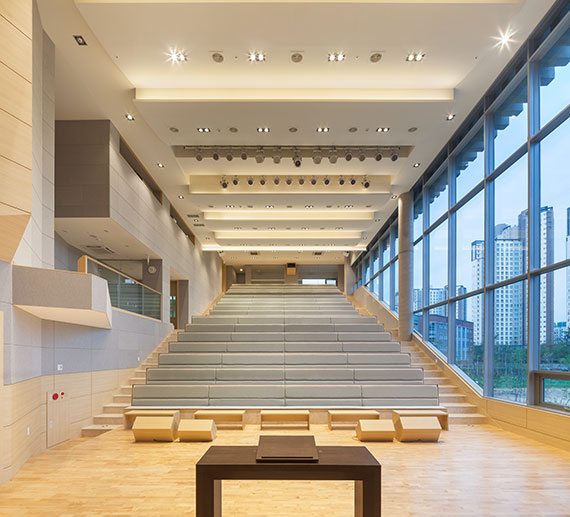 Similar to the four aforementioned churches, this church was given an addition to make it more approachable to the community. DKO Architecture designed a new entrance that looks something like the entrance to the corporate headquarters of a global sports brand. On top of the entrance is a parking lot, playground, and landscape, where members of the congregation can sit and reflect on sermons or simply continue fellowship after the service is over. 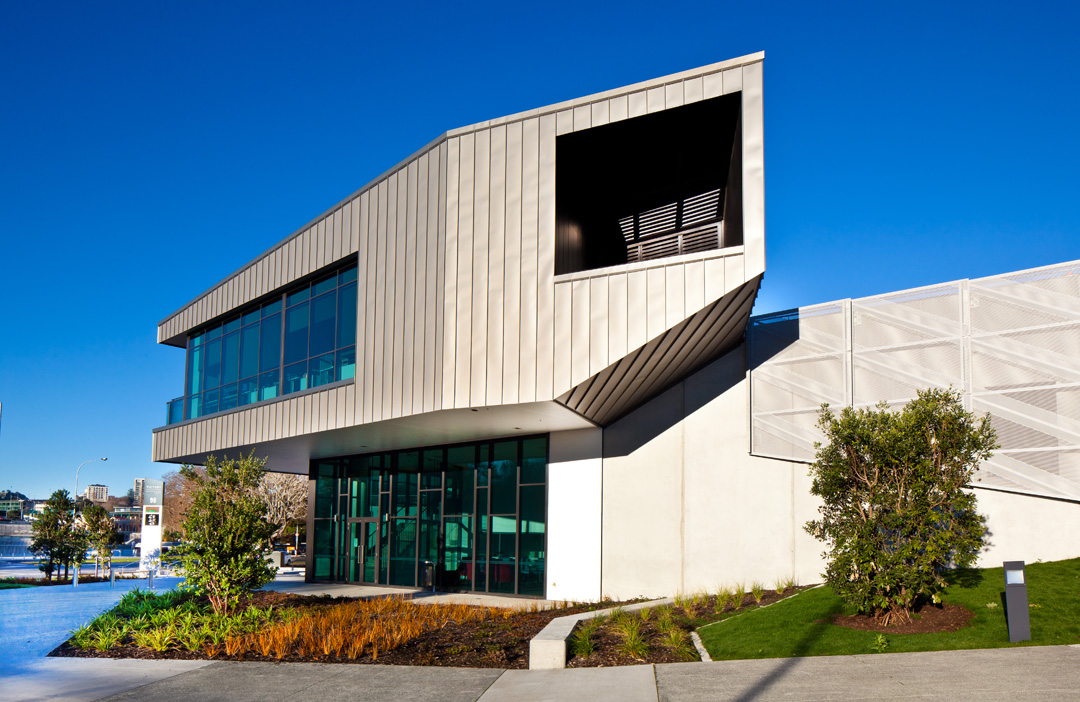 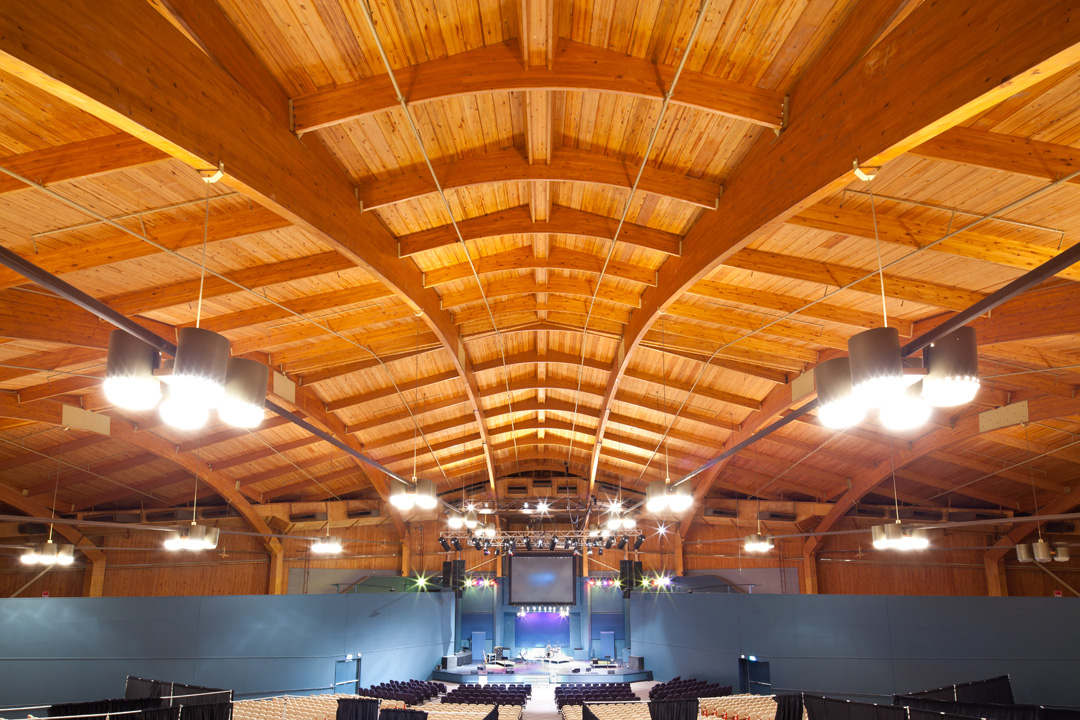 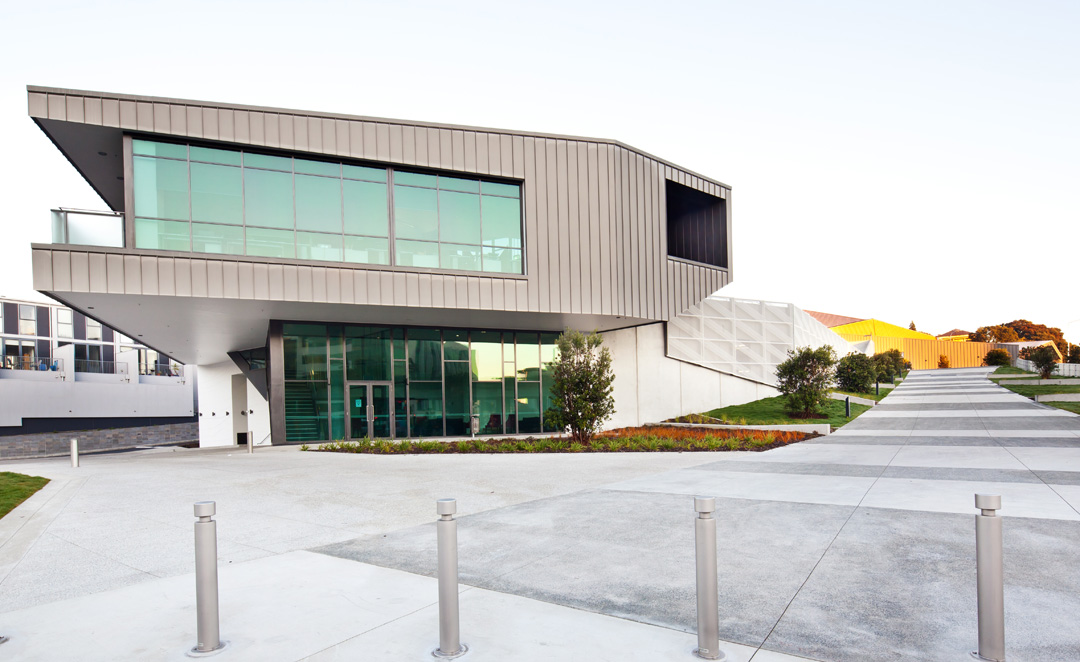 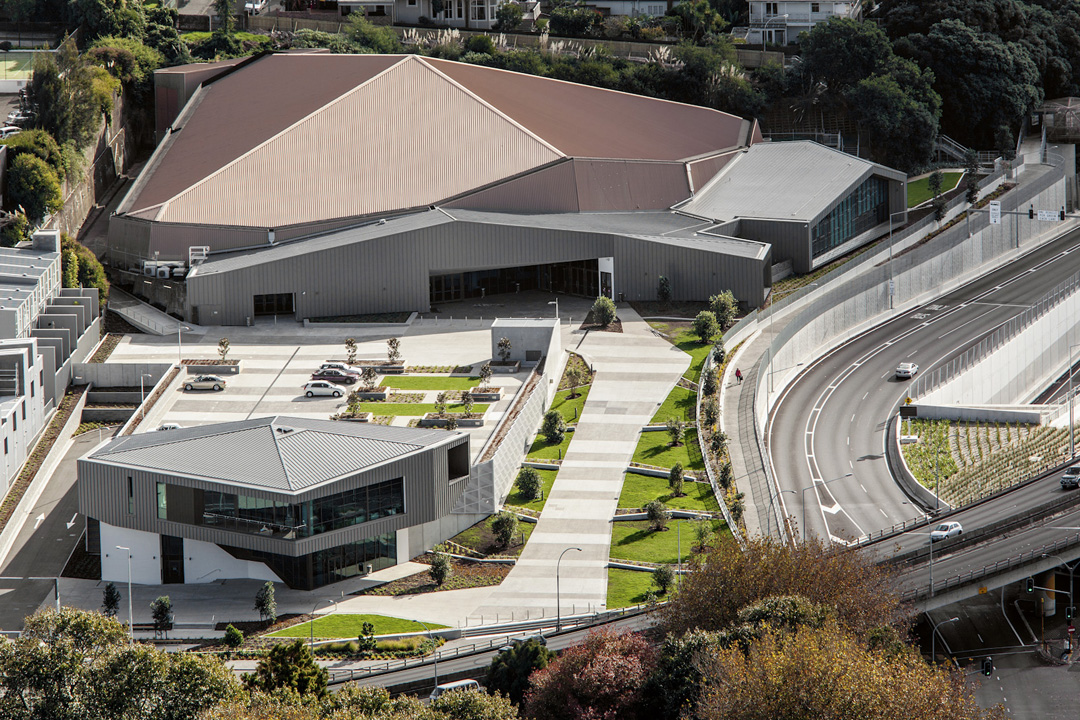 These five modern churches do not have the stodgy architectural features that are lovely to photograph, but they end up being much more inspiring to their visitors. Even though a church is a place of worship and its design (as well as everything else about it) should come secondary to that purpose, modern churches provide a truly unique spiritual experience. They tend to be brighter, more welcoming, and a lot more focused.